I know it might sound ungrateful to many, but when I receive a PR sample through the post that only contains beige or nude colours, I ge... 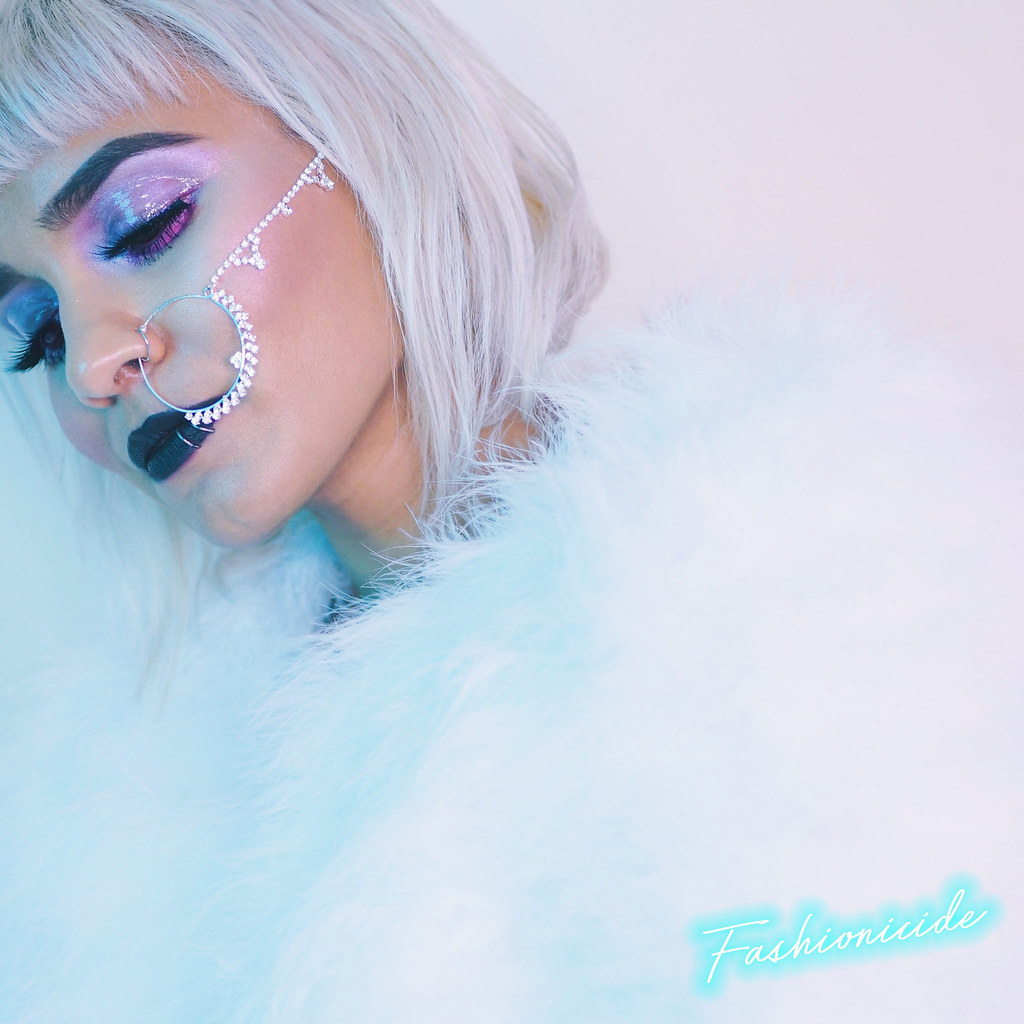 I know it might sound ungrateful to many, but when I receive a PR sample through the post that only contains beige or nude colours, I get really disappointed. Particularly if that brand has other products due for release that are full of colour. It just says to me that the PR hasn't read my blog, and has no real interest in what I do. And it happens all the time. I mean, when was the last time I reviewed bland or beige makeup? I really do not understand why anyone would send me something I'm never going to use. 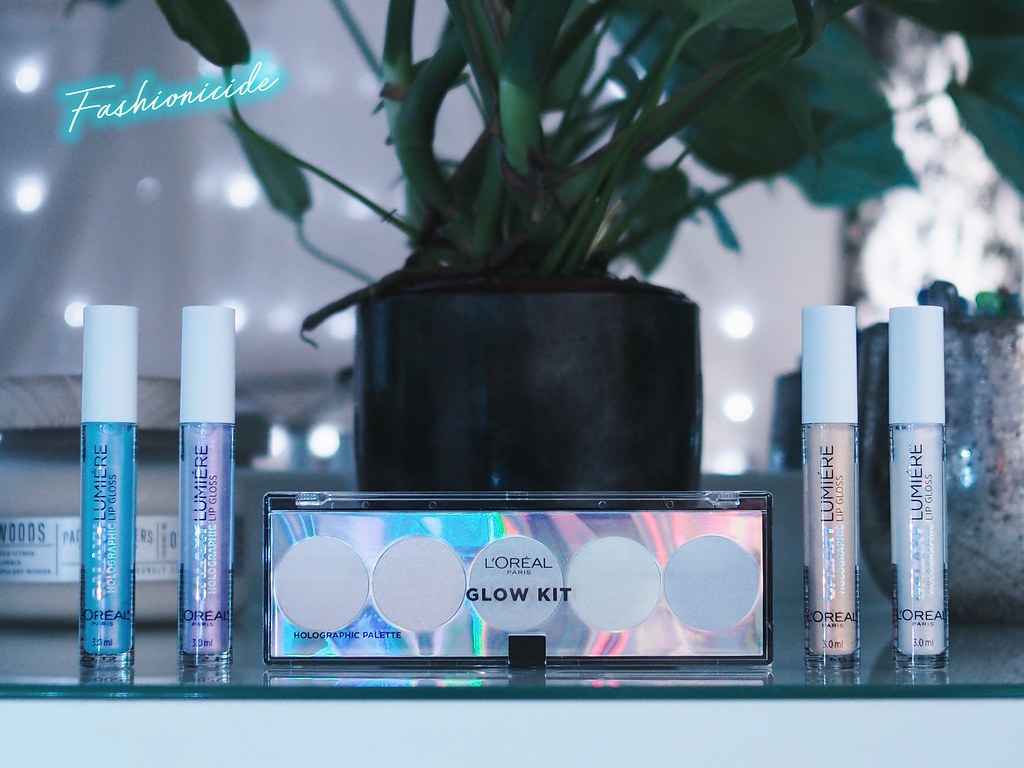 So imagine my surprise when L'Oreal sent me their *Holographic Lip Glosses and Glow Kit collection! I'd seen a few 'first impression' reviews of the collection, and having seen some nice shots of the packaging, was really keen to give it a try. In the flesh, the packaging is of course holographic, but also places focus on the actual products. The Lip Glosses are in shiny tubes, allowing the colours to take centre stage, and the Highlighters are beneath a transparent protective window, nestled into a holographic palette. 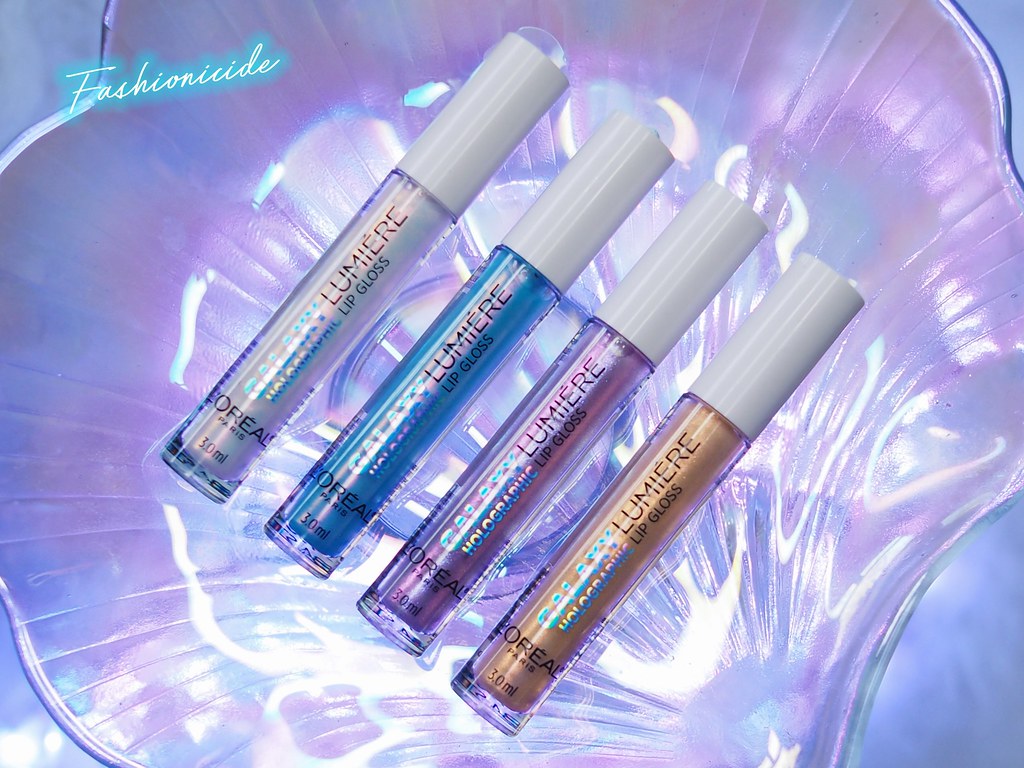 The packaging looks futuristic, in the sense that it's quite minimal: white lids and a clear plastic casing let you see that alien shine. The applicator inside is attached to the lid, and is spongey. 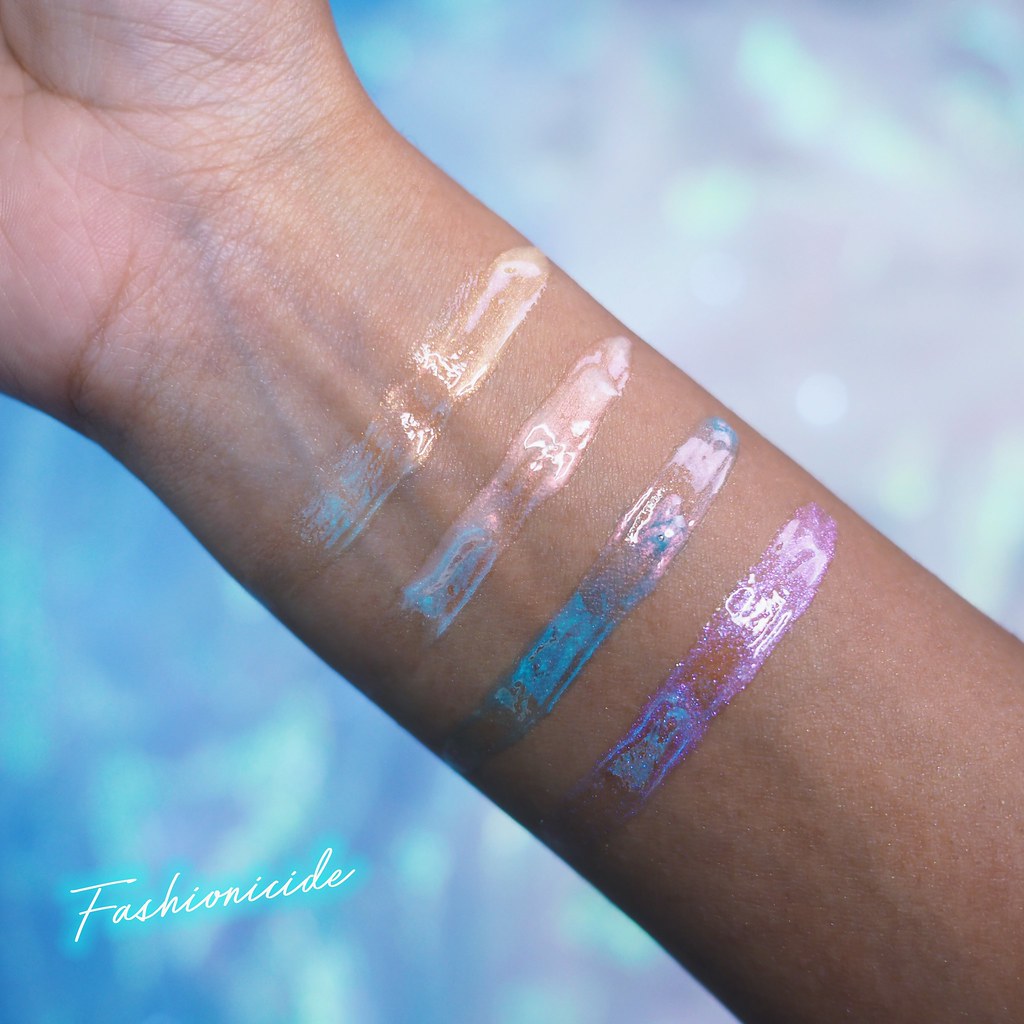 
I guess the first thing to say is that these glosses are not holographic, they're iridescent, and yes there is a difference between the two. Either way though, the swatches look pretty ethereal! I have to be honest at this point and say that I rarely ever wear lip glosses, as the colours barely ever show up on my pigmented lips. So on those rare occasions that I do use them, I tend to layer over a nice, dark lipstick.


It didn't really come as too much of a surprise to me then, to find that I couldn't really pick out much of the iridescent goodness of these glosses when applied direct to the lips with nothing beneath, but when layered over the top of a darker burgundy or black lipstick, the multifaceted shine is quite visible.

What I do tend to use Lip Glosses for though, are the glossy eye makeup looks I so adore. But here, L'Oreal have let me down. It seems a bit harsh to criticise a product for being unable to do something it isn't meant to do, but these glosses were a real pain in the ass to work with when creating a glossy eyed look. First of all, the glosses are really heavy and uncomfortable on the eye, and secondly that heaviness makes it quite difficult to spread over the lids, making it appear patchy and uneven. It actually felt pretty sticky, which is no bueno for glossy lids. 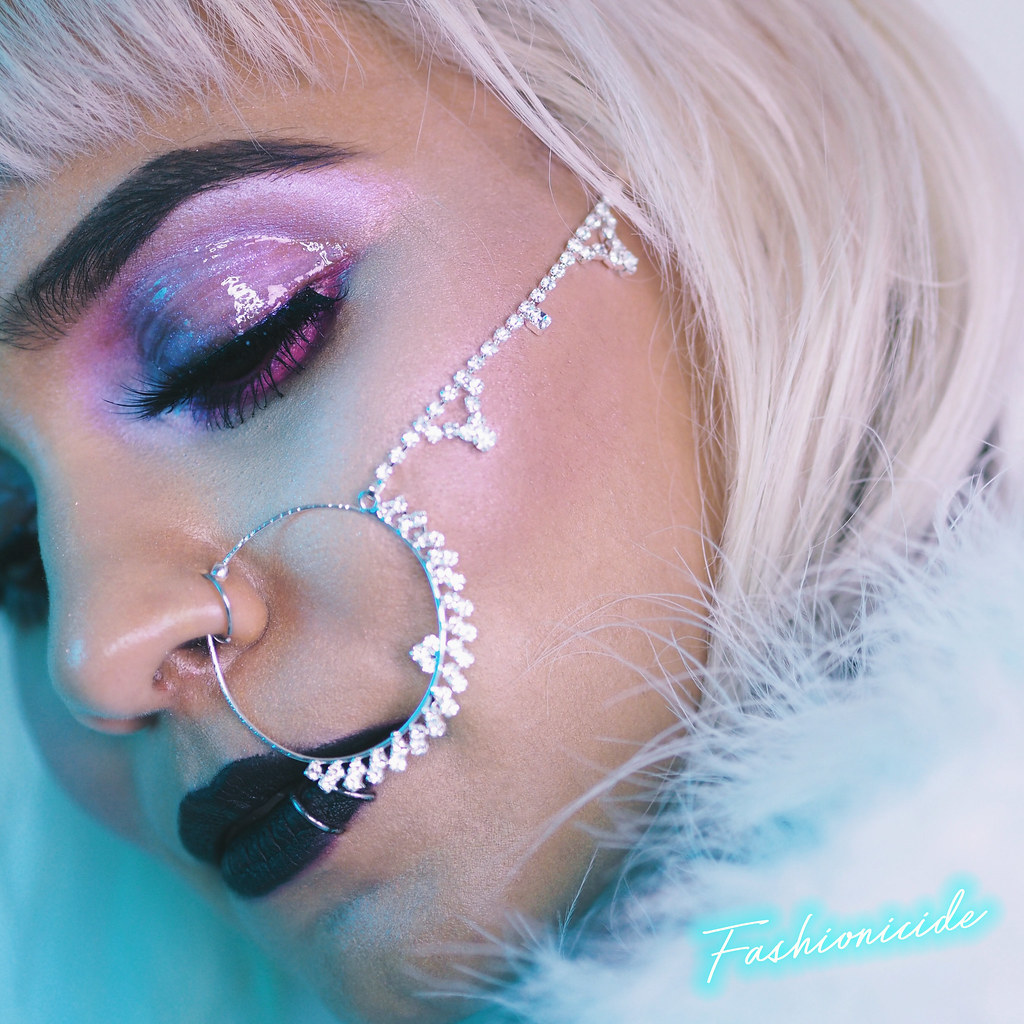 In the look above, I'm wearing the shade Polaris Pink on the outer lid and Sapphire Star on the inner part of the lid, both on naked skin with no eyeshadow beneath. What you see is that the colours and the gloss look pretty fabulous, but the coverage is inconsistent. Again, can't really fault L'Oreal too much that their LIP glosses don't work well on or around the eyes, but it's one redeeming feature is that the heavy, sticky formula will last much longer on the lips, you just have to deal with the wind constantly making your hair stick to it.

What you may also notice from the look is the brow bone highlight, which is Purple Nebula from the Holographic Glow Kit, which... uhh... leads me on quite nicely to the... 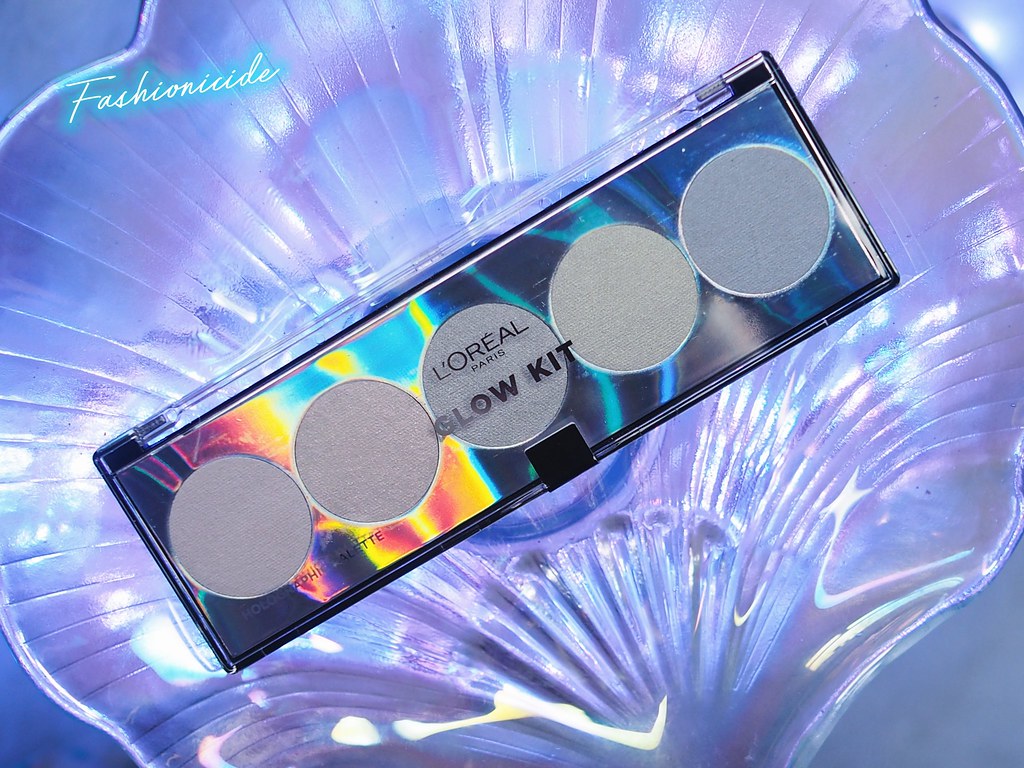 The 5 shades come in some nice holographic packaging. My kickass shell plate is not included though. 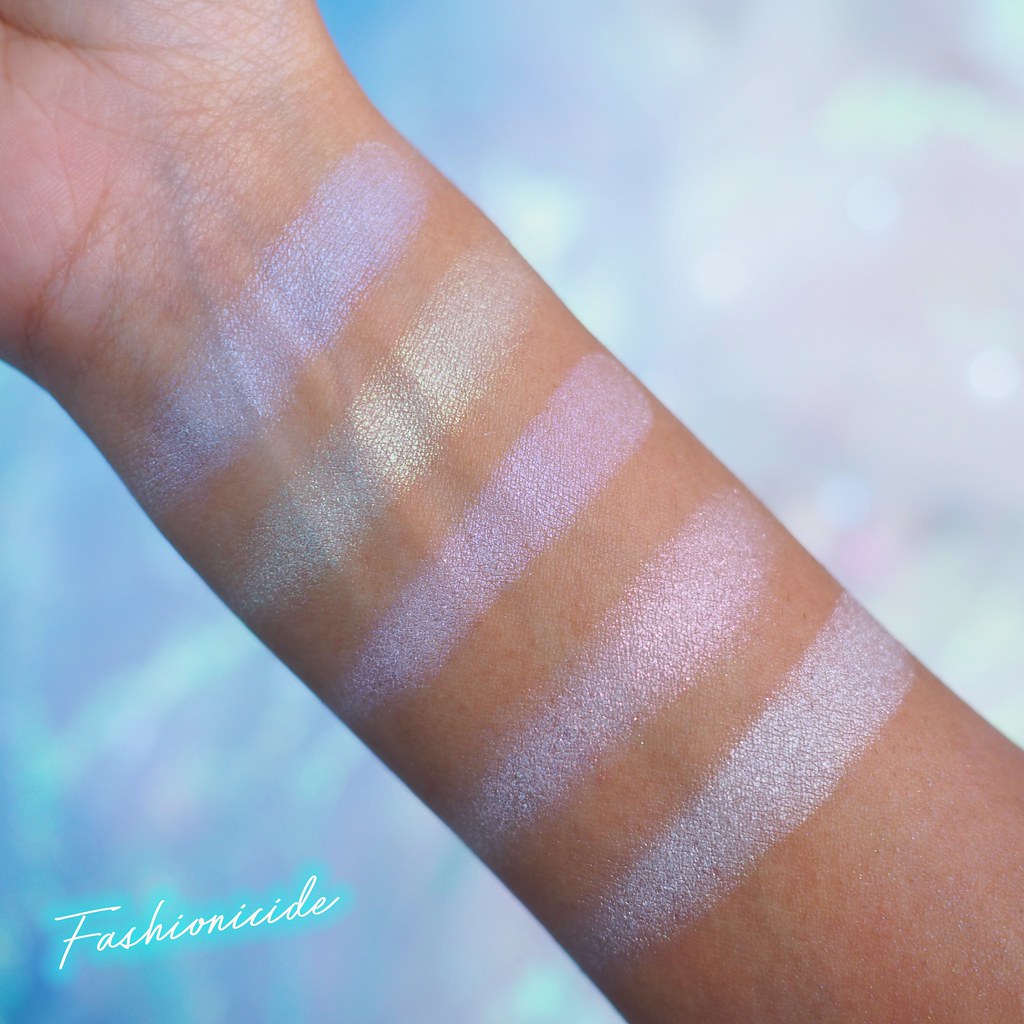 
As with the Lip Glosses, the word holographic isn't appropriate for the highlighters, but iridescent most certainly is. In my opinion though, these highlighters are just a little bit too subtle for me, but would work perfectly for someone who is just starting to explore the brave new world of highlighting and are looking to add some colour to their collection. This can be quite a scary thing to do, so this palette is perfect for that scenario, as the colours are not blindingly pigmented.


I managed to rotate between all of the highlighters over the course of a working week, and I wasn't really convinced by these at all, but I couldn't quite put my finger on why that was. So I did a bit of a comparison between these and the Kat Von D Alchemist palette, just because I actually thought the L'Oreal version could be a potential dupe. What I found is that L'Oreal's just isn't as smooth as your typical highlighter, it's also a little chalkier and a bit more glittery. KVD's are also much more pigmented than the L'Oreal Holographic Glow Kit, and give much more of a shine. 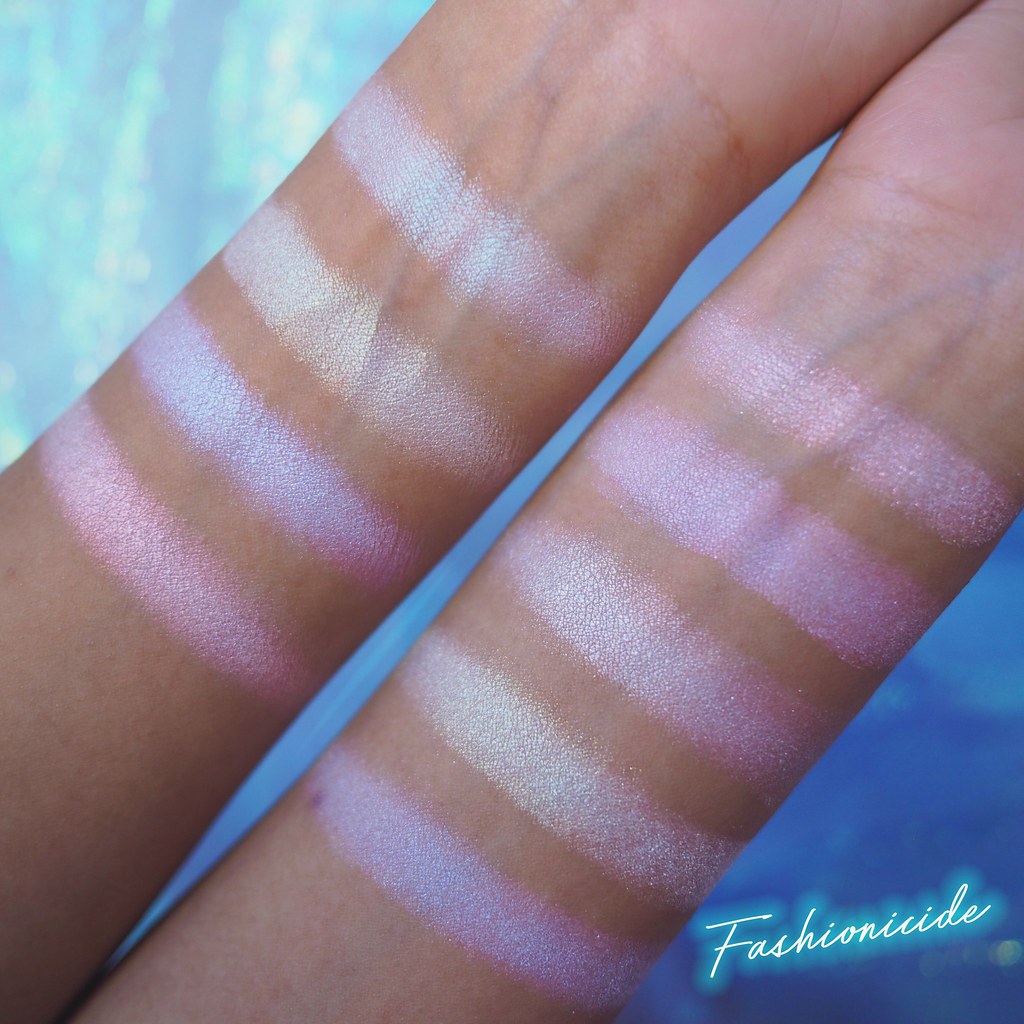 And it's that lack of shine is what lets down L'Oreal here, as it does add a bit of light to the face, but it doesn't give that 'in your face' glow that I so love. I like my highlighters to give me the glow of the gods, and this doesn't come close to that. But having said that, if adding a some gentle, subtle colour to your cheekbones is more your thing, then this could be the highlighter for you.

A final thing to note on the highlighter kit, is that their formula makes them pretty ideal to use as eyeshadows, and as I mentioned earlier on, I did use Purple Nebula on the brow bone, and was seriously impressed by how much glow it added to the overall look.

My verdict? If you can afford £25 for Kat Von D's Alchemist palette, go for that. If however, you can't justify that kind of money, or you're looking for something a bit more subtle to add some colour to your collection, the Holographic Glow Kit will be right up your street. As for the Lip Glosses, if you have pigmented lips like me, you'll probably be fully aware that the struggle is real, and these do not help in that respect. If you're looking to use the lip glosses around your eyes, these probably aren't for you either. However, if your lips aren't pigmented, and you love a bit of iridescent dazzle on your lips, you can't go wrong with these. 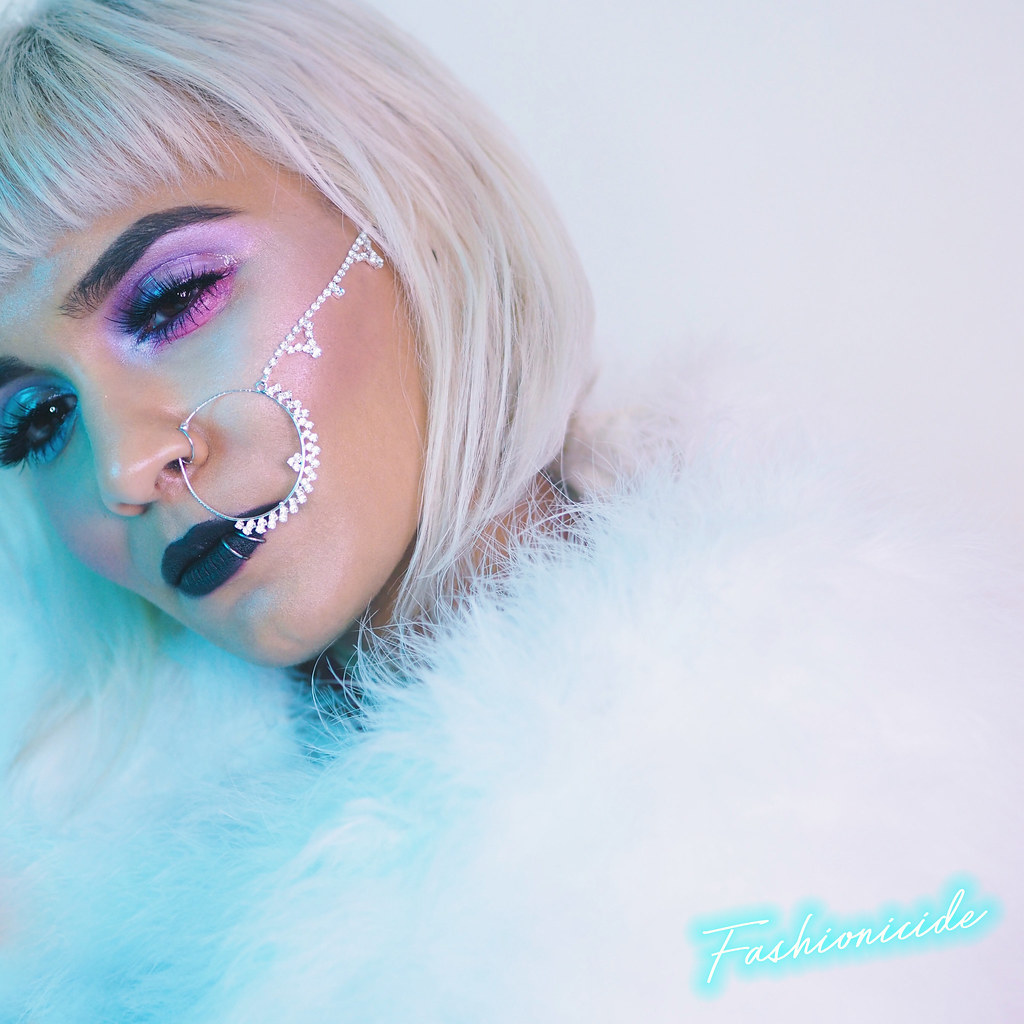 You can get your mitts on the Holographic Glow kit for just £12.99, whilst the Galaxy Lumiere Lip Glosses come in at £7.99 a piece. At the time of writing, Superdrug have both of these included in a 3 for 2 offer on makeup and beauty, so if you fancy it, that might be your best bet!