Coloured liners are just amazing, right? And whenever I come across one, either in store or on social media, I tend to get a little ... 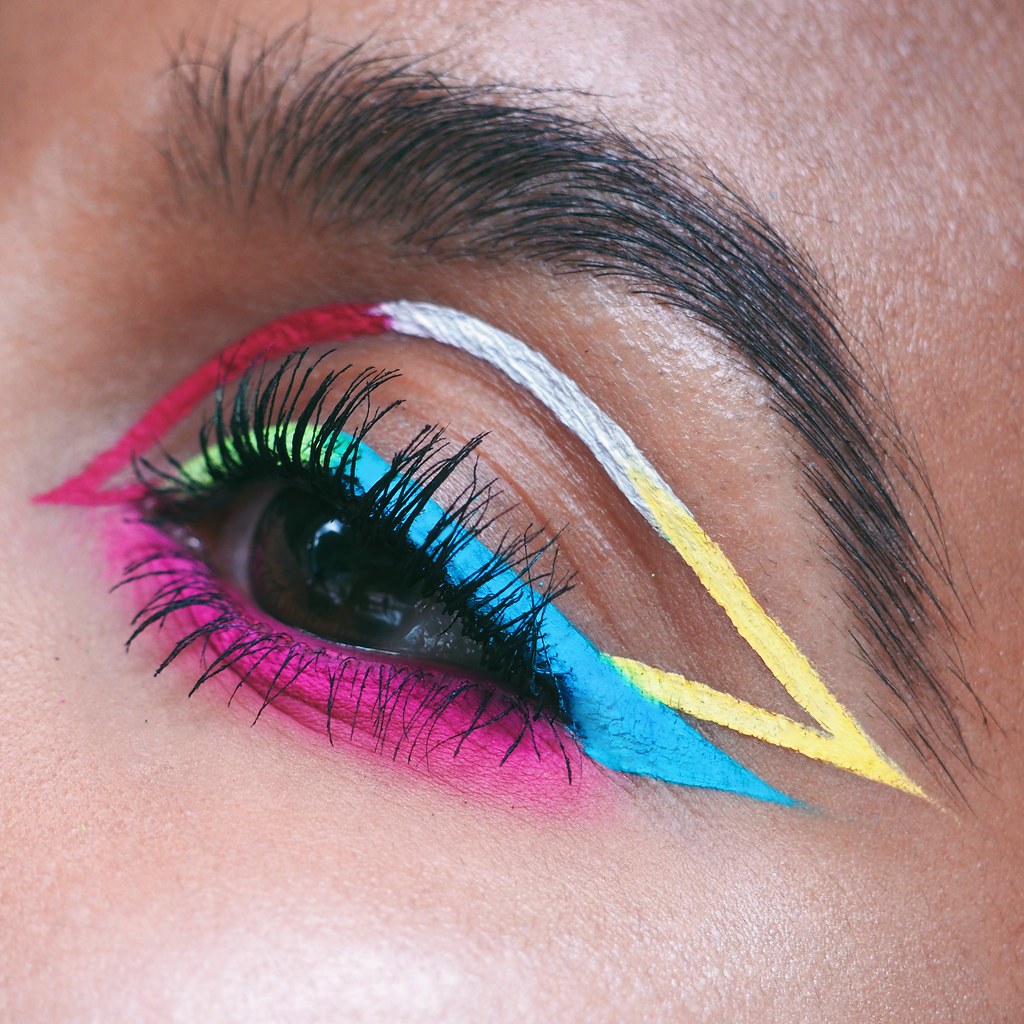 Coloured liners are just amazing, right? And whenever I come across one, either in store or on social media, I tend to get a little excited, and that's because there just aren't all that many options out there. I do have some of the Inglot Gel Liners, but unfortunately they dried out far too quickly, and in order to actually use them, I need to use another product, Duraline, just to soften them up.

I loved Lime Crime's take on the liquid liner, which came in a range of very pretty colours, but they were sadly discontinued. And then NYX launched their own range, called Vivid Liners, but the colour range was quite small and uninspiring. A major disappointment. 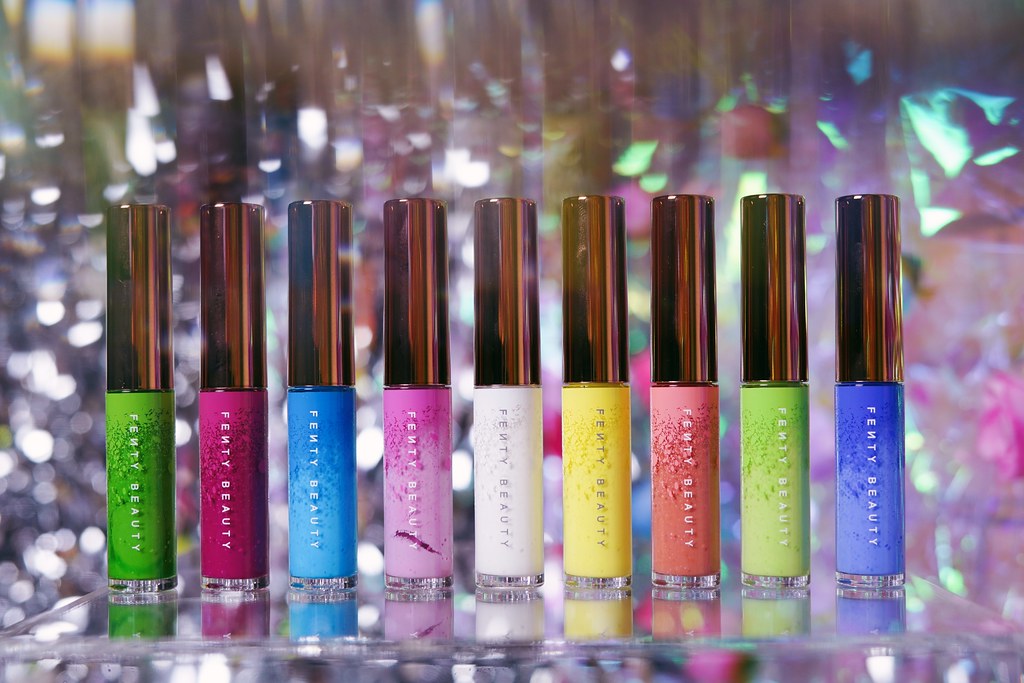 
So imagine my excitement, when I found that Fenty Beauty had launched a range of Vivid Liquid Liners, which come in 9 diverse shades! I say diverse, and by that I mean, the colours aren't your bog standard primary colours, they're a little bit different to the norm, with slightly unusual or uncommon tones of greens and blues for example.

But even then, us lovers of coloured liners have to jump through hoops of some kind just to get hold of something so beloved to us. Yes, Fenty have for some reason decided not to sell them individually, but to sell them in pre-defined sets of three. WHY. Basically, you can't just buy the colours you really like the look of, you have to buy them in these sets of three, named: BaeCae, BaeWatch and BaeSide. On the bright side, all of the colours are quite nice, so it's not like you're gonna be lumped with a crappy olive green colour, but still, seems a little strange. Anyway, each set costs £27. 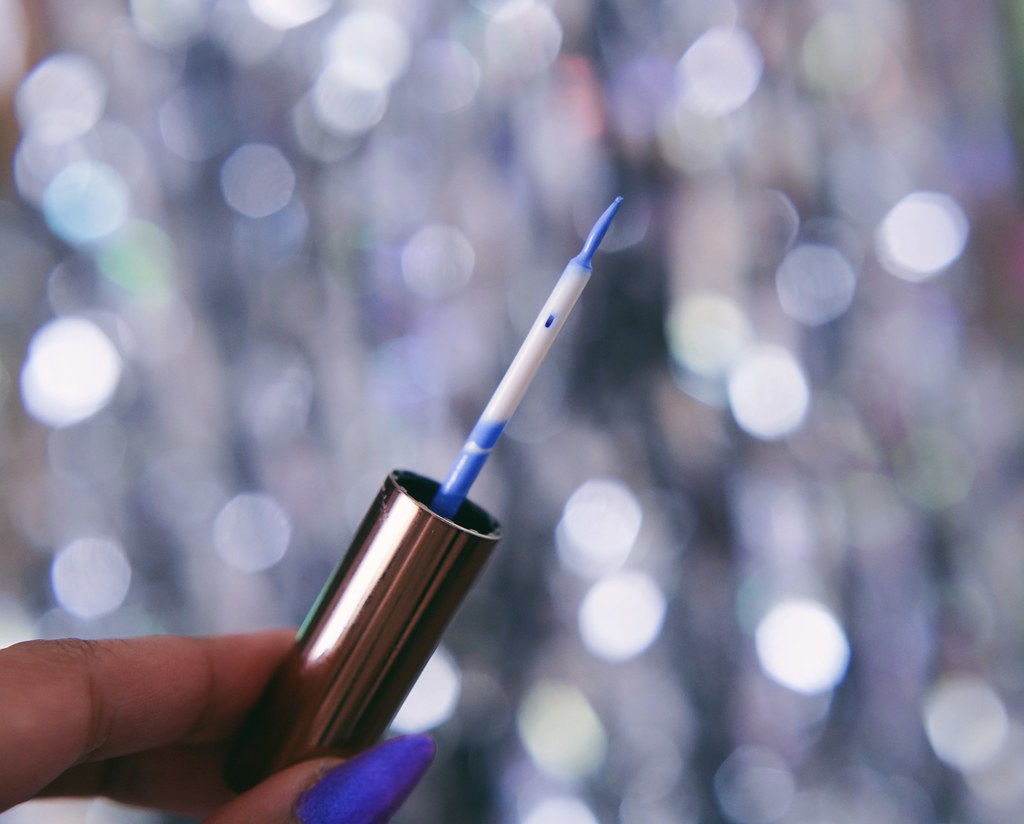 One really big plus to the Fenty range, is that you get a generous helping of the product, with their 3.8ml tubes. Maybe it doesn't sound a lot, but NYX gave you just over half that at 2ml in their tiny thin tubes. The applicator brush is pretty much what you'd expect, just a thin brush attached the inside of the lid, and is pretty good if you're looking for those thin, sharp lines. 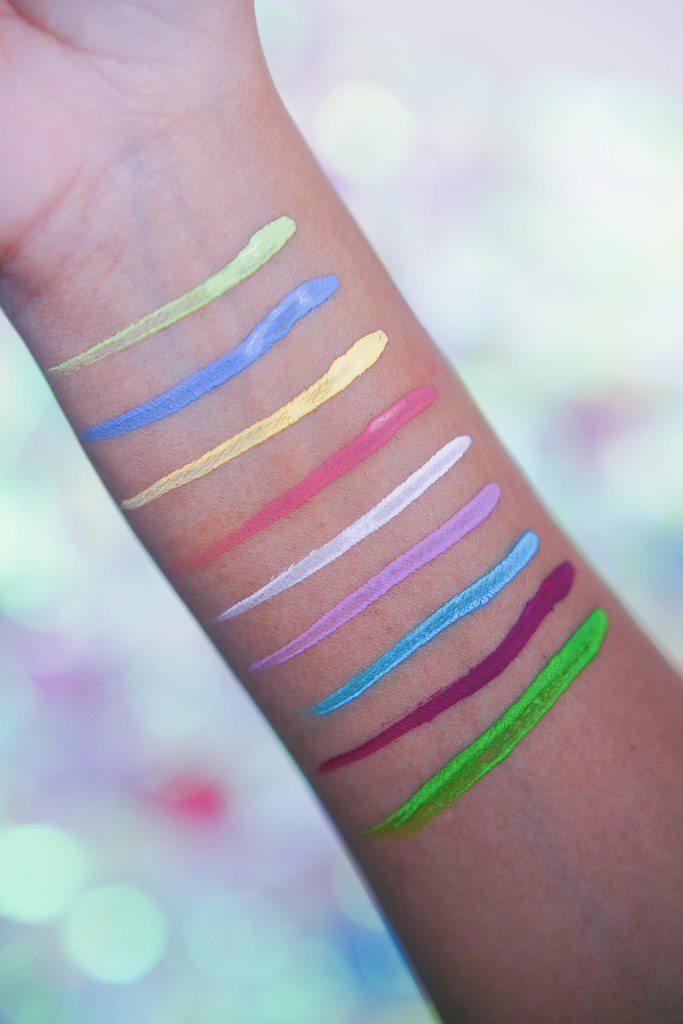 
The big negative to the Vivid Liners, is that whilst the colours really are very pretty and far enough outside of the norm to create beautiful looks, the application of the product isn't quite there. Every colour has a tendency to crack, in particular the lighter shades. And I'm not talking hairline cracks, I'm talking dried-up-reservoir-after-months-of-no-rain cracks.

I did manage to get around this issue by wiping the excess of the product, and just applying in very thin strokes as opposed to just blobbing it on. I'm not sure if I'm being harsh here, because I don't use liquid liner often, I'm a gel kinda gal, so I just applied the same way I would with that. 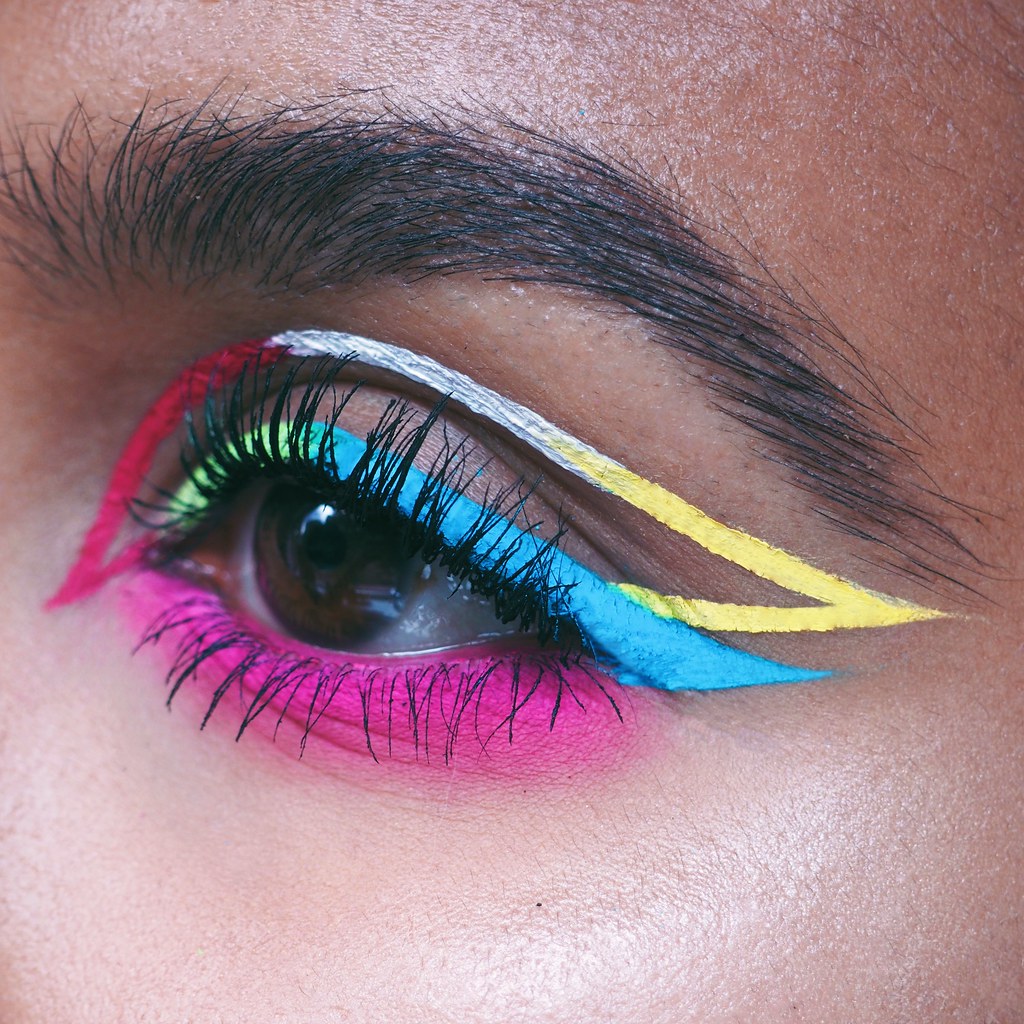 For this look, I naturally wanted to use all of the shades, because why not? But even an eyeliner genius like me can accept that this would have been one challenge too far. Nevertheless, I did manage to squeeze in 'Hot Tub Club', 'Banana Blaze', 'Wet T-shirt', 'Techno Beet' and 'Lime Feva' - and I think I did okay!

In summary, I absolutely love the range of colours, there's so much to work with and so much experimentation to be had, that it really gets the creative juices going. I also think the amount of product you get is above average, and possibly even generous. The downsides are that you have purchase in a set of three, and since these cost £27, could be out of reach for many. I was also a little disappointed about the cracking, but I think that could have been a technique issue, and as you can see from the final look, the cracking is minimal.

Would I repurchase? I mean, if they were singles then yes. Because what will ultimately happen, is I'll run out of one or two, and be 'forced' to buy the set(s) of three they fall within, and end up with two tubes of shades that aren't my favourite. Another reason this makes no sense, because I'd effectively be paying money for something I don't necessarily want to use.

Anyway, at least it's a step in the right direction. Hopefully some other major brands see how incredible coloured liner is, and get their shit in order.