An Inspiration to No One Reviewed by Lima on Sunday, November 12, 2017 Rating: 5
Inspiration Lifestyle

An Inspiration to No One

Blogging is a funny old thing really, isn't it. Sometimes, I wonder where I'd be today without it, and then there are the darker... 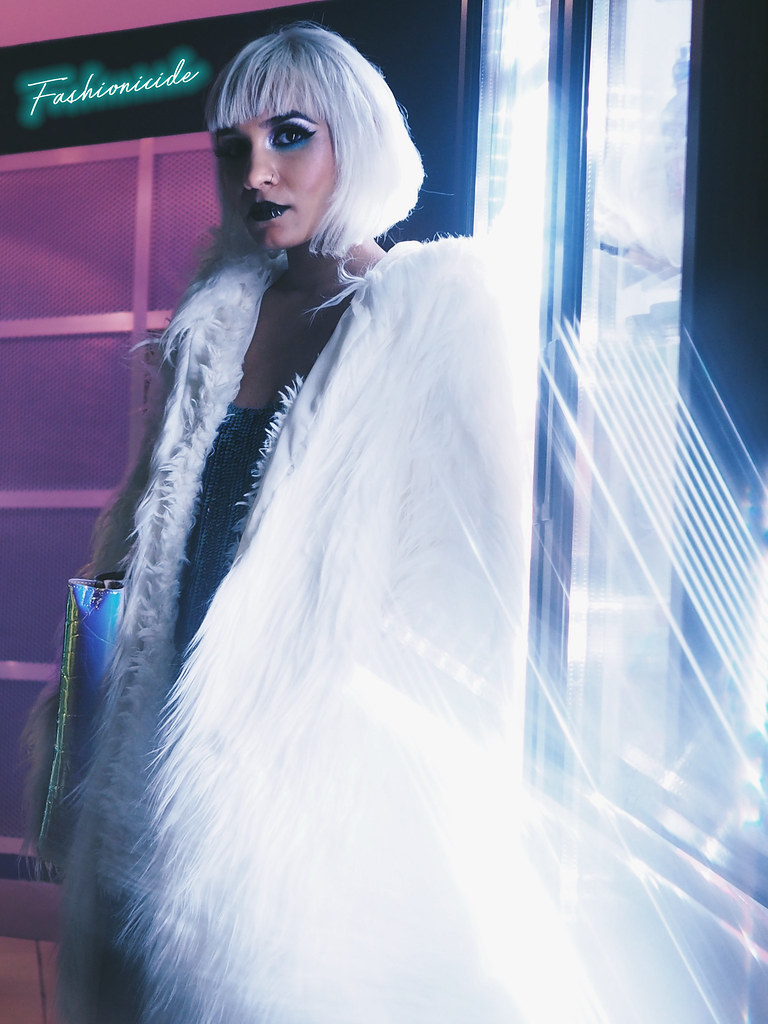 Blogging is a funny old thing really, isn't it. Sometimes, I wonder where I'd be today without it, and then there are the darker moments where I wonder why I even started in the first place. As much as I love my blog, and so many other blogs out there, it feels to me that there are prevailing issues in the blogging community that only ever seem to grow. It really isn't getting any better at all, despite all of the efforts of a few good women, who really try to highlight the positives within the blogging world.

I've always said that I won't be blogging forever, and please don't panic, or break down, or get too excited, I'm not quitting just yet, but when the negatives start to outweigh all of the many positives, you better believe I'm gonna be out of here. So, what are the negatives that have 'inspired' this post?

An Inspiration to Nobody

Except, we all are though, on some level. Pretty much every single blog out there has inspired someone to do something. It may be an ordinary civilian, but it may also be a fellow blogger. The thing is, it's pretty amazing when a non-blogger contacts you to say how they saw your post on this, that or the other, and have done something to change their lives for the better. I'd rather have one message a week like that, than a few PR samples.

But what about other bloggers? Don't you find it fascinating, that so many other bloggers are only ever 'inspired' by massive celebrities, or huge bloggers, or their favourite brands? Of course, it's natural to draw inspiration from people who've 'made it', but seriously, it really is no wonder that bloggers seem to struggle on Instagram, or for Blog Views, when they save all of their Blog Love for unattainable celebs, or the occasional Follow Friday.

Basically, if you're not mega-famous already, the impression you get is that you don't inspire anyone at all. Even when you see someone else has blatantly taken elements of your style, your aesthetic or whatever - and then they go and say Kim Kardashian inspired them to do it. No.

Of course we all know the reason behind this, it's the hidden-in-plain sight begging culture. Because let's face it, with my 10k Insta following and 4k Twitter following, if you tag me and I like it or repost it, that's not gonna get you anything noticeable. But if that big blogger, or style icon, on the off chance that their social media manager sees your pic, thinks it looks good, and then retweets it, your stats are gonna be off the charts. Which brings me on nicely to..

I think in all my time blogging, I've only mentioned numbers on a handful of occasions. I'm not Donald Trump, looking to compare 'ratings' like it's some kind of indication of his manhood or whatever. The reason I rarely mention numbers, is because I don't actually care. Sure, it's great to see the likes, the comments, the retweets and the page views come rolling in, but it's really not the be all and end all.

Maybe it is for others though, and who am I to judge anyone else's reasons for getting into the scene in the first place, but the obsession with numbers is genuinely unhealthy. The internet, and the people who use it are so, so fickle. Today's hot thing is forgotten about already by tomorrow, so to rely on this for validation of your work, is living on shaky foundations to say the least. But of late, the obsession with numbers, and the lengths to which people are prepared to go to, just to maintain their numbers, is getting more and more shocking.

I'm thinking testicles being used to apply makeup, I'm thinking openly begging, I'm thinking telling people how or what to comment on your photos. It's all starting to get a bit desperate isn't it? But there's hope. Because I can tell you, I don't really approach PRs with proposals, they approach me. Why? Because they like what they see, and they're not that arsed about numbers. And I'm not the only one.

Remember when you were at school, and your parents, guardians or teachers taught you that stealing was wrong? Remember that kid in your class who got a police caution for stealing from a shop? Remember when you started writing coursework, and your lecturers warned you about copying other people's work? Yeah, from a young age, we're brought up on this idea that stealing is wrong.

Plagiarism is the bane of all creatives lives, because there's not really a great deal you can do about it. You could choose to call out the individual who's taken parts of your image, who's taken your ideas, even your thoughts, and passed them off as their own, but that would start a wholly unnecessary Twitter war or something, and that's when things get really ugly.

So, we have to tolerate it, and accept the fact that in conjunction with the lack of credit, and the obsession with numbers, people are basically gonna copy you if you do something unique. Because it's much easier to take someone else's idea, ad verbatim, than it is to either think of something yourself, or to draw inspiration, and add something to your original creation. There is a huge difference between inspiration and imitation, but it seems that many are unaware of this.

It's all the more galling when bigger bloggers, who make a living out of their blogs, jet-setting across the globe, send you a DM asking how you did this or that, and then proceed to basically do the same thing you did, make money off your creation, and neglect to mention you. What are we, your fucking creativity slaves? I have lost all respect for so many bloggers, who have pretty blatantly stolen elements directly from someone else, because it makes me question everything they've ever done.

And there are so many great blogs out there, run by immensely talented people, with genuine imagination, creativity and the skill to bring their ideas to life so expertly, who plod along, without getting recognition, without being credited when they inspire, having their ideas and images taken, by people with no discernible talent.

Every fucking day. Every. Fucking. Day. There's a brand new drama on Twitter. Seriously, cancel Netflix, cancel Amazon Prime, cancel Sky, throw your TV out. Twitter has all the drama you need. It always leaves me feeling ultra-uncomfortable too, because sometimes a blogger will have made an innocent mistake, only to be leapt upon by a pack of rabid piranhas, mercilessly seeking fresh blood. And that's just cruel.

But then there's the even more uncomfortable situation, where the blogger has done something morally questionable, but the reaction from the pitchfork-wielding Blogger Police is so overbearing, so extra-judicial it basically amounts to harassment and bullying. What do you in those situations? You definitely can't join in with the witch-hunt, because you're probably not a cunt, but then you can't speak out against the hunt, because the hunters are apoplectic with rage, and will swiftly avert their maniacal gaze upon you. And to be honest, I've got work to do, I've got a house to clean, I've got pets to feed, I've got dinner to make, I've got friends to meet, and I most certainly don't have fucking time for this.

Another issue with the witch-hunts, is that a certain element of the blogging community seem to appoint themselves as judge, jury and executioner in these cases. They decide what's right, what's wrong, the punishment, assign guilt and deliver punishments. Often influencing others to join in on the lynching or simply unfollow and taint this person's name pretty much permanently. So what happens when the police get it wrong? There's the half-hearted apology, and they move on to the next target.

And the effort that these people put in is incredible, they're indefatigable in their pursuit of that next victim, as if it gives them purpose in life. And just a reminder, I'm talking fully grown adults, not kids on a playground. I genuinely worry for the health of these people, as well as their victims, because if they're spending so much of their preciously short time on earth, on this, they must need help.

I've referenced it a bit in this post actually, but I find the notion of there being a blog community to be kind of strange and conflicted. On the one hand, the majority of page views comes from other people within this community, but on the other, there are a significant minority of bloggers who are looking to exploit you, and trample all over you on their way to the top. With that in mind, it's no wonder the toxic witch hunts are so prevalent.

But also, I've noticed that this community can be hypocritical when it comes to talking about issues faced by minorities. I am always talking about the issues that minorities face, and the engagement I get when I do is usually much lower than if I put up a tweet about something else political. But then, sometimes, a caucasian blogger, will reply to me. Great, that's what I want, conversation. But then, other caucasians start replying to the original caucasian, and ignore whatever I say. And then more people join in, and eventually I'm cut out of the conversation.

So just to go over that again, for the people at the back. In a conversation I started about issues faced by people like me, I am cut out of it, by people who look like the oppressors.

So why do I bother then? Well I've actually made some great friends through this, and I've came across some genuinely talented and lovely people. People who share a similar world view to me, in that we want talent to rise to the top, and realise that that doesn't happen at everyone else's expense, we can all rise together!

Also, I actually look back at all the skills I've learnt during my time as a blogger and think 'Wow'. I recall a fairly recent shoot I did for a brand, where I did my own makeup, styled my own hair and was directing the photographer, despite only being there as a model. And I'm not alone, we've all became experts at SEO, Social Media Management, Photography and so much more.

The final thing then, is the most important reason of all. And it may sound cheesy, but it's true. I just love it when I receive comments or emails from random strangers, saying they've read a post, or saw a photo of mine and were inspired to give it a try, particularly if it's from a fellow South Asian girl, who's always felt like they had no voice, and that they don't fit in because everyone else aspires to be like the racist Huda Beauty, or they had nobody to look to for help with their makeup or hair. It really does make me forget about all of the bullshit, and reminds me that we as bloggers can choose to make a genuine difference, or we can choose to think the world revolves around us.