Yep, you've read that right. Bleach London do Liquid Lipsticks! Of course, most of us will be familiar with their hair colouring prod... 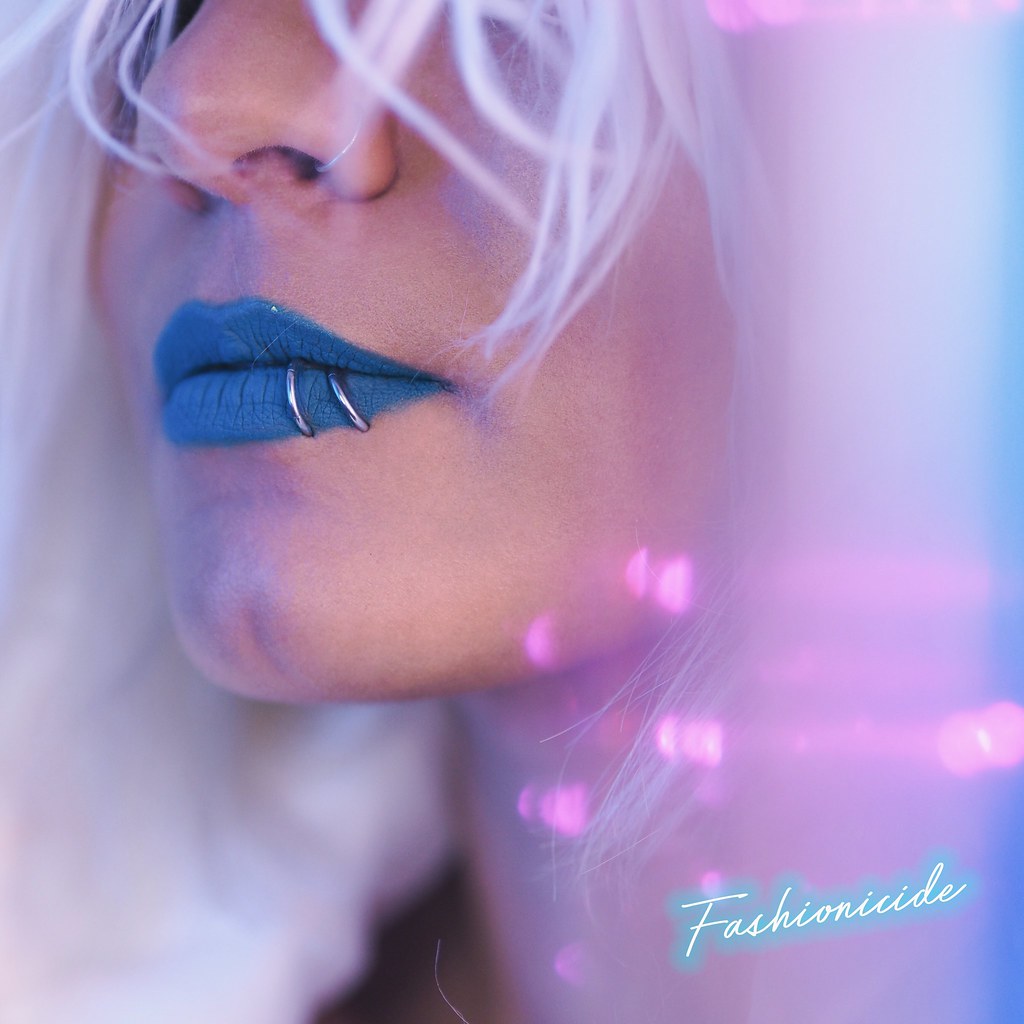 Yep, you've read that right. Bleach London do Liquid Lipsticks! Of course, most of us will be familiar with their hair colouring products, particularly their trend-setting dyes, but they've had a bit of a rebrand of late, and with it, they've branched out into makeup - how exciting!

The rebrand seems to have included repackaging all of their original dyes, plus some new hair maintenance products and the branch out in to makeup with a collection of eyeshadows, pressed glitters, highlighters and of course, liquid lipsticks. Because of their strong association with colour, it kind of makes sense for them to delve into some section of the makeup market, particularly as some of the bigger brands have been slow to realise that women are reaching for a bit of colour more so than ever before, so naturally I just had to give them a try.

Looking at the Liquid Lipsticks, they've created a real mixture of traditional and non-traditional lip colours, with the non-traditional ones being inspired by the dyes, such as Washed Up Mermaid, Awkward Peach, Rose and I Saw Red. The more traditional colours have some pretty interesting names like Matte le Blanc and Gordon Brown. Seriously, you know you've made it when you have a lipstick named after you. 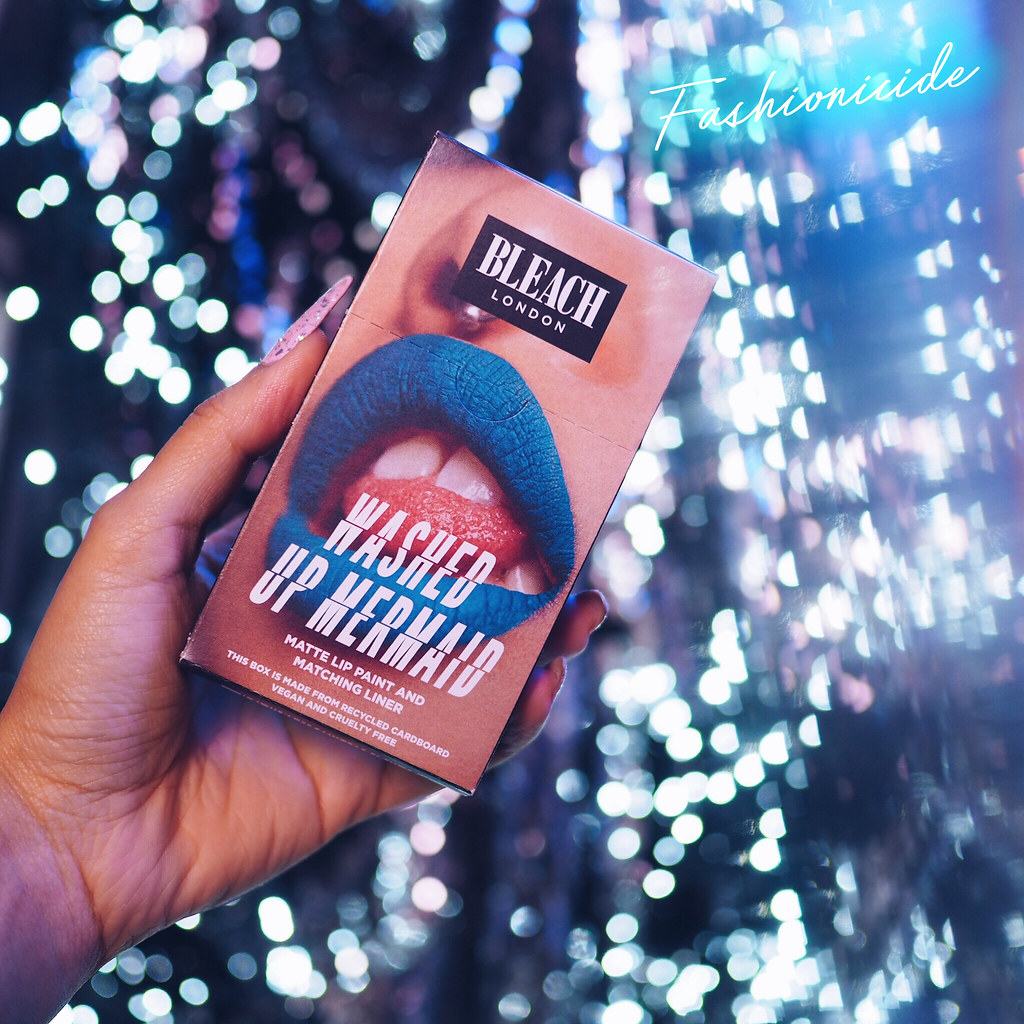 The one that really stands out for me though is Washed Up Mermaid, which may ring a few bells for some, as it was the name of one of Bleach London's most popular dyes, a kind of pastelly turquoise shade. But now they've created a lip kit based on it, containing a Liquid Lipstick and Lip Liner. The lip liner is a bit smaller than what you may expect, but I think it's been sized that way to run out around about the same time as the liquid lipstick. 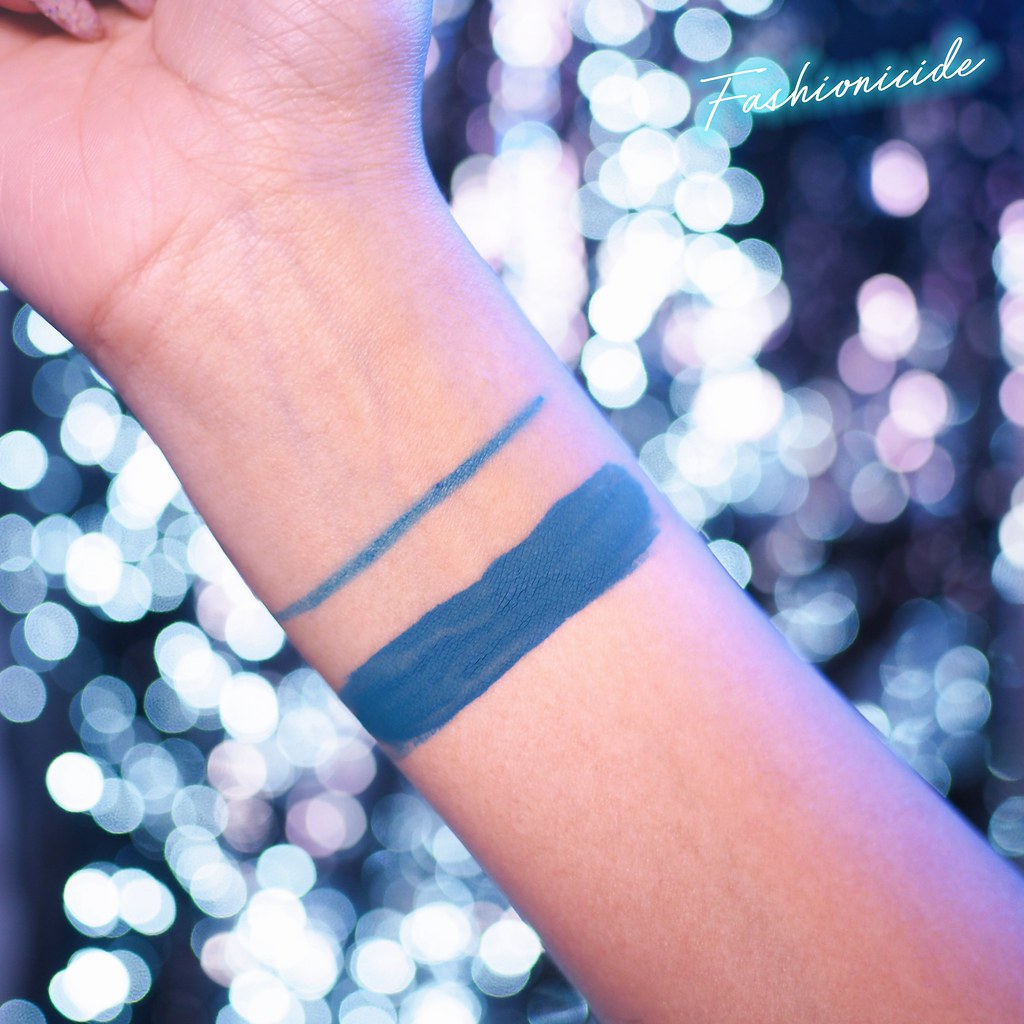 The liquid lipstick is not quite the same shade as the dye, but then it couldn't ever be, as it just wouldn't translate on to the lips at all, but it's definitely inspired by it for sure, a lovely, bold, teal / turquoise shade. It comes with a standard doe foot applicator and the formula is quite smooth. In the swatch, it looks a little streaky, but when applied to the lips it transfers really well. Not sure why there's such a difference, but it doesn't matter, I won't be wearing it on my arm! As with all liquid lipsticks, if you haven't exfoliated your lips beforehand, which I'm so bad at remembering to do, it will find all of the dry bits and leave you with those annoying lip flakes, so don't forget! 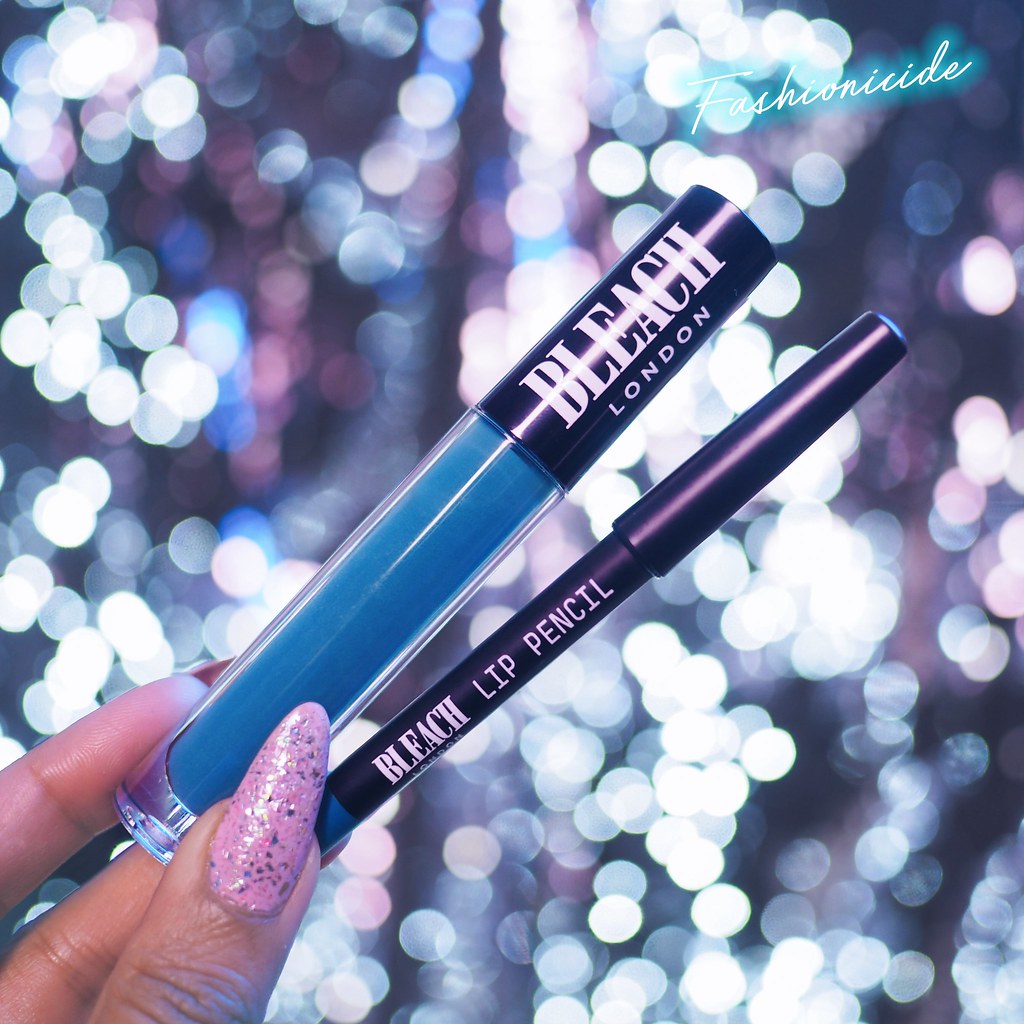 It dries to a matte finish within seconds and lasts for an age, surviving through anything that I drink, but it does start to come off a little in the centre when eating. Unnatural colours never seem to be as long lasting or durable as the likes of reds or pinks, so this is to be expected. The main thing is, it does last long, it feels really comfortable on the lips and it looks so bold and vivid. It reminds me a little bit of Illamasqua's Apocalips, one of my first loves when it comes to unnatural looking lipsticks. 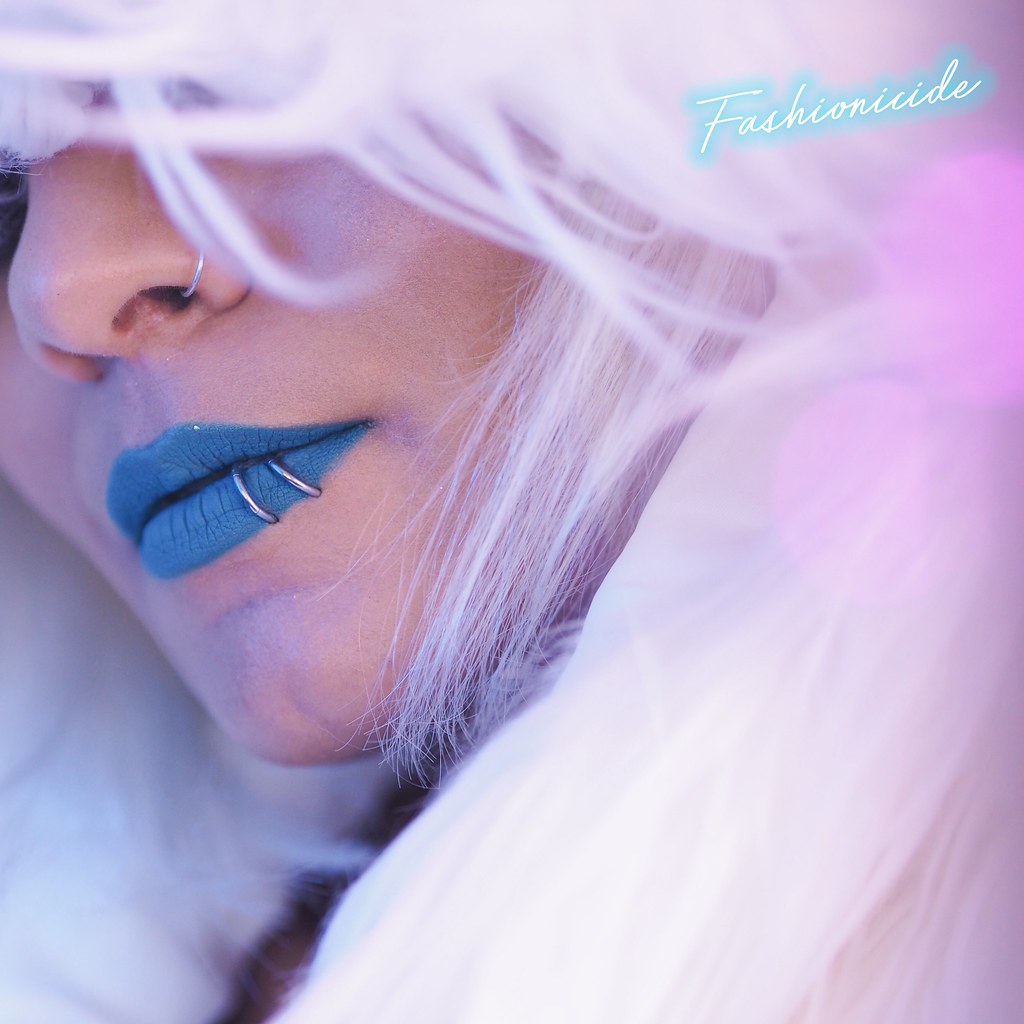 At £12, the price is quite reasonable for a Liquid Lipstick, particularly as it also comes with the lip liner. For a first attempt at liquid lipstick, they've done a really good job too, there are so many out there from specialist makeup brands that just aren't that great, whereas this one looks pretty special and doesn't have any deal-breaking flaws.

I hauled hard on Bleach London's new range on the Superdrug website, as they had a 3 for 2 offer going on, but it will be available in some stores at the end of November too, I'd recommend giving them a try!