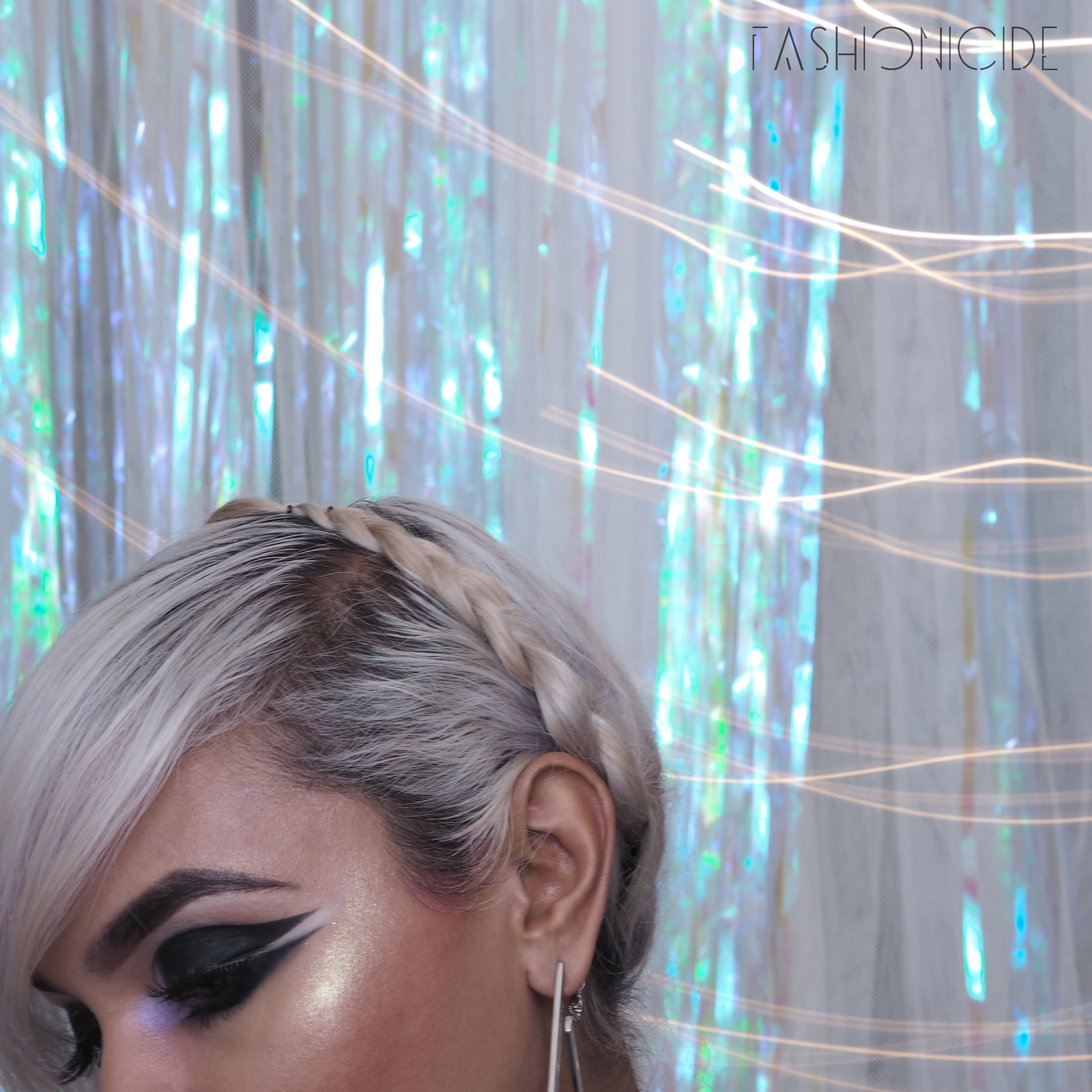 When I think of 2016, I can't help but think it's time to fast forward to the end of December, take a few weeks off and live 2017 like it's our last. This year hasn't been the greatest, for so many reasons: celebrity deaths, Brexit and Donald Trump winning the US election *shudders*.

Ugh. Well I've just taken a shower to cleanse myself of these thoughts, and return with something that has brightened up even the darkest, gloomiest of days and cold wintry nights. Yes. I'm talking Holographic Highlighters. The one great thing about this year is that Holo highlighters have come to the fore, and we've all went fucking nuts for them.

Anastasia Beverly Hills launched their hotly anticipated Moonchild palette, with no less than 6 iridescent shades. But then they went and spoiled it all by doing something stupid like not selling it in the UK. Even our trusty friend Cult Beauty struggled with it. Then Milk Makeup released their own Holographic stick highlighter, but again, not here in the UK.

Thankfully, in the UK, we've got some pretty forward thinking indie brands to feed our makeup addictions. Phee's Makeup Shop have taken it upon themselves to bring that holo highlighter to these post-brexit, post-common-sense isles.

Phee's Makeup Shop is ran by Phoebe Carr - an entrepreneur based in Sheffield who creates her own mineral makeup. Check out her ABOUT page to find out a little more, I personally find it insightful and fascinating!

Back to the post though, and Phee recently invoked the spirit of De La Soul and launched a trio of highlighters. But these are not just any old highlighters. Oh no. These are ultra shiny, unconventionally shaded, mega pigmented, colour shifting highlighters. These were made for me. 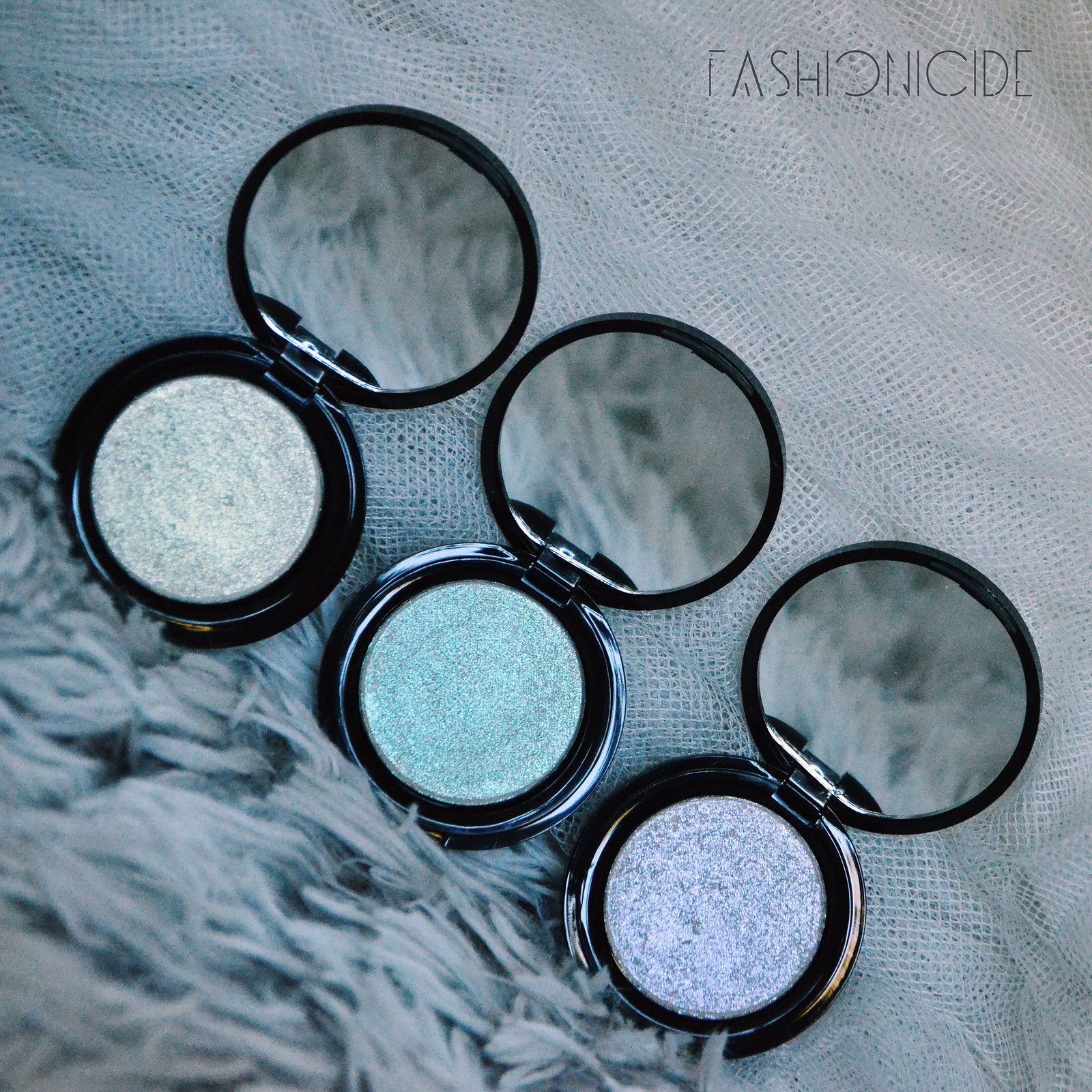 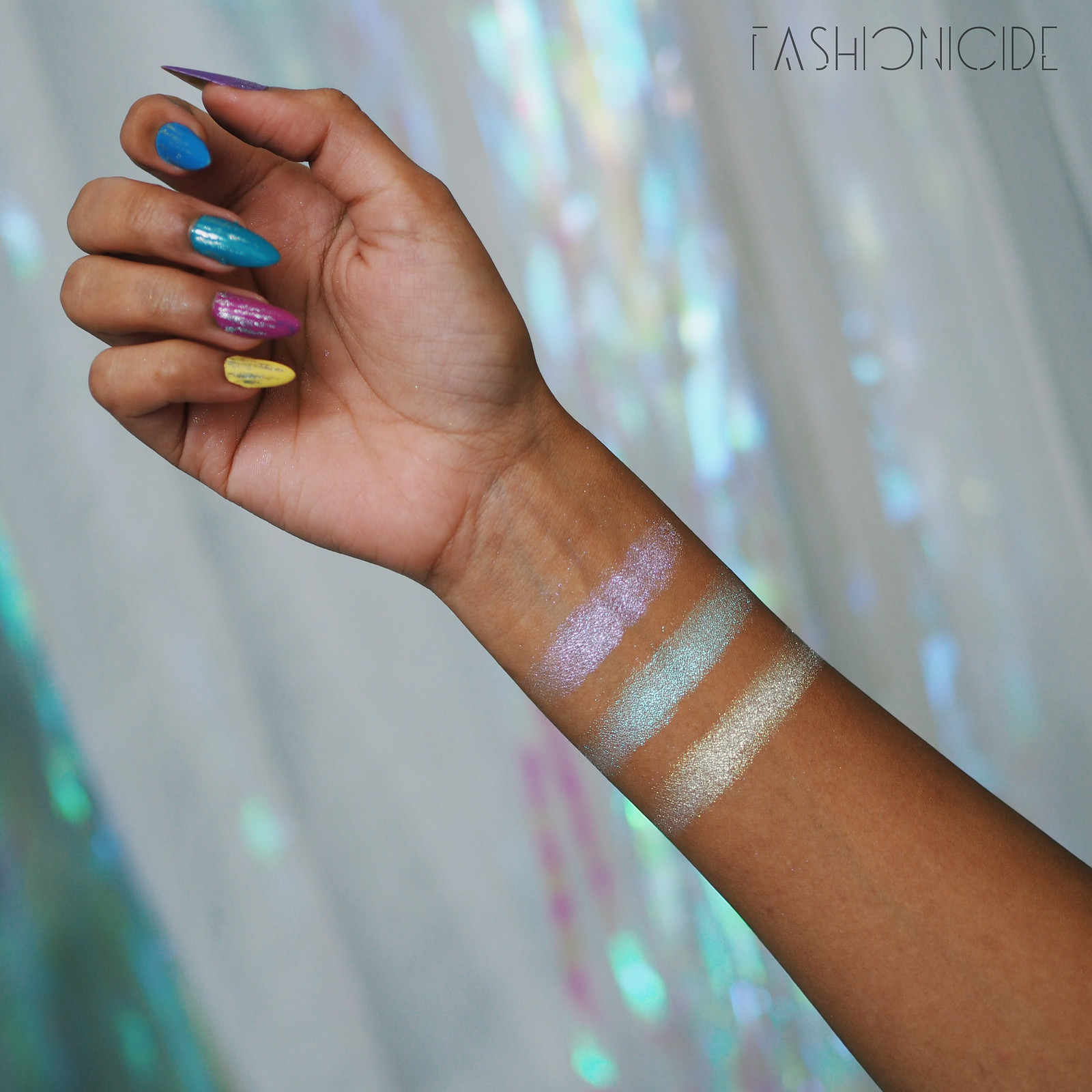 I received these highlighters about a month ago, and I can honestly say that I haven't cast glances towards any of the other highlighters I own. Not even once. They come in a typical little black compact with a mirror. The texture is unlike any other highlighter I've tried, it feels like a foiled texture, and this was a good sign from the outset - it promised shine. 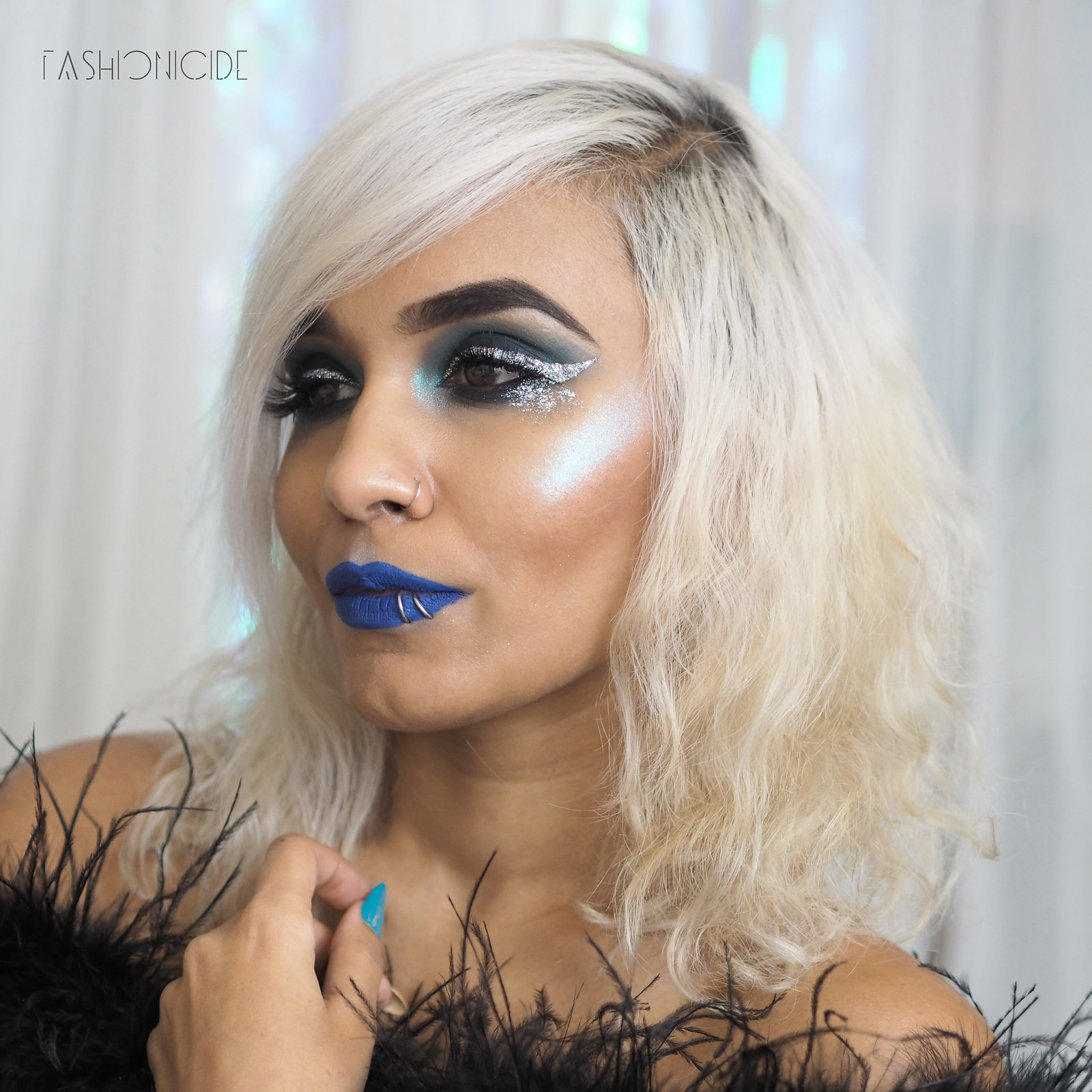 These highlighters deliver on that promise, and then some. I've sat here for about 10 minutes trying to think of a way to describe just how shiny they are, and the best I've got is 'They're shiny AF.' That's all you need to know about that, really! As is the trend these days, they can be used either wet or dry - I personally prefer using them dry, either with my fingers or my Kiko Eyes 200 brush. If you used them wet, I think the International Space Station would spot you.

Another huge plus point is that a little goes a long way with these highlighters. It's not the case where you have to apply half the pan just to get a hint of highlight. Nope, a tiny amount packs one hell of a punch, the pigment is just unreal - and for that reason, I've used them on the inner corners, as eyeshadow and even a highlight for the brow bone. 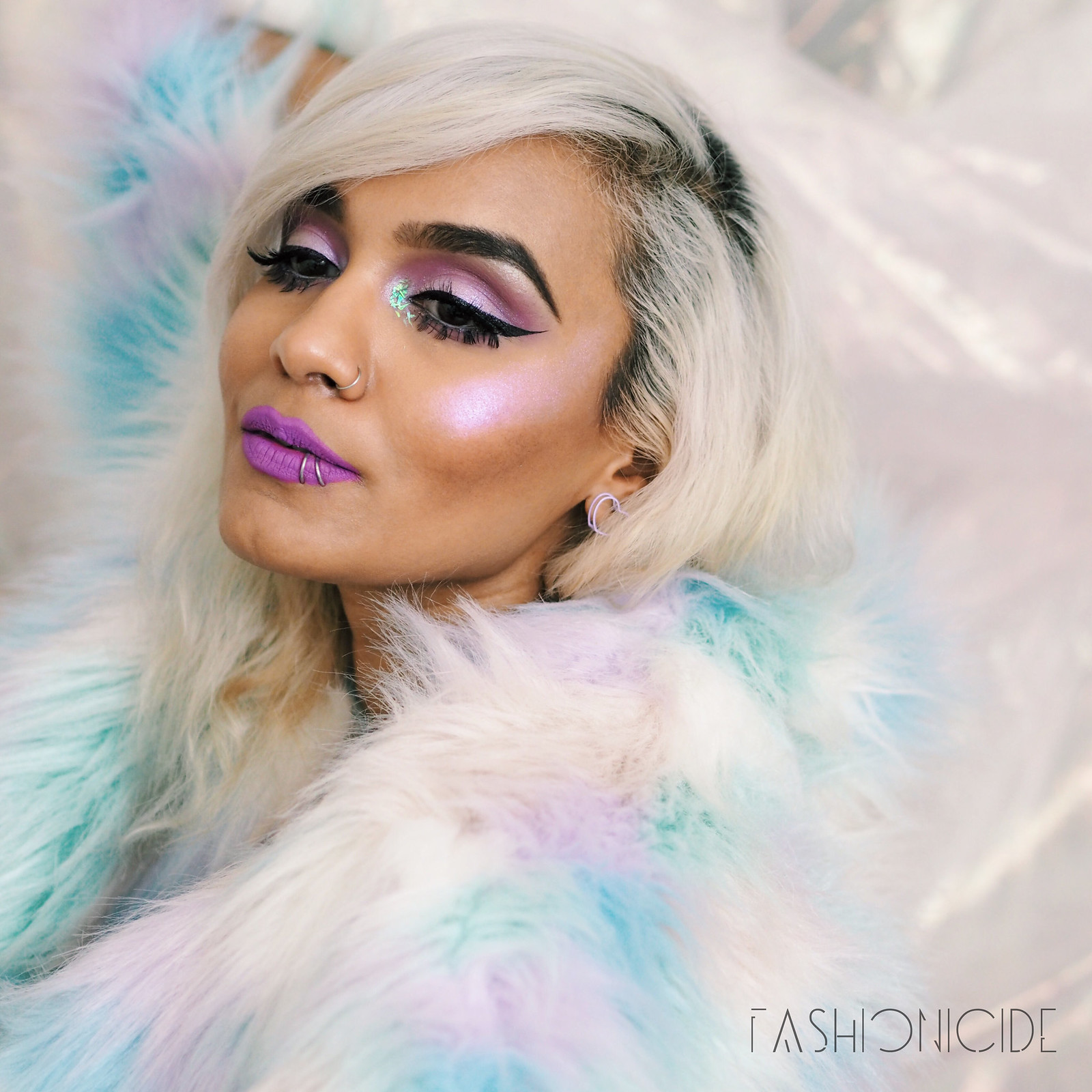 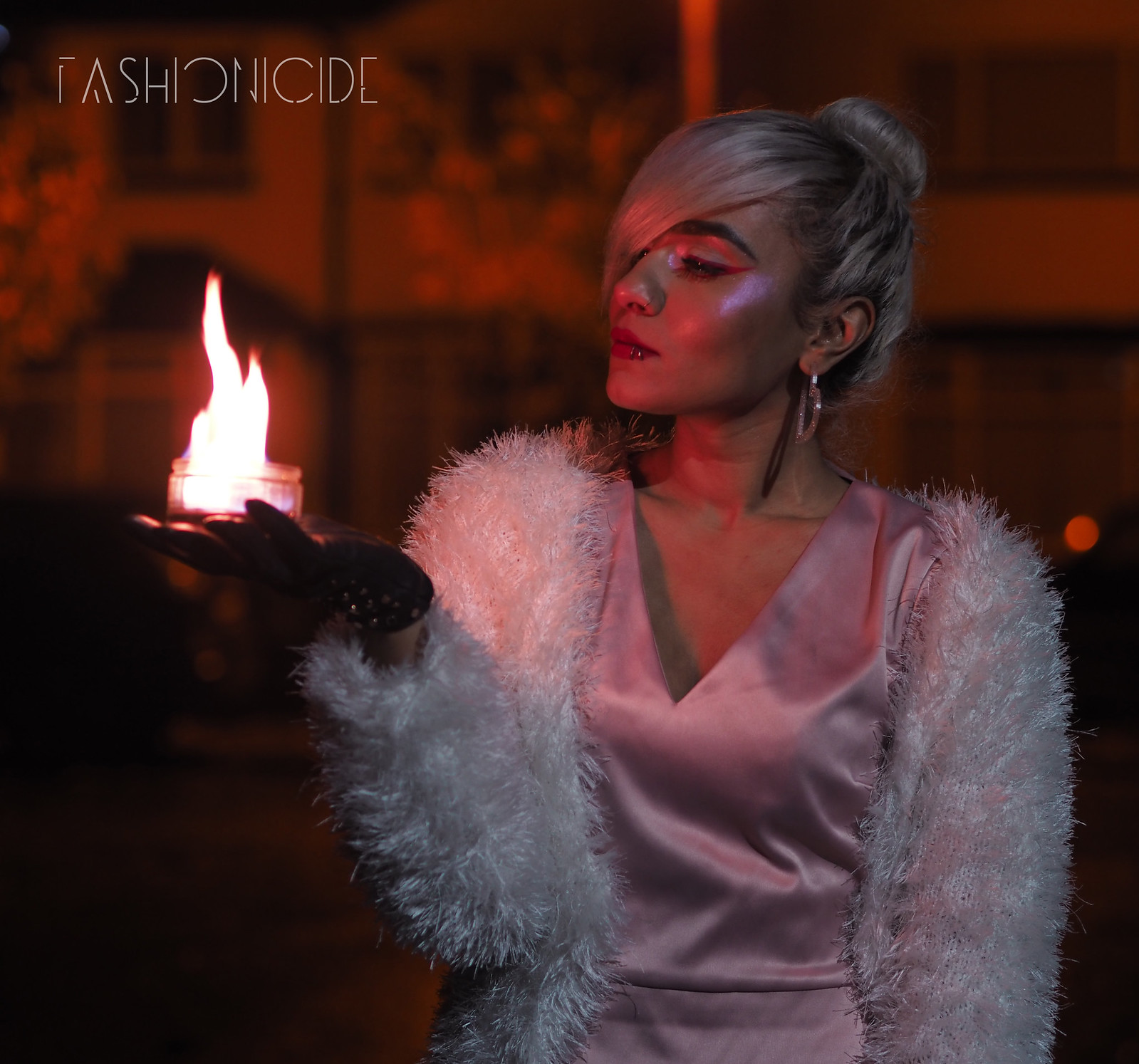 I know I'm dishing out the superlatives here, and it's getting a bit gushy, but seriously, take a look at my own photos, and then check out Ashley's photo (HERE) comparing swatches of this vs ABH's Moonchild Palette. Phee's highlighters don't even look like they're in competition, it's like comparing soft pastels with bright, shiny metallics. Simply astonishing. 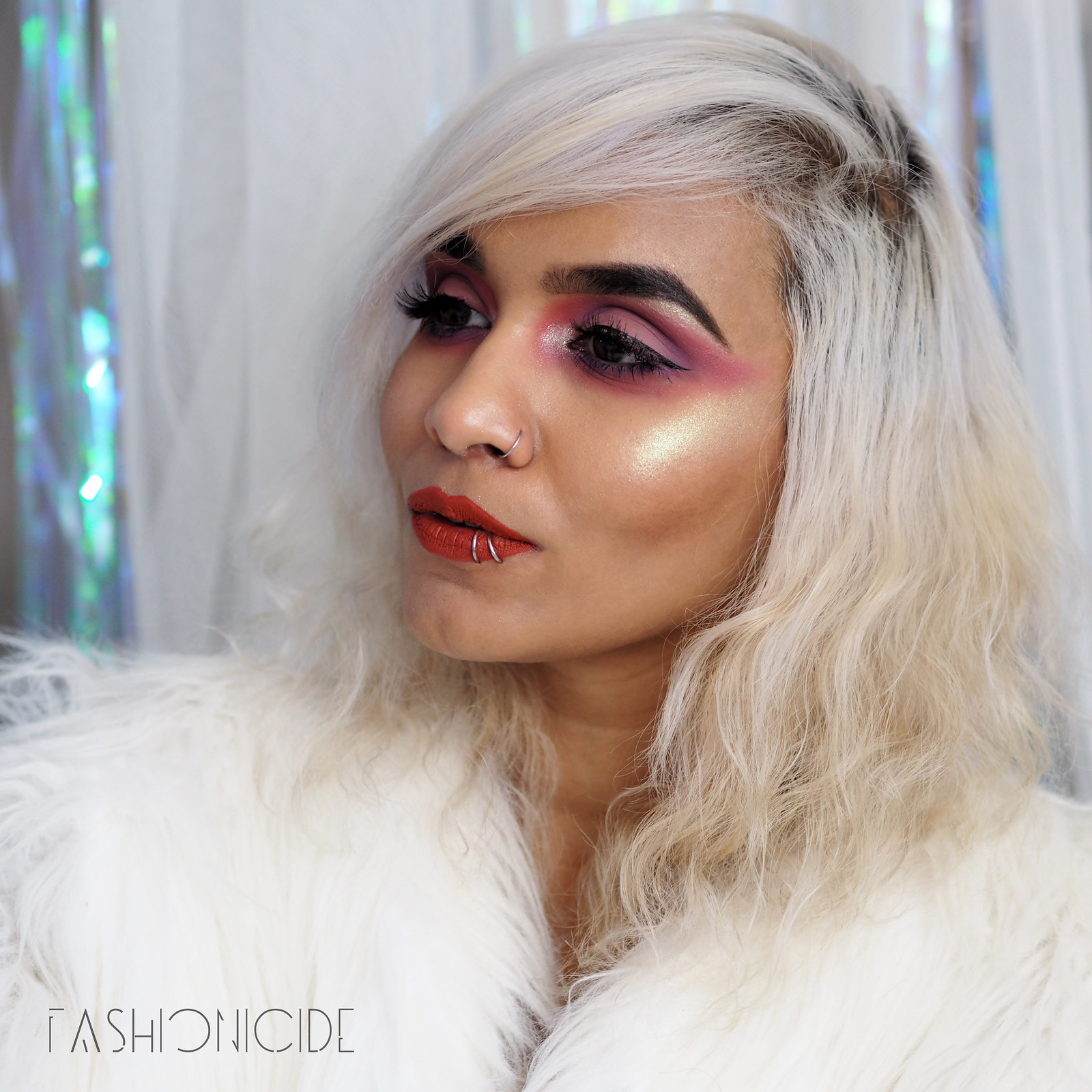 One final point about the finish itself, highlighters are often quite subtle, so when I see 'Iridescent' or 'Holographic' highlighters, I'm always a bit sceptical that the colour shift I'd expect from such a label would ever be apparent, but Phee delivers on that point too - it is very apparent, both in the pan and on your cheekbones.

Phee's Makeup Shop Luxe Holographic Highlighters are priced at £12 each or can be purchased as a trio for £30, saving you £6. Oh, and they're cruelty free. Treat yourself, you know you want to.