My Two Week Trial with the Nokia Lumia 925!

So, a couple of weeks ago I received an e-mail offering me the chance to try out the Nokia Lumia 925. I have to admit that I was pret... 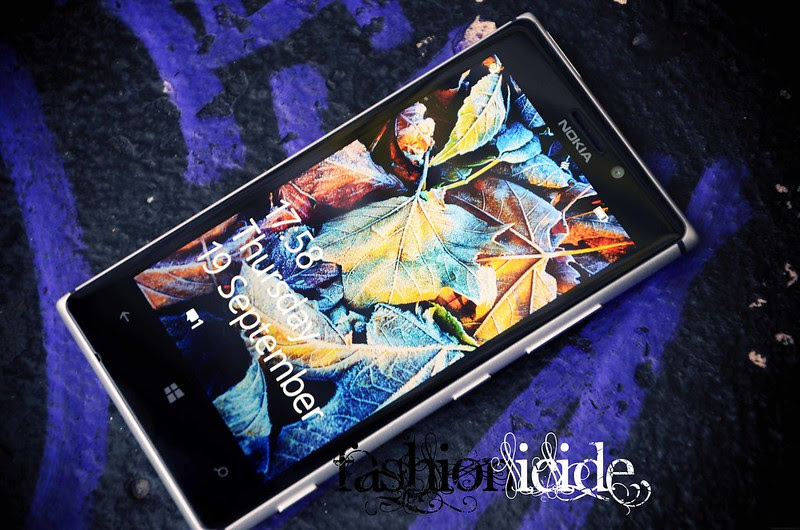 So, a couple of weeks ago I received an e-mail offering me the chance to try out the Nokia Lumia 925. I have to admit that I was pretty excited, as well as surprised. Who'd have thought a Fashion & Beauty blogger would be sent a phone?! Well, my excitement was curtailed a bit when I discovered it was only for two weeks. How am I supposed to get to grips with a new phone within two weeks?

I'd read a little bit about the phone and recalled their adverts talking about how great the camera is in low light, so I took them up on their offer and duly received it a few days later. Straight out of the box it does look pretty special: piano black at the front, creamy white at the back, huge screen but super slim. A good first impression, but from there on in it was all downhill. 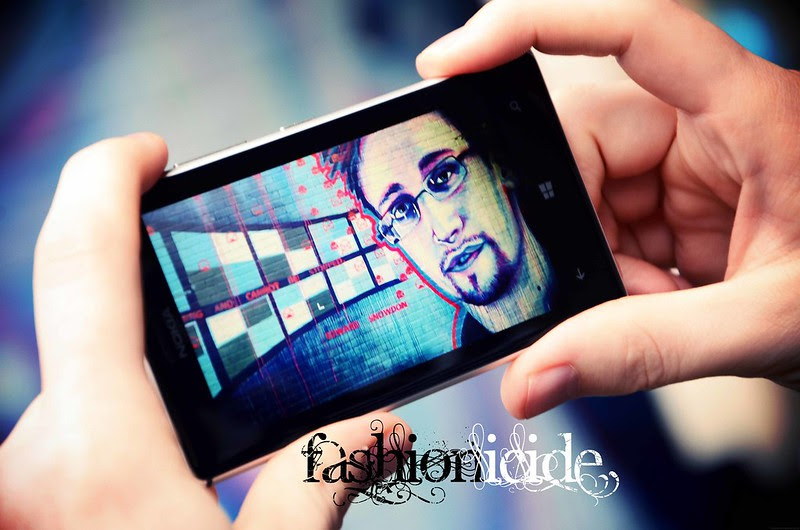 That's not to say this is a rubbish phone, because it isn't. There are so many good things about it, I probably couldn't describe them all in one post but I will at least cover a few. Firstly, the screen is like a work of art. It's bigger than my iPhone 4s, and isn't a funny looking shape like the iPhone 5. It felt quite responsive and the graphics were so smooth and dreamy. The camera is far better than the iPhone 4s. I find my usual phone's camera struggles to find light, with photos quite often looking dull. The Lumia camera found light in almost all situations, and I have to say I was impressed by that. 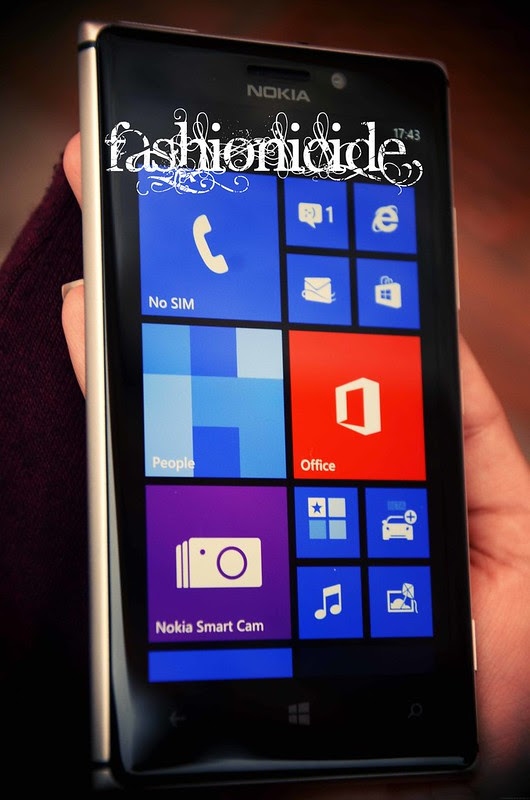 What I was not impressed by though was Windows 8. It's a bit like Marmite. You either love it or you hate it, and I hate it with a passion. The main menu is awful, with an assortment of different sized-squares, mostly in a child-like and garish blue colour with useless icons that didn't seem to make much sense. Maybe after a while you'd get used to it, but I didn't really have a while. I had two weeks. If you swipe in from the left a list-style menu with all your apps appears, this is a little better but it isn't a patch on the Apple or Android menu systems.

As much as I hated Windows 8, I think I might have been able to live with this phone had it not been for one fatal flaw. Instagram. You cannot download Instagram on to this phone. From a blogger's perspective, one that makes heavy usage of Social Media, this was unacceptable. There are workarounds though: you could probably use Instagram via Internet Explorer, or more realistically you can download other free apps which interface with Instagram such as Hipstamatic Oggl. I could not for the life of me get this to work. The app kept on crashing every time I tried to do something, and the terrible icons Windows 8 insists on using were so confusing, I couldn't even work out how to post a photo to Instagram. 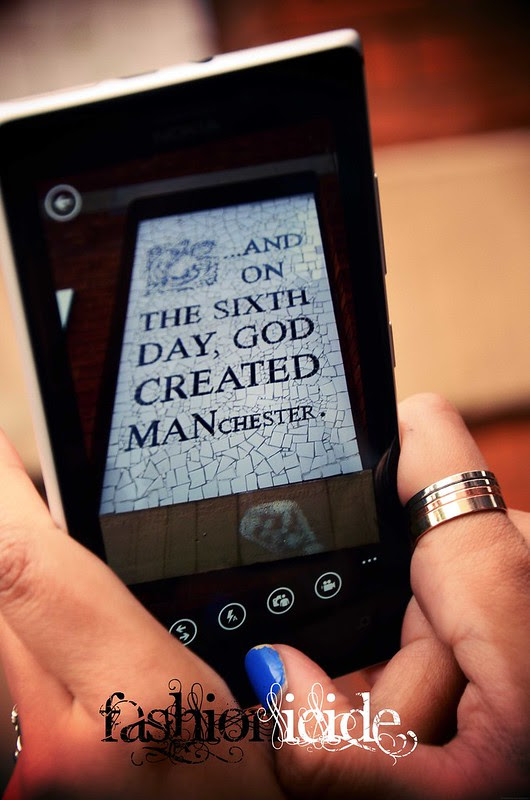 Now, maybe more technically minded souls could have managed to get this phone to work beautifully for them but I couldn't. Perhaps it was the lack of time, perhaps it was the badly designed Windows 8 or perhaps the Hipstamatic Oggl app just isn't any good. I don't know. But to be honest, I don't care. I don't want to have to use workarounds. I want to be able to access Instagram easily, but this phone wouldn't let me. What's the point of having a phone that takes great photos, if you can't use the biggest photo sharing app on the net?

So for all the flaws that my iPhone 4s has, it lets me do all the basic things I expect from a smartphone (Tweet, Whatsapp, Photos, Instagram, Email, Phone and Text) without any trouble. There is absolutely no way I would purchase this Nokia, it has potential for sure. But if I'm to give up something that is the finished article, I want something that's going to take me forward, not hold me back.