I was introduced to Christian Dior's Private Collection Fragrances, or La Collection Privee, by none other than Sheenie , just over ... 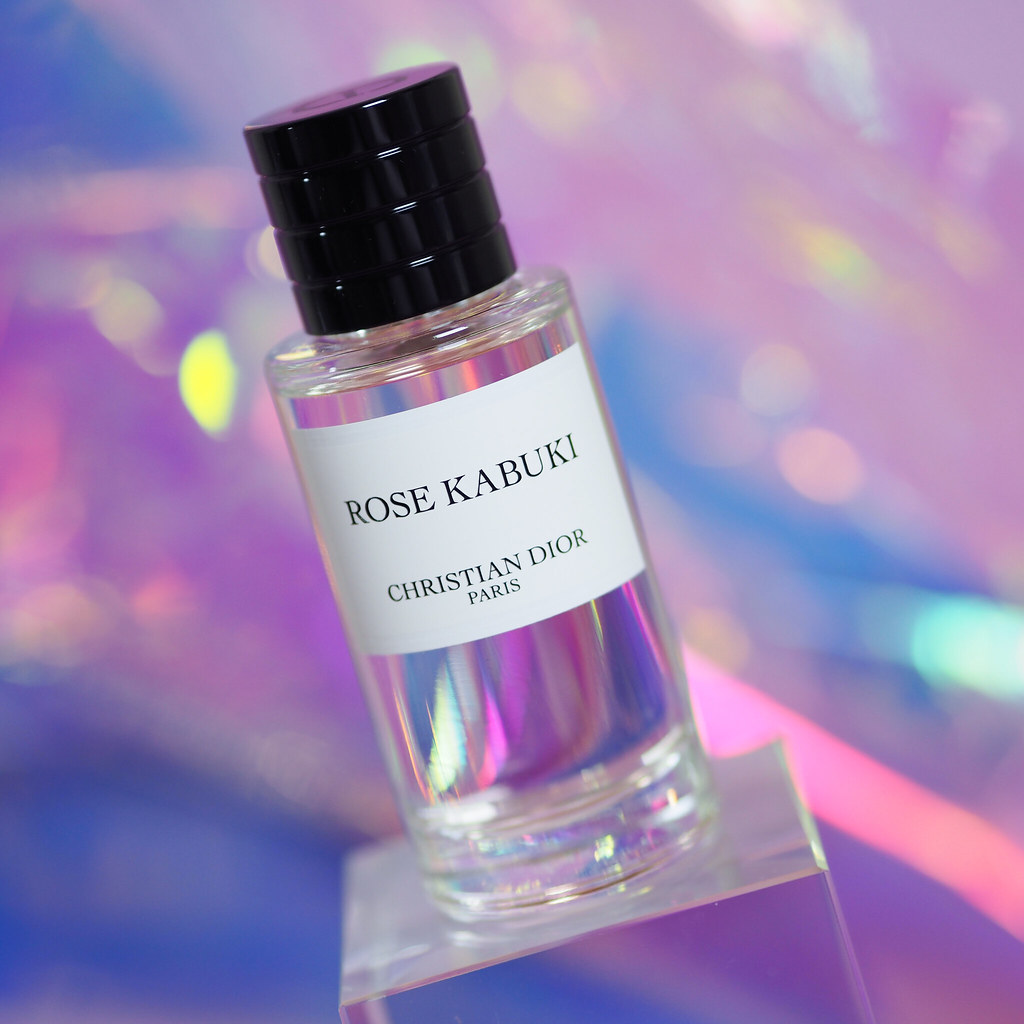 I was introduced to Christian Dior's Private Collection Fragrances, or La Collection Privee, by none other than Sheenie, just over three years ago when she had the audacity to wear Oud Ispahan in my presence, and I could literally smell it from the opposite end of the table. So of course, I had to ask Sheenie what this fragrance was, and of course, I had to have it. Review here, if you're curious.

And have it I did. In fact, I still have it, and I still have quite a lot of it. At the time of buying it, for something like £290 for a 250ml bottle, I reasoned that it's so expensive, I'll only spritz it on special occasions. So for about two years, I barely ever used it for fear of literally spritzing our money away and it looked like a brand new bottle still. So I've adopted a new approach now, similar to the one I take with makeup:

Because I'm certain, that one day, I'll give it a spritz and it just won't quite smell the same as it always did, and that truly will have been a waste of money. So fuck it, if I'm going for brunch, it's on. If I'm going shopping, it's on. If I'm picking up a parcel I've missed, it's on. If I need to buy bread and milk, it's on. No regrets.

I've been fascinated by La Collection Privee ever since my first encounter with Sheenie's Oud Ispahan, because it's presented in such an elegant way yet appears to give the wearer a unique aura. Simplistic, minimal glass bottles filled with liquids of various colours, it almost looks like a really interesting chemistry lab. There are 25 fragrances in this collection, which I'd describe as very niche, and without disrespecting any other perfume brands out there, these are at least a couple of notches above.

I'd been feeling the need for a new fragrance lately, something a little different, when I stumbled upon Christian Dior's pop-up shop at the Trafford Centre, so I wandered in and was immediately struck by 'Rose Kabuki'. 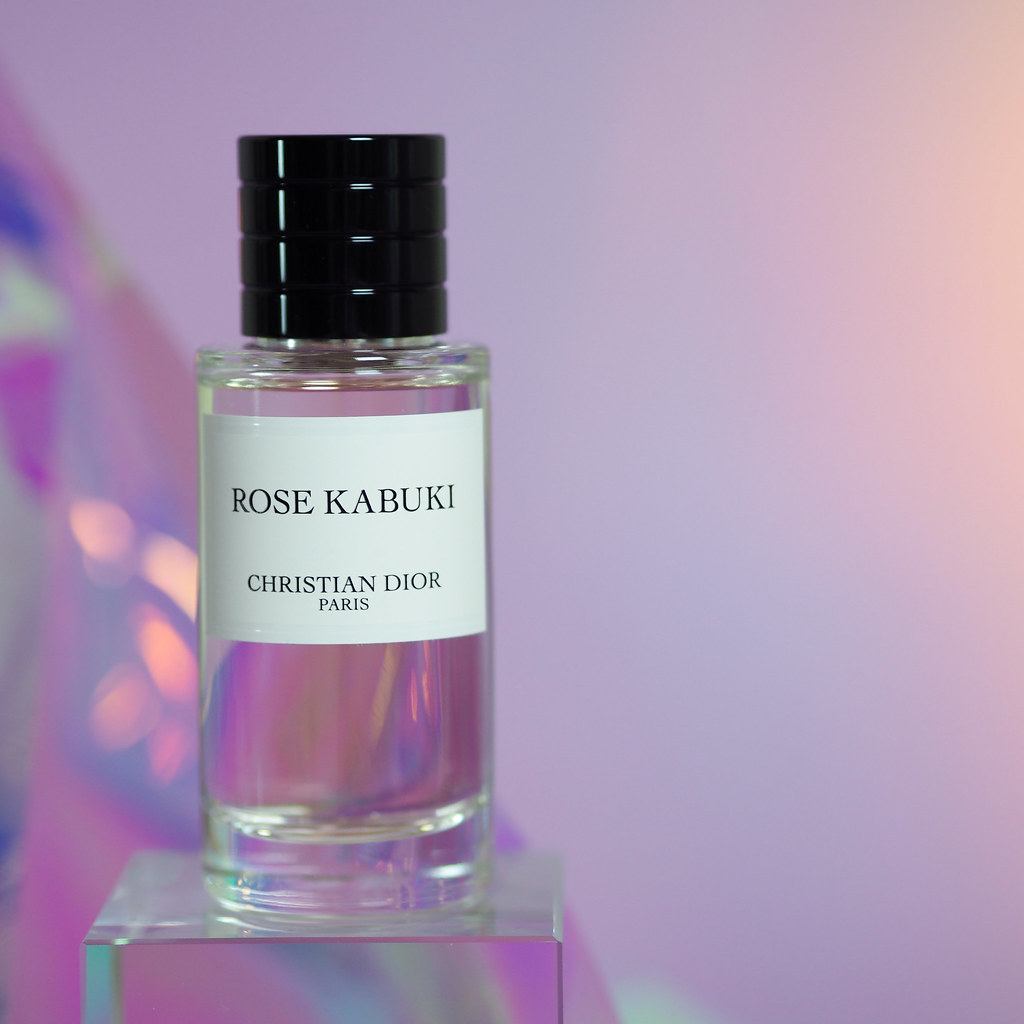 I'm going to be completely honest here, I'm not a perfume connoisseur in any shape or form, I can't distinguish between middle notes or base notes, and I'm way more at ease with topknots than top notes, so please don't expect a full in depth review on that front.

My best attempt at describing it would be as a powdery, floral scent that smells so innocent, but at the same time smells sophisticated and elegant. When I wear it, I feel like it gives an instant confidence boost too, like bitch, I am worthy of this expensive scent.

I have always had a soft spot for powdery fragrances but I find they can easily go wrong. They can either be a bit too powdery, and give you talcum powder flashbacks, or they can be sickeningly powerful. Dior have got the balance just right with Rose Kabuki though, it smells like something you want to wear, that you wish would never fade away.

And so, in the words of their perfumer:

"I wanted to create a delicate rose swathed in powdery, cottony musks, bringing to mind the immaculate faces of traditional Japanese Kabuki theater. A rose that is pink at heart, but enveloped in a white that haloes its petals. Its caressing softness is pricked with vivid, dew-pearled greens."

I'm not so sure whether I get all of that when I have a whiff, maybe it will come in time, but what I can say is that it lingers for pretty much the whole day, I haven't really come across anything out there quite like it, and of course it smells luxurious and expensive.

And that's because it is. It really, really is.

If you're feeling particularly flush, you can go all out on the 450ml bottle, which will set you back £405. At the rate I currently use perfume, I think flying cars and hover boards will be around, and I'll still be spritzing this.

If, however, you're feeling a bit more realistic about life, there are 3 other slightly less extravagant options - £89 for 40ml, £200 for 125ml and £290 for 250ml. Personally, I went for the 40ml bottle, so I'll have to set aside dreams of flying cars and make do with watching YouTube videos of home made jetpacks for now.

Is it worth it though? Absolutely.