So yeah, after I tweeted the other day about an experience at an unnamed restaurant in Manchester, where I asked for Chai, and was told... 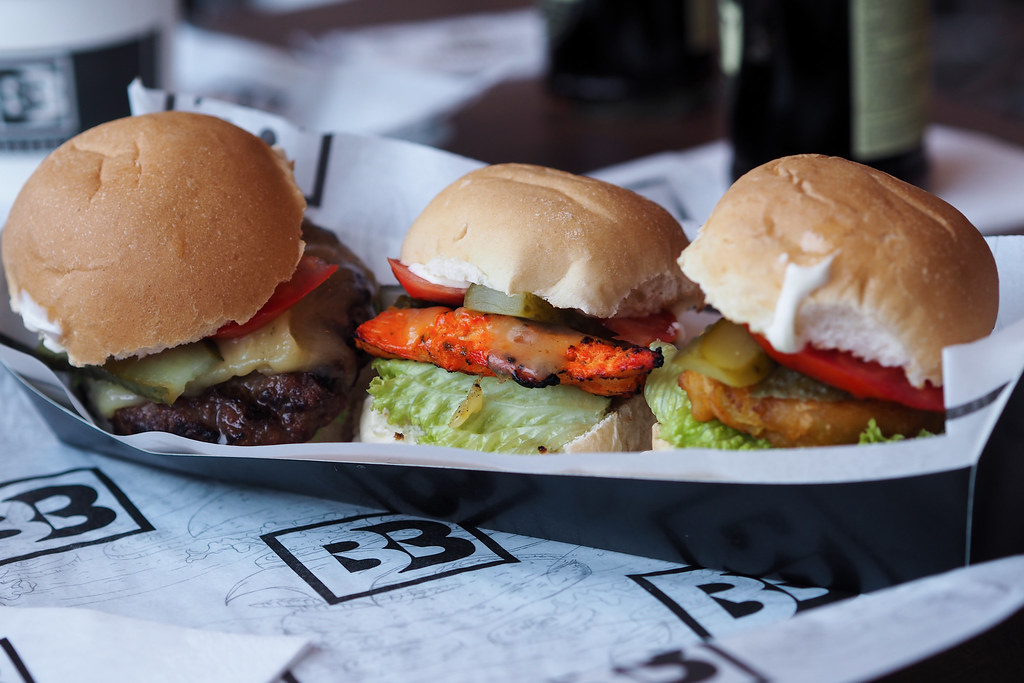 So yeah, after I tweeted the other day about an experience at an unnamed restaurant in Manchester, where I asked for Chai, and was told that I really meant Chai Tea *vomit*, I was told I should really start up some kind of food blog, as a lot of my experiences eating out are a little crazy.

I'm not going to become a food blogger, but I did happen to go somewhere really, really good today, so I thought I ought to share this, as it's a pretty new place and I don't think many people will be aware that exists just yet. 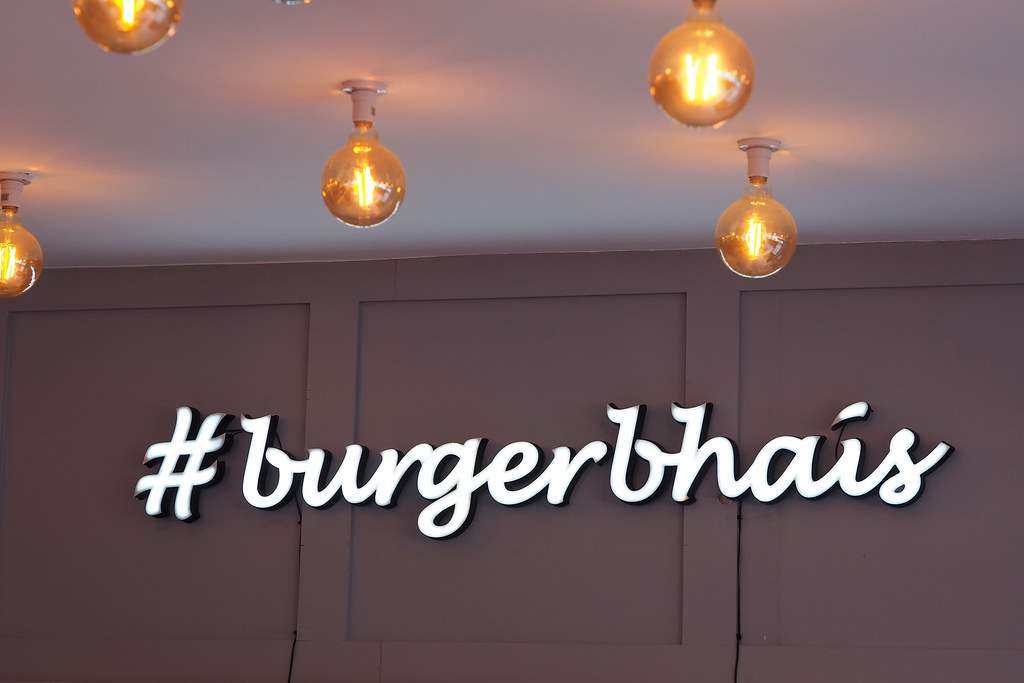 Burger Bhais on Cheetham Hill Road in Manchester has been open for about two and a half months now, and we'd kind of driven by it a few times since but never really had the chance to go in. The thing is, it kind of stands out because from the outside it's pretty clear that they've made an effort with the look of the place - compared to the standard food outlet on Cheetham Hill Road, this looks like a Michelin-starred restaurant. 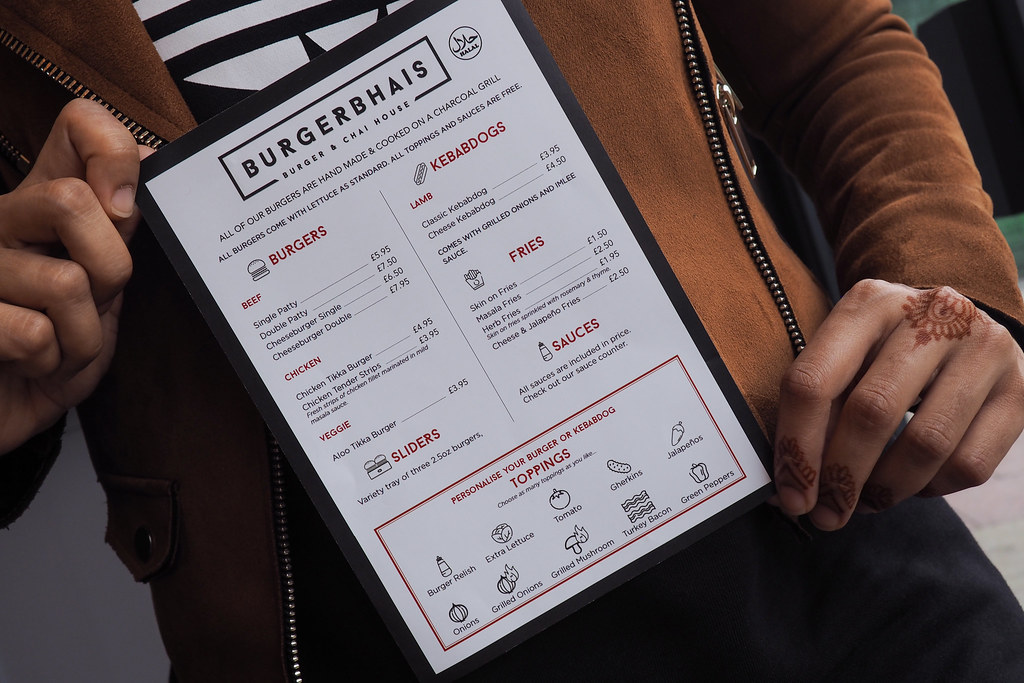 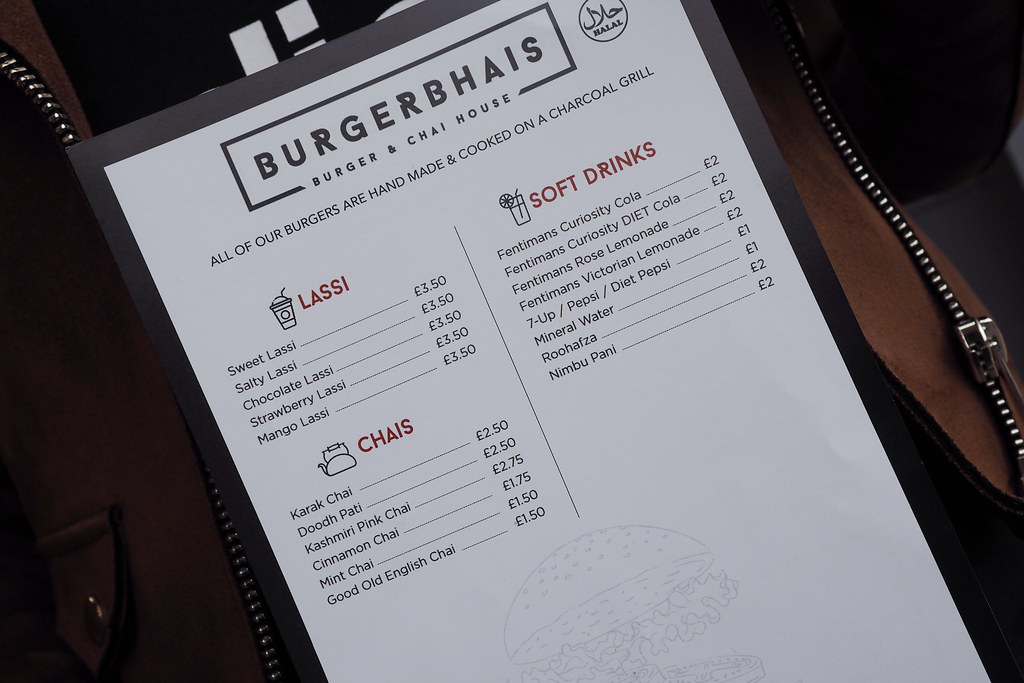 Inside, the decor is almost a cross between minimalism and American Diner vibes, with a fresh, clean look that's actually quite inviting. The menu is relatively small and straightforward, but I do not see this as a bad thing - instead of being hung up on providing for as many different tastes as possible, they keep it simple, so you just know it's gonna be good.

Also, while we were all deciding what to order, a random lady started talking to us, and told us she'd driven all the way from Bury just to pick up some food, because she loved the place. That's always a good sign!

I always find that Manchester is a bit short on halal eateries that aren't bland Indian restaurants that offer nothing I haven't already had before a thousand times, so it's nice to see that we now have another to add to that particularly short list.

On our table we ordered a bit of a mix - the Aloo Tikka burger, Cheeseburger, Chicken Tikka burger and the Sliders, which turned out to be one of each of these three. Sadly, none of our party ordered a Kebabdog, but judging by the name, it's a hotdog with a seekh kebab instead of a sausage. 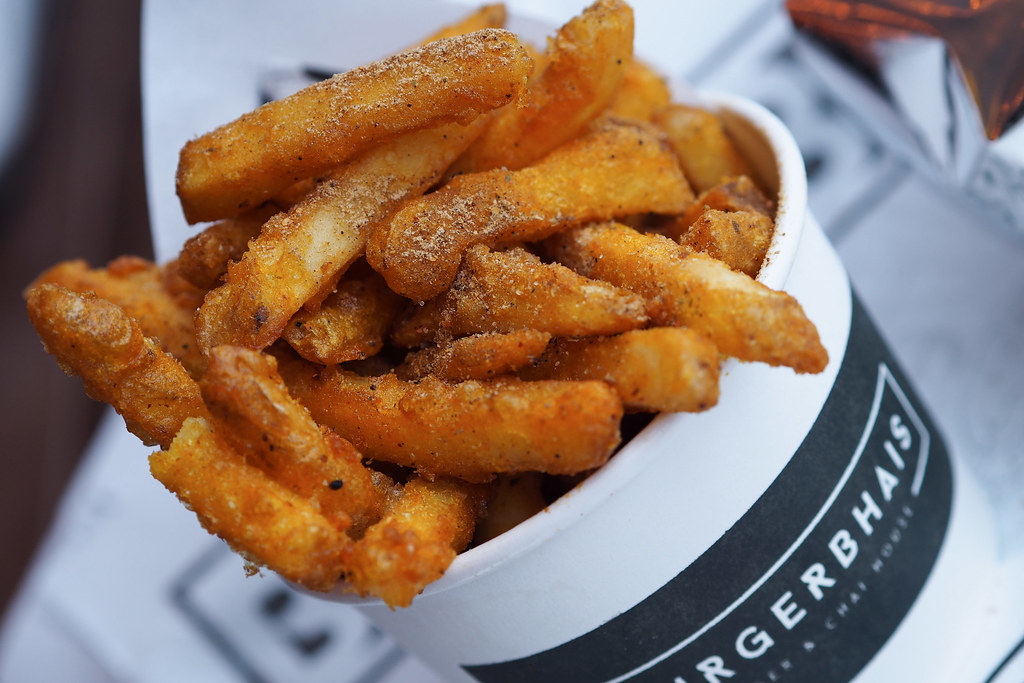 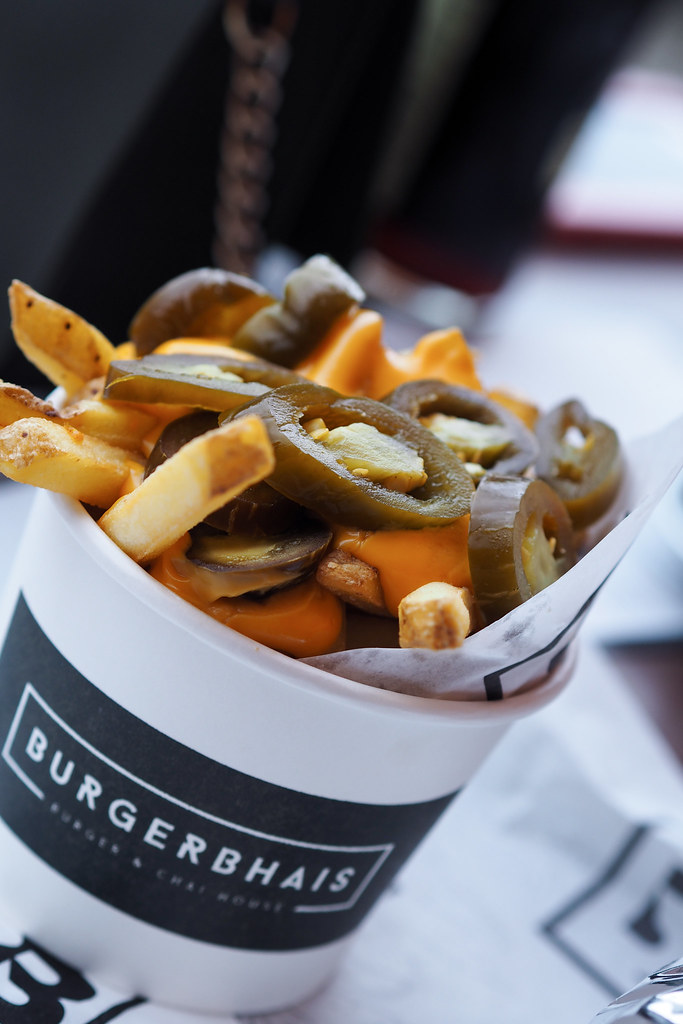 For the sides, three of us went for the delicious Masala Fries, and one of us went for the slightly more exotic Jalapeño and Cheese Fries. The Masala Fries were delicious, covered in a lightly spiced batter, fried (of course), then dusted in some kind of black-salt based seasoning. Each bite was both crispy yet potatoey, and you can't go wrong with that! The Jalapeño Cheese fries were unsurprisingly fries covered with melted nacho style cheese and err.. Jalapeños. Personally, I'm not a big fan of nacho cheese, but again, if you are, you can't go wrong.

I didn't take a photo of the cheeseburger, mostly because I don't like cheeseburgers at all and think they all look the same, but apparently it was juicy, and quite obviously not your typical frozen-burger-warmed-up affair. 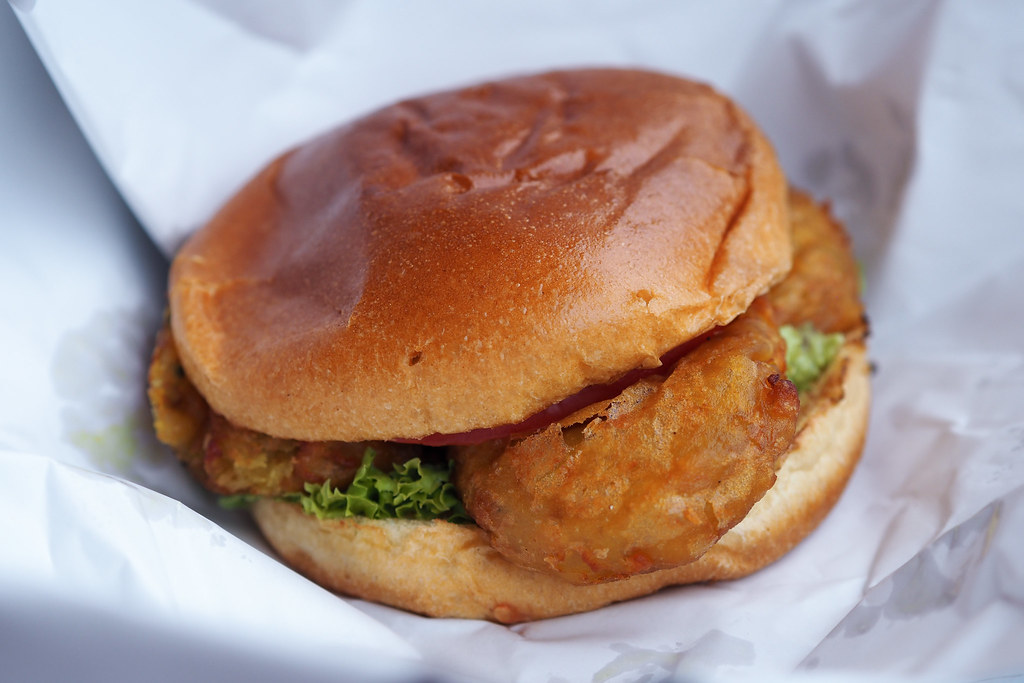 I promise, it's way more appetising than it looks

Of course, I don't get on well with meat, so it was great to see that they have a decent vegetarian option on the menu. You never quite know what you're gonna get with Aloo Tikka though, in so many places, the vegetarian option is just an inconvenient afterthought, but this was far from that. In fact, it is probably the closest resemblance to a Vada Pav I've had outside of Mumbai, despite not even being called a Vada Pav! The aloo was nice and fluffy, with a crisp coating and generously spiced. They could probably do with an extra veggie option, but they're just starting out so hard to be too critical just yet. 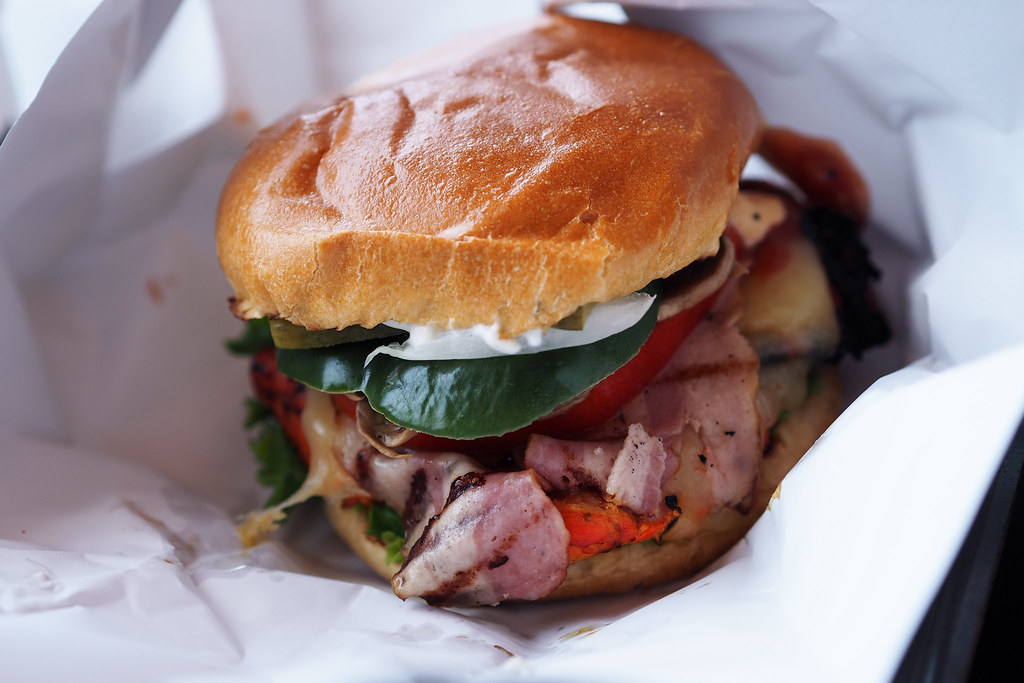 The Chicken Tikka burger looked mountainous on the plate, with the deep orange tikka marinade making the chicken look ridiculously tender and tasty, and that's exactly what it was. Why was it so mountainous though? Well, instead of having a pre-defined set of toppings for each burger, they let you choose your own without extra charge - so you can literally have all of the toppings loaded on! 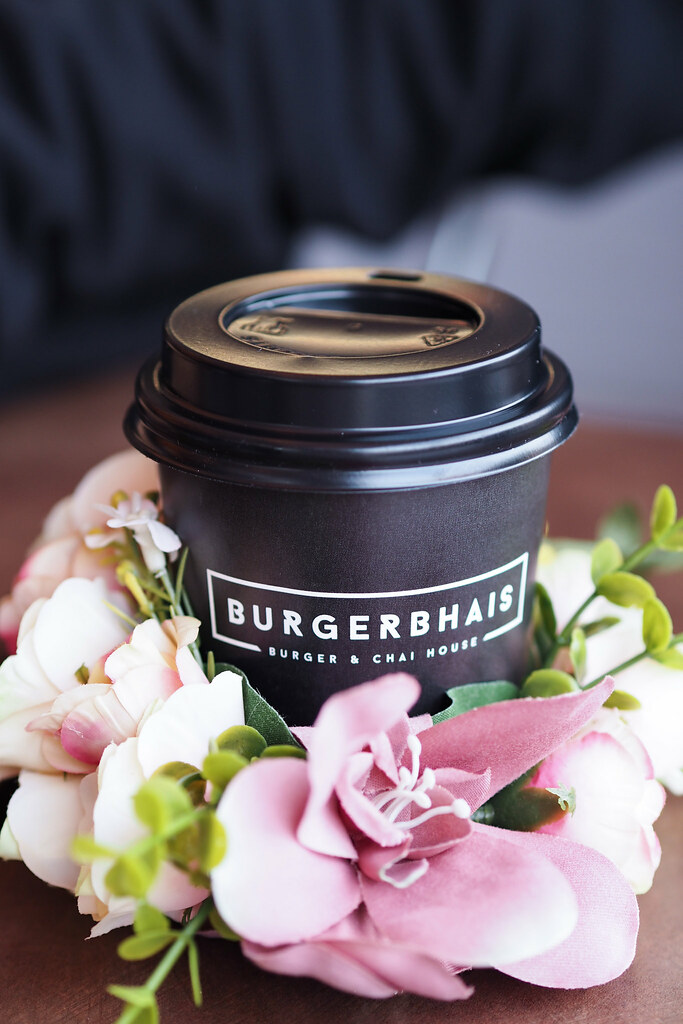 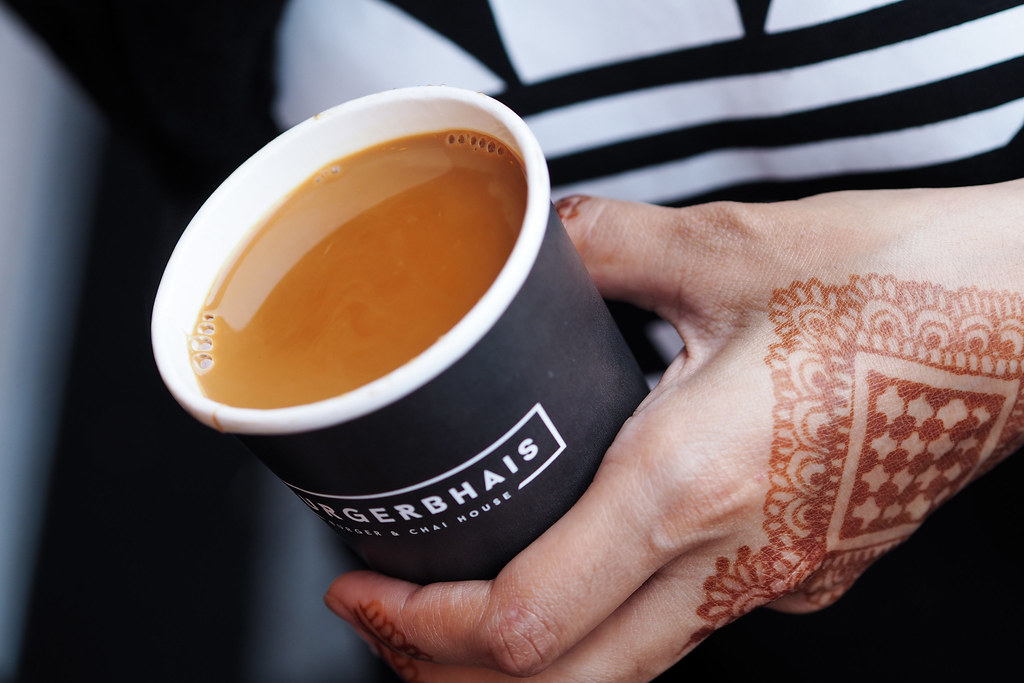 ...neither is the henna

There is no dessert menu at all, but honestly, I'd just prefer they stick to what they're good at, instead of concentrating on adding new things and losing sight of their core offering, because they are really good at that. They do have chai though, and by that I mean actual chai, not chai tea, and that's always a good thing. 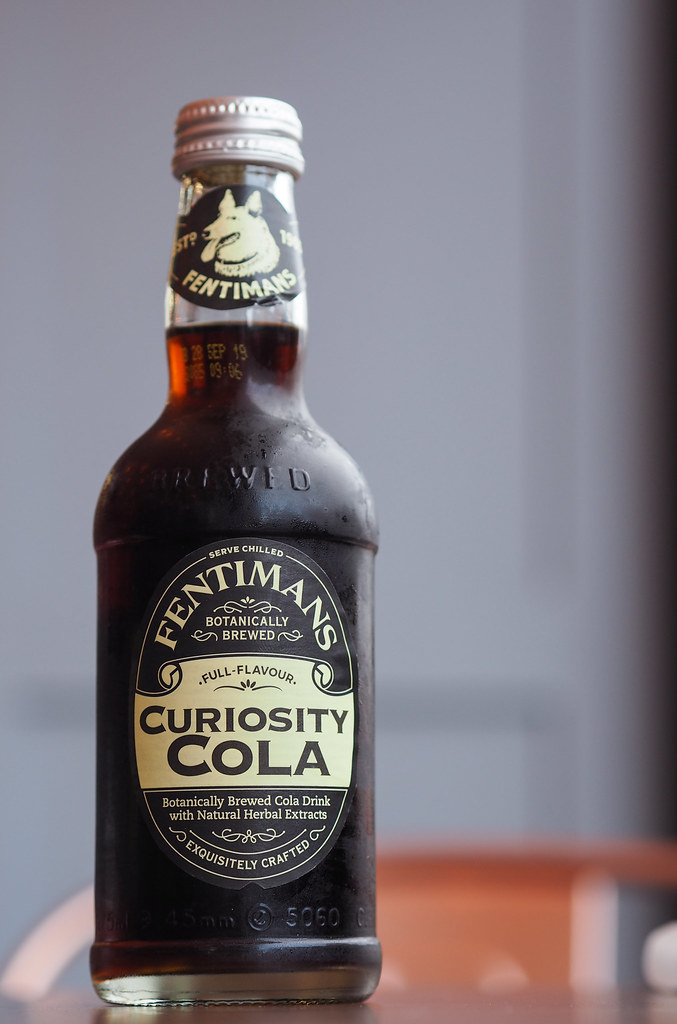 As you can see from the menu, the prices are pretty reasonable, about £10 for a burger, some fries and a drink. And the drinks aren't restricted to the standard Coke or Pepsi, though you can get Pepsi if you want, they've brought in Fentiman's to their menu, which is a refreshing change to the norm.

Would I recommend? Absolutely. Will be going back to Burger Bhais in future? Definitely.