Life In The South Asian Diaspora

I have a really strong connection with my Asian roots, it's taken a long time, but I've been totally at ease with who I am and ... 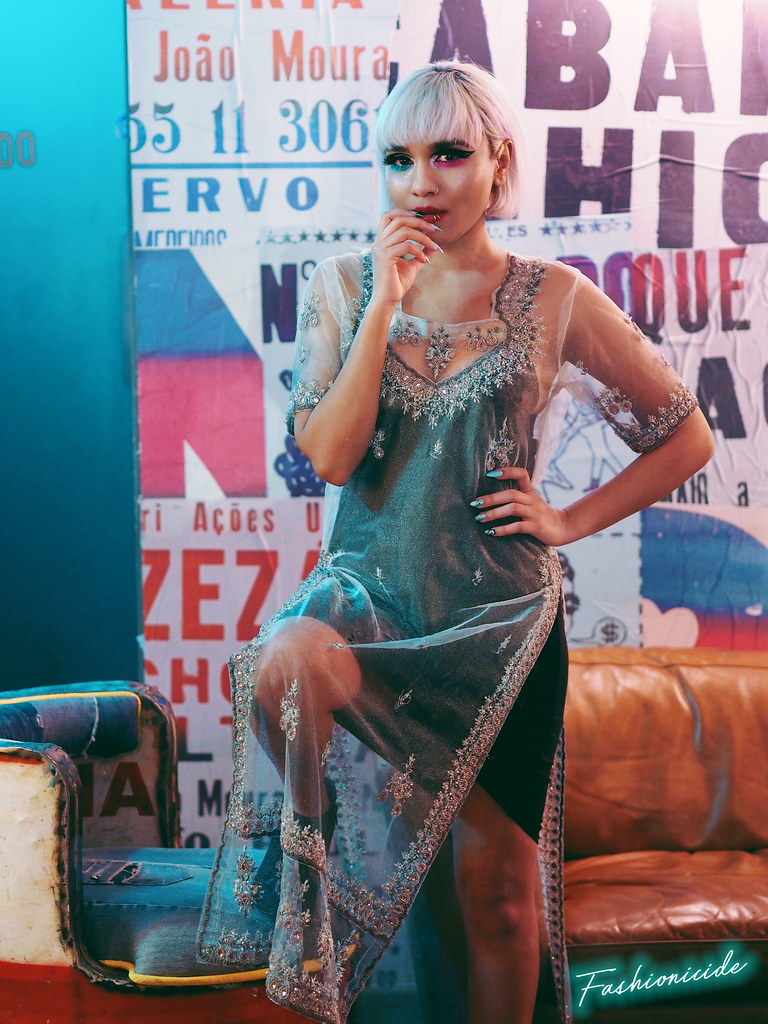 I have a really strong connection with my Asian roots, it's taken a long time, but I've been totally at ease with who I am and where I'm from for a few years now. I grew up in an Asian household obviously, and we always had Indian TV or Bollywood films on in the background, and actually, by the time I went to school, I could only speak the tongue of my mother.

I was one of those foreigners the Daily Mail hates so much, that doesn't even speak English and wastes valuable teaching time. I went to a mostly white school though, and I kind of picked it up that way, much in the same way that a few years later I kind of picked up Gujurati due to living in the middle of a huge Gujarati community. It was only when I went to school that I realised I was different. 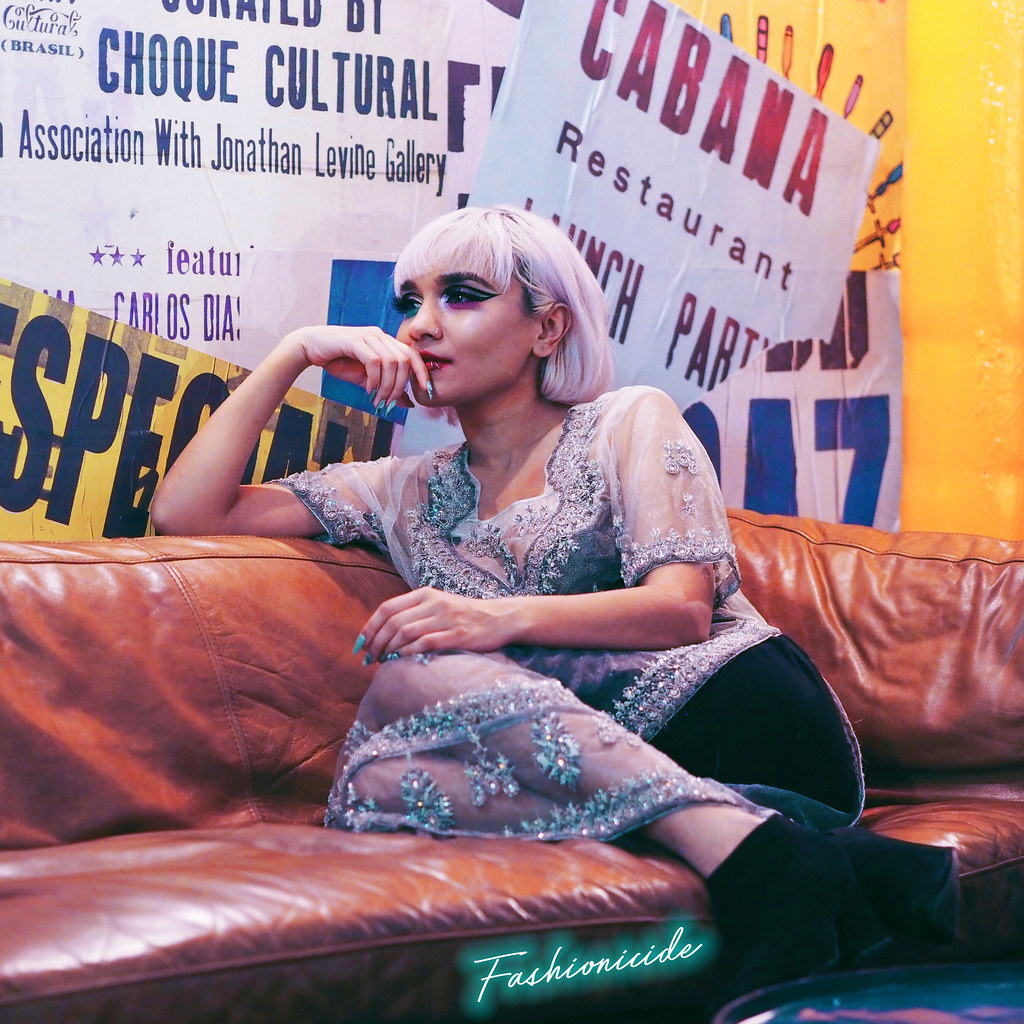 In my teens, I started to embrace that though. Picture the scene: 14 year old Asian girl, with a dupatta (loose head scarf), wearing baggy jeans and chains, listening to Limp Bizkit and various other goth/emo type bands. Thankfully I can't find any photographic evidence, but I can assure you it happened.

Of course by then I'd already became a grand master. All asians by the time they're teenagers have already developed multiple personalities, and I'm not necessarily talking about mental health. In order to assimilate or 'integrate' with British society, we need to act a certain way, because let's be honest here, British society cannot handle the 'South Asian way'. But then, if you were to go home and talk like you do to white people, you won't fit in there either. 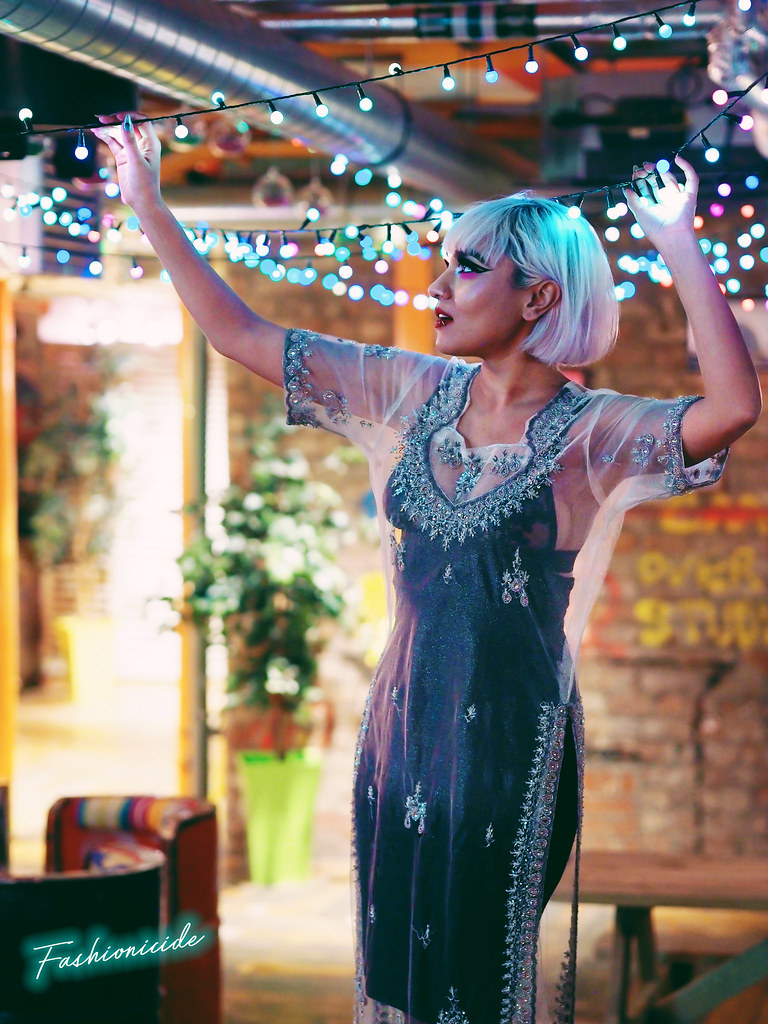 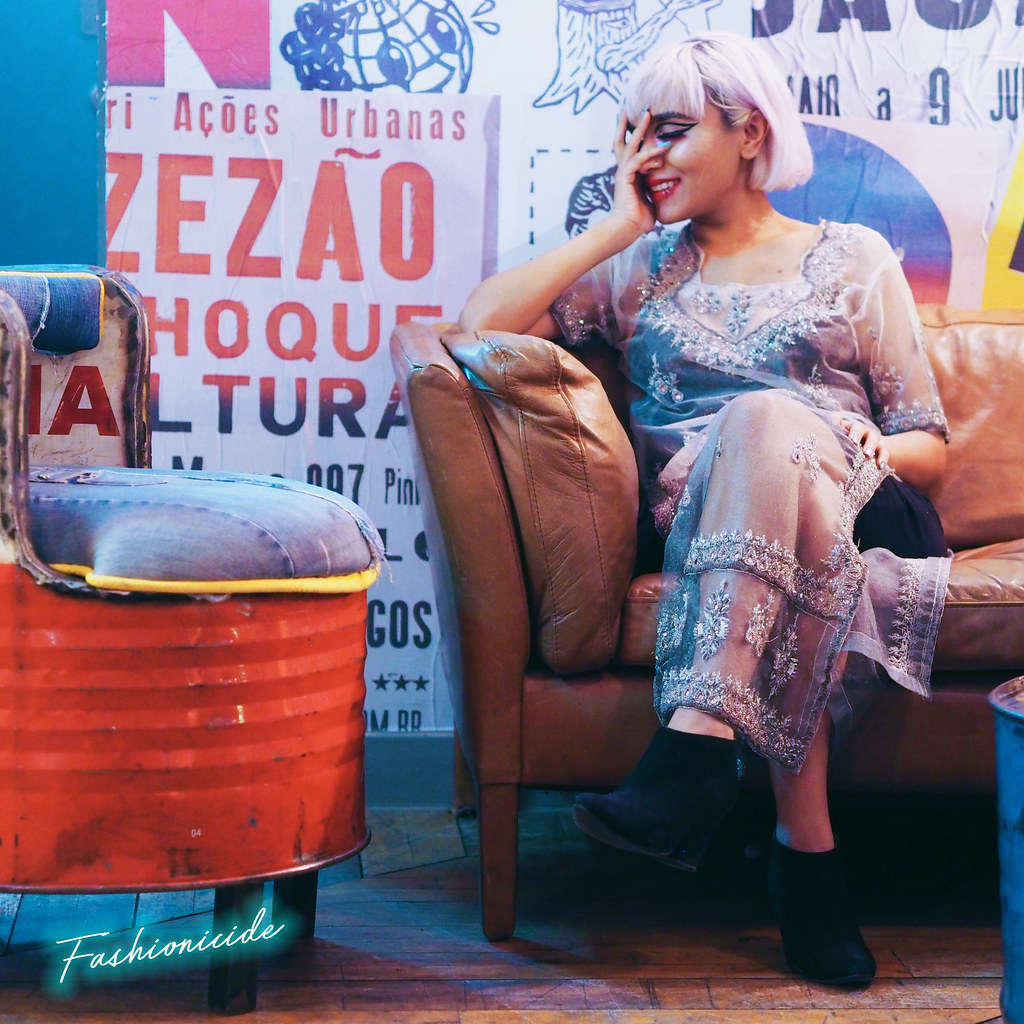 But I think this outfit sums me up, and perhaps even the future of the diaspora. I'm going through the process of merging my two personalities into one. The outfit is an upcycled saree, cut and stitched with a bit of a western look and feel to it. You could take the analogy that I'm upcycling myself, taking the best bits of my Indian heritage, the best bits of being raised in Britain, and blending them together. 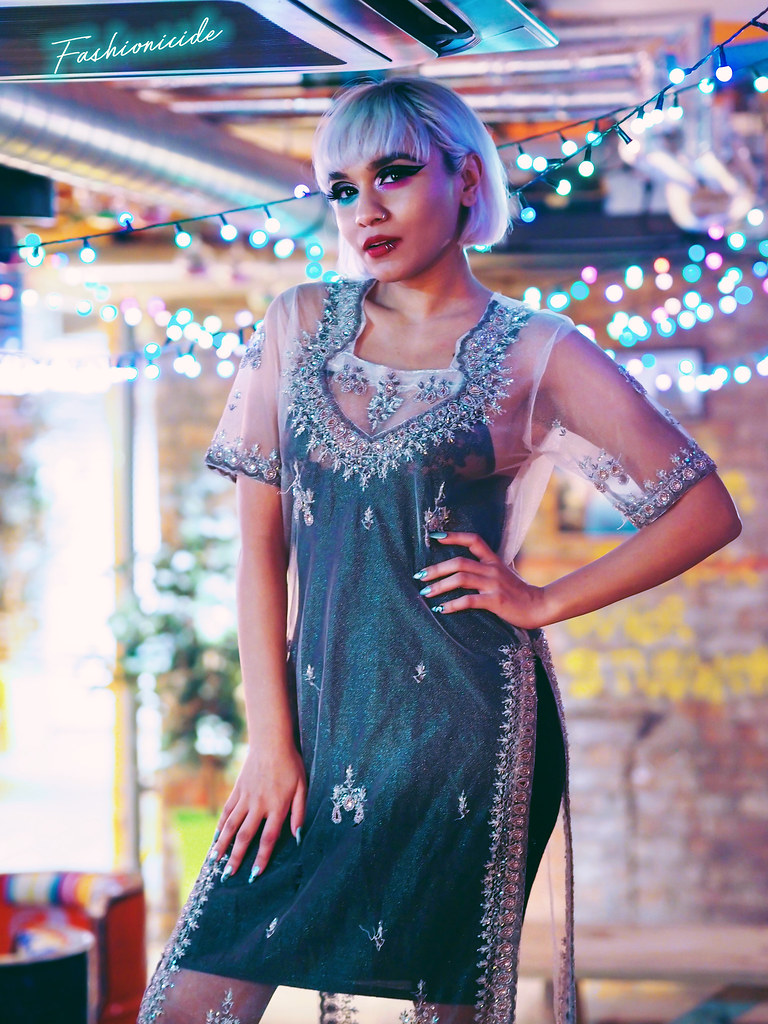 I often wonder, in this white man's world, whether Asians born and bred over here in the west are hindered by the fact that we have to waste so much energy being two entirely different people. Perhaps the ones that make a success of themselves are those who pick one and stick with it - it means that you'll fit in with one and not the other, but maybe that's better than not quite fitting in with either. 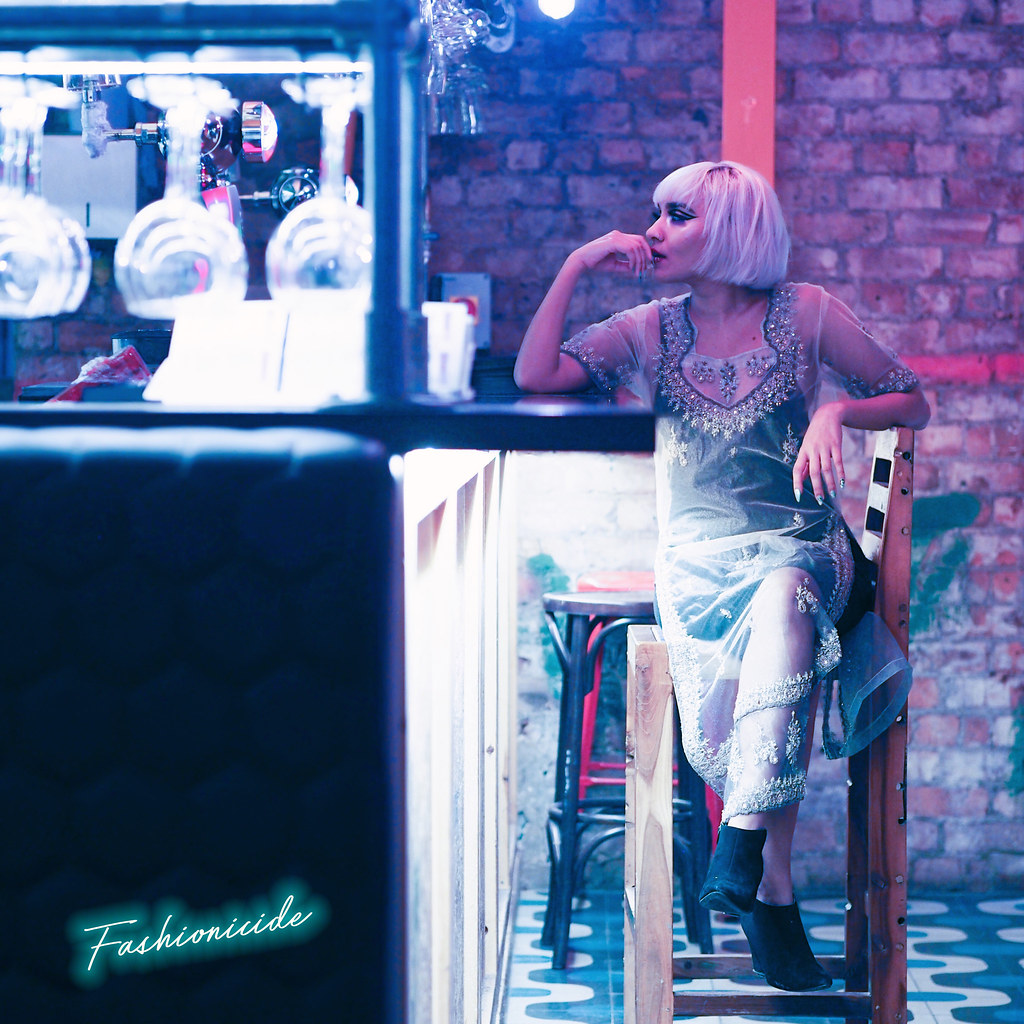 Hopefully as we move from second and third generation immigrants to fourth and fifth generation, the diaspora can learn to take the best of both worlds, and combine them together, instead of keeping them apart to suit different audiences. It's up to us to blaze that trail, and make it easier for the next generation.