MUA, or Makeup Academy are such an underrated brand. You've probably walked past them umpteen times whilst walking through Superdr... 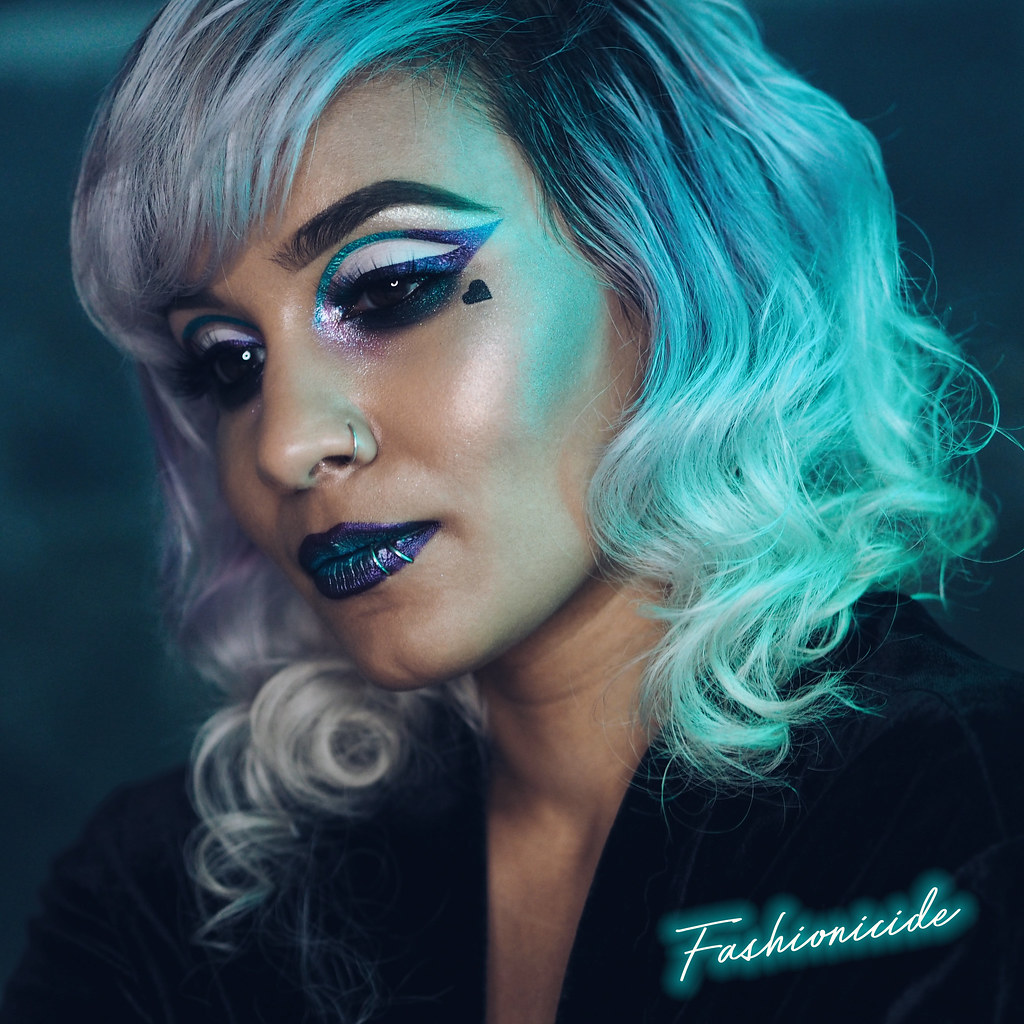 MUA, or Makeup Academy are such an underrated brand. You've probably walked past them umpteen times whilst walking through Superdrug without even giving them a second glance. Maybe it's because you think they're so cheap it must be for kids, or maybe you tried one of their products out once or twice in the past and they didn't impress you much. Either way, we all walk past and on to the 'good' stuff.

Me personally, I'd bought their entire Liquid Lipstick range they released a couple of years ago and regretted it almost instantly. The formula was awful, it was dry, it was crumbly and a complete waste of my time and money. After that experience, I too would walk right past them most of the time.

But something's happened recently, and I don't know exactly when this happened, but they appear to have had some kind of rebranding exercise. The packaging looks less.. cheap, and the colours seem to be a bit more adventurous than what you might expect to see on the high street,  the quality is better, but the price tag remains the same. It would seem that, to MUA at least, three (pounds) really is the magic number!

Well this all came to my attention when I was in Superdrug (of course) looking for something else (again, of course) and this MUA stand just caught my eye. It was all geared towards Halloween and there were a few interesting shades on show, though this was towards the end of the day and the thing had been mostly ransacked, so I had no idea what else was on offer.

So I picked up two interesting looking metallic liquid lipsticks and a blue highlighter that had all escaped the wrath of the Saturday crowds, all at £3 each. Nope, that's not a typo. THREE POUNDS. So I thought 'fuck it, why not?'

The metallic liquid lipsticks were actually quite refreshing to see in a high street store, because it really got me thinking: "When was the last time I bought a metallic liquid lipstick offline?" And I genuinely came up with nothing - answers on a post card please. But it was the blue highlighter that really intrigued me. I have a few blue-hued highlighters at home, where the highlighter is more iridescent blue and quite translucent but MUAs attempt is not this. It is full on, in your face, blue. Naturally, I had to give it a go and see how it might turn out! 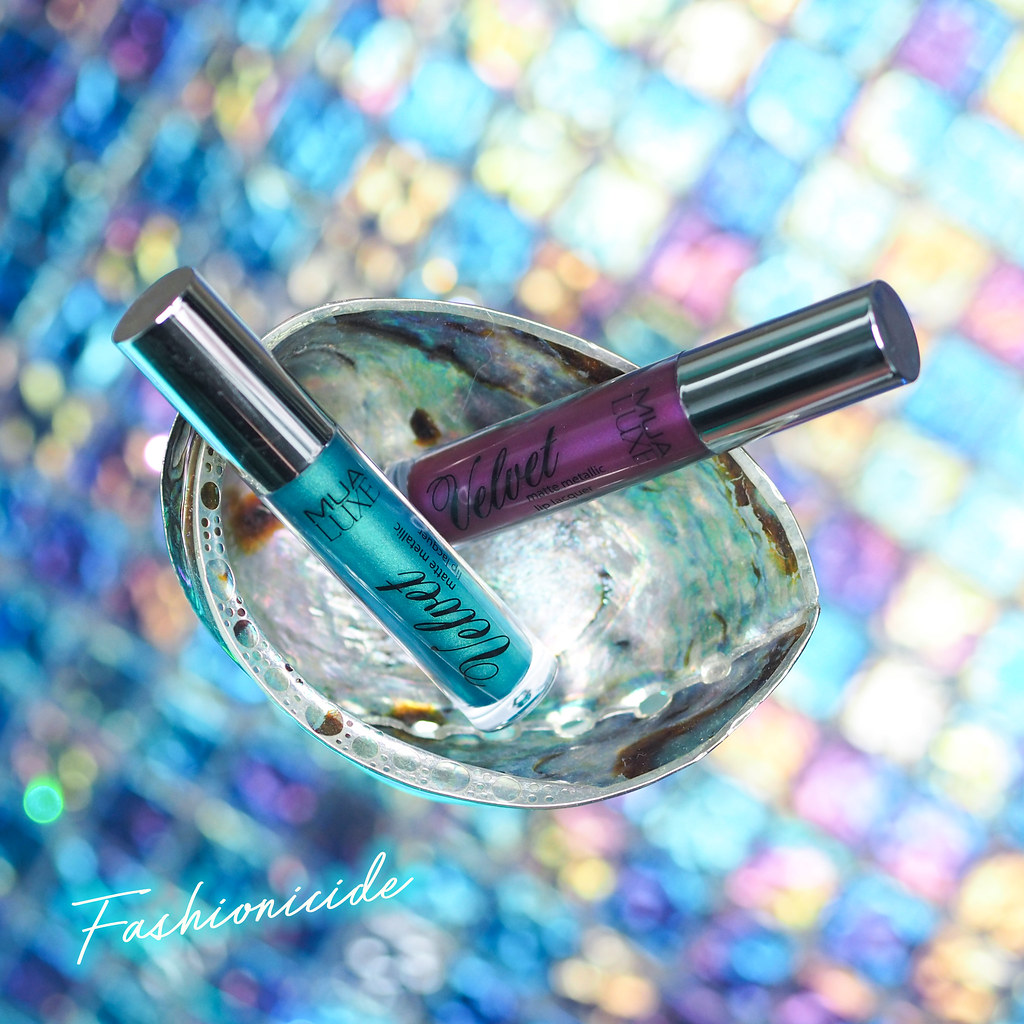 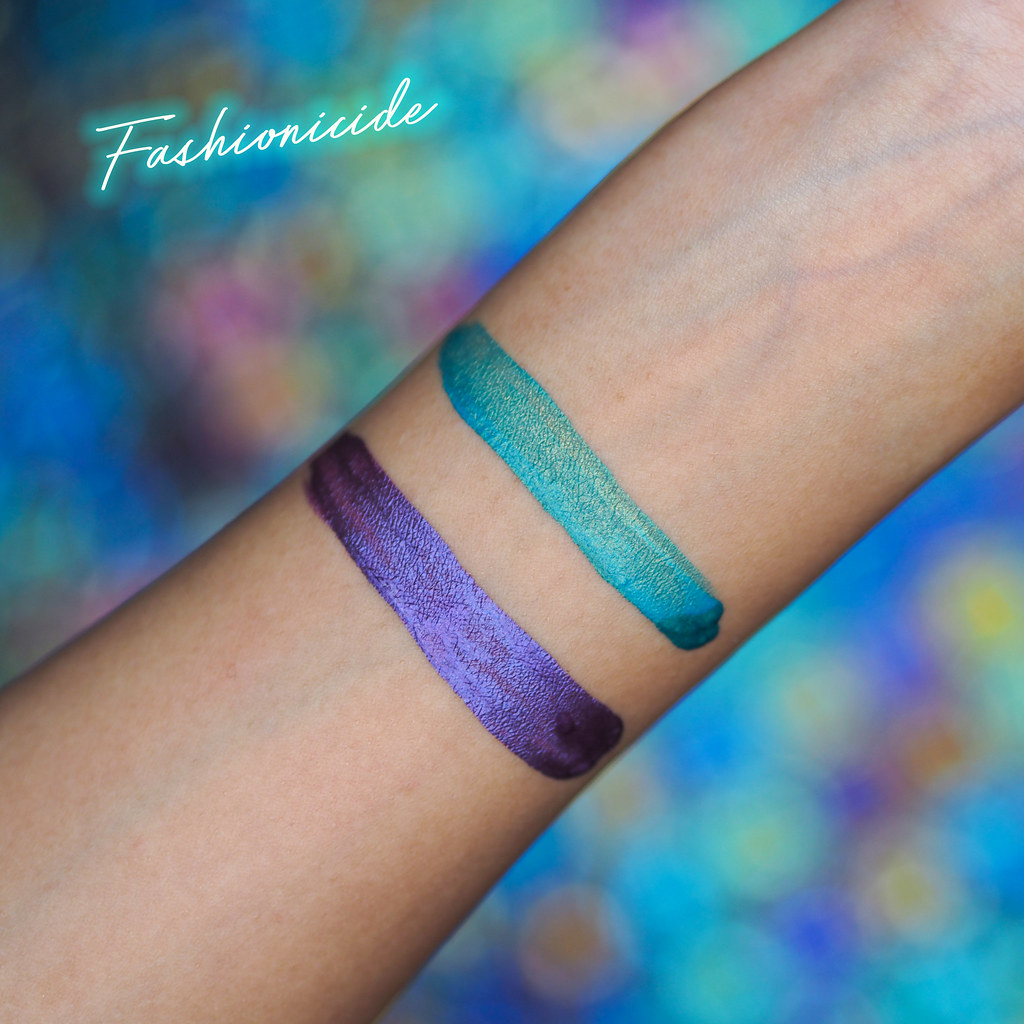 
For the metallic liquid lipsticks, I picked up Medusa, a turquoise-green shade and Thanatos, which is a warm toned plummy-purple. First thing to notice, is the colours are so deep and moody, and the second thing to note is they are metallic AF. The formula is quite smooth, like a wet cream, and glides on easily with the supplied doe-foot applicator. One coat of this stuff is enough to have your lips drowned in glorious metallic colour too. One. Coat. It feels nice and comfortable on the lips too, though as with any liquid lipstick, I'd recommend wearing a lip balm beneath it if you have dry lips. 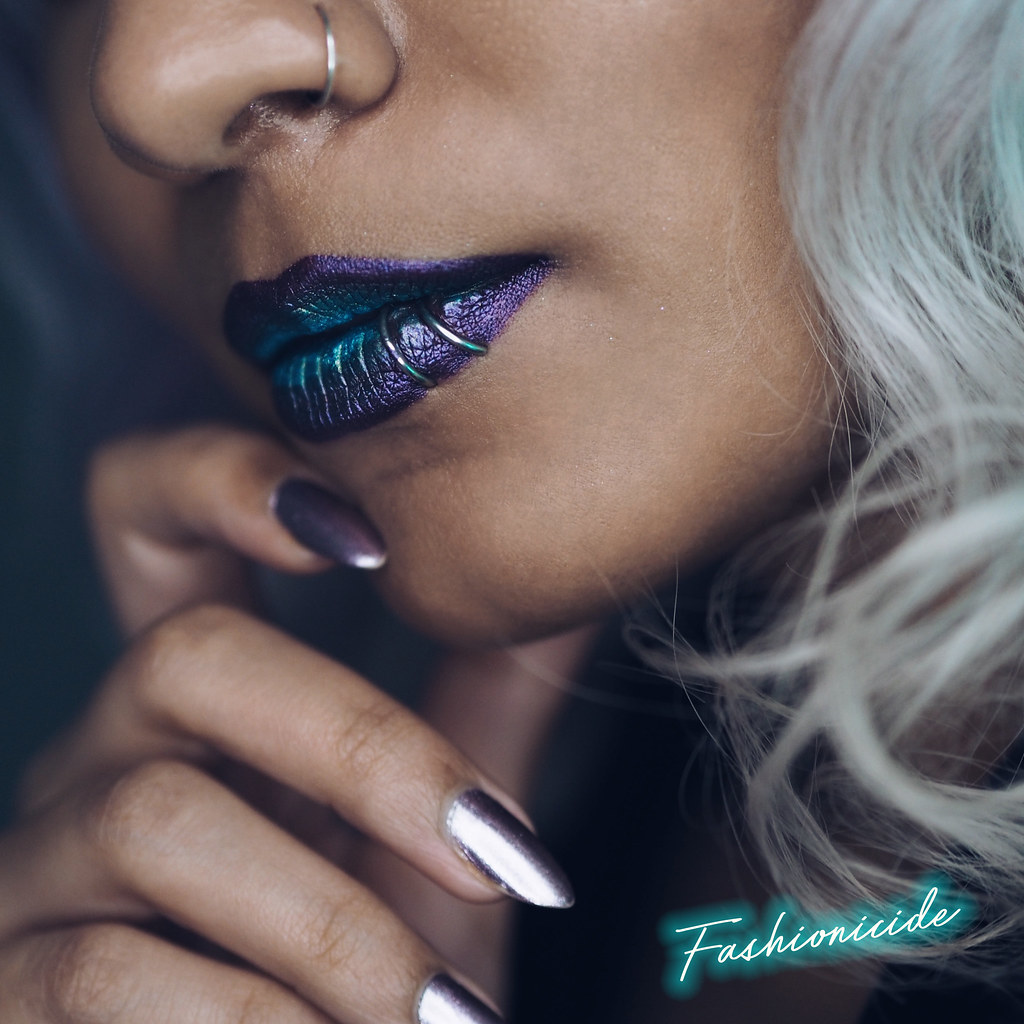 In terms of longevity, I was incredibly surprised. I drink a lot of water and tea throughout the day, and  I was expecting to have green or purple stained mugs, but no, this stuff just doesn't budge. It does start to come off a little in the centre of the lips when you eat though, but this happens with every 'unnatural' lip colour I've tried.

Even if you don't fancy these as lip colours you might sport on a regular basis, don't let that put you off, because the formula is pretty much perfect to use as eyeliner. And just another reminder - Three pounds. 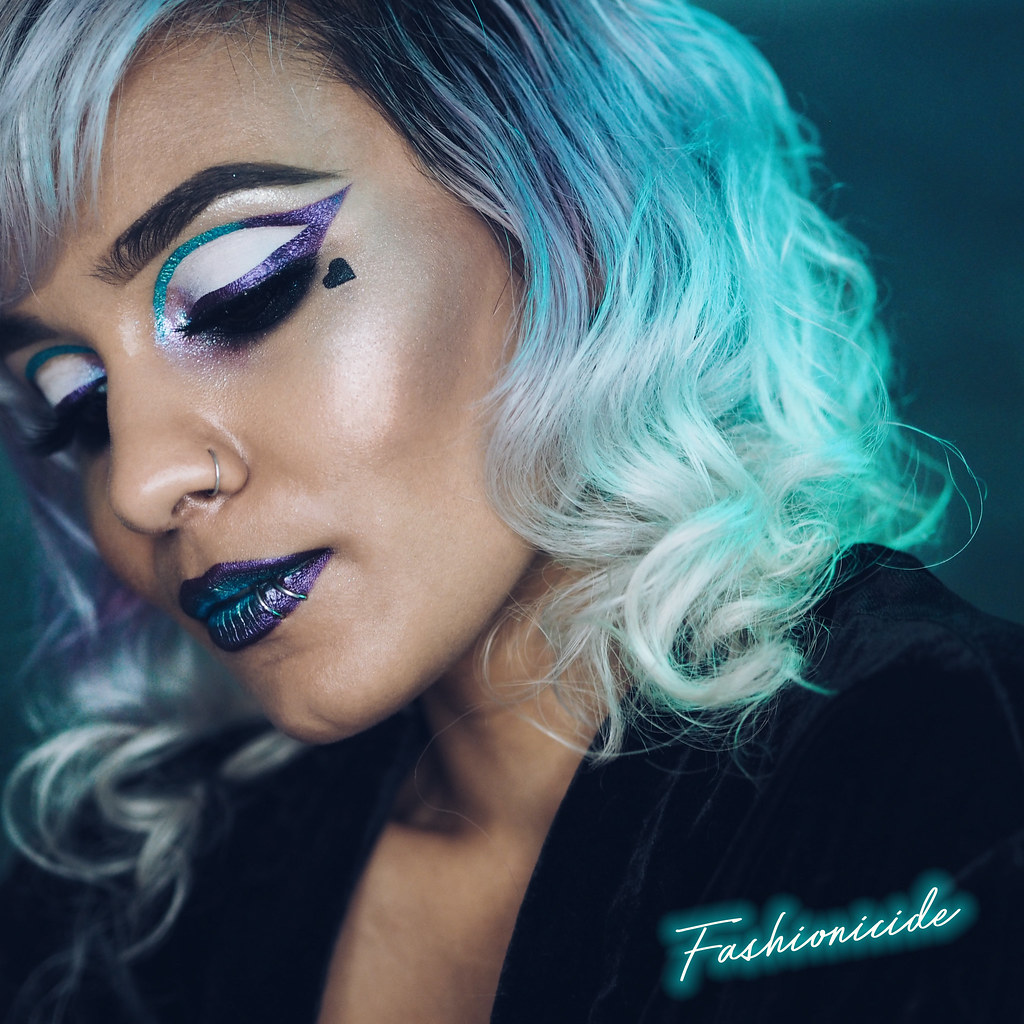 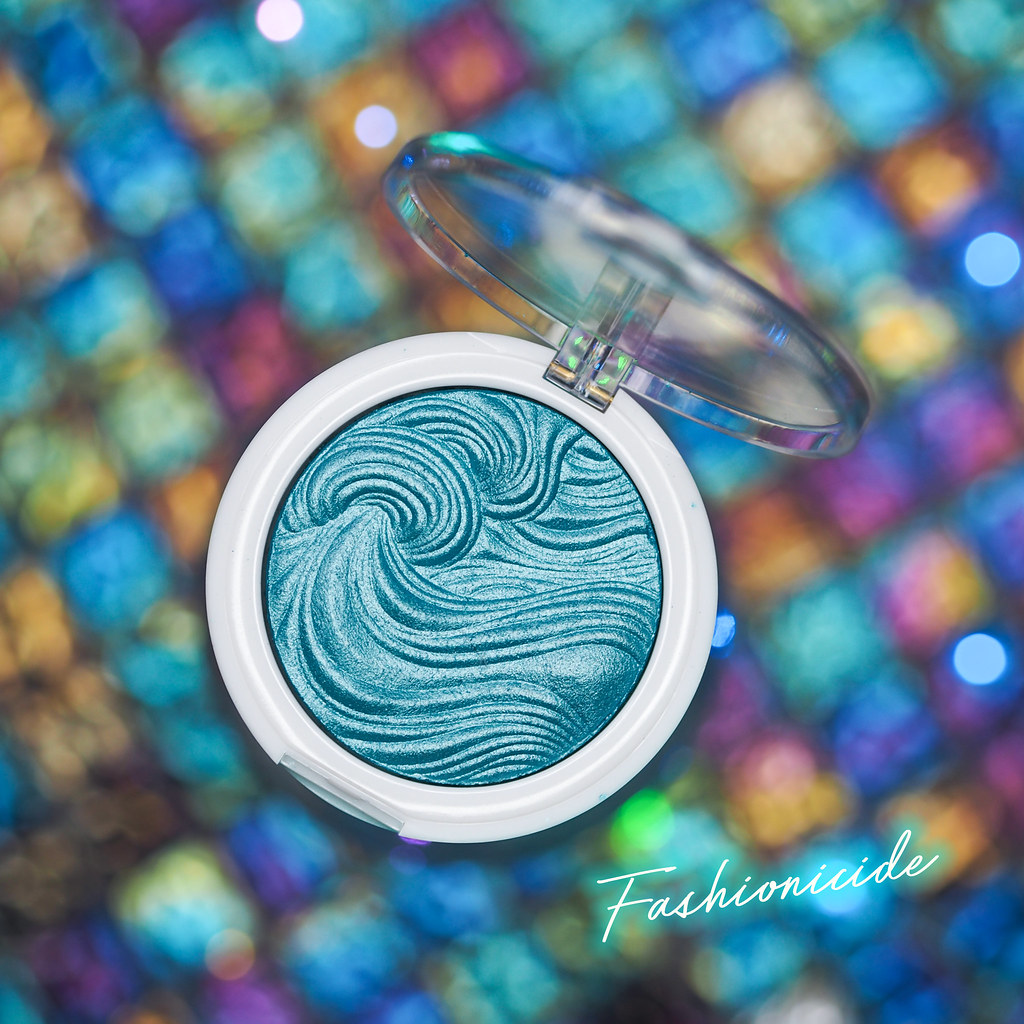 On to the highlighter then, and the ever controversial Jeffree Star released a black highlighter recently, and this MUA offering is in the same vein as that. We've come to expect highlighters to shift towards the advertised colour under the light, whereas this is more like an eyeshadow, in that the colour is just full on from the start. I'd say that it feels more like a light metallic eyeshadow than a highlighter. 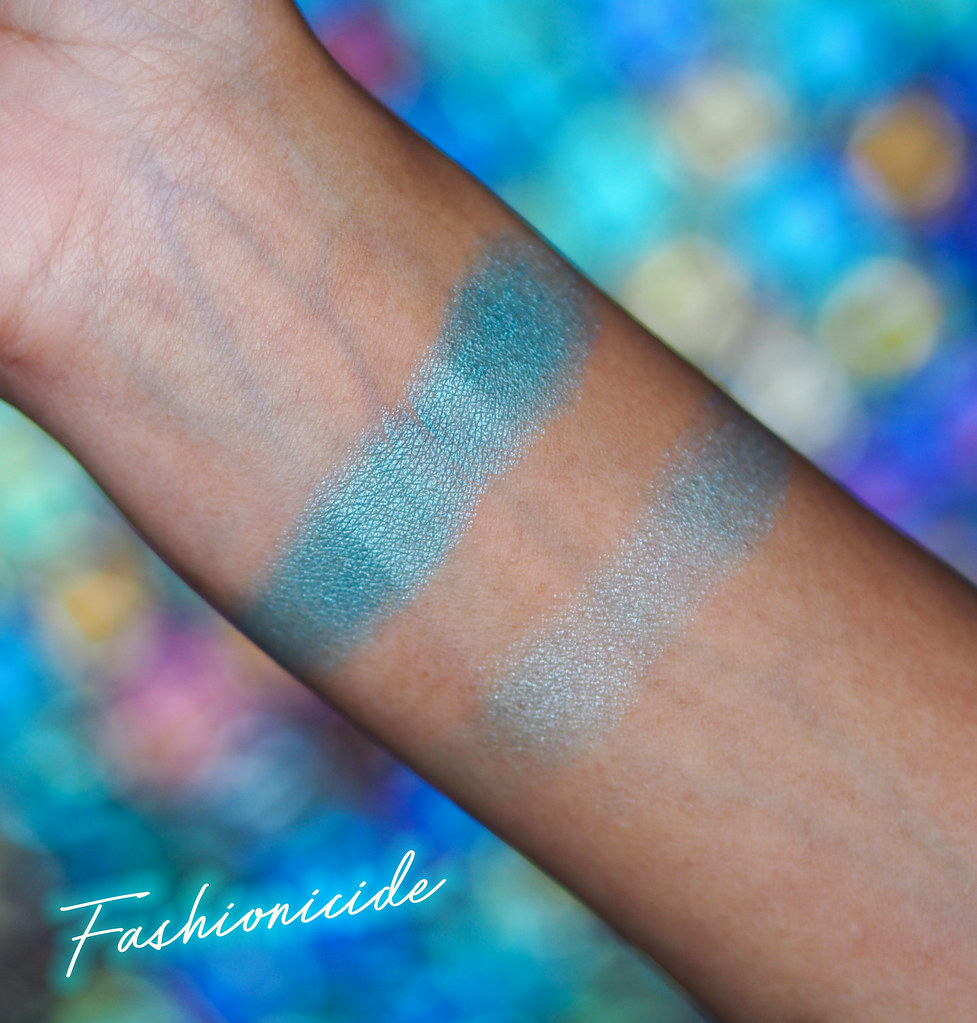 For the swatches, I applied one in the traditional heavy style to give you a feel for the actual colour of the product, but I don't think is a true reflection of how the product would look on the face, so I've also applied another one much lighter, to give you an idea of how it might look.

And I had to apply it lightly to the face, because if you go for the full-on gleaming highlighter look with this, you just end up with a solid blue patch! I can't fault MUA for that though, because it is a Halloween collection after all, where you may be going for something pretty dramatic and out of the ordinary. 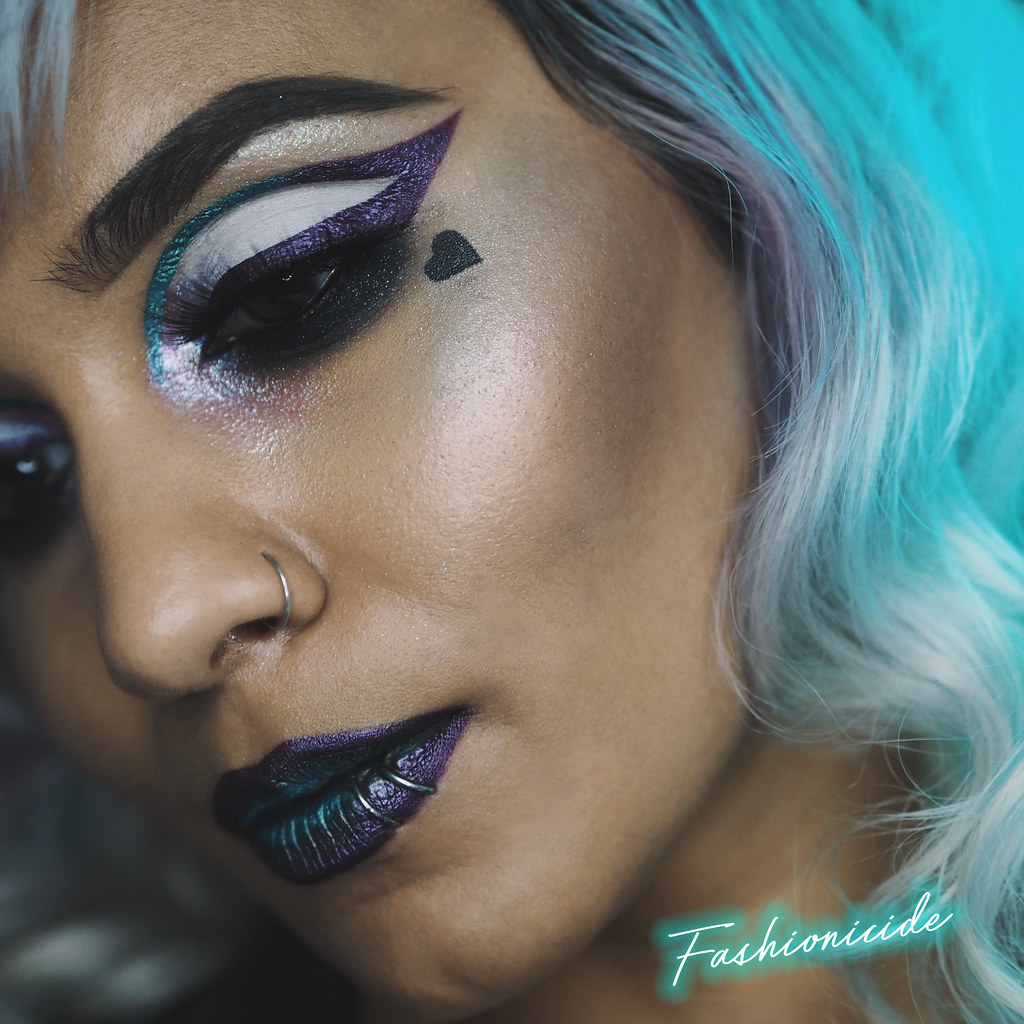 You can see in the shot about that there is a slight blue hue to this, which does take away a little from the glow factor this highlighter gives. Again, I think this is great for Halloween looks, but personally I wouldn't wear this is a highlighter on a normal day. But what I would use this for, is for my eyeshadow, or to apply to the inner corners, as the pigment game on this one is strong.

In my opinion, MUA should be applauded for releasing something so different and for making a splash of unusual colour so accessible at such affordable prices. It's such an amazing thing to be able to buy unique, bold colours on the high street, in Superdrug, and let's face it, pretty much any time you go in to town, you walk in to Superdrug!

Finally then, these products are exclusive to Superdrug, so you can only purchase in store or on the Superdrug website, you can't buy direct from MUA or anywhere else. Speaking of the MUA site though, I had a little bit of a browse today and spotted that they also do a wide range of adventurously coloured lipsticks (blues, purples, tales etc) which I'm really keen to try out, but I'm yet to see them in my local Superdrug.