I was thinking about this the other day, and I don't think I've ever met anyone who doesn't love Kat Von D. Whether that be f... 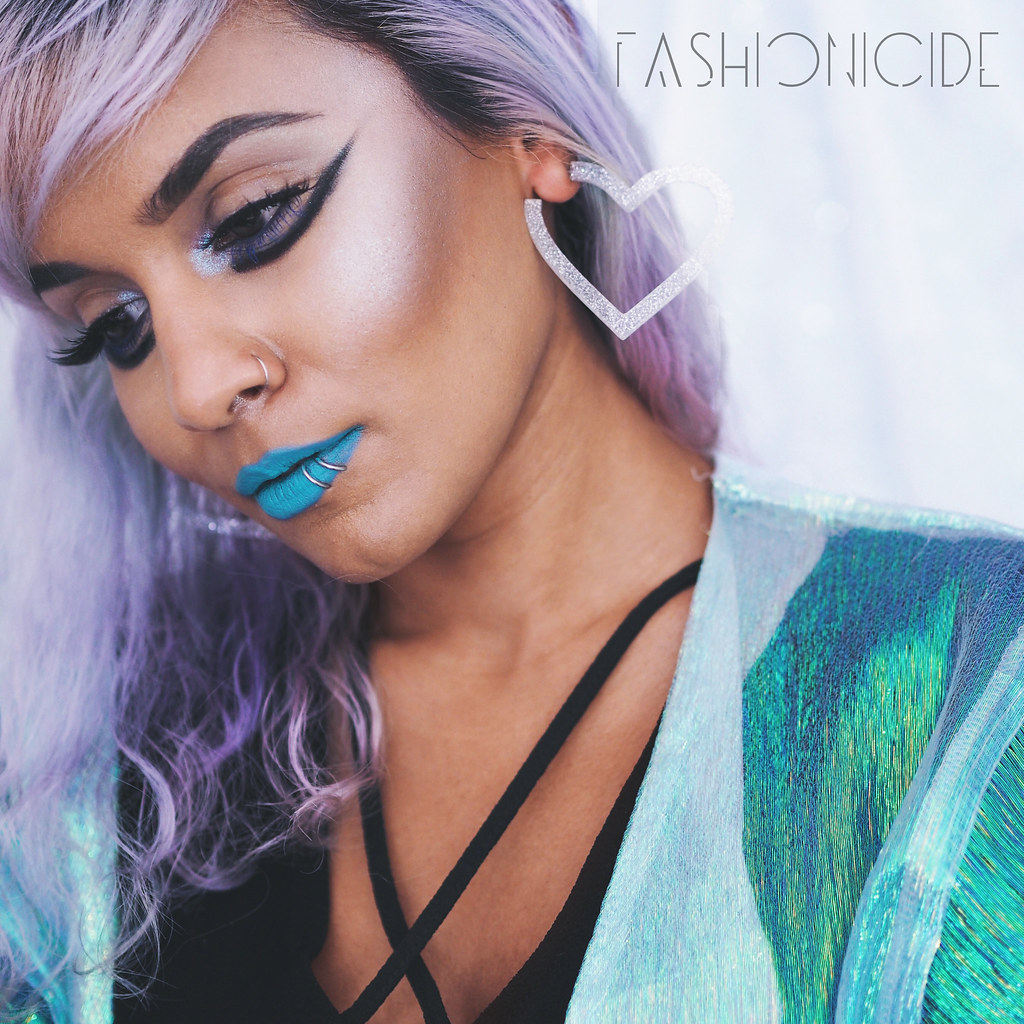 I was thinking about this the other day, and I don't think I've ever met anyone who doesn't love Kat Von D. Whether that be from the LA Ink days, her makeup line or just her as a person. She is one heck of a talented artist, something that many could only ever dream of, and seemingly a good egg. Though Jeffree Star may disagree with that..

The Kat Von D makeup line is one that I've been dying to try, since I very first heard of it, but as always with these things, we tend to be a bit behind throughout the UK in general, and even more so anywhere outside of London. So, when I found out they were coming to the UK I was excited, but then instantly disappointed to find out they launched the counter in, you guessed it, London. Sure, I could buy online, but with makeup I'm a touchy-feely kinda gal. I need to touch, smell and feel the product before I exchange cold, hard cash for it.

Luckily for me, and those of us in the North, Kat Von D - the brand, not the person :( - recently rocked up in Manchester and set up a counter at Debenhams and I for one, am over the fucking moon. Not only that, they invited me along for the launch, which was a vegan breakfast thing that was well thought through, and really inclusive. I met the lovely makeup artists at the counter, who gave me a tour of the products on offer - sadly the much-vaunted Pastel Goth palette had sold out already(!) - but nonetheless, they had everything else.

I ended up taking home the Lock-It Primer (review coming soon!) and the hugely popular *Shade and Light Contour and Highlighting Palette - and it wasn't even 11am yet. ;) 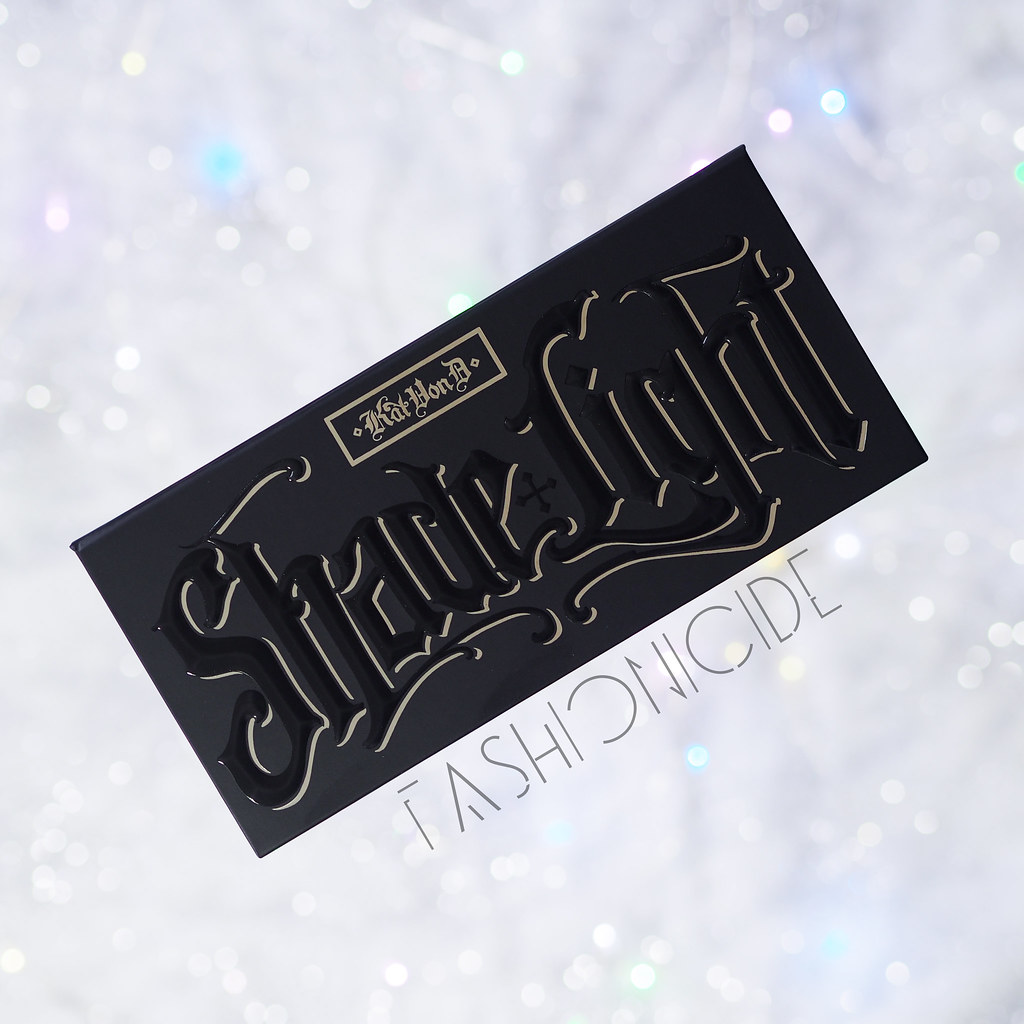 I know what you're thinking,  because I was thinking this too: "Why did you pick the Shade and Light Palette over their delectable lipsticks?!" but hear me out - I took a swatch of the palette at the counter, and was incredibly impressed by just how soft and buttery the powders were. I then thought how I could literally spread it on toast, but then that would be a complete waste, and instead started imagining how it would blend like a dream, and I was sold.

Just in case the name of the palette doesn't give it away, it's essentially a contour and highlighting palette. All the shades are matte and they're split in to darker and lighter shades. The darker shades are used to sculpt the areas around the face so you get those cheekbones poppin', or they can be used to bronze up. The lighter shades are typically used under the eyes to brighten, or can be used anywhere else on your face that you'd like to lift up. Of course, you can get creative with the palette, and use them as eyeshadows or whatever else you fancy.

The packaging is stunning. It's black (obvs) and has Kat's gothic-styled artworks all over it, giving off those dark vibes, with Shade + Light embossed on the front in stylised gothic font. 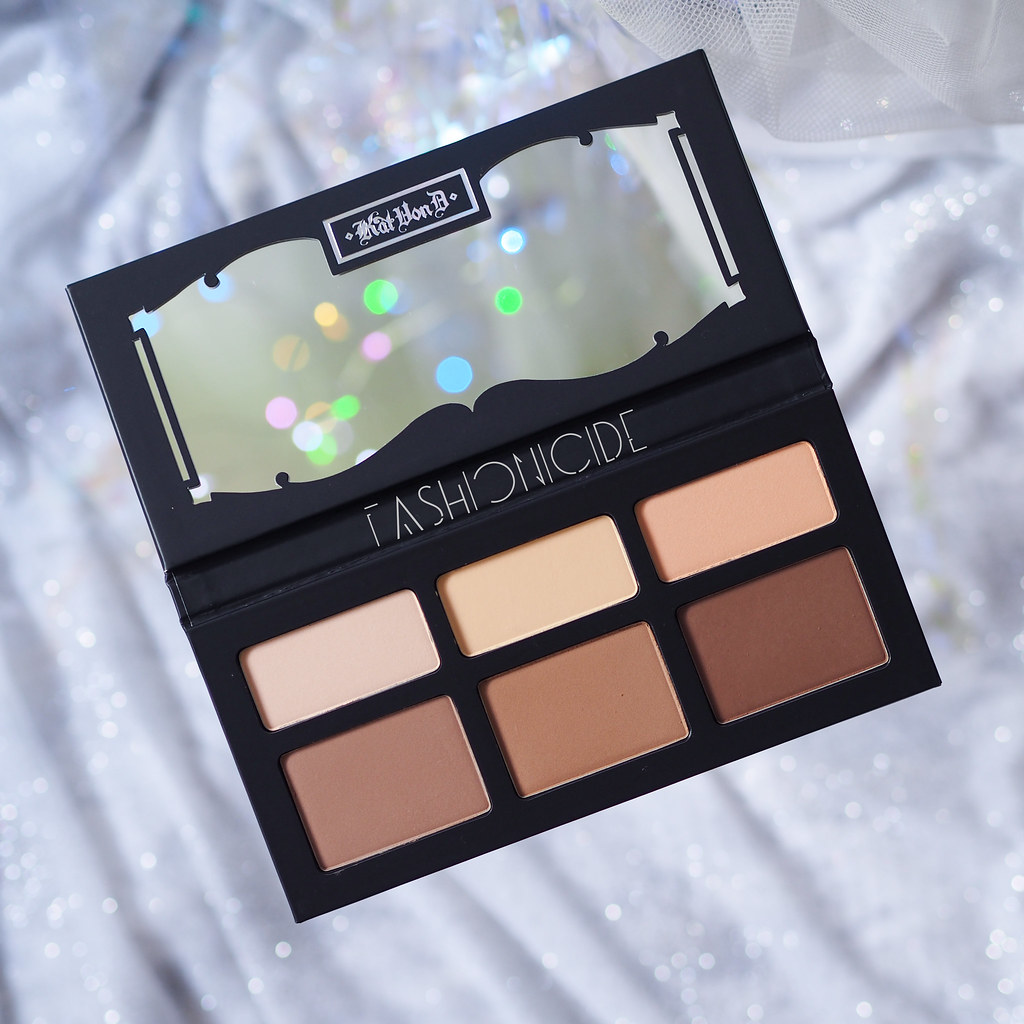 On the inside, you get the product (double obvs) and also a mirror with a cool af design around the edges acting as a kind of frame. The packaging itself is made from some kind of cardboard type material, and over time I've noticed that it is starting to peel back slightly around the mirror. The mirror is still in place though, and it doesn't present any issue in terms of using the product. 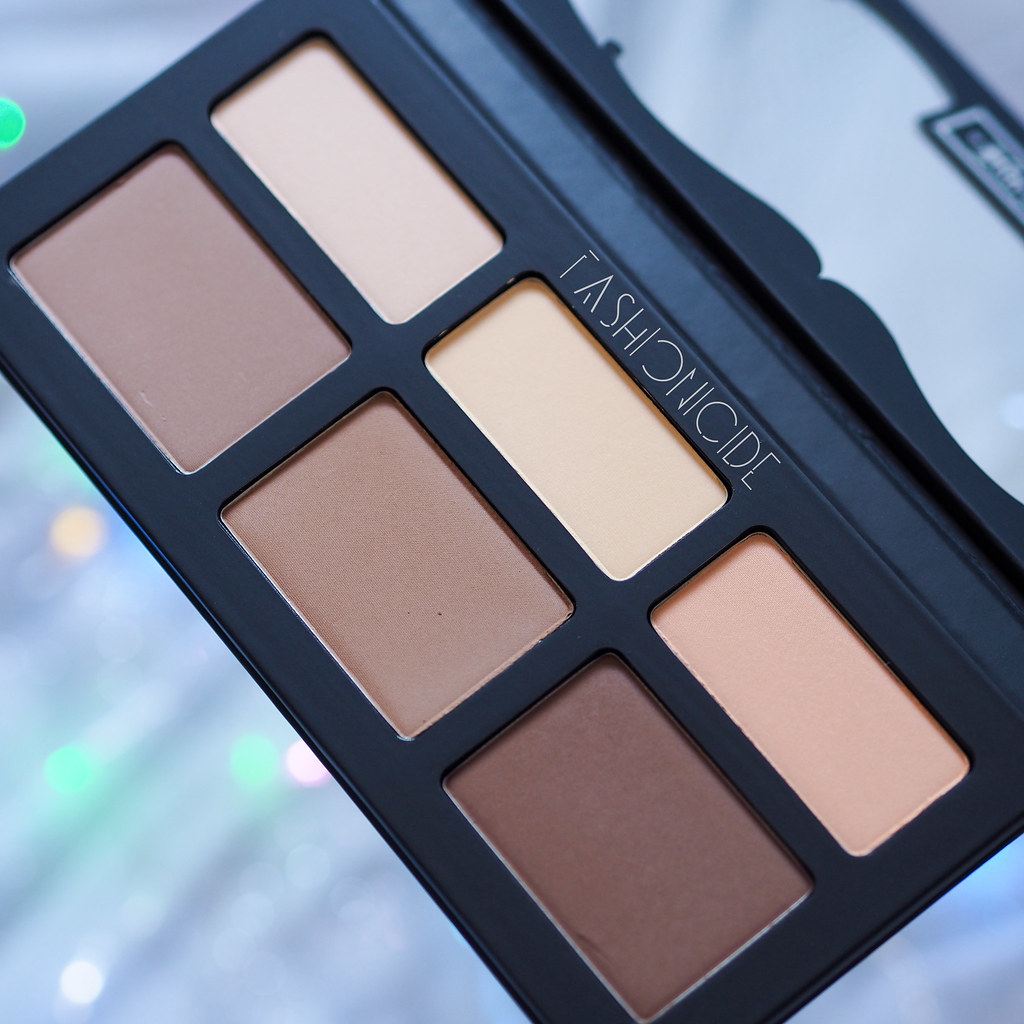 The palette consists of six shades, the top row contains the highlighting shades, with the contouring shades at the bottom. Each shade has its own name of course.

Top Row (from left to right): Lucid, Lyric and Levitation

Bottom Row (from left to right): Sombre, Shadowplay and Subconscious 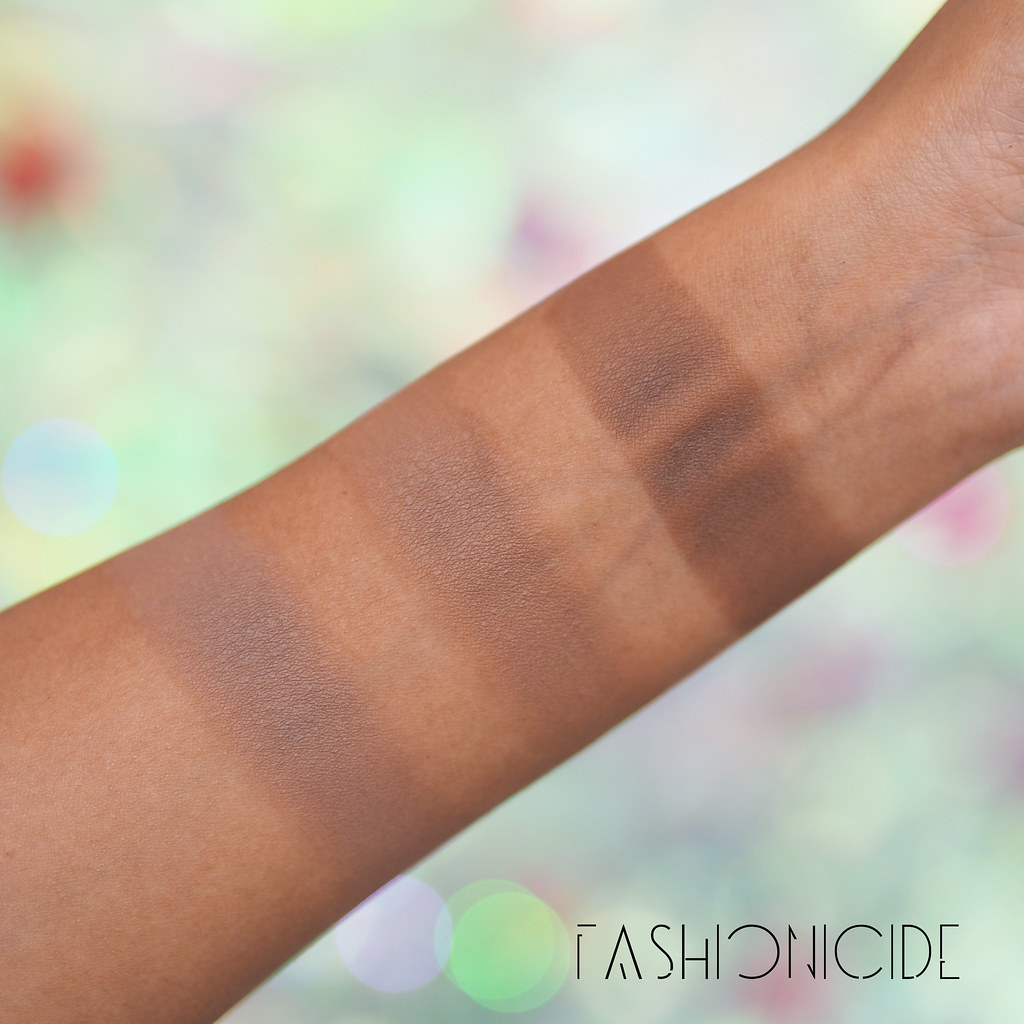 Sombre and Shadowplay look like more muted cool-toned browns, whereas Subconscious is a deep, dark and moody brown. I typically use Subconscious with a light hand, drawing it down the hollows of my cheeks, and then use either Sombre or Shadowplay to blend it out for that gradient effect. 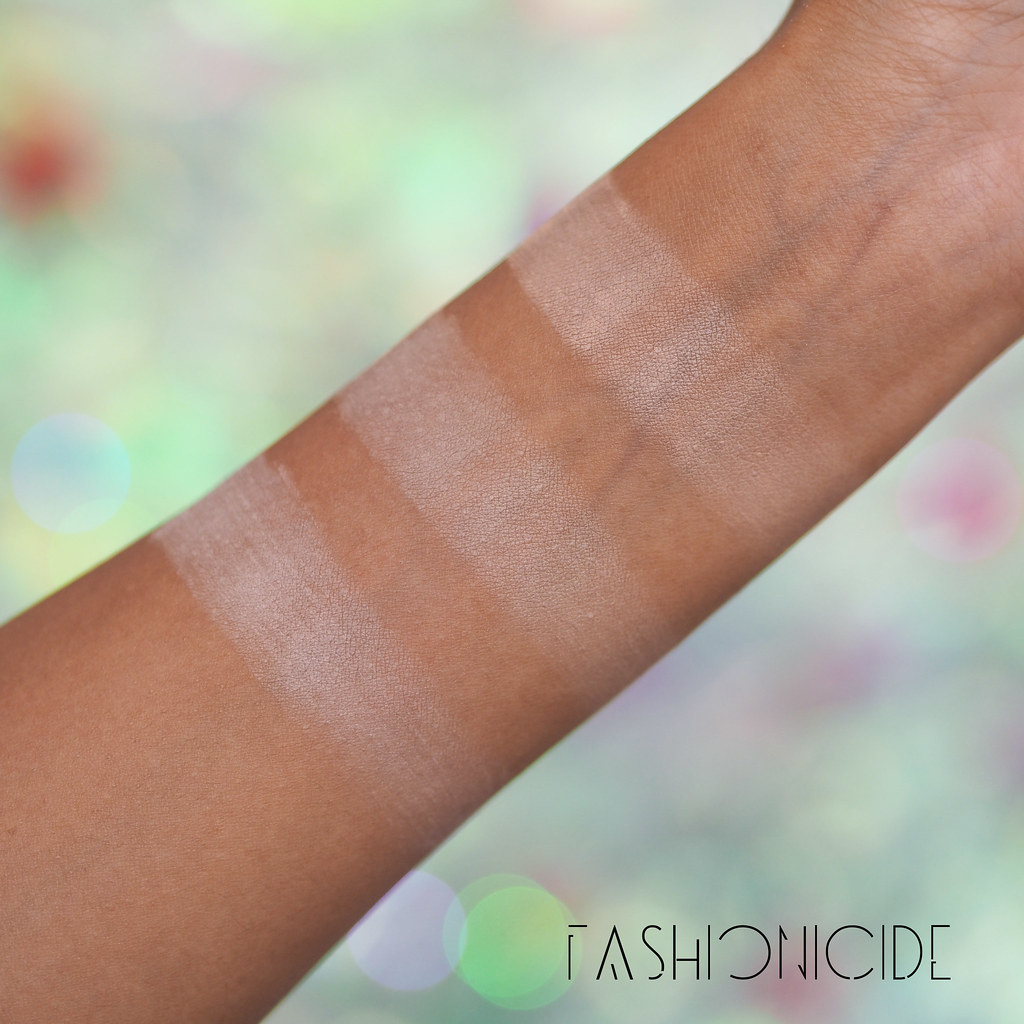 From the swatches, it's quite difficult to tell these apart, but I tend to use Lucid less than Lyric and Levitation. Lyric is pretty much a light yellow colour, which I use under my eyes to set my concealer in place. Levitation is a peachy shade, and I usually dust this over my oily T-Zone to mattify. The great thing is, the peachy tones are really complimentary to my skin tone, so it serves two purposes. 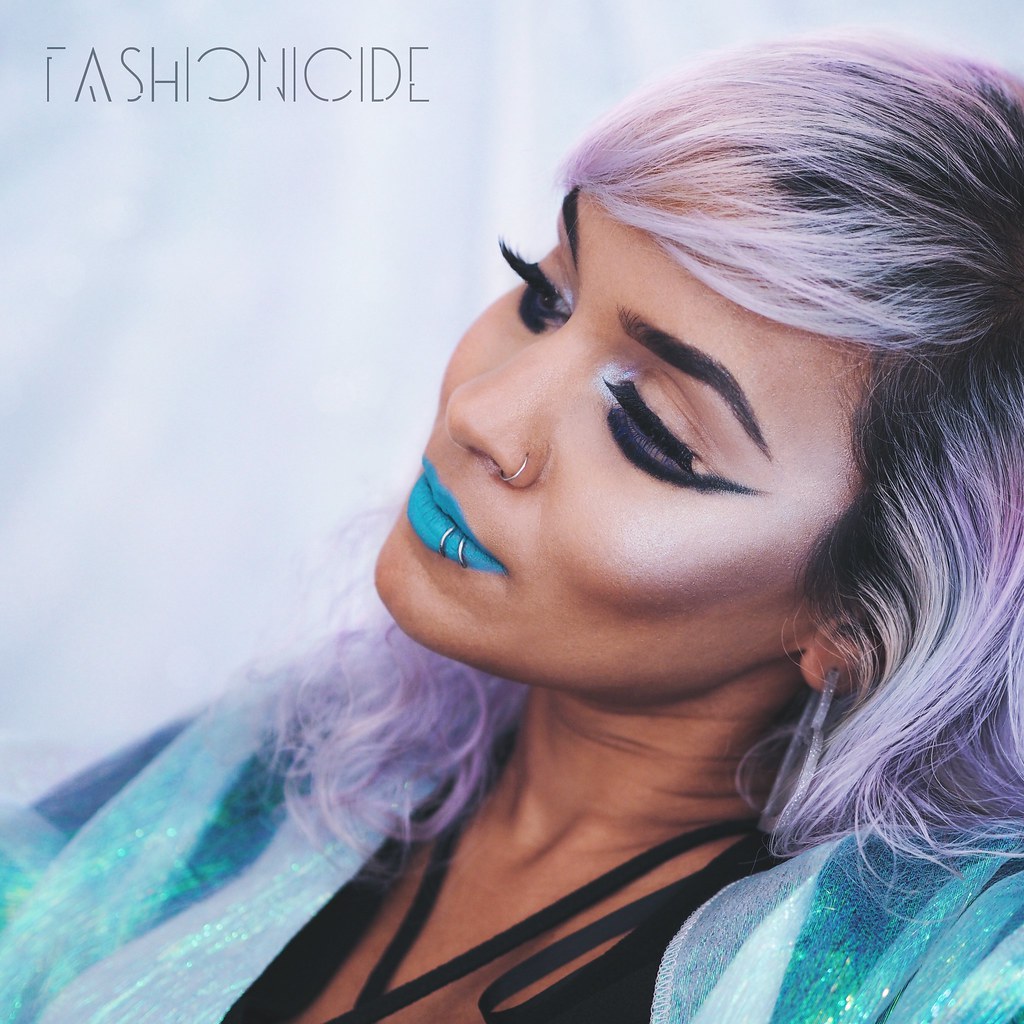 As I mentioned already, all of the shades are matte, and the feel and blendibility (need to get the Oxford dictionary onto this word!) of the contour shades are spot on. The powders are velvety smooth and the application is non-patchy, so I couldn't fault it. I find that for my skin tone, I can use all three of the darker tones to sculpt thy face. Beautiful.

As for the highlighters, the swatches do appear a little on the chalky side, but this was certainly not the case on my face (intentional rhyme!) and similarly to the contouring shades, these powders have that soft, silky, luxurious feel to them. I'm not a huge fan of Lucid, as it's a pale beige colour, and that's not really my thing, but that's not to say it won't suit someone else, however, when I do use it, I usually apply it around the brow bone to lift up the area.

I use Lyric to set my under eye concealer by pressing it into the skin using my beauty blender, and I've found that it isn't chalky at all, and hasn't clung onto certain areas, which can happen with some powders.


All in all, this feels like a pretty decent palette. I didn't really understand the hype that surrounded it, after all I'd usually use much cheaper brands to contour with, however the KVD Shade and Light palette has shown me that there actually is a difference. The blendibility (that word again) makes it stand out, over and above other palettes I've used and makes it worth it in my humble opinion, and if I were to run out, I'd happily repurchase this.

A final point I'd like to make about this palette, is that it is pretty much perfect for women of colour, with a similar skin tone to mine. For those of you with a lighter skin tone, I'd definitely swatch before buying, as it may be a little 'much' for your tastes but I guess that's down to the individual.

The Kat Von D Shade and Light palette retails at £37 and can be purchased online from the Debenhams website **HERE** or from your local KVD counter located in Debenhams.