Contouring. Love it or hate it, it's here to stay, and there's nothing you or I can do about it. We've seen the release of ... 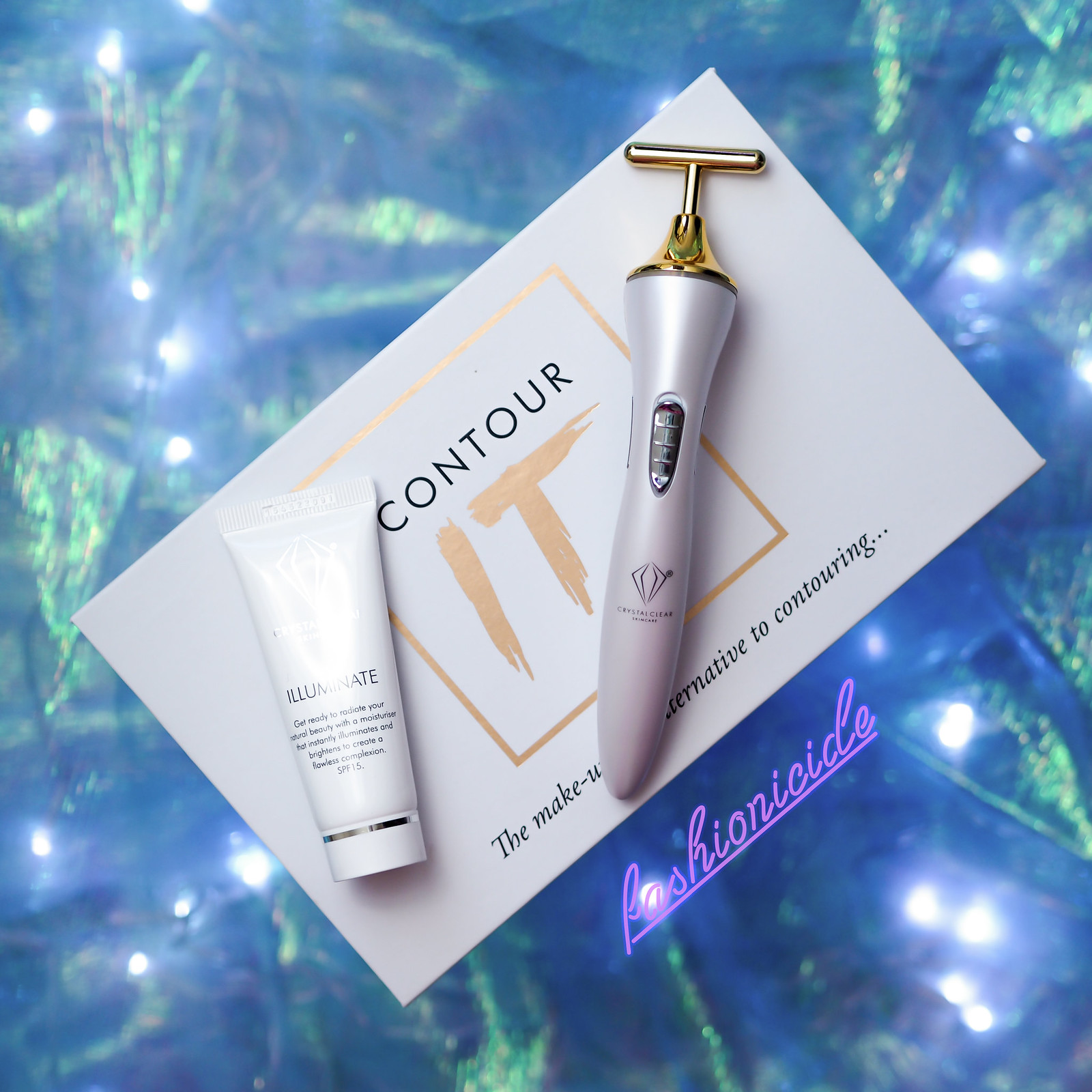 Contouring. Love it or hate it, it's here to stay, and there's nothing you or I can do about it.


We've seen the release of 7.6 gazillion types of muted brown powders, cream based formulas and specialist contouring brushes, it's made people instafamous and it's even made bedroom enthusiasts into YouTube megastars.

But Crystal Clear have joined this contouring house party, and they haven't just brought the tunes. Oh no, they've brought the whole sound system. Yes, they've released their new *'Contour It', which they describe as "The Makeup Free Alternative to Contouring." How can this be so? More on that later, but the kit includes a battery operated wand, an Illuminating Cream and unbelievably, batteries are included - Argos, pay heed! The basic premise of the kit is, use the cream together with the wand, and sculpt the areas you want to be sculpted. Simple! 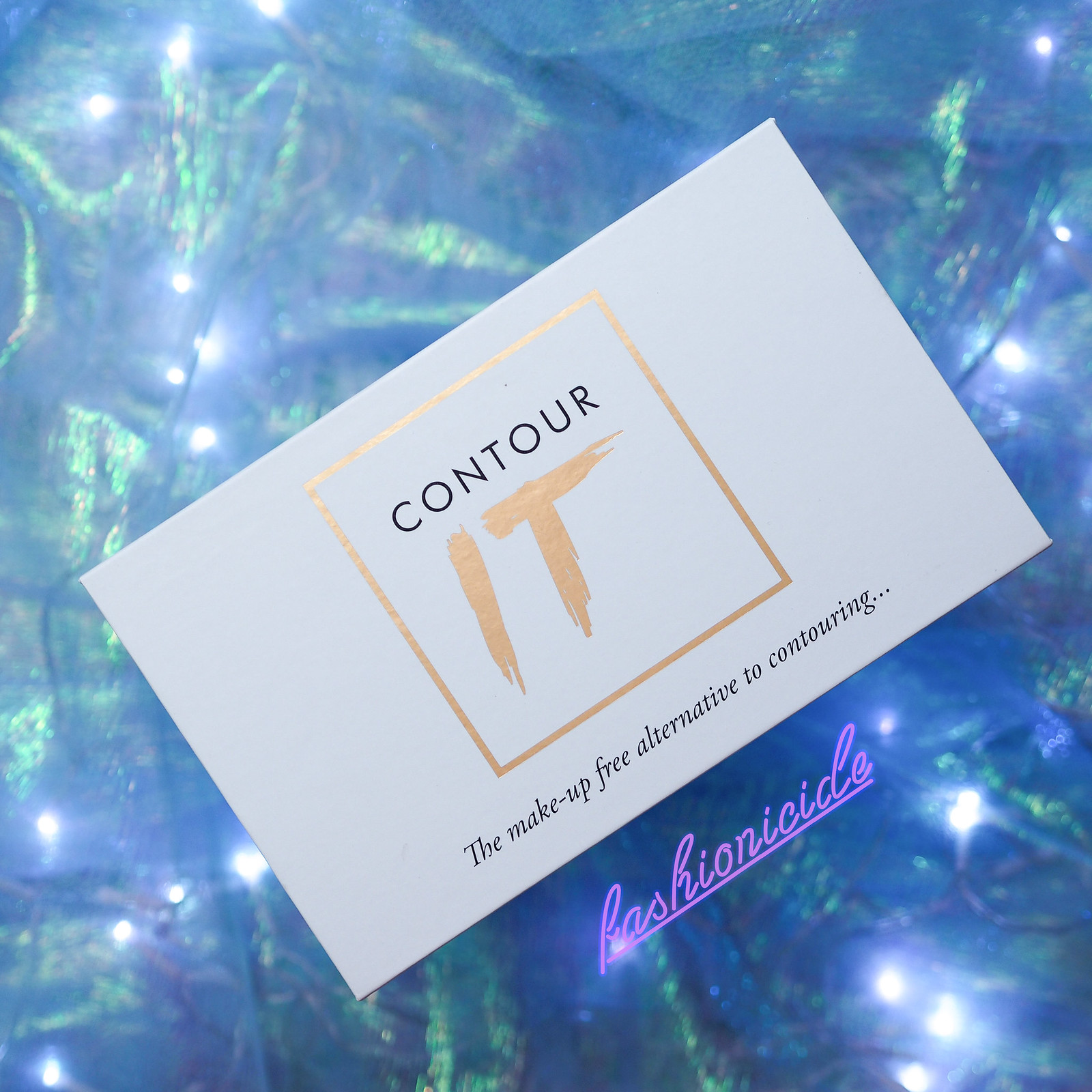 The kit arrives in a sleek little Apple-esque, white box which folds up to reveal it's precious cargo, which Crystal Clear say will make your cheekbones appear more sucked in.. 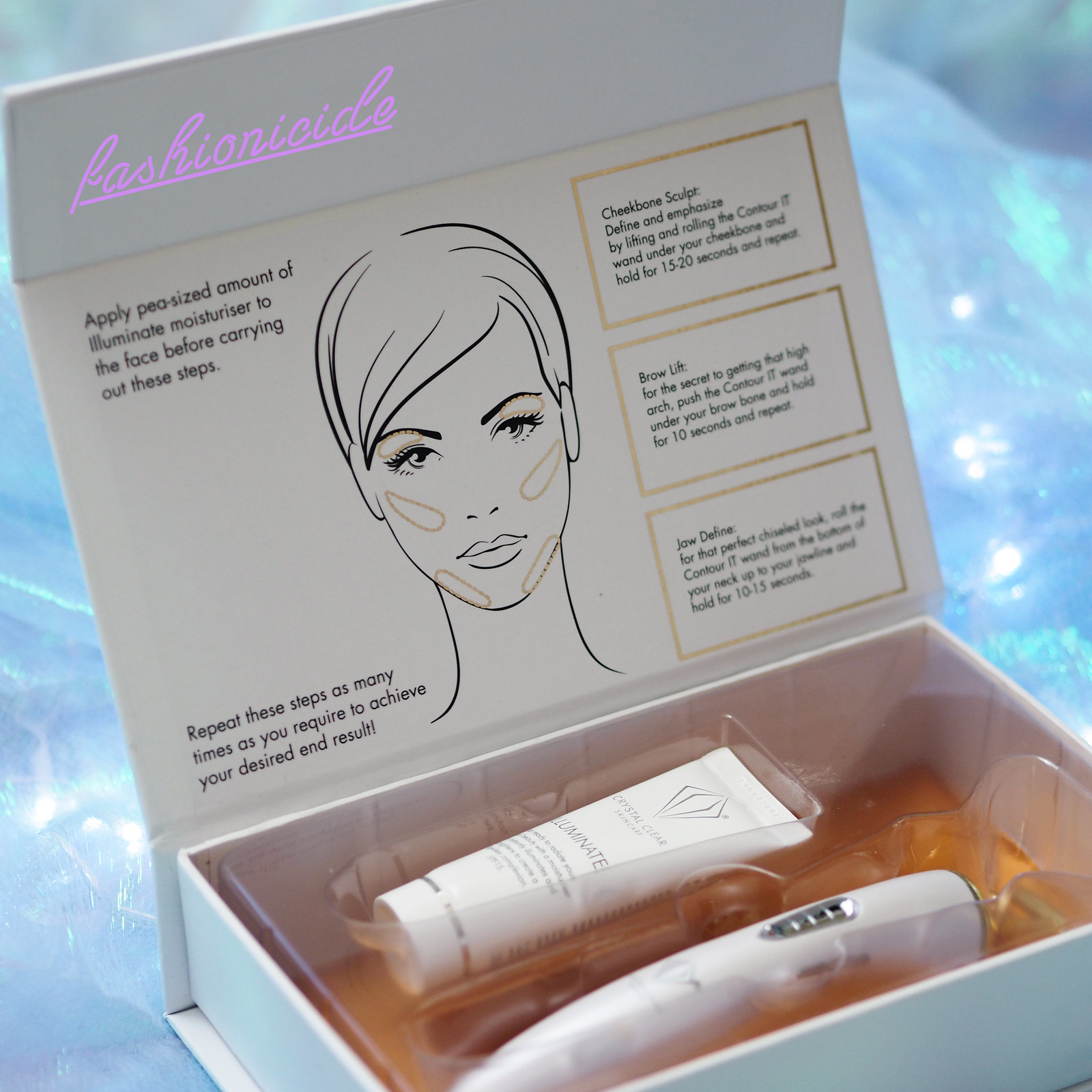 On the underside of the lid, they give instructions pointing out which areas of the face you can use the device on, and how it's done - handy. As you can see, the wand and illuminating cream are nicely presented in the box. 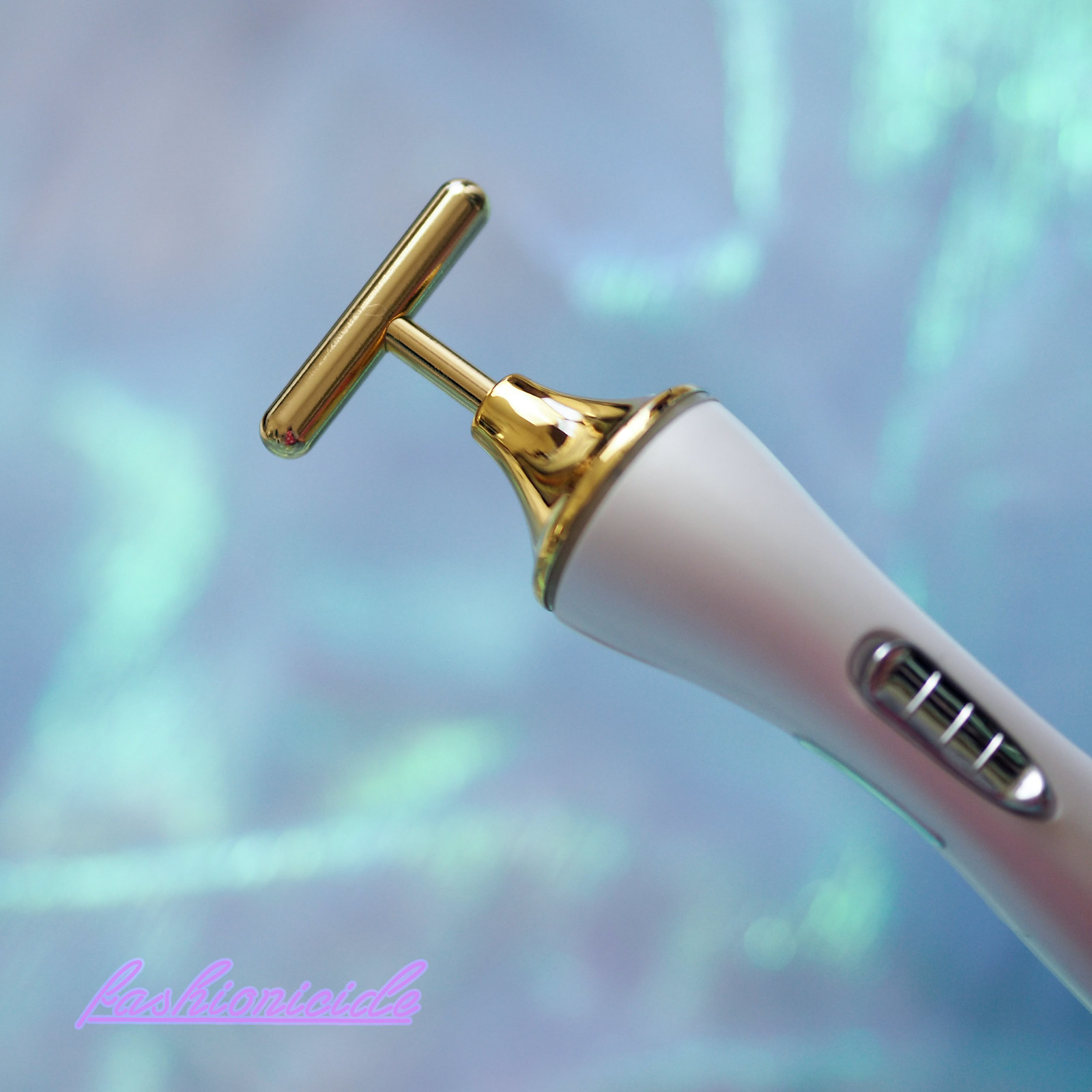 So, let's get the childishness out of the way first of all. Yes, it's called a wand. Yes it's a hand-held, battery operated, vibrating tool with a very specific purpose, and yes, it will probably bring you some joy too. *sniggers*

Now that we've all relieved ourselves, you apply the illuminating cream on to the area(s) of the face that you'd like to sculpt or define, turn on the device, press the golden bar against the bottom edge of the area, and roll it upwards. This video shows you how to use the wand, but the general idea is that you always roll it upwards, as we're looking to lift.

As an example, I apply the cream to the hollows of my cheek, press the gold bar to the bottom edge and roll it upwards. Then I move along a little bit, press the gold bar against the bottom of the next section of the hollows, and roll upwards again. Doing this ensures that you're lifting up the area in question, so if you were to pull it downwards instead, you'd be dragging the skin down, and give yourself droopy, saggy skin. This is not what we want.

Also note that immediately after use, you'll probably notice that your skin starts to tingle a little, a sure-fire sign that the wand is working it's magic!

Generally speaking, you'd use the kit before applying makeup but you're not restricted to that, you can use it whenever you feel like it, even at night after you've taken off all your slap. That may seem counter-productive, but I feel that the wand can do more than just contour, it can lift the skin too, almost dipping it's toes in the anti-ageing area. 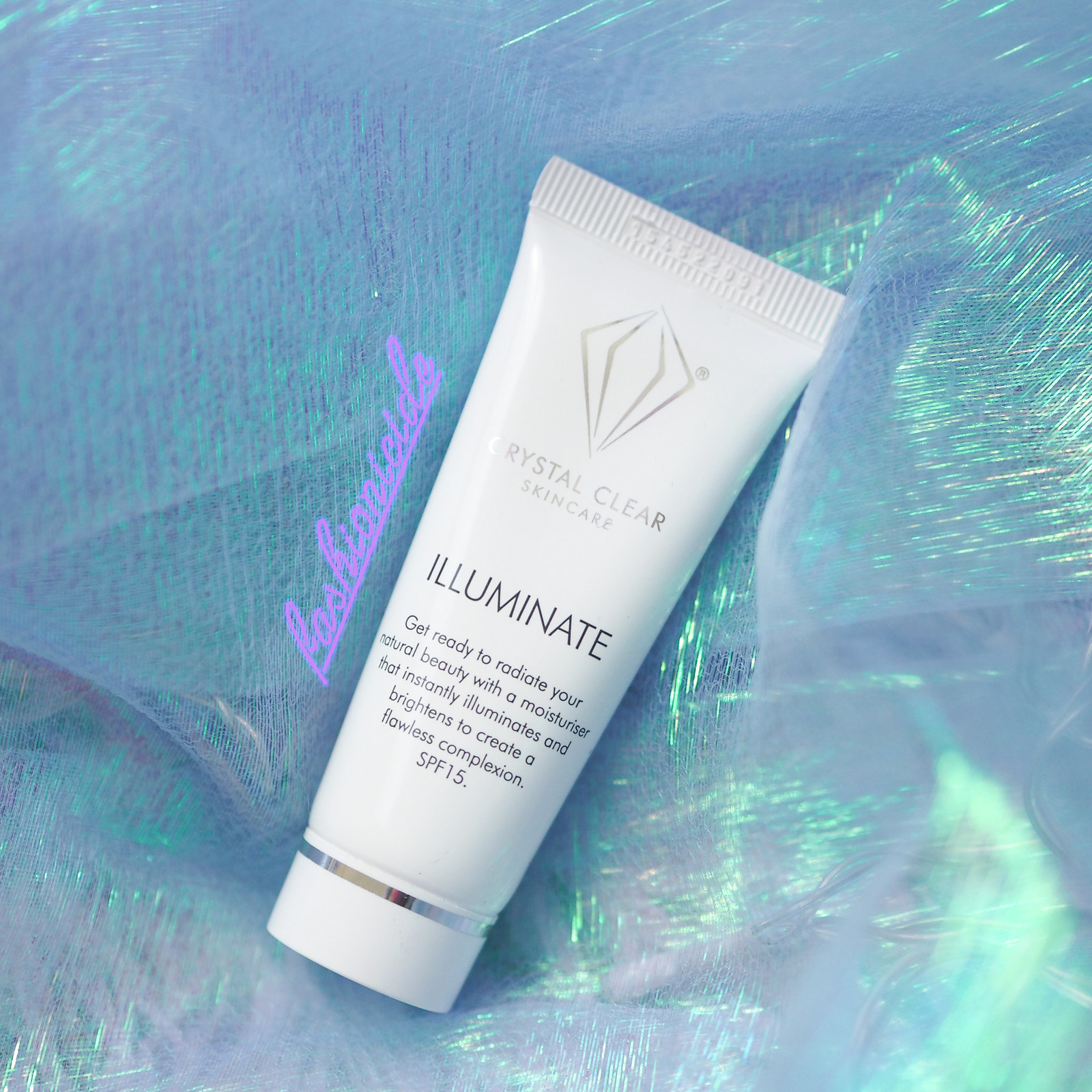 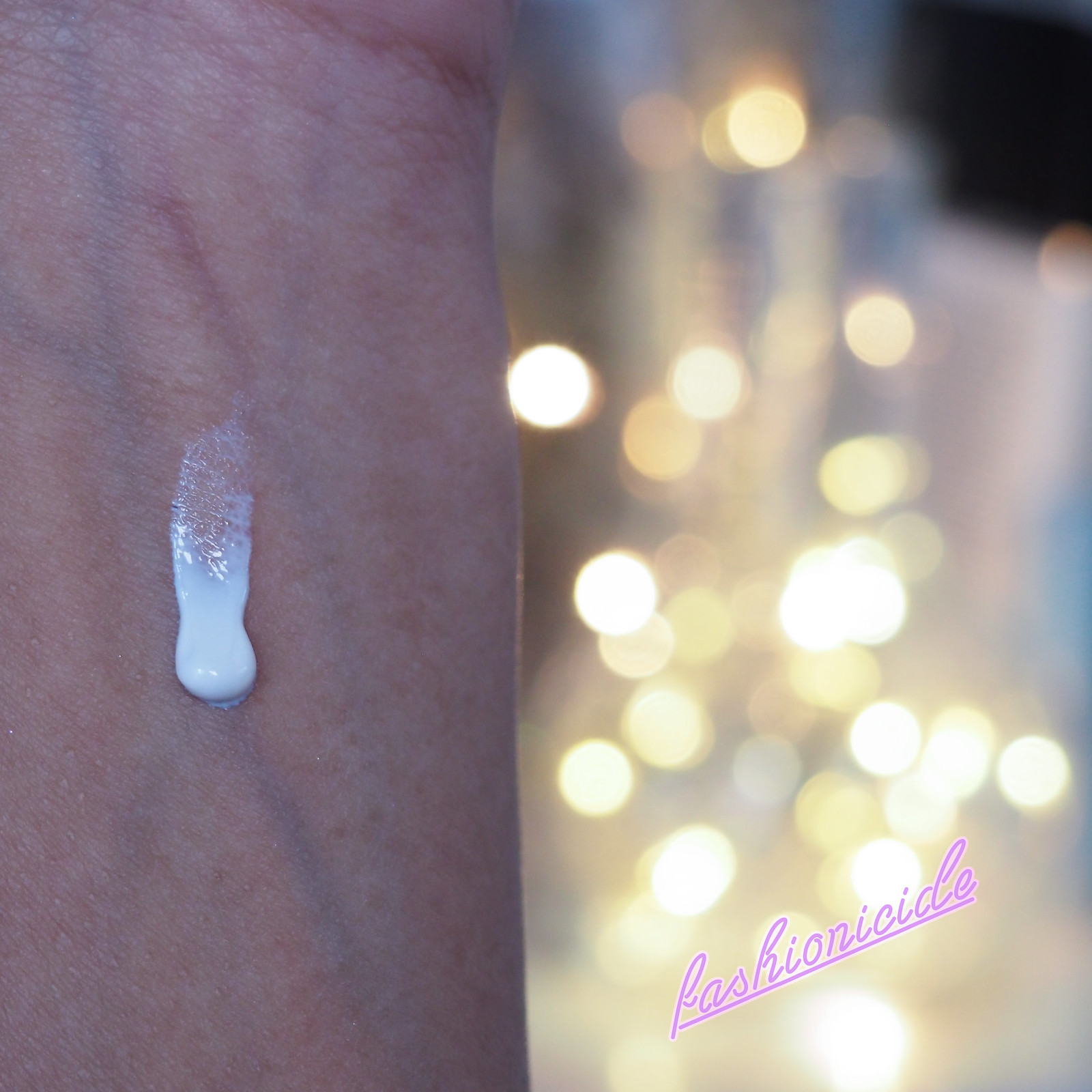 The Illuminate Cream comes in a 25ml tube, which doesn't seem like much, but as you can see in the swatch above, it is quite thick and a little does go a long way. Please note, no cream was wasted in the making of this swatch. It went right on my face immediately after.

And the cream does exactly as you'd expect from a product named Illuminate. It illuminates. I've found in the past, that some brightening creams come with glittery particles that kind of cheat a little bit, but there's none of that here. I've used this cream all over my face too, and I find that it perks up my skin quite a bit, makes it look brighter and generally less dull. And it also contains SPF15 for that added little bonus!


I'll be honest, my entire family have been blessed with cheekbones that can cut a bitch. But me being me, I don't just want sharp cheekbones, I want samurai-sharp cheekbones! I didn't expect to notice much of a difference though, as I'm quite skeptical by nature, however I was pleasantly surprised to see that there were some subtle changes. I also expected that the shape of the wand would leave some awkward lines on the face, but unless you press down really, really hard - which I suggest you don't - it doesn't even leave a mark.

Whilst I was pleased with the subtle lift around the cheekbones, it was the brow bones where I noticed the most difference. I've been applying a tiny amount of the Illuminate cream to the brow bone, taking the wand to it and rolling upwards. The results are actually instant, I can visibly see that the brow bone has been lifted, and the whole eye area looks just that little bit brighter.

I think it's important to note, that although the results are visible instantly, the effects are only temporary and by the end of the day the areas you've lifted will be back to normal again. Going back to the anti-ageing point I made earlier, my blogger pal Rowena had an awesome idea for those of you who use sheet masks (for those who don't, WHY NOT?) - after using the sheet mask, leave all that excess moisture on the skin, and use the wand to lift up the skin in other areas, such as the under eye area. I have actually been doing this, and found that the under eye area certainly does get perked up!

So back to the Crystal Clear statement - 'The Makeup Free Alternative to Contouring' - does it live up to that billing? I'd say that it does, even for someone like me, blessed with my sharp cheekbones, I notice a visible, if subtle difference immediately after use.

And that concludes the review!