As you may well know, I'm a huge advocate of anything Iridescent or Holographic, be it shoes, clothes, handbags, heck - even make... 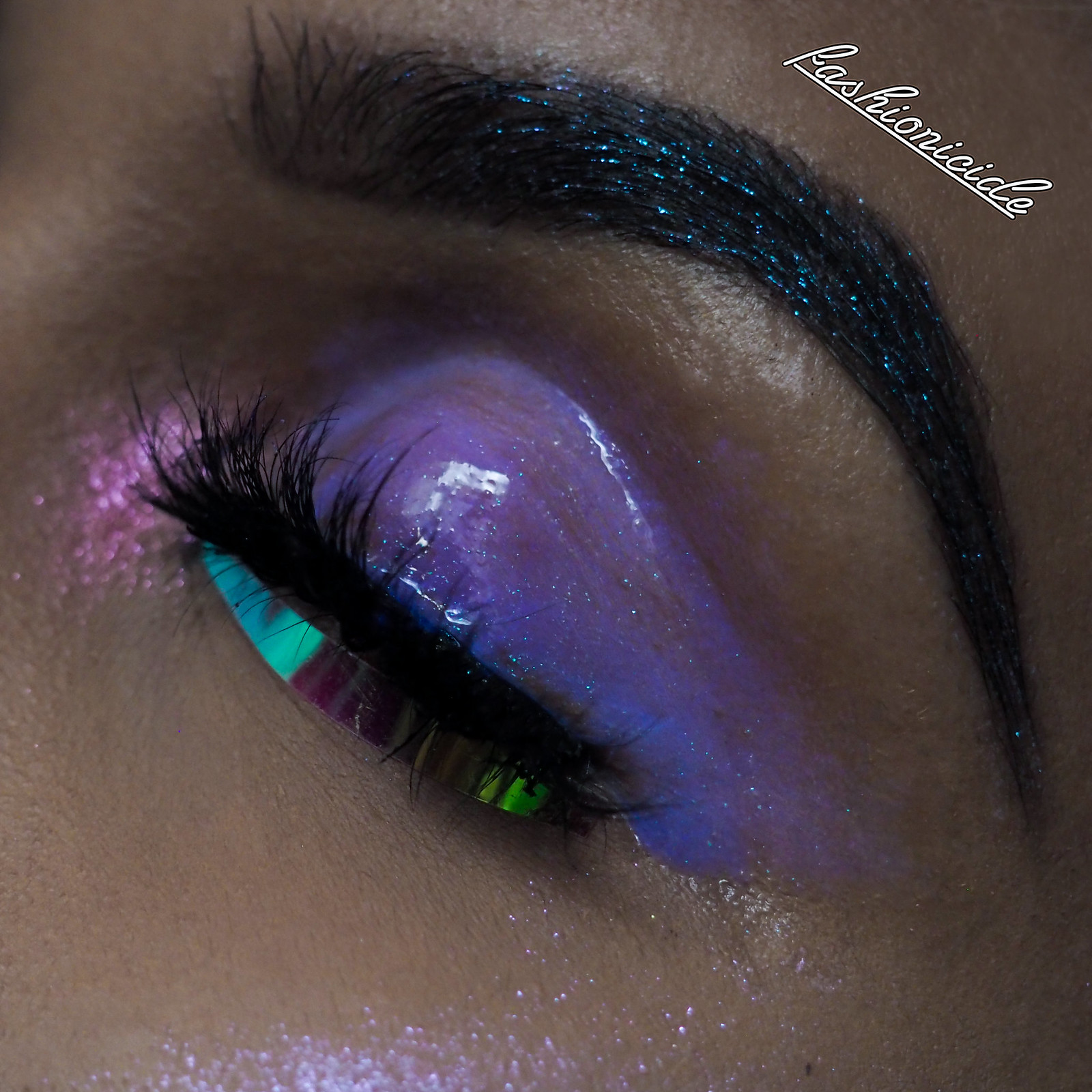 As you may well know, I'm a huge advocate of anything Iridescent or Holographic, be it shoes, clothes, handbags, heck - even makeup!

Sigma's Lip Switch Iridescent Lip Glosses have been sending makeup lovers into a bit of a frenzy with their 5 iridescent shades, despite it being first released back in 2014. They seem to have had a bit of a renaissance lately and are bigger than ever - so big in fact, that it's actually sold out! And yes, I did shed a tear or two upon hearing this news, as I didn't manage to get hold of a single shade. :(

But I managed to console myself a little by looking through my drawer of lipsticks and glosses, and dug out something similar to Sigma's Transcend. Yep, a few years back I purchased an iridescent lip gloss at IMATS, by Inglot. 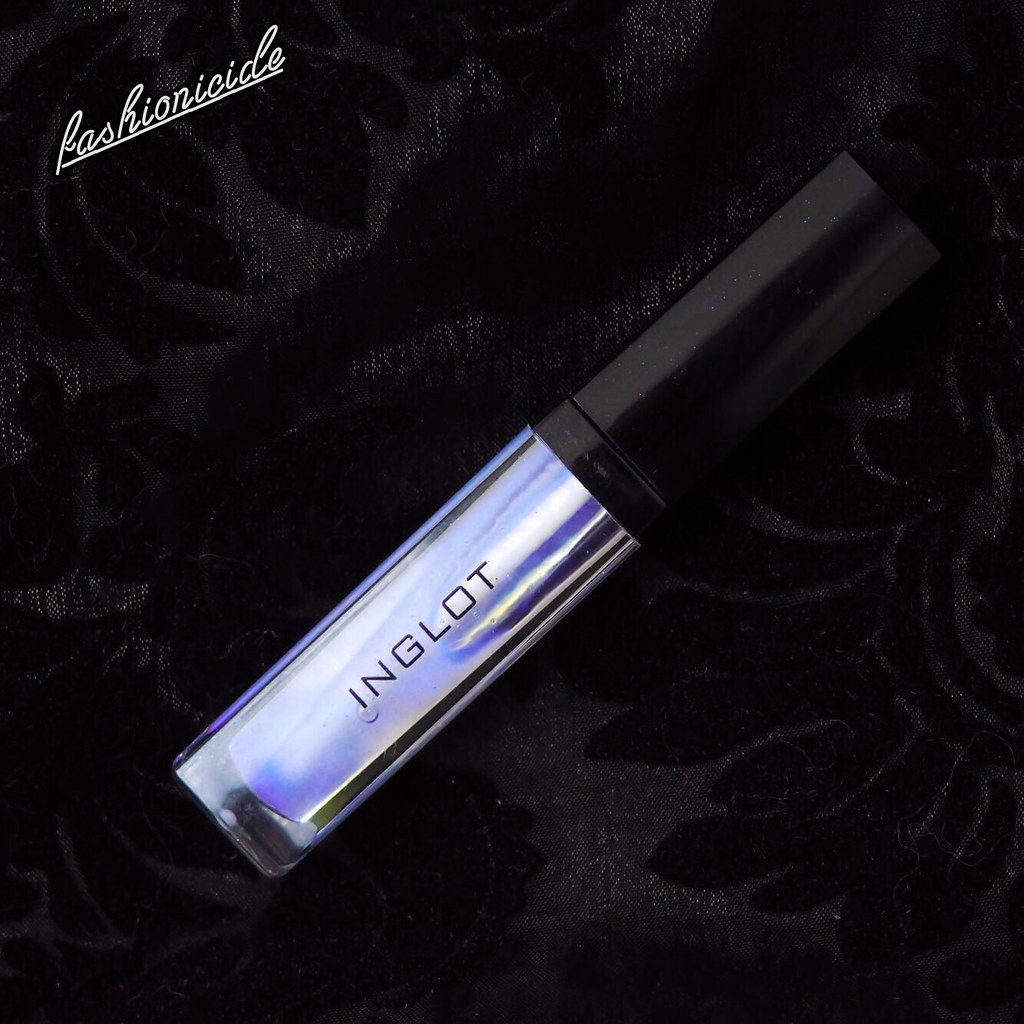 I'm talking about the AMC Lipgloss in shade 541, which sounds a bit dull and sedate really, but my god, it's glamorous AF. And I have to say, it looks remarkably similar to swatches of Sigma's Transcend that I've seen floating around the net, it might even be a dupe. So naturally I thought I'd better have a bit of a play with it!

Describing the colour of iridescent makeup is never easy, but I'm gonna go with a purple translucent, that shifts from purple to blue dependent on your skin tone. Also, the colour that you layer it over, has an effect on the shade that shows up. The texture is different to other glosses I've tried too, it's smooth not sticky with a thin consistency, so thin it actually begins to drip.

For the above look, I applied the gloss all over my bare lid and watched as it shifted to a bluey-purple in front of my eyes! I'd say it looks a little bit like how I would imagine Alien blood to look. Then, I applied Face Lace's Dazzliner on the lower lash line to heighten those iridescent vibes. 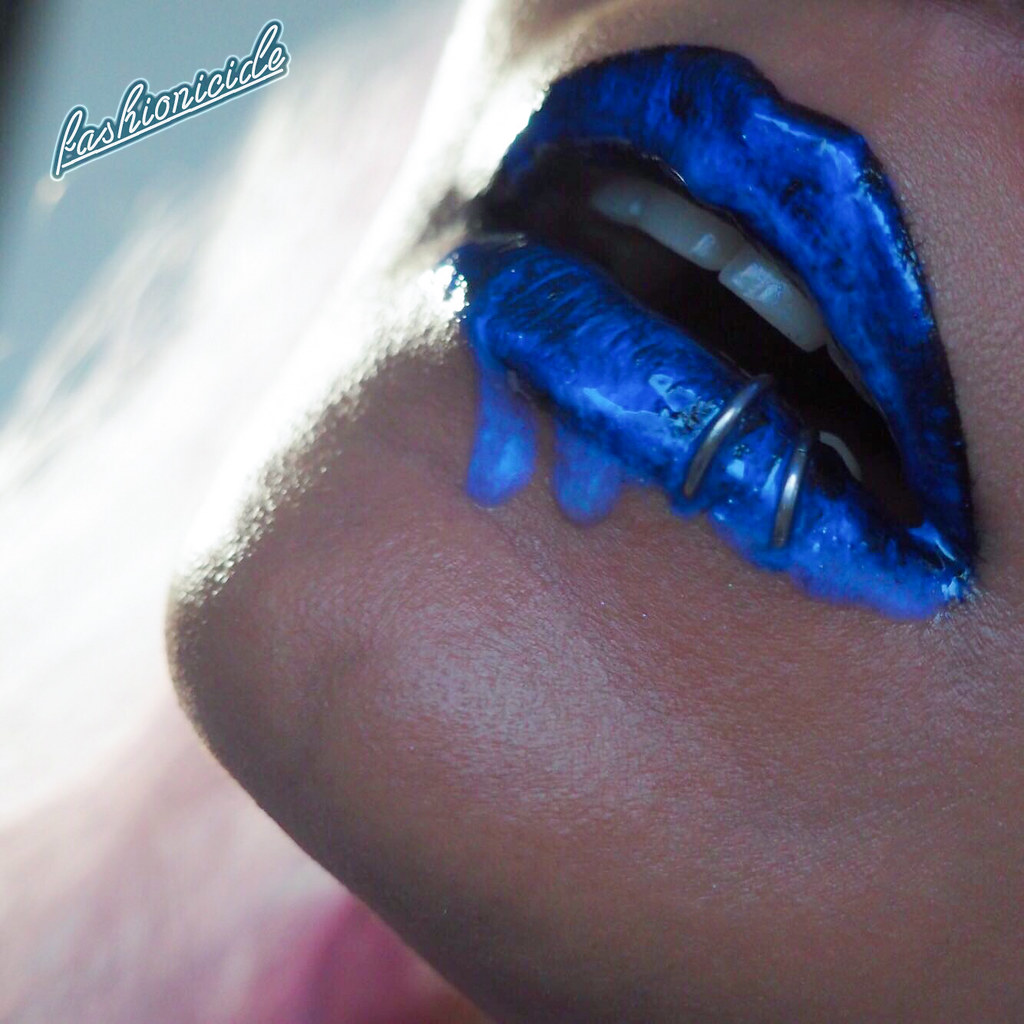 Next, I applied Lime Crime's Velvetine in Black Velvet to the lips, before applying Inglot's AMC 541 over the top of it using a brush instead of the doe-foot applicator that comes with it. Why? Well, I didn't want the black of the lipstick to stain the little sponge. When applied over black, this looks like Electric blue alien blood!

Sigma's Lip Switch Iridescent Glosses had 5 shades available whereas Inglot had 6. And yep, I say HAD. I've just looked on their website, and I can't seem to find them so I'm now wondering if they've been discontinued, I bloody hope not though because I'd like to grab a couple of the other shades! If Inglot have stopped making them though, I've got my eye on Jesse's Girl Cosmetics' Glow Stix - another range of iridescent lip glosses. At just $4.99 each, they've got to be worth a go, right?