I'm always looking to create interesting makeup looks, and to do that I end up drawing inspiration from the most unusual of sources. ... 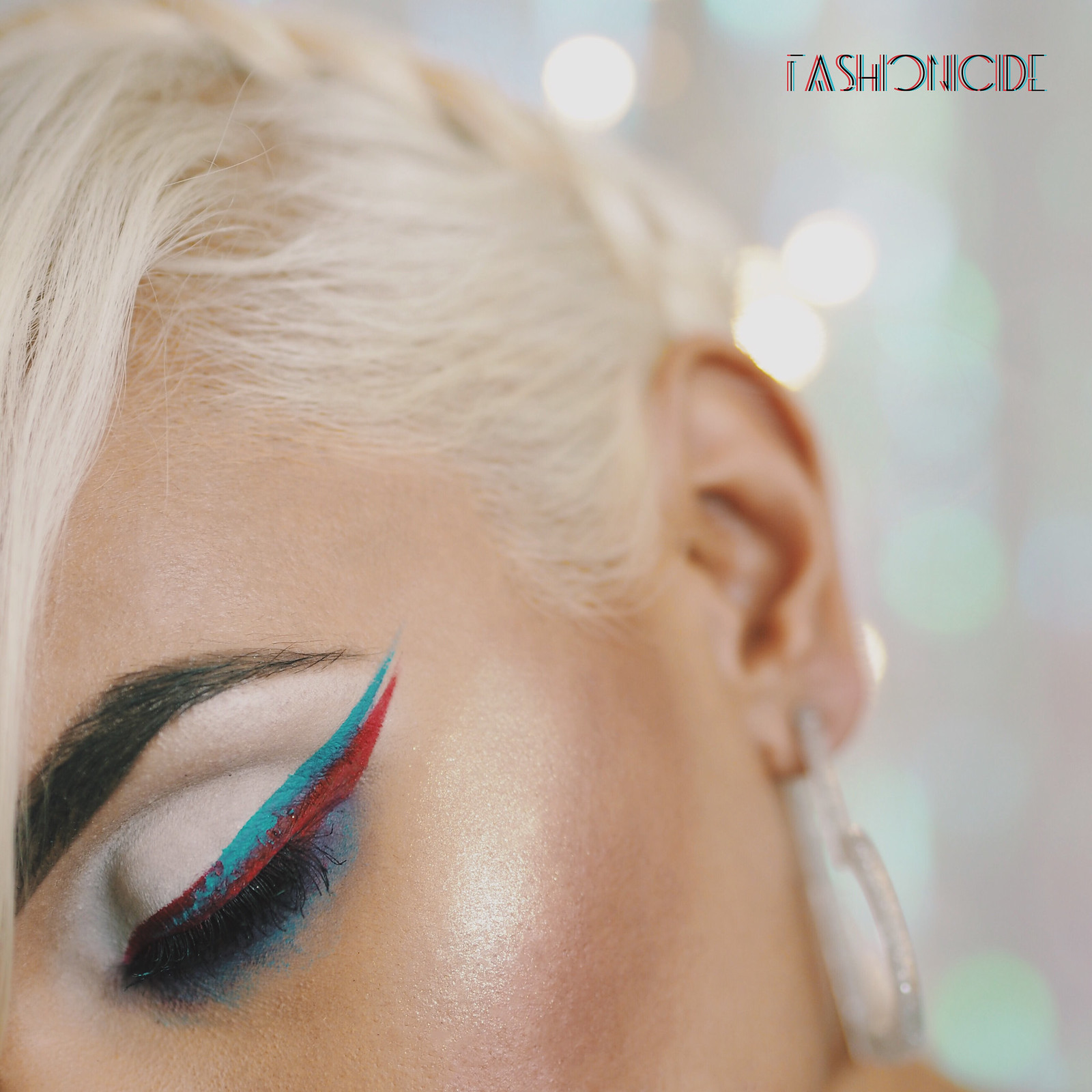 I'm always looking to create interesting makeup looks, and to do that I end up drawing inspiration from the most unusual of sources. This look, for example, was inspired by my lampshade. Yes, that's not a typo, or an autocorrect. My lampshade did actually inspire me! How? Well, it's iridescent, and when the light hits any object in my room, it casts a very peculiar shadow - there's the usual greyish shadow, but overlapping that, there's also a blue shadow and a red one!

I'm no scientist, so I'm not 100% sure how or why this happens, but I do know this - one, it looks freaking awesome and two, Peter Pan would get himself incredibly confused if he flew in through my window! Anyways, it reminded me of those 3D glasses we had as kids, so I had a look around and realised that not only do all images drawn for these 3D glasses have a red shadow and a blue shadow, but that they also overlap slightly.

So, why not make an eye makeup look along the exact same principles? And thus, the 3D Eyeliner Look was born, in my house. 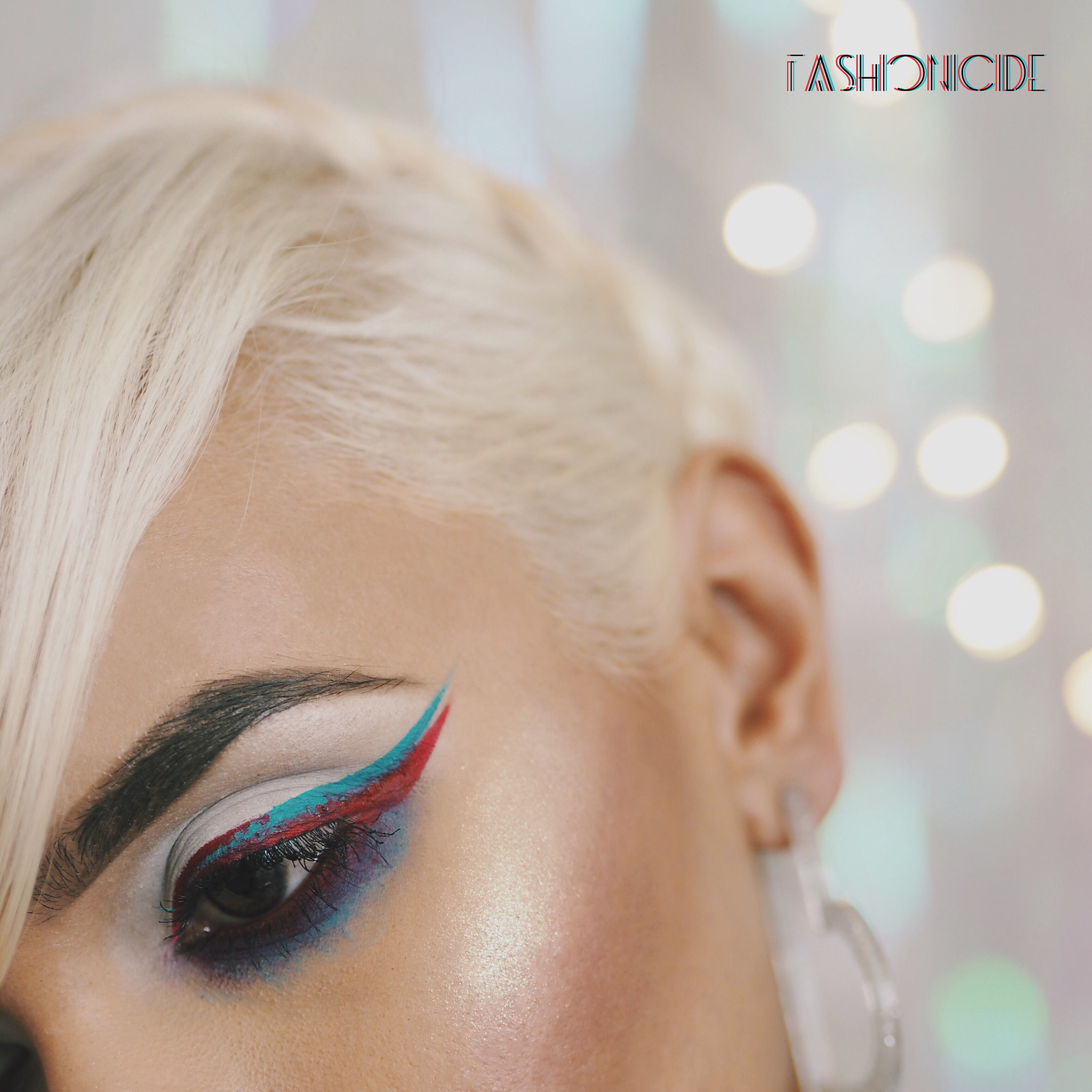 To create this look, I decided to use only liquid lipsticks - it's something I've been doing of late, as it allows you to create a little bit of magic with your eyeliner, without the need to go out and buy another new product. Why do that, when liquid lipsticks do the job just as well?

First I applied the red liner, just as I normally would really and then winged it out. Next, I mixed two lipsticks together (see product list below) to create a nice vibrant turquoise colour, and started to apply that above the red. I deliberately made sure this wasn't too clean-cut, as I wanted it to merge together with the red, before straightening it out into a nice razor sharp line at the wings. The whole thing about 3D is it's a fuzzy, blurry merging of red and blue, until you hit the key details where it sharpens up. BOOM. 3D Liner bitches.

As for the lower lashline, I made an attempt at a 3D effect too, but I'm not too sure it worked out. I applied the red with my fingers, sweeping it outwards towards the wing, before applying the turquoise slightly underneath that, again with my fingers to allow the colours to merge, and swept it out towards the wing. 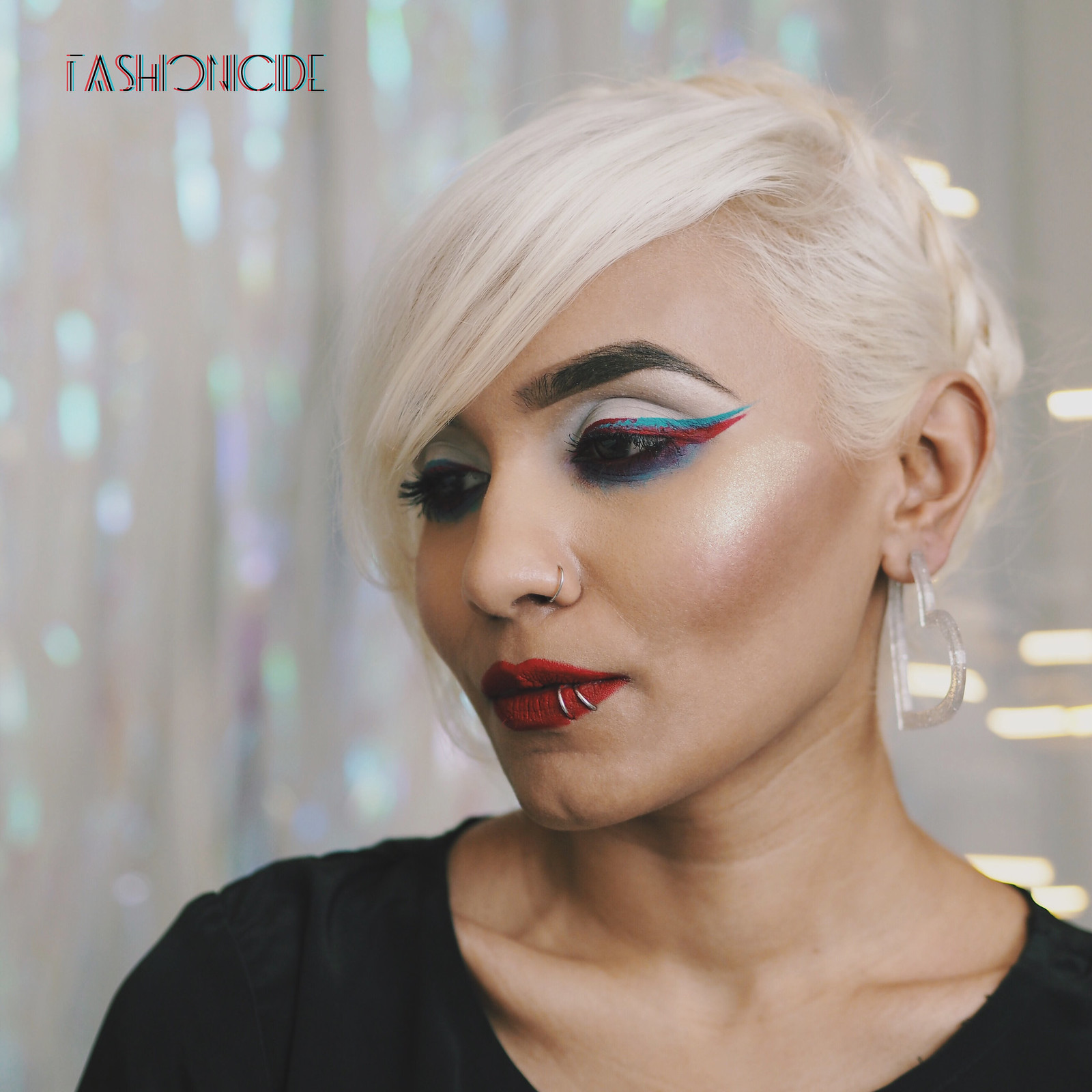 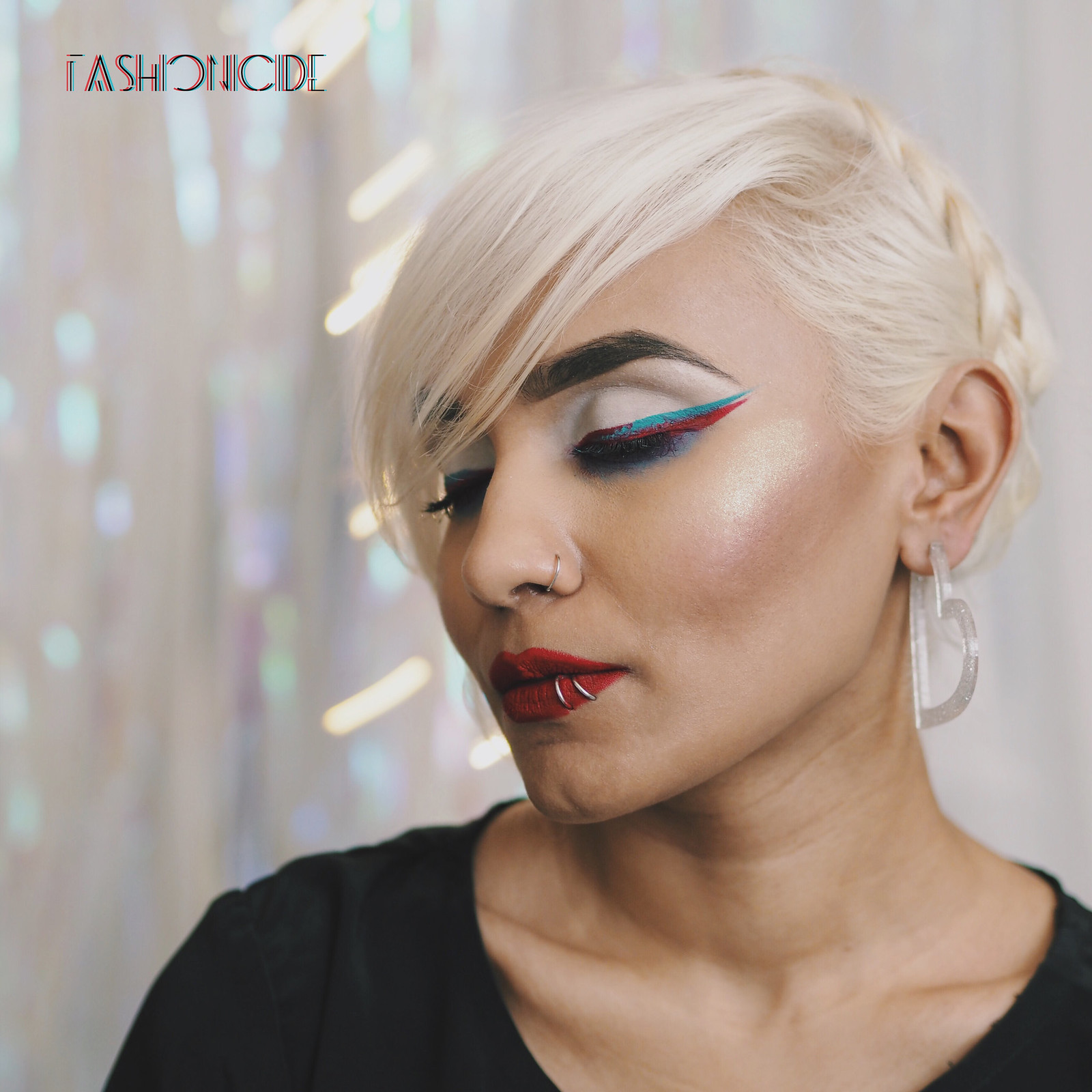