As part of a minority group in this country, it's very easy to find yourself getting bogged down and really negative about life. And... 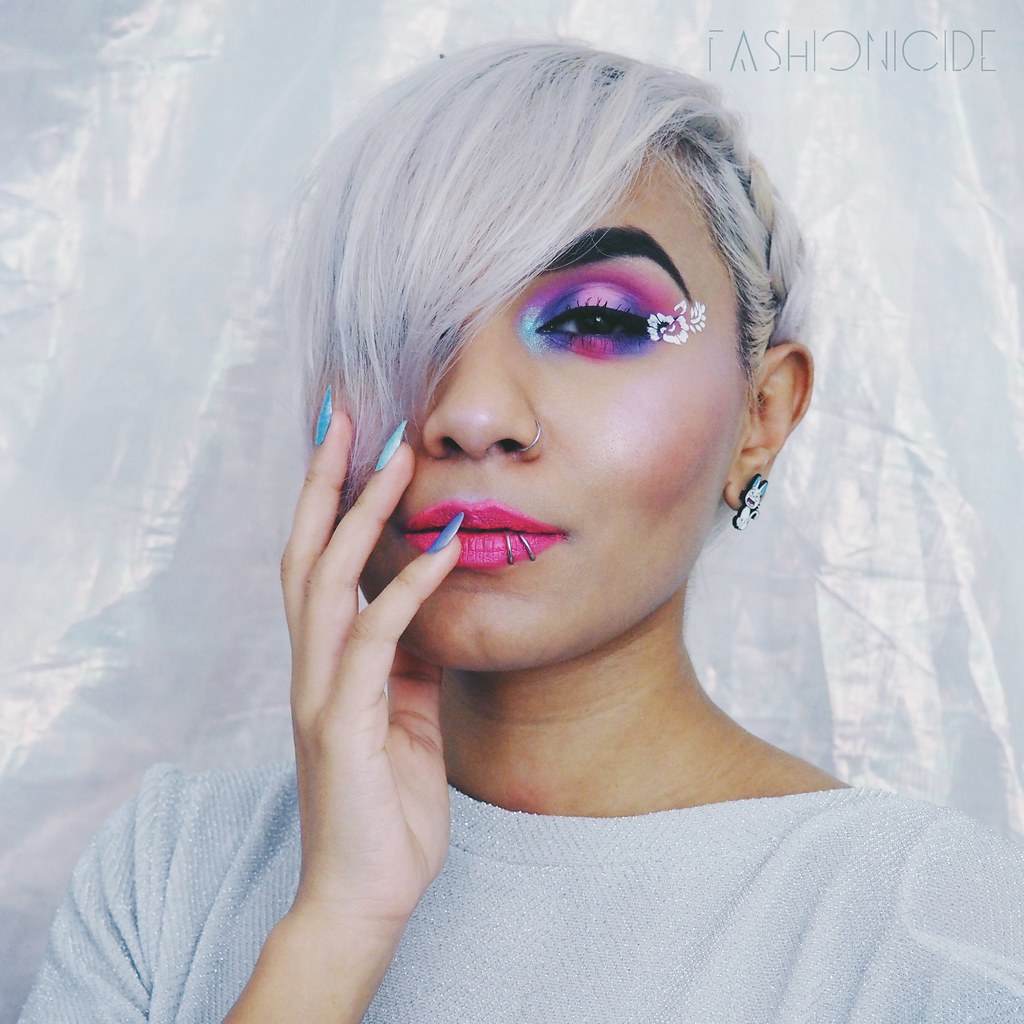 As part of a minority group in this country, it's very easy to find yourself getting bogged down and really negative about life. And I must confess, I myself have been guilty of this at times, because in reality, there are a lot of negative things we have to deal with as South Asians, whether that's from within our own communities or from external forces.

I think it's really important to try not to lose sight of all of the great things about being Asian though, this has always been my approach in life - make the most of what you have. For every negative part of our culture, or negative external force, there are hundreds of equal and opposing great things about our culture and positive external forces.

The outside world tend to view South Asians through a bit of a weird lens - we all love curry, we have nice clothes, our weddings are huge and we're subdivided into 'good' or 'bad' based on some unwritten metrics and logic that nobody really seems to understand. But as South Asians, we're a heck of a lot more than just cuisine, fabric and extravagant nuptials. We're people. And in reality, we're not actually all that different from the mainstream at all. Sure, we rarely have blonde hair or blue eyes and more often than not, we're darker in skin tone, but other than that, we have pretty similar hopes, dreams, styles and tastes.

Something I've noticed recently is the online South Asian community has had an increase in a certain type of person who is all too quick to highlight the negatives (granted, there are many) yet don't seem to recognise any of the positives at all. And these people are starting to make a name for themselves, because it appeals to the majority - "Look, here's someone willing to speak out about the ills of their communities, aren't they brave?"

Well actually, I'm not so sure about that. For the most part, it feels to me as if they're looking for a bit of fame, notoriety and to become an unofficial spokesperson for South Asians, yet they don't really add anything to the conversation, simply overstating facts we're already aware of. This new breed are more interested in themselves than their fellow South Asians, everything they talk about or write about relates solely to their own experiences, and dismisses or ignores everyone else's.

I see bravery as taking on the negative aspects of your community, and showing them that things don't have to be the way they've always been. Bravery is doing your own thing regardless of what your community thinks about you. It's standing up on your own two feet and taking responsibility for your actions and still making something of yourself, whilst making a positive difference to your community. These are the people I have most respect for.

I'm talking about people like Momtaz who has an incredible sense of style and self expression that seems to pay no heed to cultural norms, or Maryam Sofia who is an incredibly talented makeup artist creating kickass Avant Garde looks, and the terrible twosome Areeba and Noor, very talented artistes with a big social media presence - and a blossoming career advertising coffee. ;)

These are just a few examples of women who don't conform to the typical stereotypes of South Asians, they don't restrict or constrain themselves by what their communities see as acceptable, they are each very different and unique, challenging perceptions of what it really means to be South Asian.

Also noteworthy is Burnt Roti magazine from Sharan Dhaliwal - a space bringing together South Asians with a vast array of talents that the outsider may not necessarily associate with us. Why not? Because we are mis-represented in the media as it is, and the serial complainers only really add to that misrepresentation. It's statements like: "Oh girls aren't allowed to do that in your culture are they?" that really start to piss me off:

"Seriously, what the fuck do you know about my culture?!"

And these are the sorts of negative and ignorant attitudes towards our culture that are now being exacerbated and perpetuated by those complainers. Seriously, it's more a case of 'Woe is me' than 'Help me change my culture and educate my community', and frankly, it's boring.

That being said, I certainly don't think people on the receiving end of any of the negative aspects ought to suffer in silence, far from it, it just means if you want to move forward in life, balance out the good and the bad of your community, step up and challenge it through actions, not just through words. Words will only ever appeal to those with little to no understanding of our culture, and will paint us all with that negative brush. 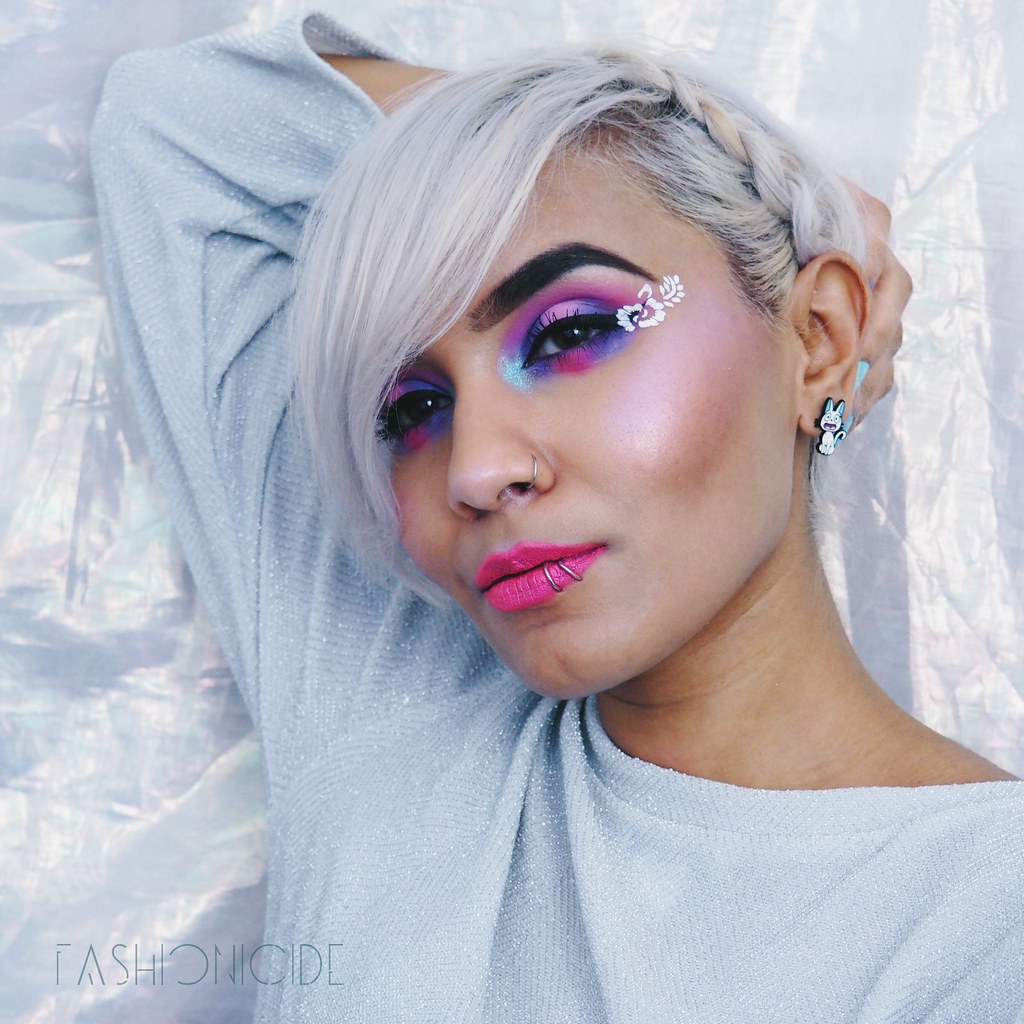 I guess all of this inspired me to create today's makeup look, something that shows off a little bit of South Asian culture, but then takes it a little outside of the norm too. I used some of my favourite bright purples and pinks for the eye shadow, before adding in some henna detailing to the tip of the winged eyeliner. Henna is one of the many great things about our culture, so I'll take any excuse to build it into a look! The only downside is that I can't apply it freehand, so I use stencils instead. #DesiHack 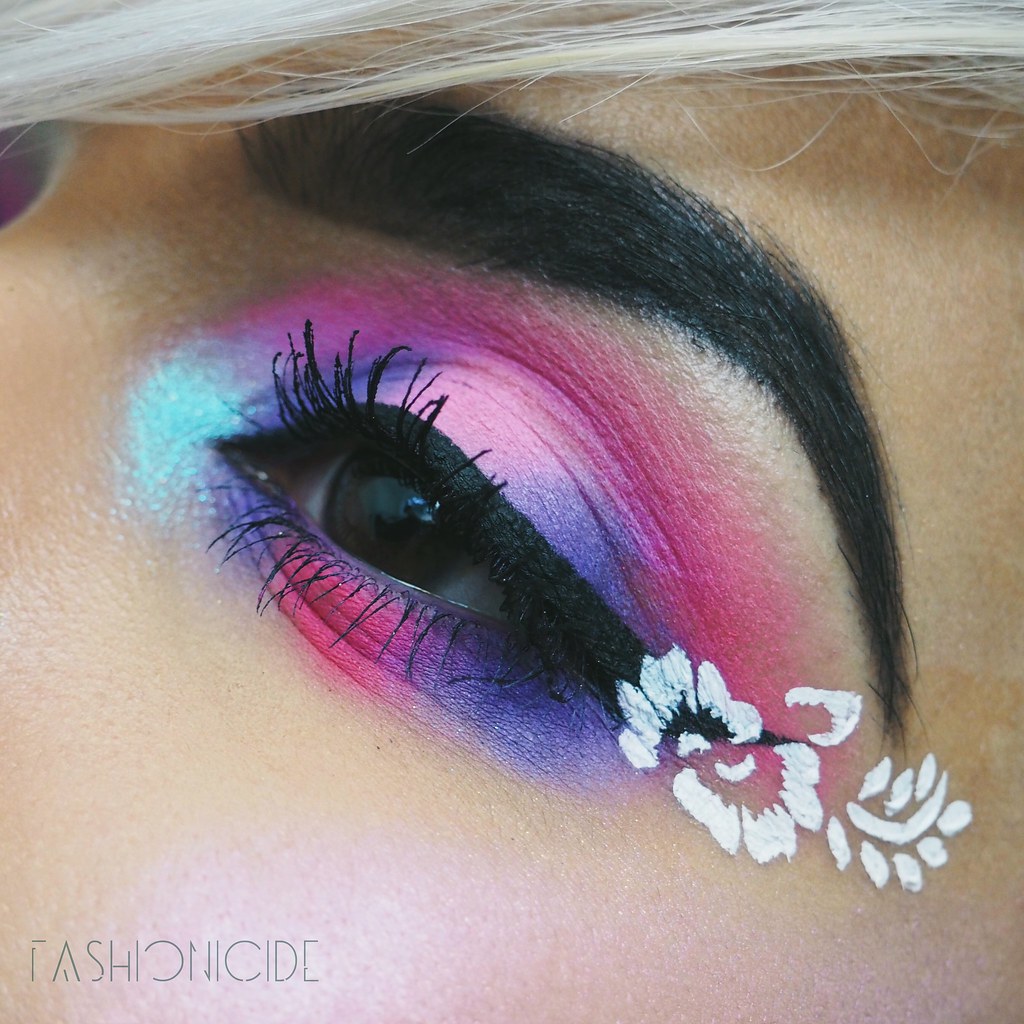