Hello! After bleaching my hair down to a platinum blonde this summer, I've had to keep my beloved straighteners locked away un... 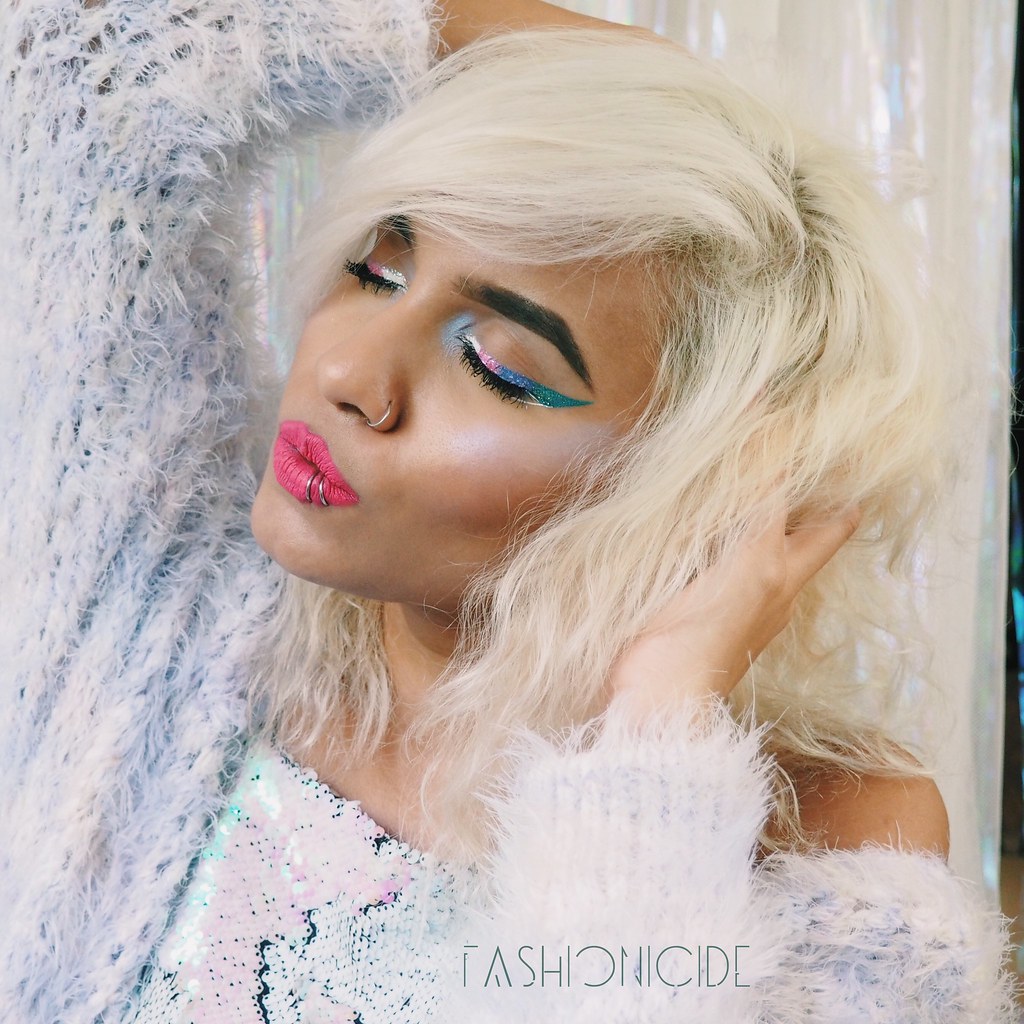 After bleaching my hair down to a platinum blonde this summer, I've had to keep my beloved straighteners locked away under the bed. No more straightening, and no more curling, which is a big deal for me. My hair is naturally curly, and I've always craved straight hair so I've abused my hair over years with heated appliances. Even if I wasn't go for a straightened look, and was trying something a little different, I'd head straight to the straighteners to add in some curls. Oh the human mind, how it tortures itself, craving everything it doesn't possess.

In my mid twenties I started weaning myself off these devices of doom because my style changed a little and moved more towards a 'y'know, like, whatever' kinda hair - I'm thinking easy going, wanting that undone, DGAF hair. I'd add in some Fudge Salt Spray, leave it to dry naturally, but still I'd bring out those straighteners and make waves at the front.

Then I slipped right back in to the straightening phase again, which was an act of self harm to the hair really. I'd started dabbling (a lot) with bleach and dyes and my hair got to the point where it had just had enough. That all changed in Japan though. I was only there for 2 weeks, and wanted to cram in as much of the place as I could, which left me with very little time to play with in the mornings getting ready. In fact, on quite a few of the days, I actually left my hair to dry naturally and I started to fall back in love with my curls!

Fast forward to the summer then, and after bleaching (again), I'd fully embraced those curls! Of course they don't look as perfectly structured as they would had I used a heating tool, but I've really embraced that ever-so-slightly flawed look to the point I couldn't imagine going back to the dark days of daily straightening. 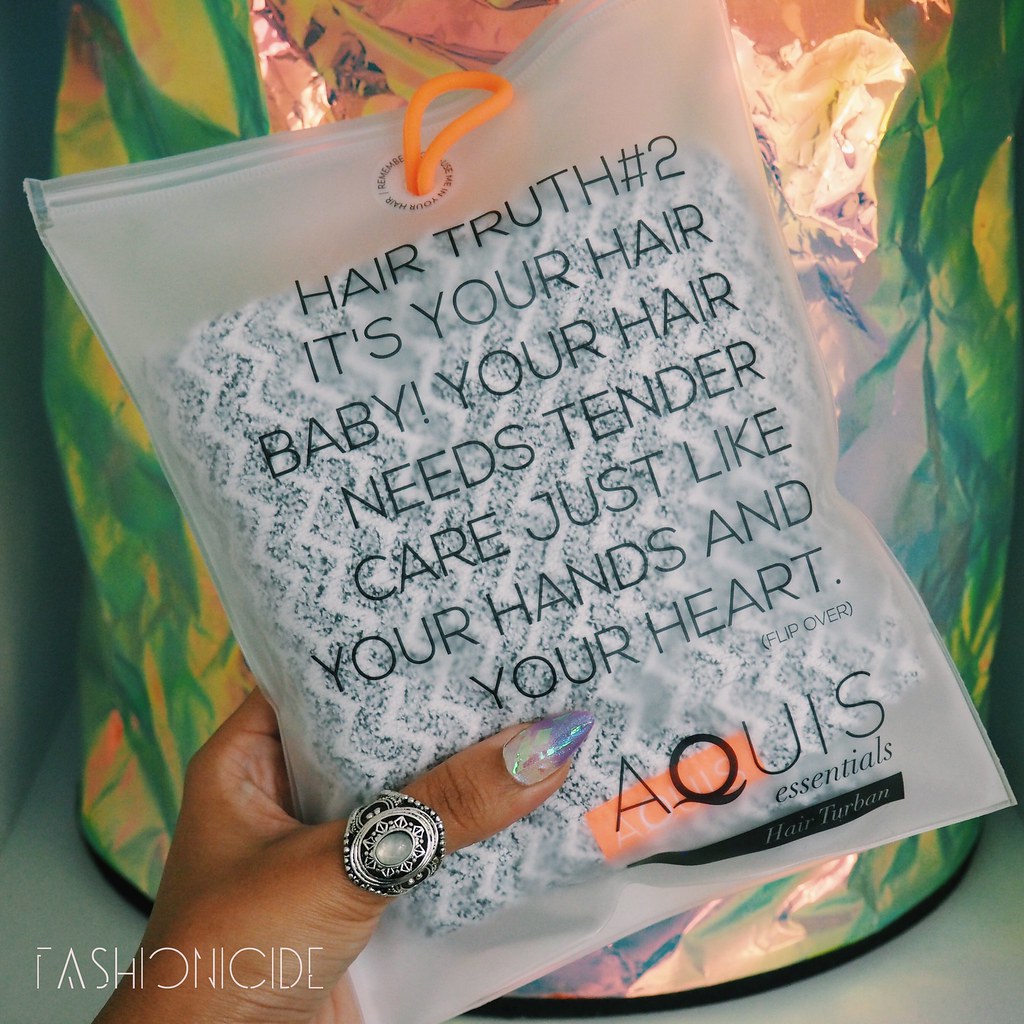 So where on earth does the Aquis Hair Towel fit in to this hairy tale, you ask? Well, they sent me the Hair *Liss Luxe Chevron towel a couple of months back, and I was instantly curious. On their site they give some nice marketing-slash-sciencey spiel about how the product works and it's actually fascinating - this small company are trying to reinvent they way we dry our hair, and to do that they have to convince us we have a problem.

The problem we have is that we dry our hair all wrong, either using an actual towel the ultra-absorbent fabric will soak up the moisture quickly. And speed is the key really, according to Aquis, as the keratin in your hair is thirsty, takes in too much water and gets bloated, making your hair lose it's natural elasticity.

This all sounds pretty horrifying for me, because my hair has seen so much trauma over the past few years, thanks to all of the various bleaching and colouring I've put it through, my hair is now incredibly porous. This means keratin is the hair equivalent of an alcoholic that doesn't know when to quit. Here's what Britta, the founder, has to say about her product though:

"The special towel will not only reduce frizz, but it takes water out quickly and will literally cut your drying time in half!"

So now Aquis had successfully convinced me I had a problem, they now had to convince me that they could fix that problem. When I actually received the towel, and opened it up, I was incredibly skeptical. It is so thin. Really, really thin. How on earth could this little thing dry my hair better than a towel? I tried it straight after a shower and was surprised to see it suck out the excess moisture a lot quicker than my regular towel. A great test of it's absorption is use this on your wet skin and just watch that water disappear!

What surprised me even more is that the towel only feels slightly damp after using it. Usually, your towel is soaked right through and weighs double what it did before your shower, but this towel had my brain screaming "WITCH CRAFT!" - I genuinely had no idea where all this water could have gotten to! After drying off the excess, I then wrapped my hair in the Aquis and left it to dry. Currently I'm in the process of growing out my fringe, so when my hair feels about 80% dry, I blow dry it and leave it out. I found that using the Aquis Hair towel definitely made my hair dry quicker.

As for getting rid of the frizz, I didn't really notice any difference on that front at all, and I was a little disappointed. So I stopped using the towel for a few day and BANG. That frizz hit me hard during the day. Obviously the towel had made a difference, but I just hadn't noticed it! Next time I used the towel, I noticed that I did get some frizz, but nowhere near on the scale that I got when I didn't use it.

So in summary, it does take water out quickly, it does reduce frizz and it does cut your drying time in half.

The Aquis Hair Lisse Luxe is priced at £30. I have to confess that the price tag might be enough to put a lot of people off, it probably would have put me off, partly because I don't think the website is convincing enough to make me part with £30 of my own money for what is essentially a towel. BUT, having used this towel for a good few months now, I'd definitely recommend it, particularly if your hair is frizzy or damaged in any way. I don't think it's a miracle cure for your hair, but I do think it will prevent further damage and keep it in better condition.