Are Brands Killing Creativity and Self Expression? Reviewed by Lima on Monday, September 05, 2016 Rating: 5
Fashion Lifestyle

Are Brands Killing Creativity and Self Expression?

Today marks the 7th Anniversary of my blog! Did I have cake? No, but I did have a muffin, surely that counts? Anyway, it's come a long... 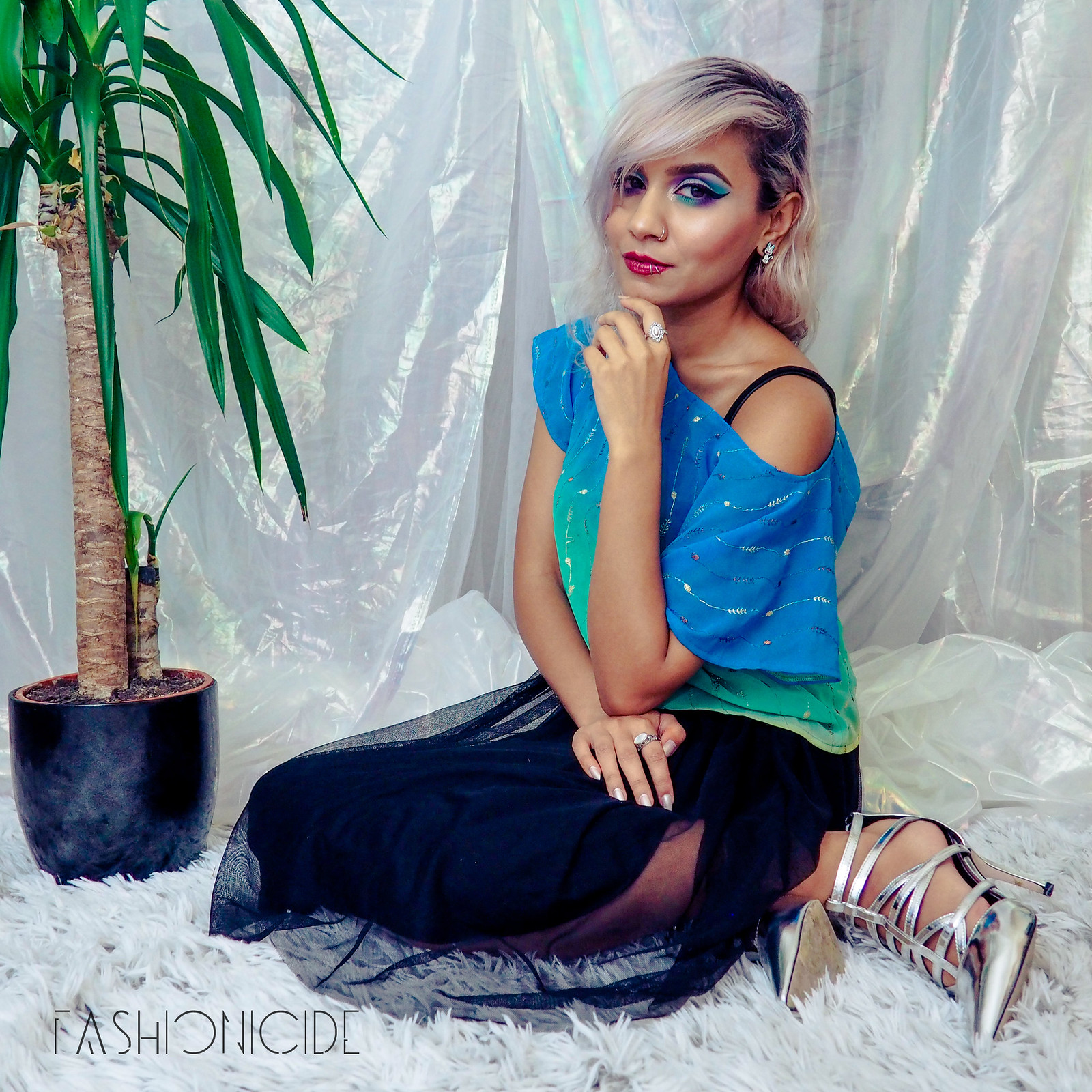 Today marks the 7th Anniversary of my blog! Did I have cake? No, but I did have a muffin, surely that counts? Anyway, it's come a long way from the good old days of Designer Spray (yes, I cringe at the name!) all the way through to the Fashionicide you see in front of you today. I've lost count of the number of blog makeovers and redesigns I've had, but it's been a lot of fun all the way. But things are very, very different now.

I remember when I first started blogging, I got it into it because there were very few voices for Asian girls on the internet. We were basically the third wheel when it came to magazines as well, often very little by way of advice tailored to our skin tones. We were given some pretty basic 'rules' and anything outside of that narrow spectrum just 'wouldn't suit' us. I started because I wanted to experiment, break these rules and find new things. Basically, a journal expressing my trials and tribulations, hopefully for other Asian girls to find a space that wouldn't tell them what to do, more tell them what they could do.

Over the years, I feel that the whole social media landscape has evolved. There have been some really great things and some really not great things. People are making a living out of this now, and that's pretty amazing when I think about it, but not all the changes have been good. It hasn't been an overnight thing, for the most part, but it feels like there's been a concerted effort by brands to control our definition of beauty.

I've noticed with makeup brands on Instagram in particular, that there's a tendency to feature people with excessively flawless, smooth looking skin, to the point where you have to question whether or not the person is actually human. Of course, there are other issues of representation along the lines of race, gender, size, sexuality etc... It just feels to me that in their pursuit of the inoffensive and vanilla, brands are starting to actually become pretty offensive. 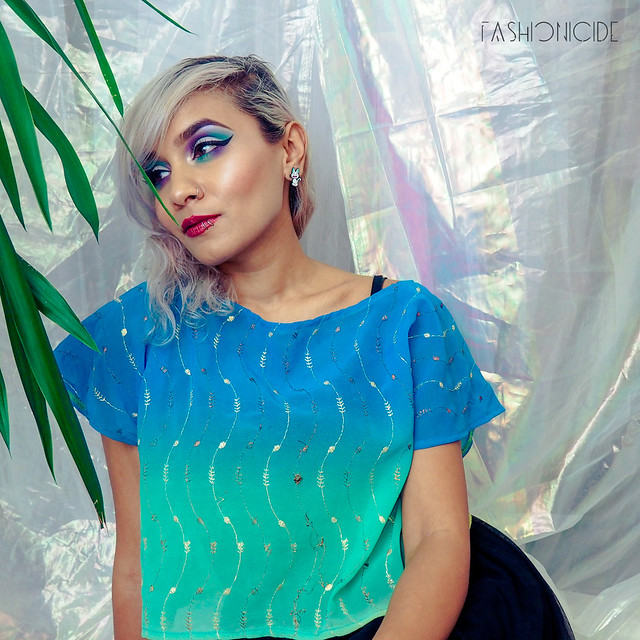 I find it offensive that makeup accounts tend to feature perfectly flawless photo-edited women/men, over girls/guys with small flaws or imperfections. I find it offensive that many campaigns only feature a token person of colour, at best. Saying that though, NYX actually featured me on their account last week, which was lovely of them, but I received a few non-constructive comments about my eyelashes - because they were my actual, real eyelashes. Beauty is subjective, and we all have different tastes, but brands are clearly trying to steer you towards their own increasingly warped visions of beauty.

Not only that, I've also been featured by Illamasqua and a few people took issue with my eyebrows being too long, telling me I should trim them. Honestly. U wot m8? That's not to say that the negative reactions outnumber the positives, because they don't. It just feels like an unacceptable standard of beauty is being set, and an increasing number of people are buying in to that. We need to remember that makeup is all about self expression, and there are no rights or wrongs when it comes to expressing yourself. 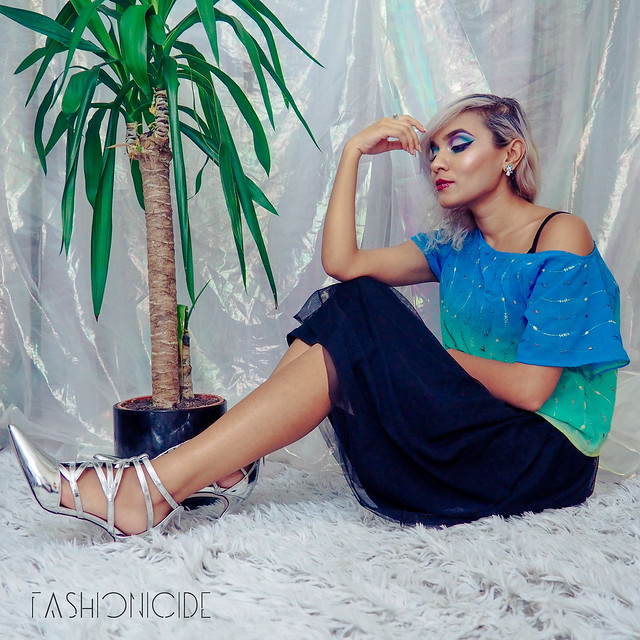 Going back to my recent NYX thing though, don't get me wrong, I do like the occasional set of falsies, for special occasions and the like, but it seems to me that brands are starting to redefine beauty again. Of course, they've been doing that for years, but now it's not just supermodels or professionals that are being put up on a pedestal, it's your everyday Instagram girl/guy. The standards are being redefined: you need computer generated skin, perfectly blended eyeshadow,  and a brash set of falsies to look beautiful.

But that is all so, so wrong. If you have naturally bountiful lashes, flaunt them, don't hide them! If your skin isn't flawless, forget about it! We're all human, and it adds character! If your eyeshadow isn't perfectly blended, good! Perfection is over-rated. It drains the soul from the art of makeup, and makes it all a bit more identikit, bland and boring. I want to see your slightly imperfect makeup, because that's where real inspiration comes from.

A similar thing is happening to fashion, where bigger brands are reposting photos of fashion bloggers posing outside a nice pretty door in Kensington, Chelsea or somewhere else in London with astronomical rent, house prices and cost of living. It's just not attainable for so many to achieve this jet-set lifestyle that's being promoted, and what's worse is it isn't even real. It's not even their door. They're selling a lifestyle that is out of reach for so many. And that's not to say that posing outside someone else's house is wrong, but give me some variety, give me some individuality!

To me, makeup and my outfit choices are an act of self expression, and I'm certain this is the case for a great number of other people putting themselves out there. I just hope that brands recognise this, value this and take advantage of it in a far better way, instead of trying to kill it off. At the moment, they're more likely to make people feel inadequate and feel the need to change something about themselves. My advice? Please don't change. Do what makes you happy, and don't let any fucker (brands or individuals) make you feel like shit about yourself. EVER. 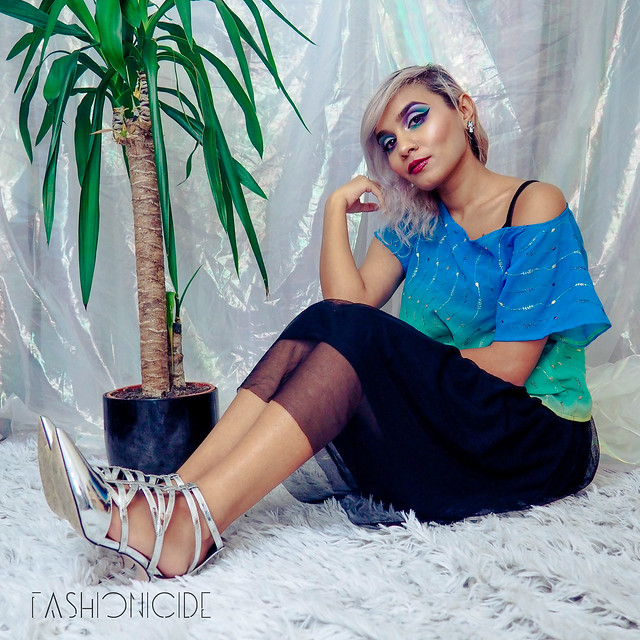 I could go on and on, including about these so-called 'Desi Inspo' accounts but hey, maybe I'll save that rant for the 8th Anniversary? Here's to another great year on Fashionicide, I hope you've enjoyed the journey so far. Thank you to my loyal followers who have been there from the beginning and those that hopped aboard along the way and supported me. You make it all worthwhile.