Ok, so this look isn't quite the typical Poison Ivy look you might have expected, with all manner of greens and generally planty-... 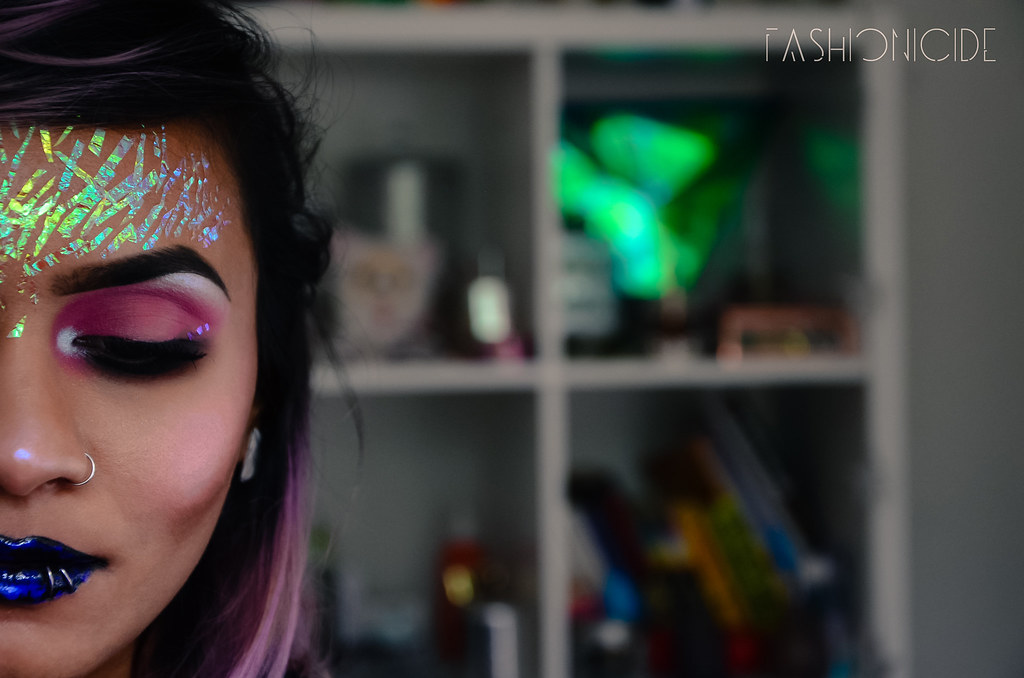 Ok, so this look isn't quite the typical Poison Ivy look you might have expected, with all manner of greens and generally planty-looking colours, but it draws inspiration from her character, that is for sure. It's very easy when taking inspiration for a look, to go for something just a little too cliche, so I thought for this look I'd move away from that green, earthy look and go for something that appears as more of an evolution of the traditional character - you might even say her secret lovechild! 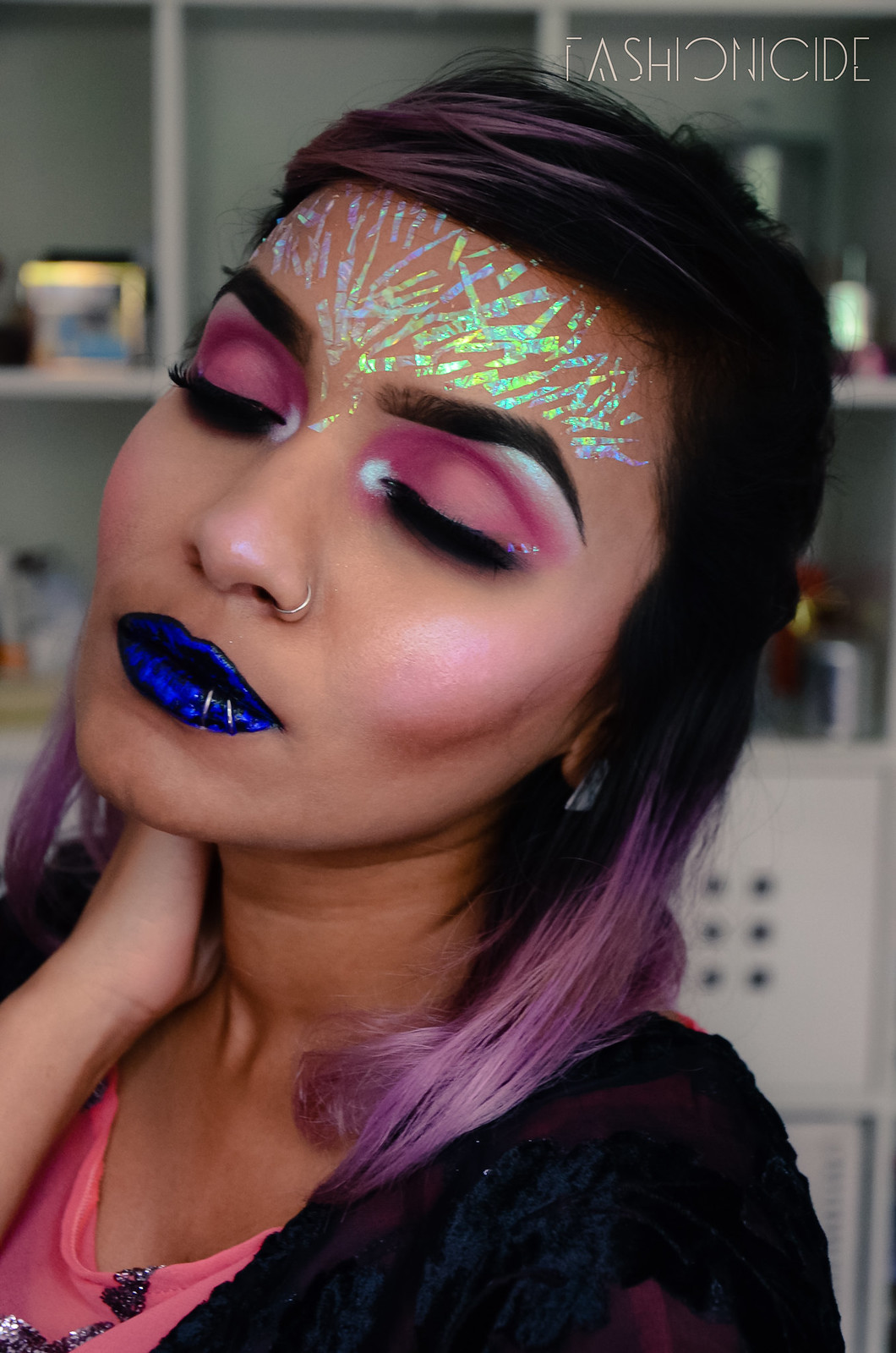 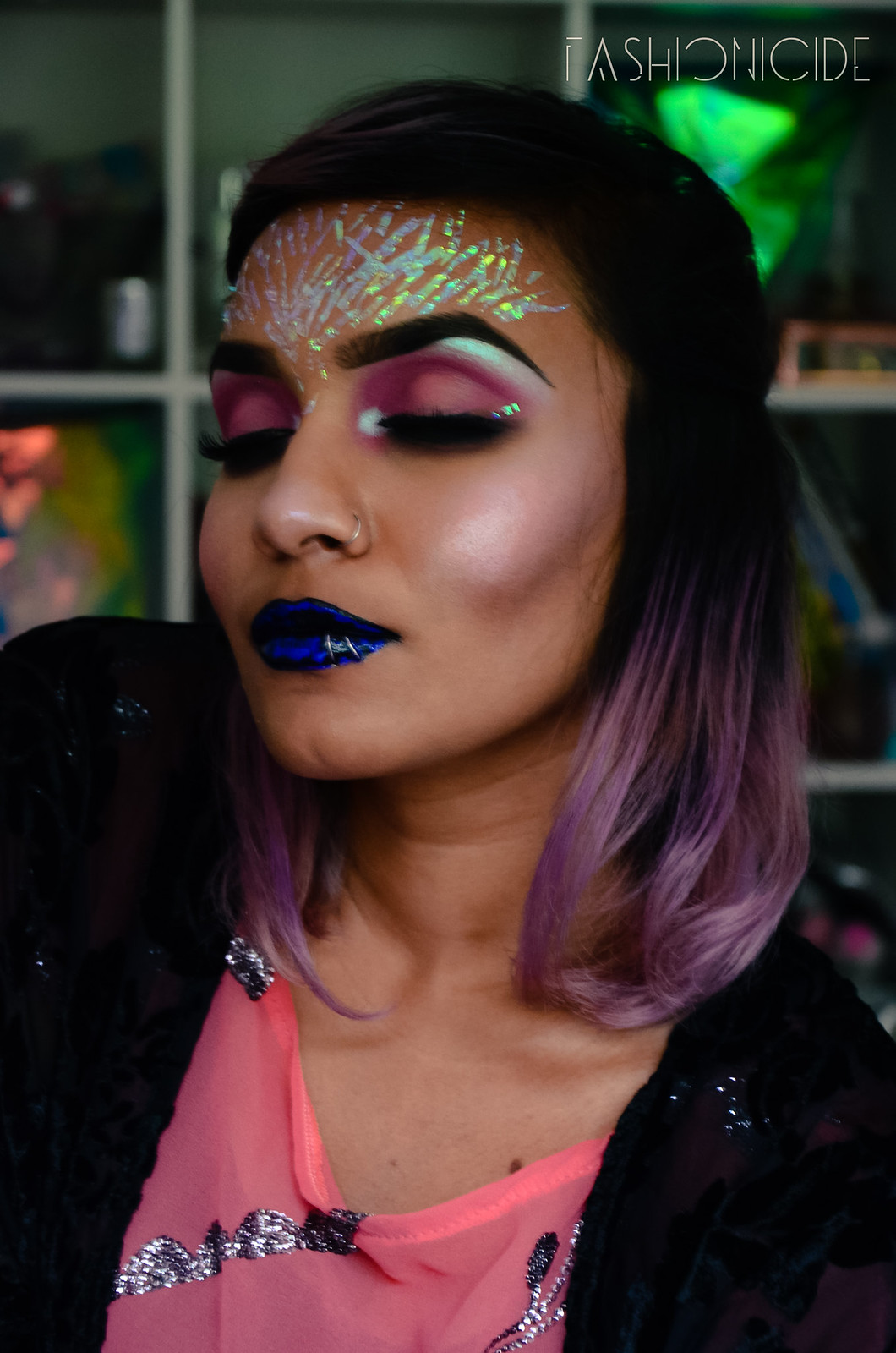 I created an 'Ivy Effect' above the eyes using shards of iridescent film stuck on using eyelash glue, which gives an ethereal feel to the Ivy - it's not just ordinary Ivy, there's something edgy about it. Aside from the film - in certain lights at least - there are none of those green, earthy colours to be found. What I have done, to remain true to the character, is bring a rosy-pink eyeshadow, to reflect her undying love for beautiful, and deadly, flowers. 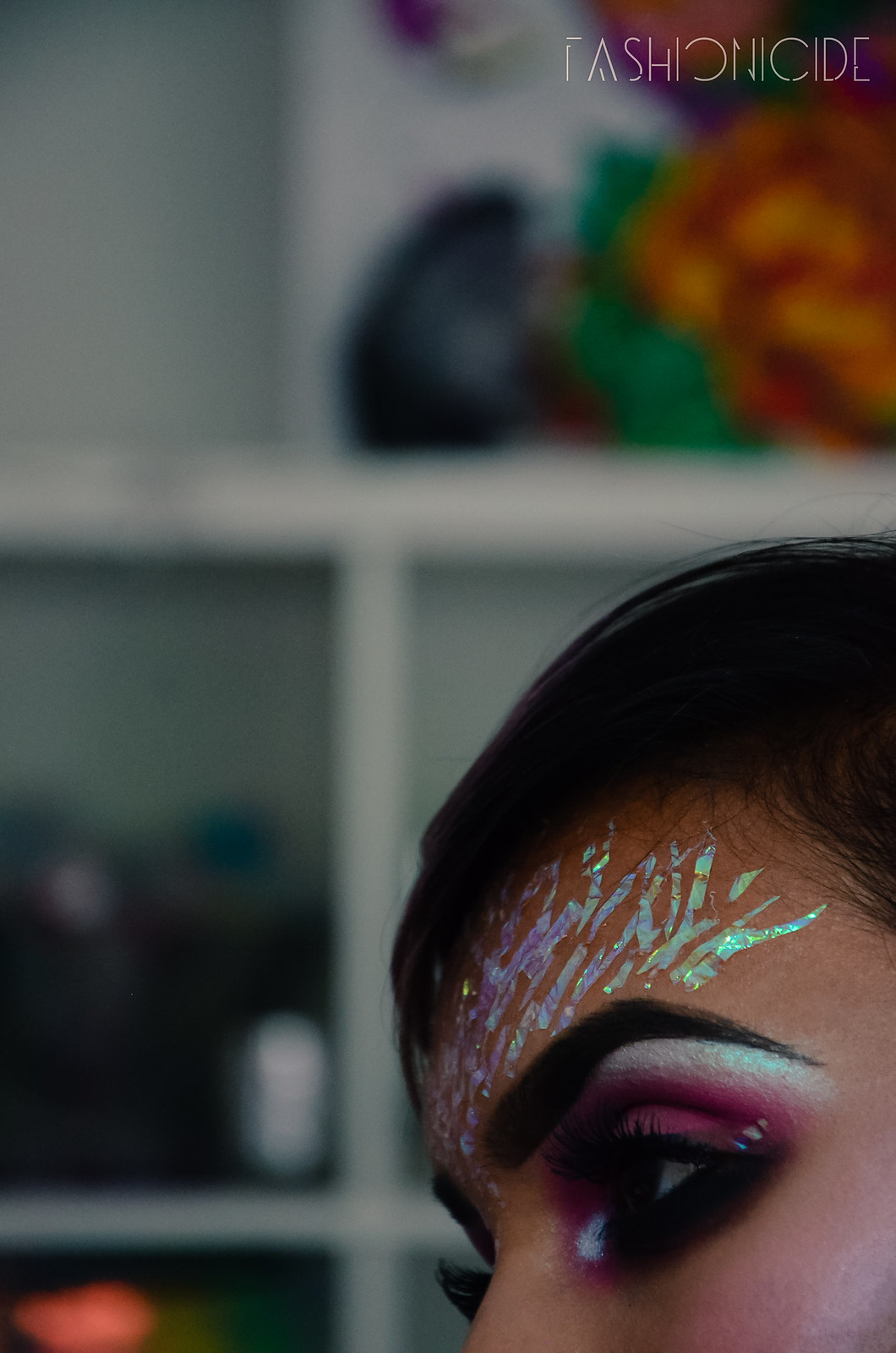 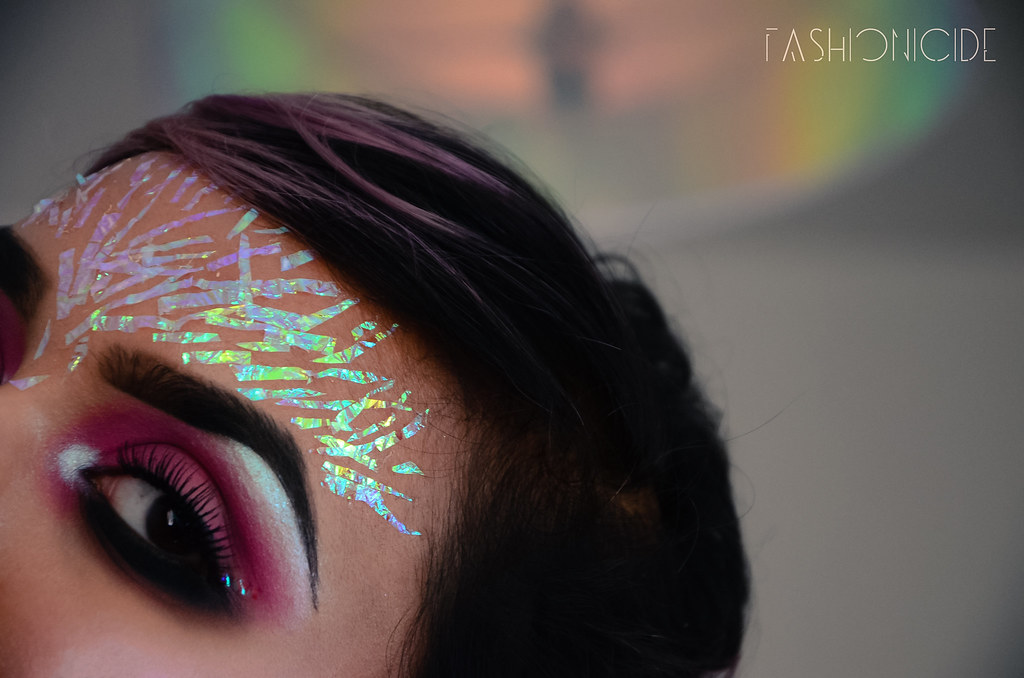 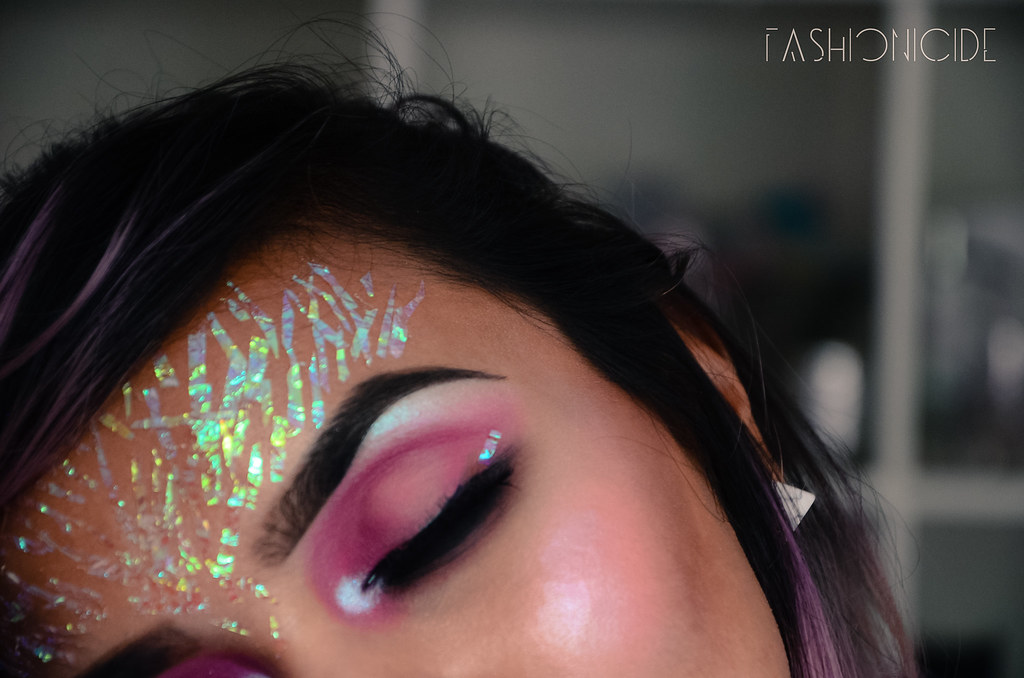 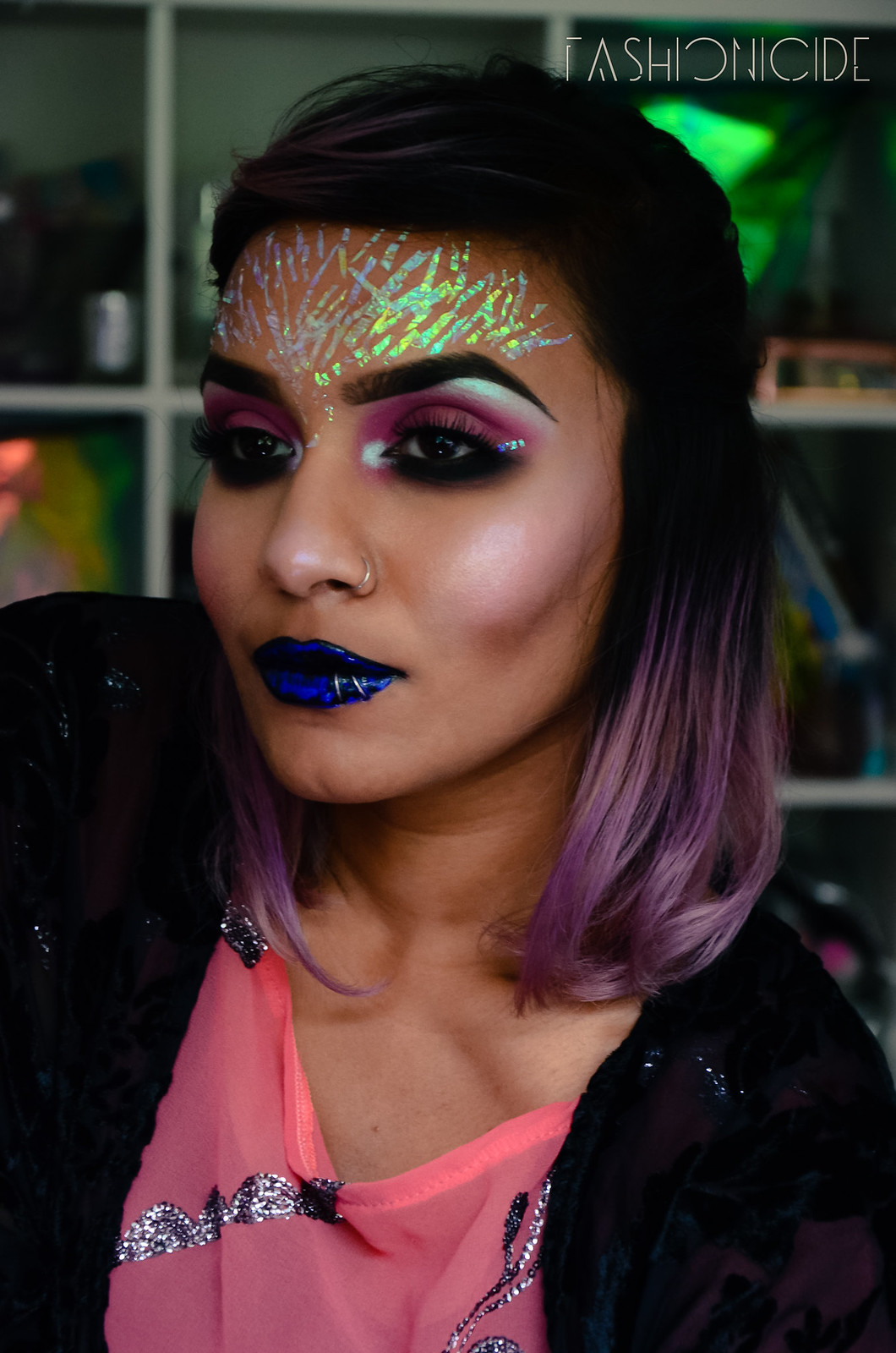 I think I should also draw some attention to those venomous looking lips! Whilst the original Poison Ivy was a fan of luscious, full, scarlet lips to seduce her victim (usually Batman!), I thought her secret lovechild might prefer something a little less classical, and a little more ominous. The base is simply Lime Crime's Velvetines in Black Velvet - gorgeous enough in it's own right - with Inglot's AMC Lip Gloss in 541 applied liberally with my fingers to give that alluring oil slick effect. Lips to die for? I think so.