Kat Von D is an absolute babe. I don't even like using the word babe , but I save it for special people - and she is most certai... 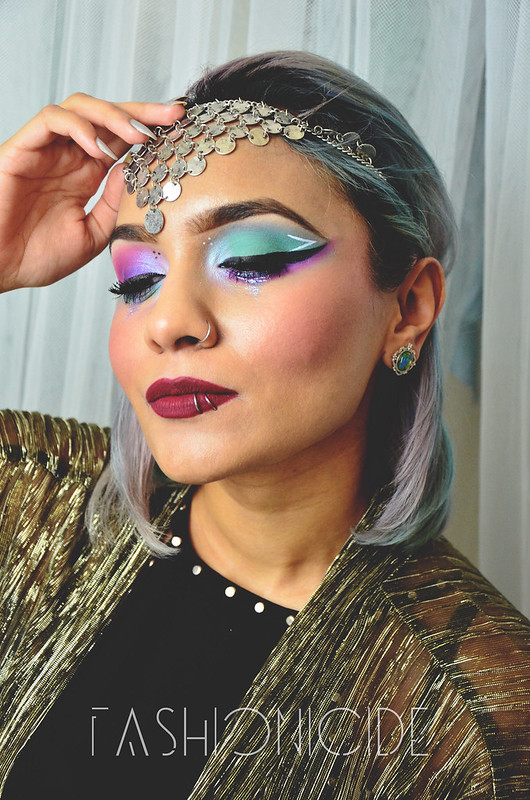 Kat Von D is an absolute babe. I don't even like using the word babe, but I save it for special people - and she is most certainly deserving of that label!

One of her signature looks is of course the Two Toned Eyes - if you give that a quick Google, you'll pretty quickly see (amongst the countless imitations) a lot of photos of her with blue eyeshadow on one eye and yellow on the other. It's so simple, yet so, so beautiful.


I've been completely hyped up all over Kat Von D of late, as I've heard that her very own range of makeup may actually be coming to Boots in the UK. I know it's only rumours, but with Boots introducing NYX only a few short months ago, anything is possible. Besides, what if it was actually true? Think of all the makeup! Let's just say I've got my fingers and toes crossed on that one.

I've already got a mental wishlist currently stored in my brain, including the ever-so-popular Tattoo Liner. It's a felt tip liner, and even though I'm not a fan of felt tip liners generally, this is Kat Von D - don't you understand? I will even give up the premium eyeliner space that Illamasqua's Precision Gel Liner has made it's own, just for a day or two to try it out.

And, by the way, if you're reading this thinking 'Who the hell is Kat Von D?' GET IN THE SEA. NOW.

So naturally, I had to create my own take on the Kat Von D Two Toned Eyes look that she is so often seen rocking! After applying Sugarpill's Mochi to one eye, I applied their Poison Plum to the other then I applied the same colours beneath the opposite undereyes. Kat applies her undereyes quite subtly, but I thought that the Sugarpill shadows deserved to be extended out just a little more and promptly went for it! 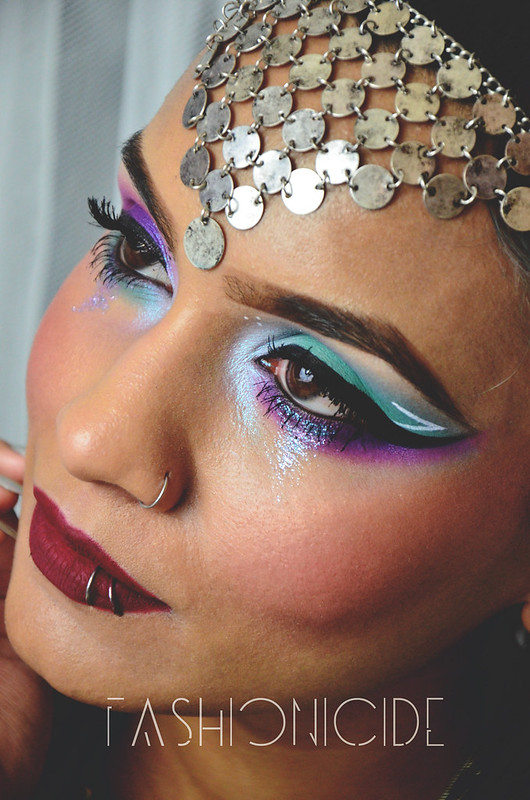 To finish off the asymmetrical look, I added a few touches of my own: firstly, I drew on a little white unfinished triangle to just one eye, secondly I added three dots on the inner eyes in a triangle shape in contrasting colours too, and finally I added some glitter tears beneath both eyes using NYX's crystal liners, because, well... Glitter. 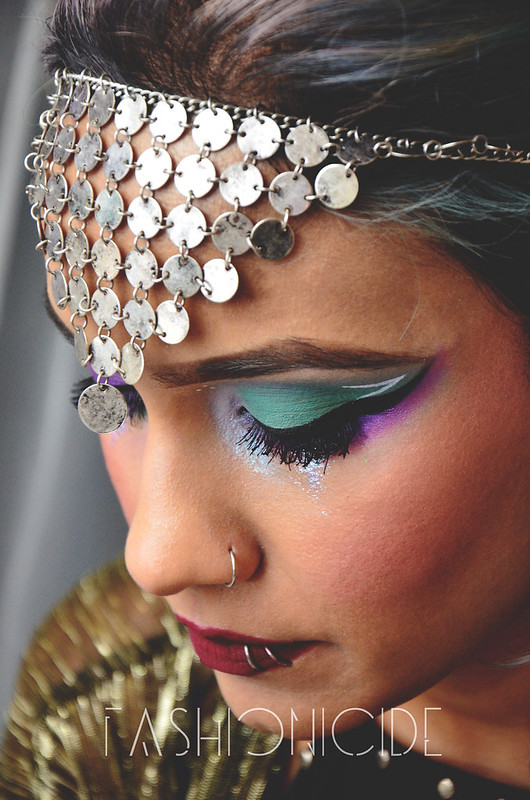 NARS All Day Luminous Weightless Foundation in Barcelona (this foundation does not seem to finish!)
BEN NYE Banana Powder (sweeped under the eyes to brighten!) 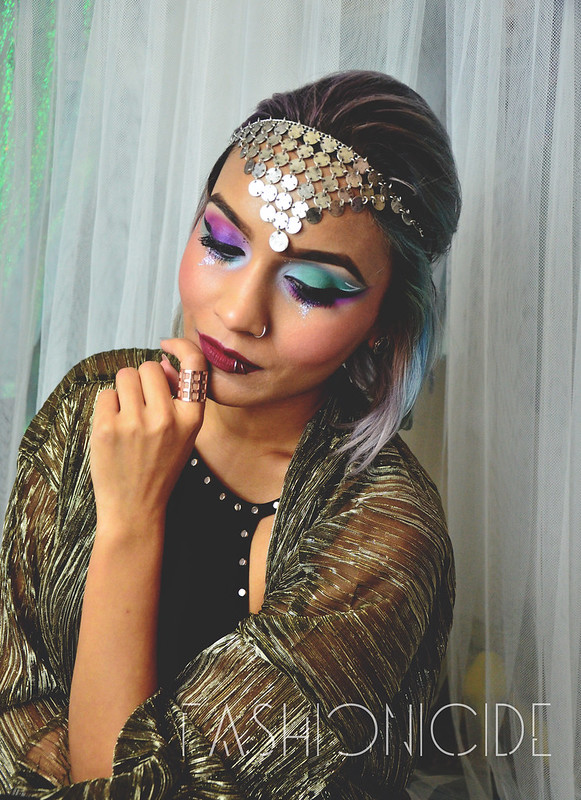 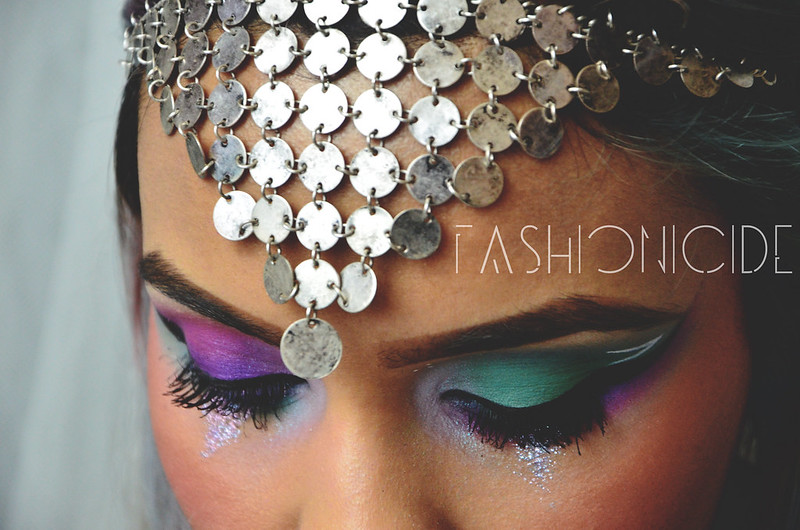 So that concludes this post, I hope that you love this look just as much as I loved creating it. I think it's really important to draw inspiration from looks that you find on the internet, and attempt to recreate them. Above all though, add in your own personal touches to create something a little different, to really add something to the overall look. That's how you develop your makeup skills and work your way up to looks like this!