I'd like to think that you all know this by now, but just in case it had escaped you, I'm a certified Eyeliner Fiend! Over the... 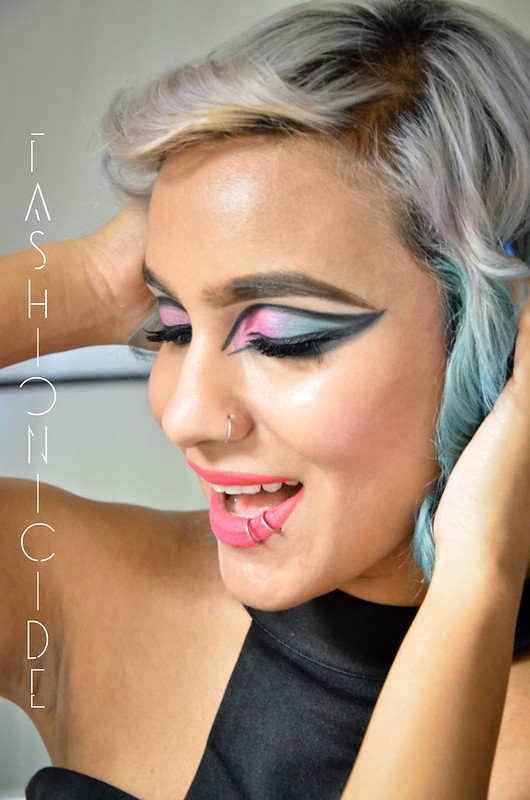 I'd like to think that you all know this by now, but just in case it had escaped you, I'm a certified Eyeliner Fiend! Over the past couple of years I've really upped my eyeliner game from simple top liner to some fully-fledged Sixties-style looks - think Twiggy or Edie Sedgwick!

When it comes to events or special occasions, I tend to roll out the Sixties look too, it's just so versatile! I'm pretty certain the next evolution in my eye makeup style is right around the corner, but I have no idea what it could be at the moment.

Anyway, I was recently given the opportunity to road test the Real Techniques Eyelining Set, which is part of the Collector's Edition. I hadn't ever tried their eye brushes before, but I did purchase their Core Collection for the face a couple of years ago. In fact, I've had them so long I've genuinely forgotten when I bought them! Despite that, I still use them pretty frequently so I jumped at the chance to give their Eyelining Set a go! 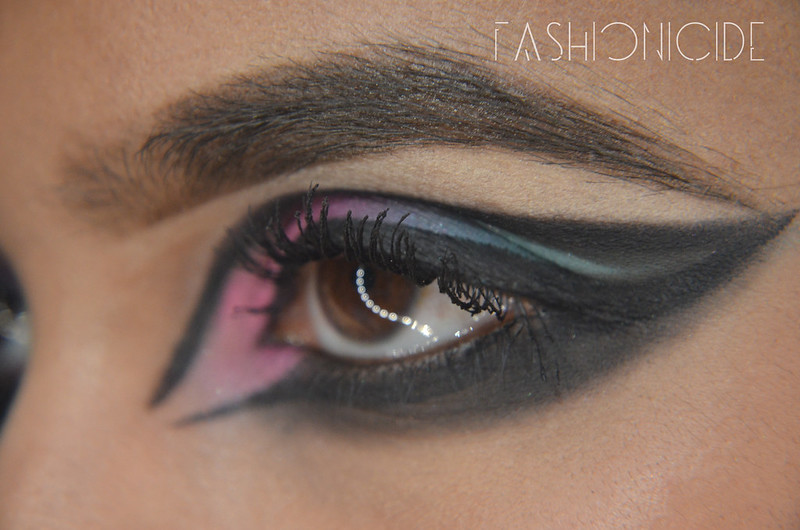 The kit includes four metallicy-lilac brushes, all of which were used in the above look. 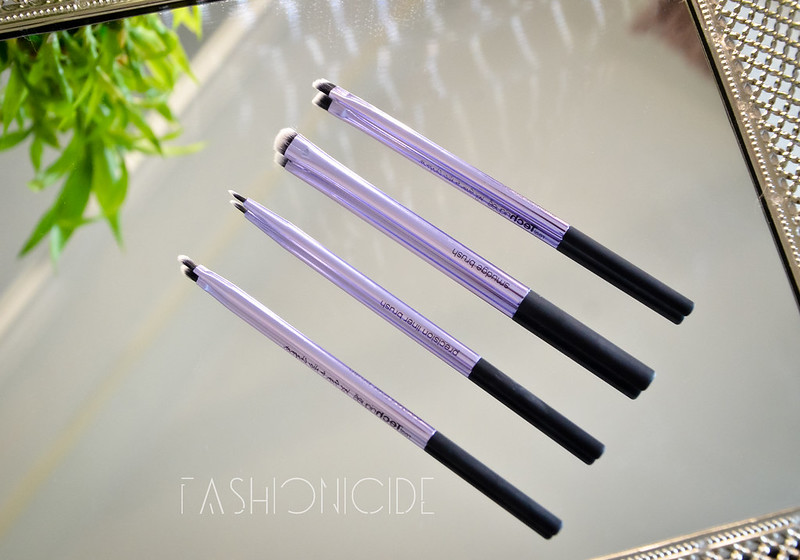 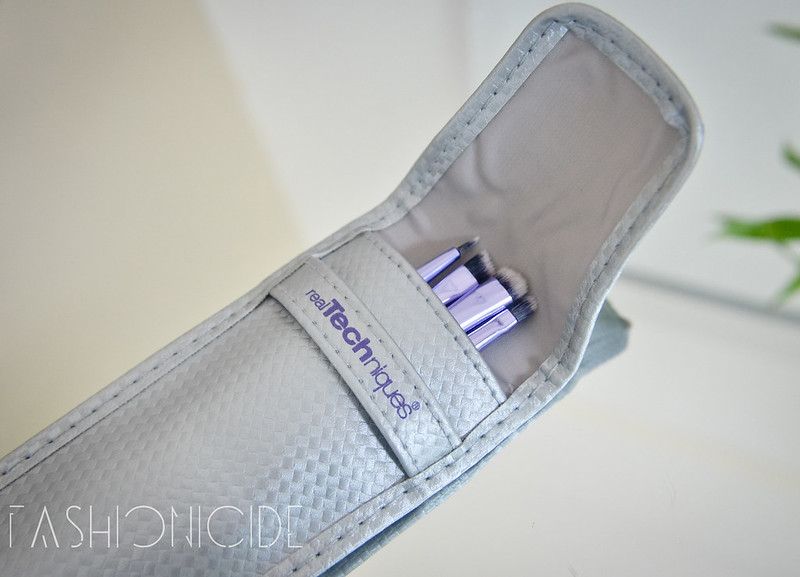 The set comes with a lovely metallic pouch, which certainly comes in handy when you have a bazillion brushes! I'm trying to keep them in the pouch at the moment to stop them getting lost in the black hole that is my brush pot - there's just too many in there. The thing about black holes though is they have a strong gravitational pull, so they will end up in there at some point! 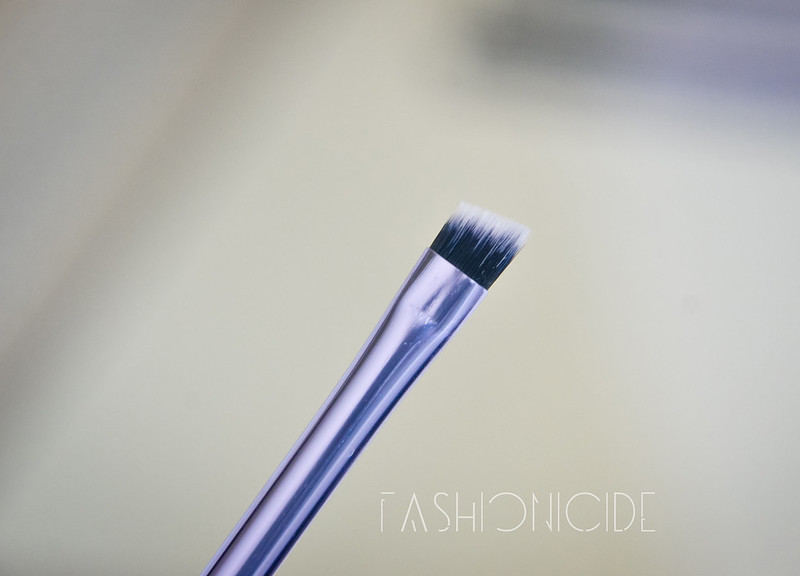 Usually, for the top liner I tend to use a really thin pointy brush, but I've seen so many brushes labelled 'Eyeliner Brush' that look similar to this one with the flat, angled pointy edge, I thought I'd give this one a shot at what it's designed for and was surprised at just how well it worked. I applied a gel liner with it, and that worked like a dream. I liked it so much, I also used it to create the lines on my crease and to wing it out. As you can see, the finish looks pretty much flawless. 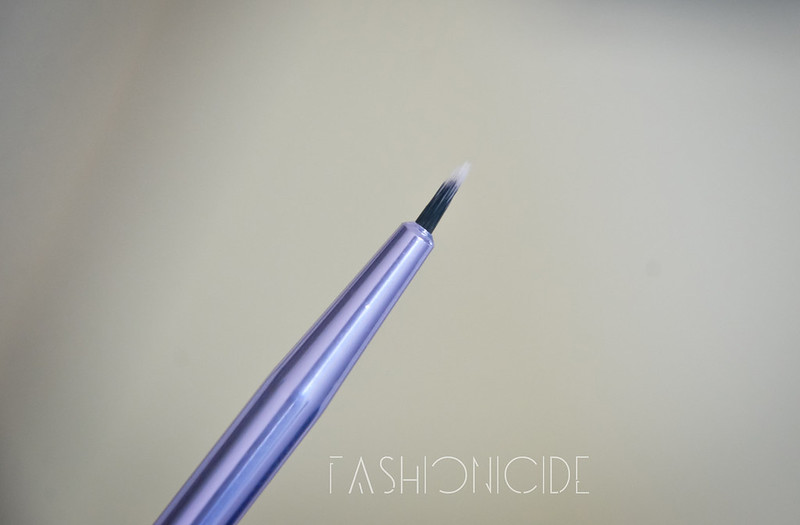 I'd usually pick a brush of this style to apply eyeliner, but the Eyeliner Brush stole it's thunder this time. This super-duper thin brush reminds me of a bullet or one of those diamond-cutter devices that super-villains have in the movies (I really can't explain that one!). I made use of it's fine, pointyness by applying the finer liner you can see on the inner corners. 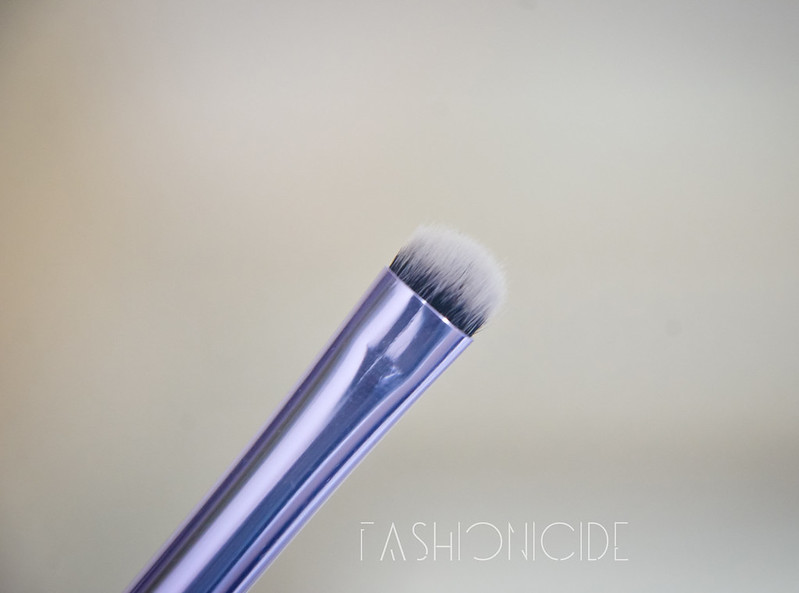 You may as well call this the Ronseal Brush - it does exactly what it says on the... packaging. It's perfect for smudging your eyeshadows to give the smoked-out effect. I lined the under-eyes with gel liner using the Pointed Liner brush (coming next!) before using the Smudge to apply MAC's carbon underneath to smoke it out. I also found this one pretty handy for smudging out some of the harsher lines on the wings . 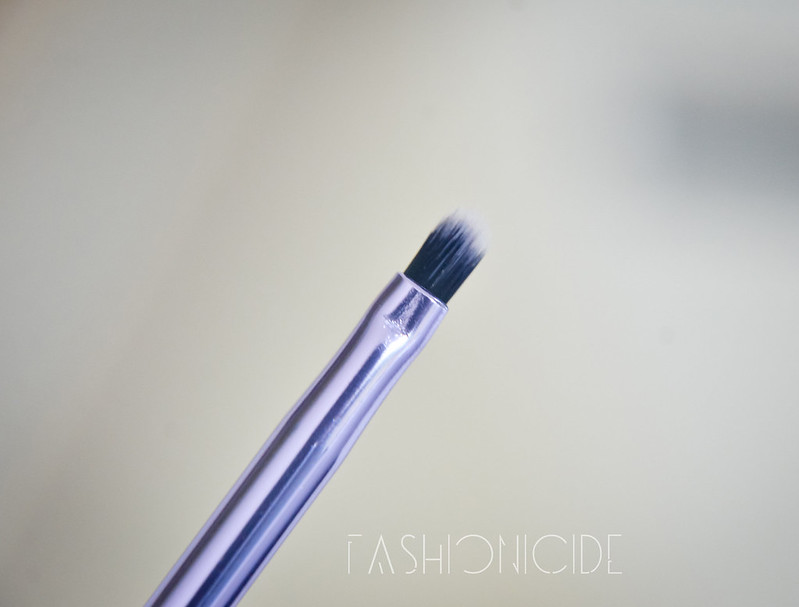 Last but not least is the Pointed Liner brush. This is flat brush, which Real Techniques claim can be used to create thick lines or thin lines. It doesn't look like your ordinary liner brush, in fact it looks more like 'Honey, I Shrunk The Concealer Brush' - Box office material.

I dipped the brush into my gel liner and lined the under-eyes with it. I didn't use it for the top liner though as I felt that it didn't quite give me the control I needed - the Precision and Eyeliner brushes offer much more control. 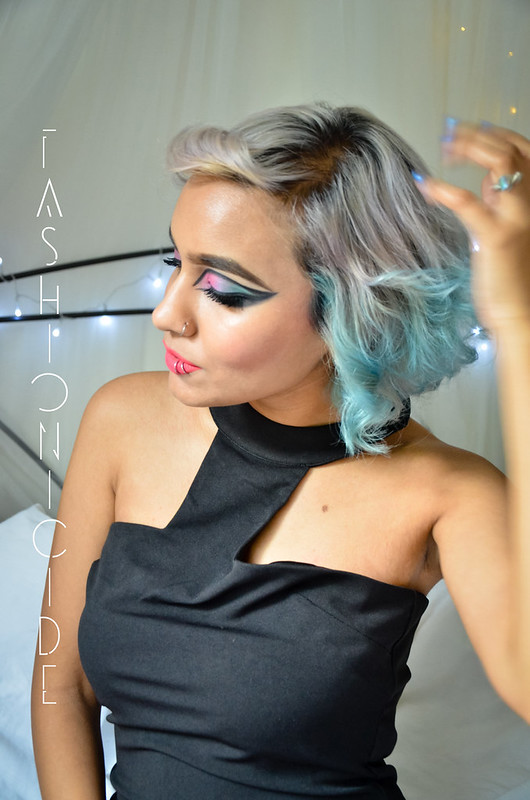 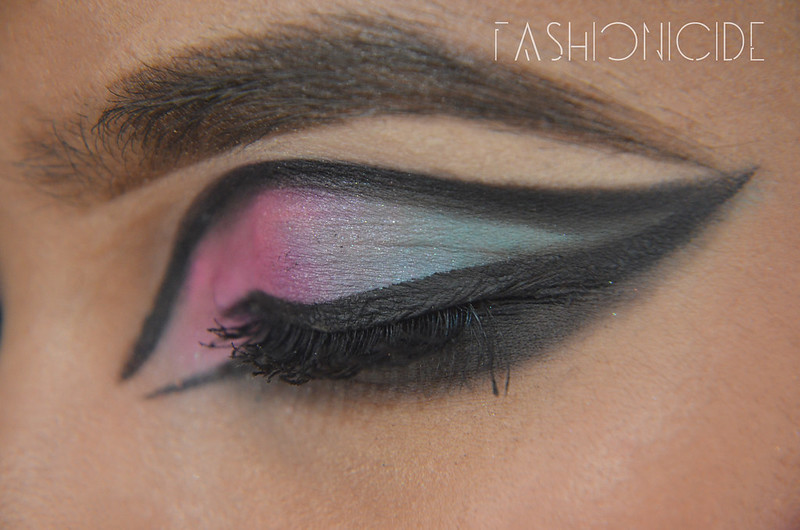 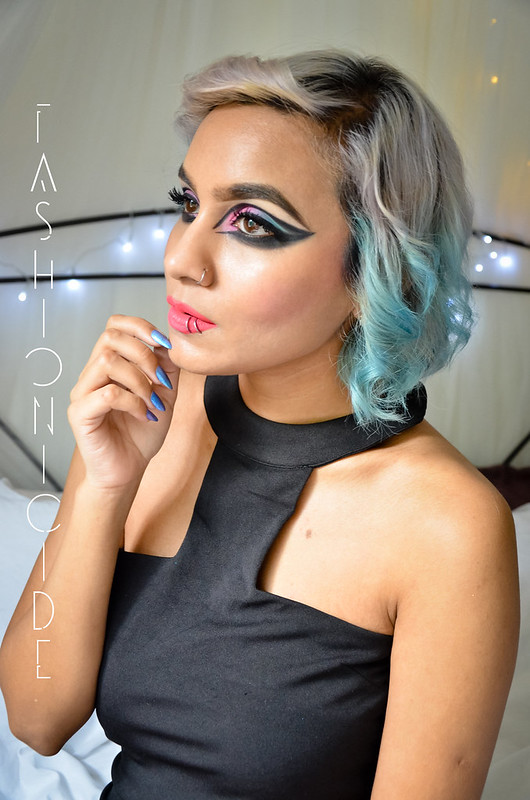 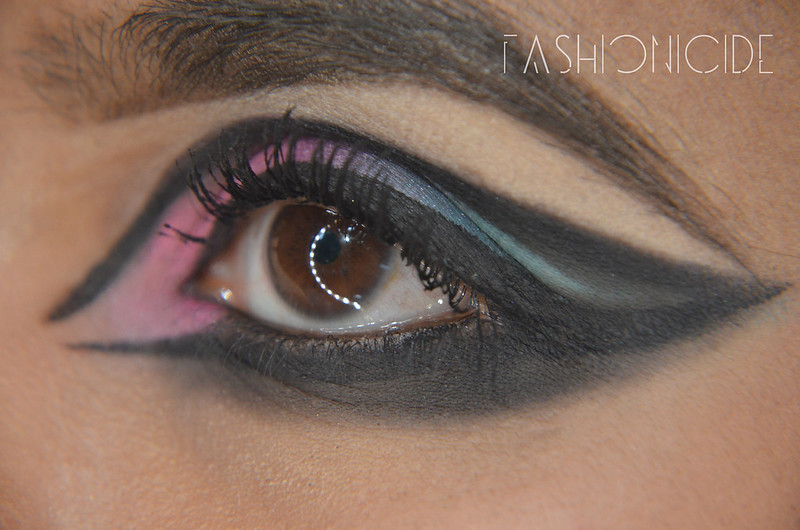 Overall I really enjoyed having a little play with these brushes and actually I learned a thing or two whilst doing so. Previously when creating my eye looks, I'd do the whole thing with just two brushes, sometimes maybe even just one. But experimenting with these brushes has shown me that each one has it's own little niche, and that if I use that, it makes applying my eyeliner a whole lot easier.

I'm looking forward to playing around some more with the Real Techniques brushes and creating exciting new looks which I'll be sure to feature on the blog and/or my Insta! :)

The Real Techniques Eyelining Brush Set can be purchased from the HQ Hair website for £15.99 which works out £4 for each brush. Why wouldn't you?!