This post fe els a little nostal gi c for me ! D o you re member all those years ago when TOPSHOP were about to release th ei r h otl... 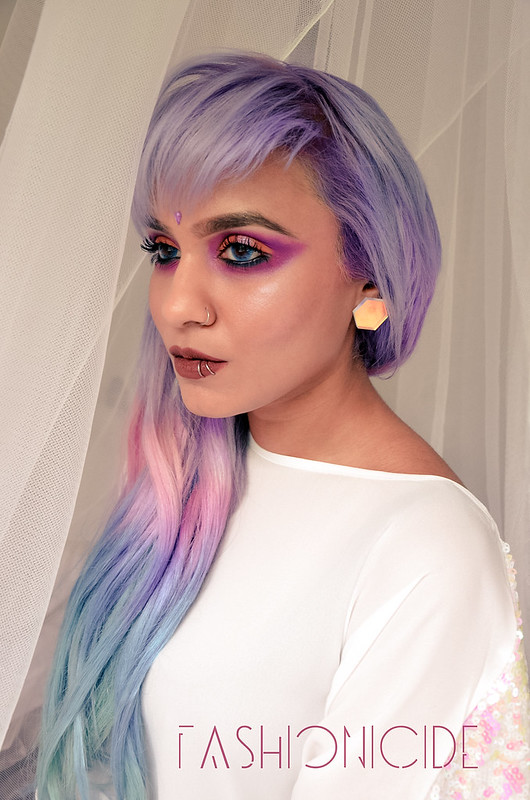 This post feels a little nostalgic for me! Do you remember all those years ago when TOPSHOP were about to release their hotly anticipated makeup collection? It feels like only yesterday I was in TOPSHOP snapping some photos of the first range, before hurtling home to type up a blog post - ah, the dedication!

Ever since that fateful first range, their collection has expanded at a vast rate of knots, and the quality hasn't waned either, reeling out a whole succession of great products. I was in there again recently, and came across these weird looking domes - their shininess reeled me in. The woman at the counter informed me that her expression was pretty much the same as mine when they first arrived instore.

As it turns out, these beautiful domes are part of the festival collection TOPSHOP have released, and are basically coloured highlighters. Not gold highlighters or bronze, but coloured ones! I've lost count of the number of bronzey-gold highlighters in my collection, and I never really seem to keep interest in one, as they're all so samey, but these really are just something else.

There are two shades to choose from: Galactic and Zephyr. Why make a choice though when you can simply take them both?! 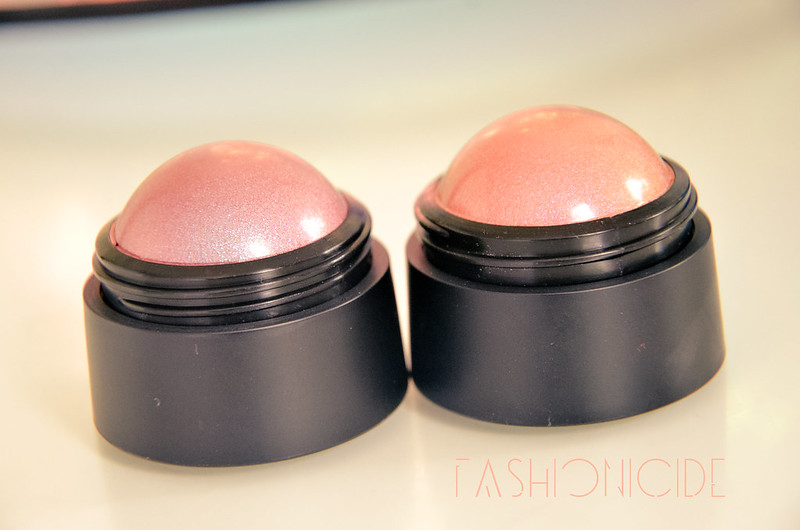 According to the TOPSHOP website, the Glow Domes are inspired by the ever popular Chameleon Glow Powder. Despite it being out for ages, I'd never actually picked it up for whatever reason. Obviously this was a situation that needed rectifying, and what better time than the present? 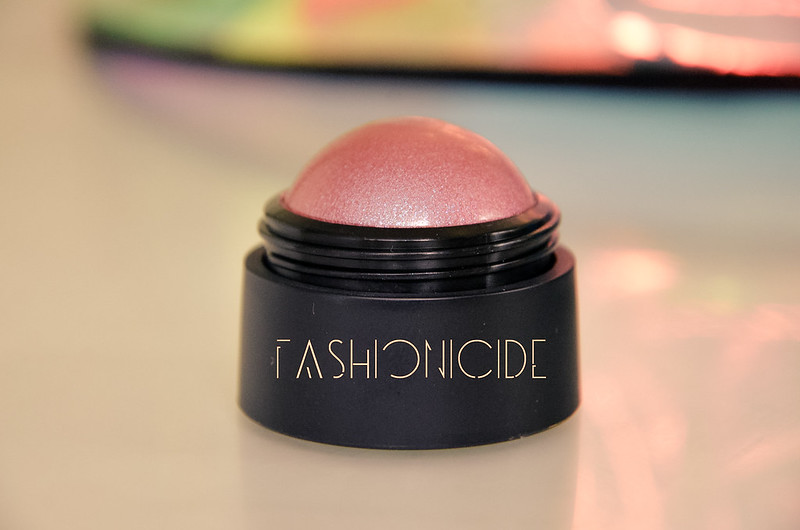 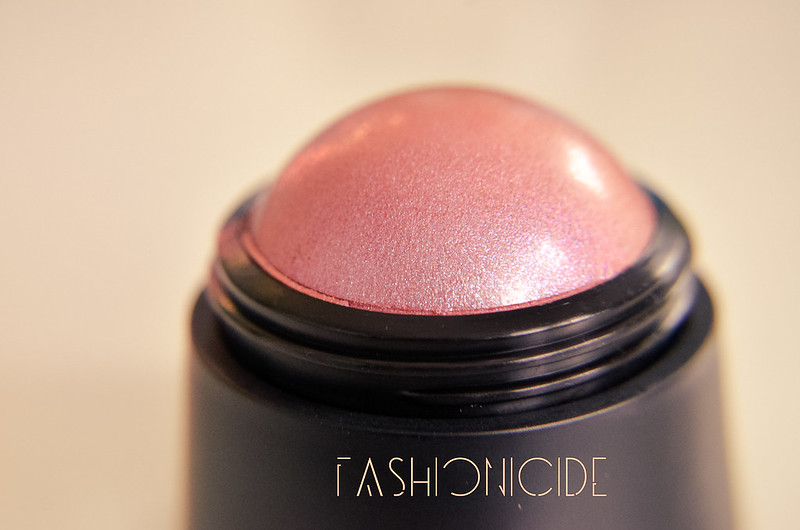 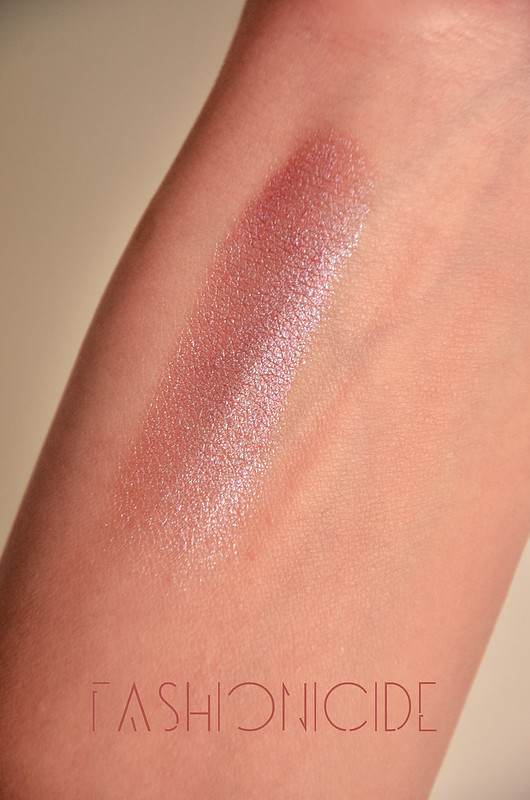 TOPSHOP tell us that Galactic is a purple highlighter, however to me it seems to have red undertones to it, and actually adds to the iridescent sheen it has when inspecting it close up. Naturally this iridescent quality only served to get me all the more excited to swipe this across my face! Upon swatching the wrist, you can see that the colour doesn't quite transfer on to the skin, however it does retain that iridescence. I also noticed that it actually contains glitter - DON'T PANIC - these are teeny, tiny little flecks, nothing big and chunky!

After the swatch I was intrigued to see how it would look sprawled out all over my cheekbones, so I gave it a good swipe across before patting it into the skin. Good news, the glitter is practically invisible on the cheeks and there's an iridescent lustre to it, where if the light catches it just right, can actually look turquoise! The colour though, looks really subtle but it does uplift the skintone, making me think this highlighter would be perfect for darker skin tones. I think the naming of the product is spot on, as the iridescence of the (non-gold) highlighter gives the appearance of an extra terrestrial-like glow. 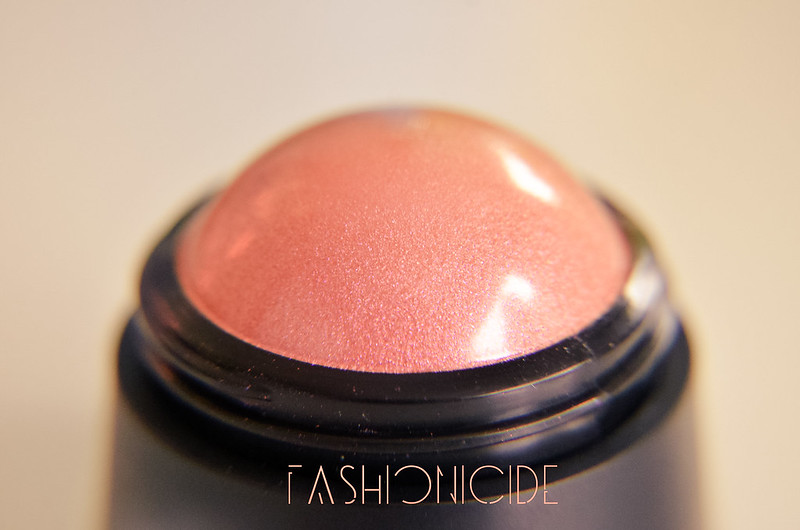 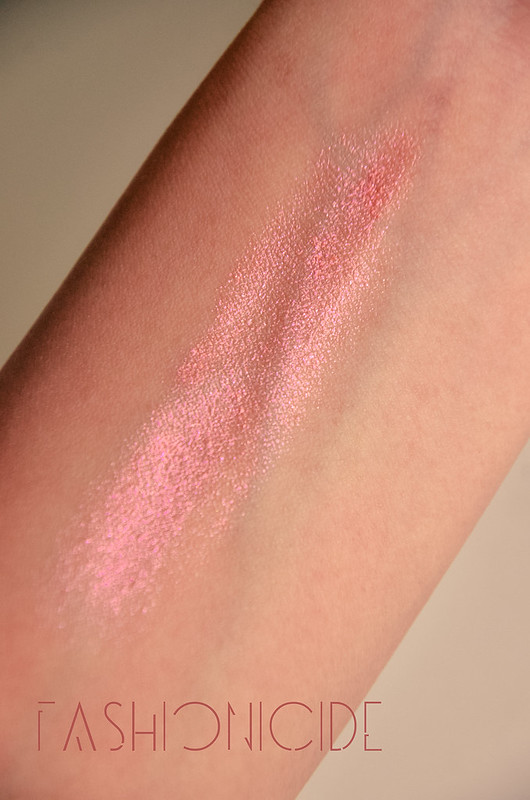 I must be feeling really pedantic with my colours today, as TOPSHOP claim that Zephyr is a pink highlighter, but for me, all I can see is peach! This one also has some ultra-finely milled glitter thrown in, but with a more metallic than iridescent look to it. Once applied to the cheekbones and blended in with my fingers, that peach tone really comes out to play - not pink! It wakes up the face and makes your whole demeanour look more glowy and positive.

I've covered off the look and the appearance of these highlighters, but what of the application and formula? Well these don't disappoint either! The formula is really creamy and effortlessly easy to apply to the skin. I've even applied both of these to my shins and collarbone for when I'm heading out, something I've never previously done before with any highlighter, the dome shape makes it so easy to apply, it'd be rude not to!

The packaging is also very compact, so if your handbag is fit to burst like mine, or if you're only planning on taking a much more impractical clutch out with you, there should be room for one of these in there. I tend to keep them handy so I can highlight the shinbone and collarbone either on the tram or in the nearest toilet - it definitely beats oiling them up, imagine if that got on to your clothes. Nightmare!

On to le mug shot: 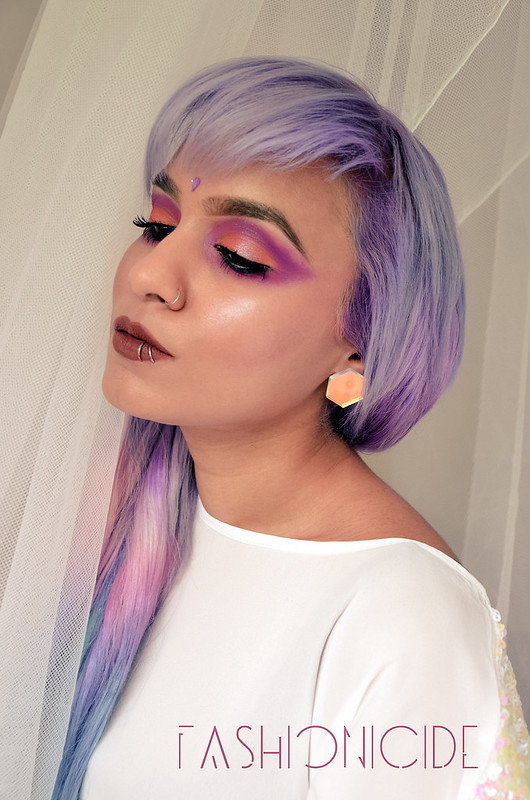 Back to the nostalgia mentioned at the top of the post, and I've gone all teenage angst of late and been getting back in to the whole grungey, trashy eye makeup looks. I think the rawness of it all is really appealling and I admire how there aren't any rules. I find there's always something in every look to draw inspiration from for my next makeup experiment.

I think it's a shame that people can be so dismissive and write something off for being different, after all, if nobody ever did anything different, we'd all end up going round in circles doing the same things over and over again! As makeup artists, fanatics or hobbyists we need to embrace the new, and see how we can adapt the wild, the crazy or the avant garde to suit our own tastes and make our own new looks.

On a final note, pur-leeeeese let me know what you think of the photos. I absolutely hate photographing highlighters on the skin, they're always so difficult to capture in the same way it looks to the naked eye. Rarely do the photos encapsulate the true beauty and essence, waah!