HOW TO: Mermaid Glitter Tears Reviewed by Lima on Wednesday, May 13, 2015 Rating: 5
Makeup MUA

HOW TO: Mermaid Glitter Tears

Hello! I've been living in my new house for about 6 months now, but in a weird way I still get that 'new house' vibe f... 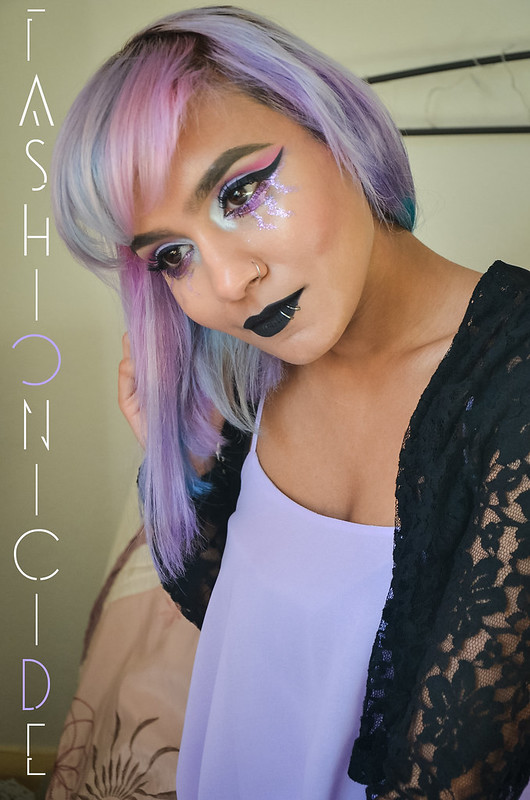 I've been living in my new house for about 6 months now, but in a weird way I still get that 'new house' vibe from it. Probably because when we moved, I never really did that whole spring cleaning thing where you chuck out all the old junk you don't want to take. Oh no, I took it all! But a few weeks back I finally summoned the courage, yes courage, to do some spring cleaning of my make up.

It was a harrowing experience, going through at least 6 years worth of collected makeup. It was full of products that I'd bought ages ago, tried once or twice and hated yet decided to keep for no apparent reason - but even worse were the products that I loved at one point that were no longer usable. I said a little prayer for those ones.


Anyway, the last drawer to tackle was the drawer of infamy. The drawer of Miscellany. Yep, those odd little makeup bits that aren't quite blushers, aren't quite eyeshadows nor lipsticks either. They're the freaks of makeup, the impulse buy that makes it home in the bag hoping to be loved, but completely uncategorisable, and therefore forgotten.

Well, I came across the MUA Luxe Glitter Palettes that I purchased about a year ago, maybe(?) Maybe even longer to be honest, I just don't know. I purchased two of these in different shades, each palette containing four glitters priced at a mere £4. I can vaguely recall trying one of the shades on top of my eyeshadow when I first purchased and absolutely hating it. 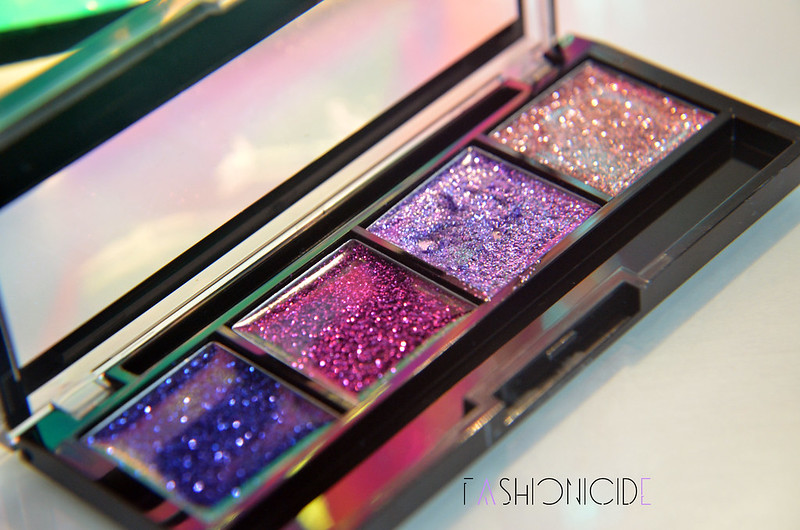 But in defense of impulse-buying Lima, you can see why I bought them. In the pan, they look simply stunning. The glitters are gel-based, which is to say they are actually glitter mixed with gel, so within minutes of applying over eyeshadow, it creased! What's the point of that?

Now that I'd 'rediscovered' them though, I was captivated by their sparkliness. There just had to be a way to make good use of them. I had a little bit of a lightbulb moment. Lately I've been digging that fake coloured tears look, usually I achieve that with bright, metallic eyeshadows - so why not do it with glitter?!

I opted for the MUA Luxe Glitter Palette in Twilight and there's no prizes for guessing which shade I went with - Lilac! 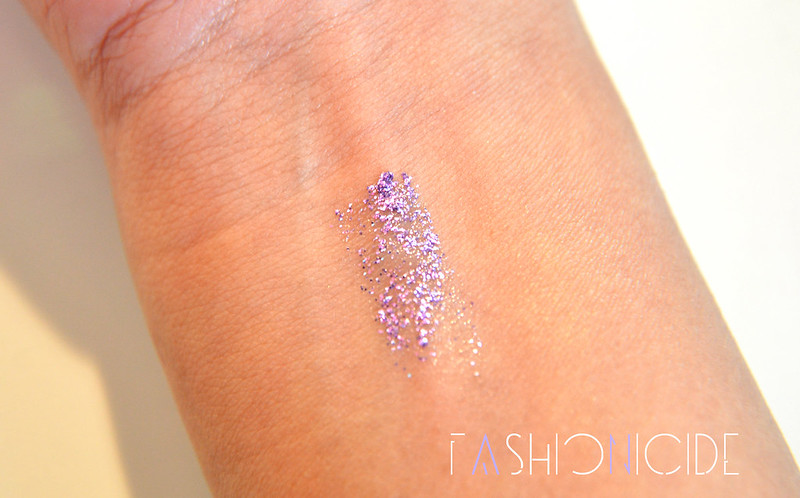 I grabbed by MAC 219 Pencil Brush and dabbed all the way along the under-eyes, connecting it with my black liner. I then drew on some squiggly vertical lines from the liner downwards. The glitter isn't quite intense enough so as soon as the gel dried - which doesn't take long by the way - I dabbed on a bit more over the top of it to give it the intensity I was looking for.

It's as simple as that! 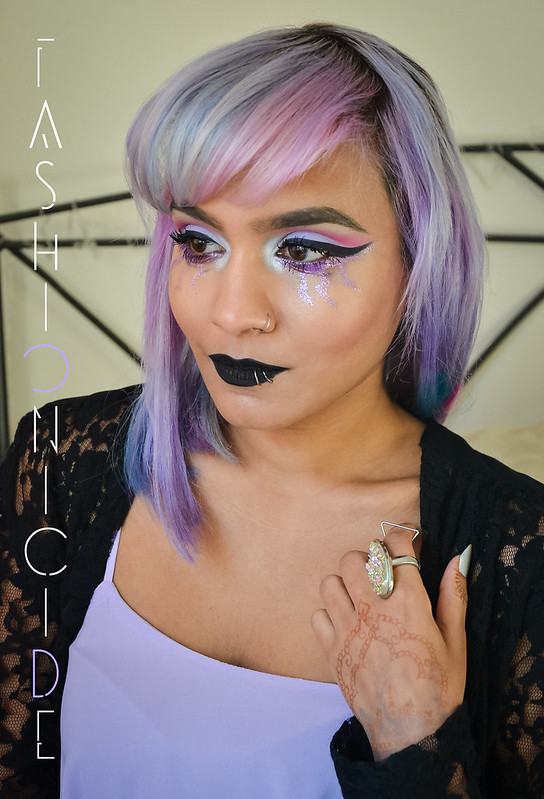 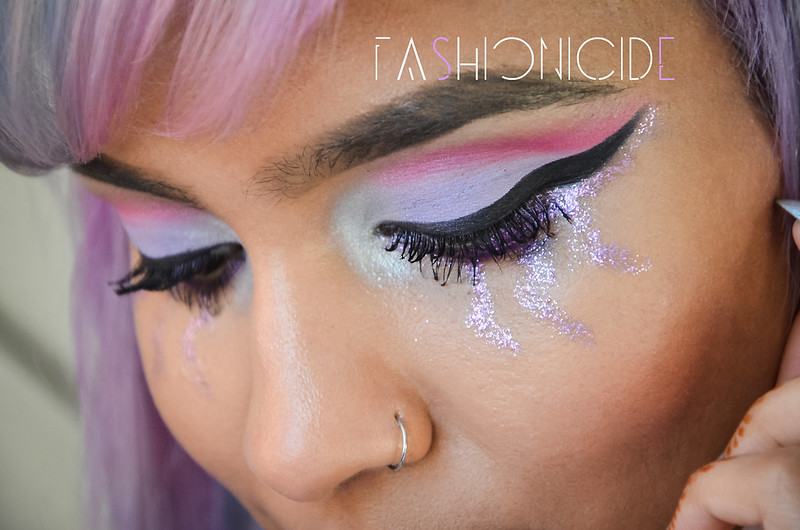 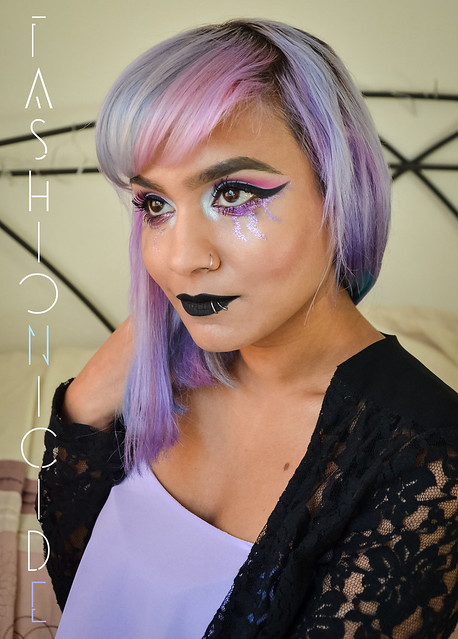 Ironically enough the very thing that made me hate MUA's Luxe Glitter Palette in the first place, the immediate creasing, actually made this look work better. Instead of having flawless looking perfect glitter tears, they have this real, raw look!

How glad am I to have not thrown this away?! Ha!

I'm also looking to try my hand at some lip art, which is something that's starting to become more and more popular. I've already made a few attempts but I'm thinking that these glitter palettes will be perfect for it.