MAKEUP TREND | How to Create The Under Eye Dot with Eyeliner Reviewed by Lima on Monday, April 06, 2015 Rating: 5
DIY illamasqua Makeup

MAKEUP TREND | How to Create The Under Eye Dot with Eyeliner

Starting to get back into the swing of blogging and maintaining my various social media profiles, whilst working in a full time job a... 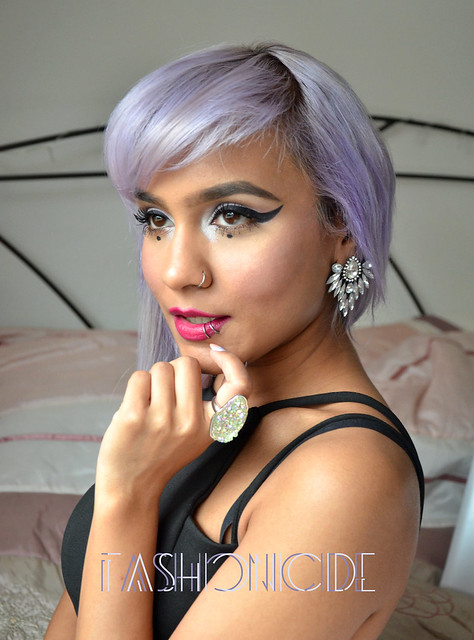 Starting to get back into the swing of blogging and maintaining my various social media profiles, whilst working in a full time job at the same time! I've done it all before but it was quite a while ago and I'd completely gotten out of the routine.


Anyway, those who also follow my Instagram account will have seen a photo I put up a week or so ago, accompanied with a promise to blog about my makeup routine. Over two hundred of you liked the photo, so I thought I'd better get my act together and make good on that promise!


The look I was referring to is the one I actually use most weekday mornings, so it's an 'Office Look' if you will. I'm now working in a super-professional environment, so my attire and my makeup has to match up with that (I draw the line at my hair!). For that reason I've been rocking some plain makeup looks of late, and me being me, I was getting bored pretty quickly and looking at ways to spice it up without mortally offending any office jobsworths.

Then I remembered an article from Elle I read about the Under Eye Eyeliner trend. I've been experimenting with Under Eye Liner for ages now so that's nothing new, but one thing I hadn't really tried was the simple Under Eye Dot. I'm surprised I didn't give it a go earlier, as it kind of reminds me of Face Lace's Splasheets I blogged about some time ago. 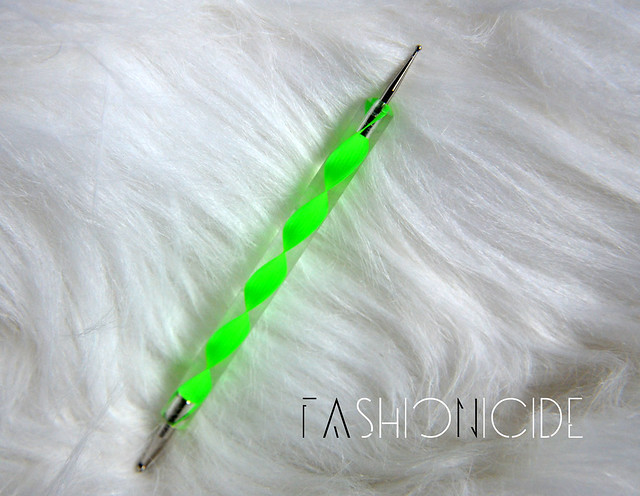 Fortunately enough I'd purchased some nail art dotting tools a while back, though I'd never used them for their actual purpose as it hit me that unless you do something truly amazing, nail art is a bit 'Meh!' So they'd been sat there in the pack gathering dust for a couple of months, and after a few attempts at a dot with a standard eyeliner brush I just realised it wasn't going to work with that. 'Why not try those dotting tools?' I thought. 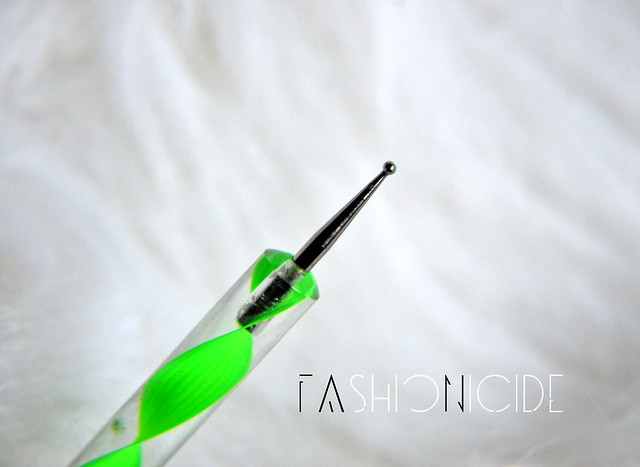 Eyeliner brushes just aren't firm enough to make a convincing dot with, I found it always ended up looking a bit potato-shaped - not a good look! But with the dotting tool the dots are pretty much perfect, though a steady hand is still required.

The actual technique is not massively complicated: using Illamasqua's Precision Gel Liner I dipped the dotting tool in, ensuring the ball tip was covered evenly. Then gripping the tool like a pen, place a dot on your chosen spot under the eye. Very, very gently repeat until you have a nice circle - et voila!

Just be careful with the tool though, you don't want to stab yourself in the eye! 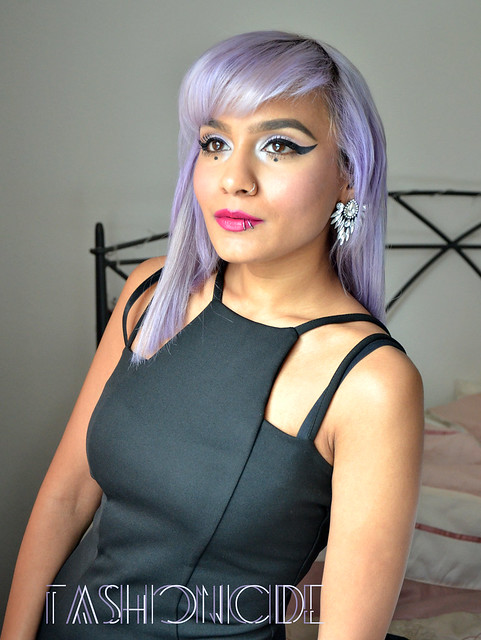 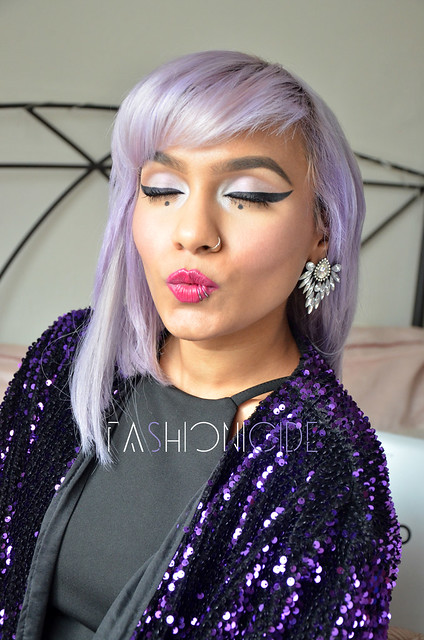 The dot looks so simplistic, but it's amazing how it seems to change the entire shape of the eyes, and as it draws a lot of attention it makes it possible, perfect even, to forget about applying eyeliner to the top line. It works equally well with both adventurous and plain eyeshadow and with or without mascara too. In this look, my dots are black, but I've played around with various other colours too and tend to find it just works!

So what are you waiting for? Try it out for yourselves and share the results!

Now that I'm back in work and back into a routine, I should be blogging at least once a week from now. Trust me though, I've got loads of photos in reserve just waiting for words to join them! Have a great (shortened) week!