Hi hi hi! Hasn't Ramadhan just flown by this year? I guess we say that every year though, time marches on endlessly and if you ... 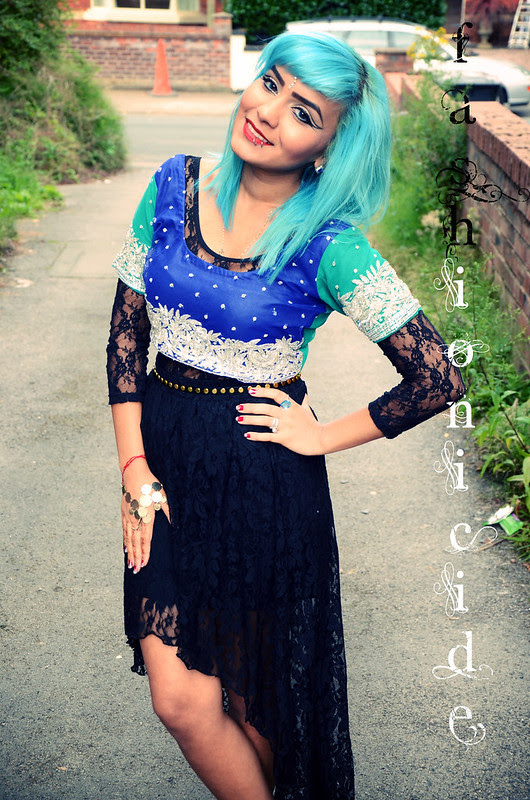 Hasn't Ramadhan just flown by this year? I guess we say that every year though, time marches on endlessly and if you look away for just a fleeting moment, you'll find days or weeks have passed without you realising. Perhaps the delerium of working in a non-AC building in 30C temperatures without food or water for 18 hours each day played its part, but at times I felt like I was that car in the music video for Snow Patrol's 'Open Your Eyes' - drifting around at high speed in a bit of a daze!

Still, I was sad to see Ramadhan end. Those of you who aren't Muslim might wonder why on earth we'd be sad to see it end, but to find out the answer to that question all you have to do is spend a day fasting with a Muslim family and you'll see why - the atmosphere is just so special.

Last year pretty much all Muslims celebrated Eid, or the end of Ramadhan, on the same day. This might not seem like a big deal but believe me it rarely happens. This year there was a bit of a split, as Saudi declared they had sighted the new moon, when all the science indicated it was most likely only possible to see it in South America. Other countries, like Oman and Pakistan didn't sight it until the next night so we were split a little. Either way, Eid had arrived! :)

Usually in the UK we find out about the end of Ramadhan a few hours ahead of time, so this usually prompts every Muslim in Britain to go out and do some last minute Eid shopping - at the same time. Groceries for the big meal, sweets for desserts, toilet paper for the aftermath, presents for relatives that announced a last-minute visit, guys getting their trademark 'no back and sides' at the barbers, renting out fast cars, girls getting in some last minute eyebrow threading or facials or even a new outfit...

This year though, I made the (slightly) controversial decision to not buy a new outfit. Ok, be honest. How many of you just spat out your coffee in shock? Seriously though, I own way too many clothes and I'd been thinking this Ramadhan how we all go out shopping for a brand new Eid outfit every single year. I didn't want another disposable Indian outfit that would only ever be left to gather dust afterwards.

So this year I paired last year's Eid Ul-Fitr top from my Sari (known as a Choli) and paired it with my new favorite laced dip hem skirt from Forever21. Beneath the Choli, I wore a lace sleeved top all wrapped up with a gold studded belt. I think the outfit sums me up pretty well actually - bright, fun and a mixture of Eastern and Western influences.

That's quite important for me actually, as I often get asked what ethnicity I am or 'Where are you from?' I guess if you're not from a minority background you may not understand exactly how frustrating that can be sometimes, it's almost as if it's a qualifying question that will determine the nature of any future interactions whether that be with Asian or White people. Me? I'm Indian, but 'home' is Britain and being both Indian and British can be a challenge.

I love both Western and Eastern clothing. I love my skirts, vests and dresses but I also love my Saris, Bindis, Mehndi and even the occasional Kameez but often we stick to just one or the other, why can't we have both? Yesterday, I had my cake and ate it (in more ways than one!) 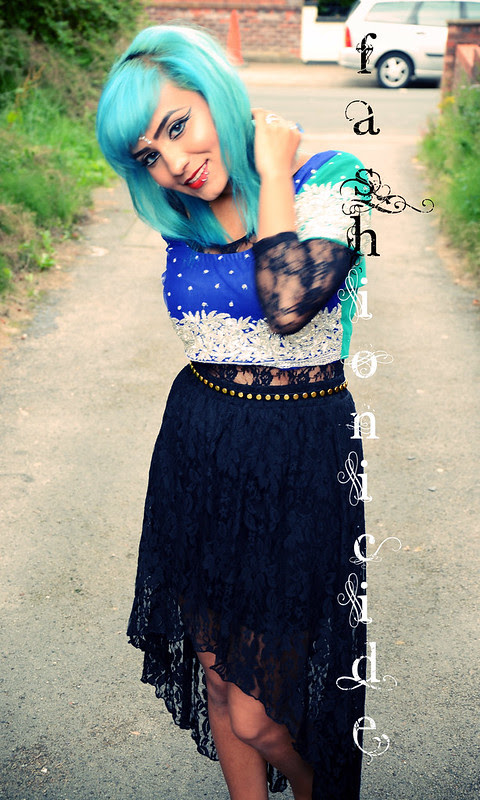 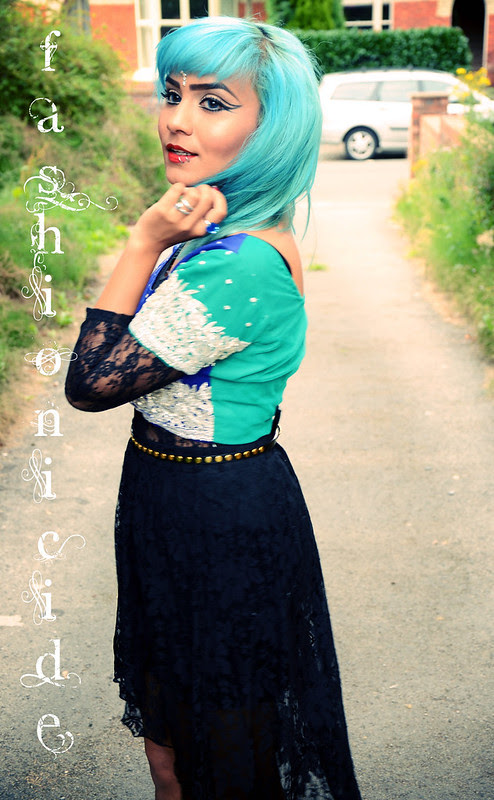 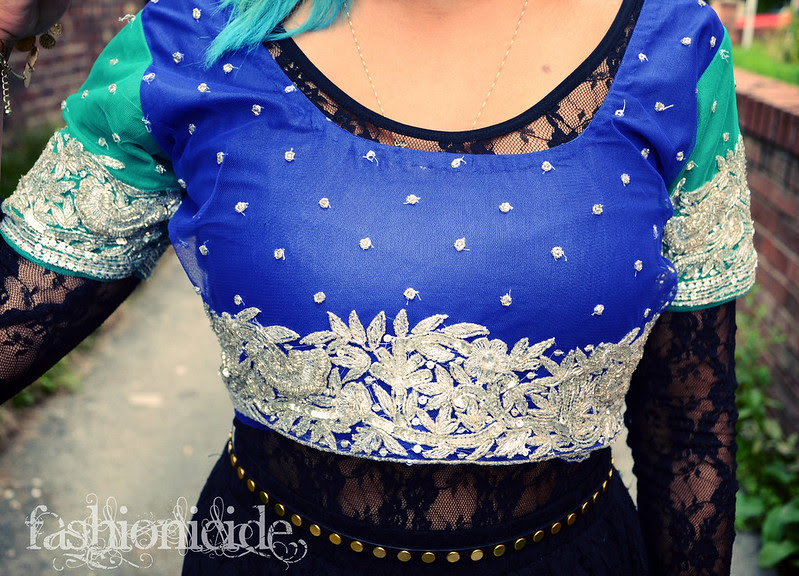 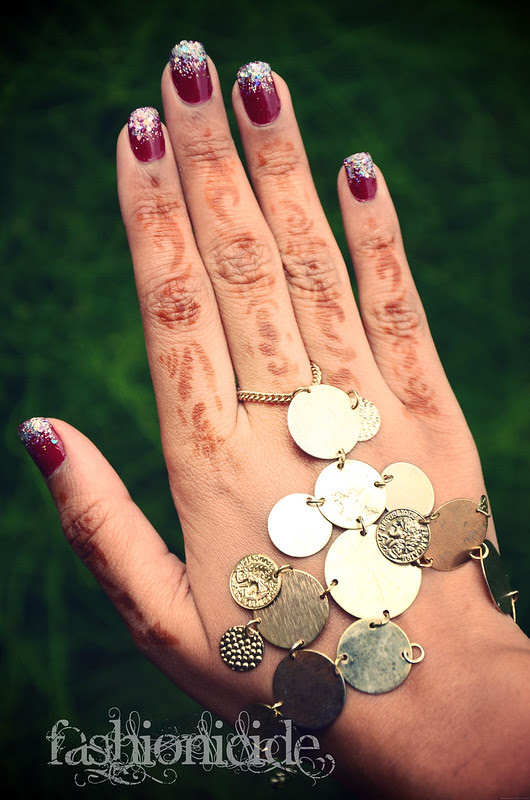 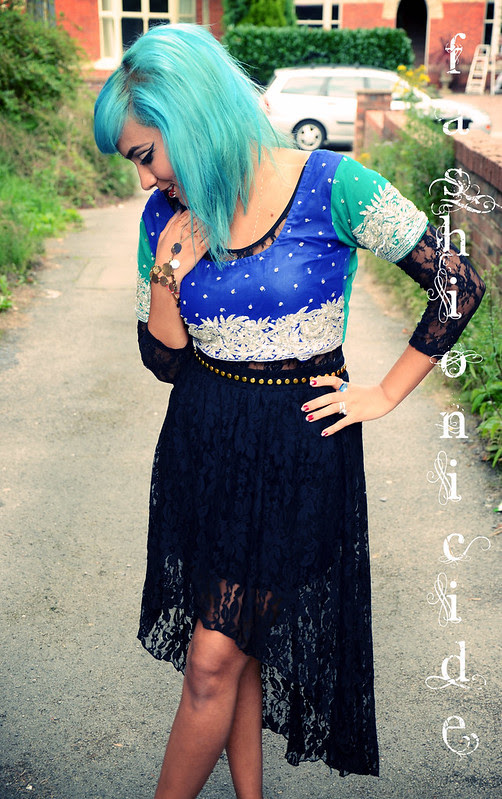 I bought the Hand-Harness last year and every time I look at it, I think how it looks like it's a chunk from a Belly Dancer's belt, ha!

As for the outfit, I was a little surprised at just how well these two cultures fused together. I've definitely found a new use for the rest of my Cholis. Whatever this path I'm on is, It's totally new. And I like it.