I've been fascinated with the ocean ever since I was a young girl. It's common knowledge that 70 - 75% of the earth's surf... 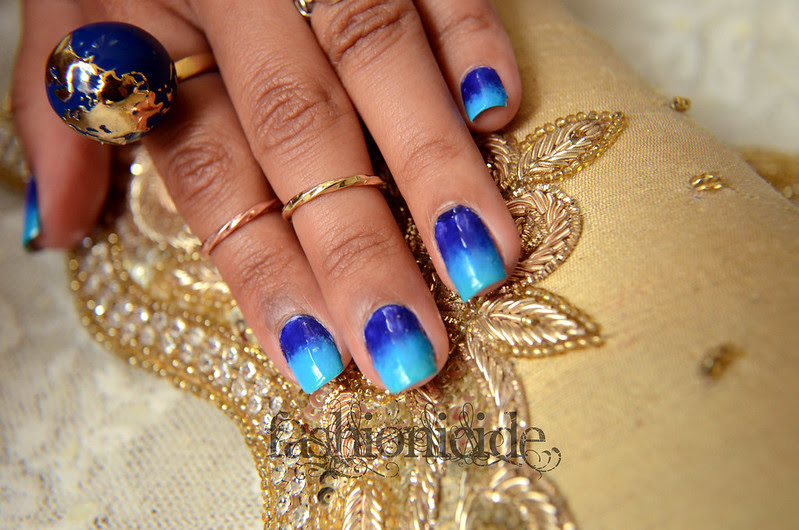 I've been fascinated with the ocean ever since I was a young girl. It's common knowledge that 70 - 75% of the earth's surface is made up of the ocean yet somehow we find ourselves knowing more about the surface of the moon than about the depths of our seas. And there's something quite alluring about the mystique that surrounds the unknown, hence my fascination!

One of the great things about the ocean is the variation in colours and shades: swirls of light blues and greens from the water and coral in some places; deep, dark, terrifying blues in others. So as a little beauty-based homage to our beautiful oceans, I decided to give Ombre Nails another go. 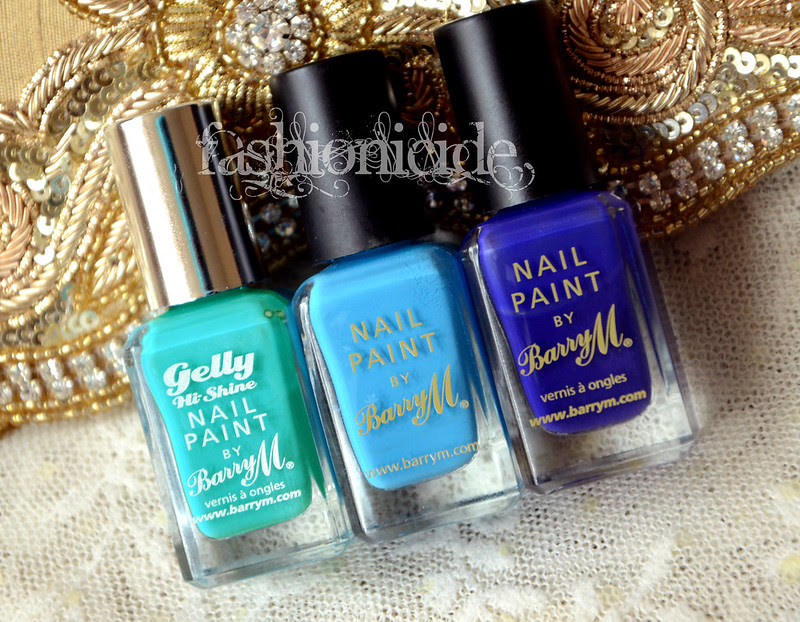 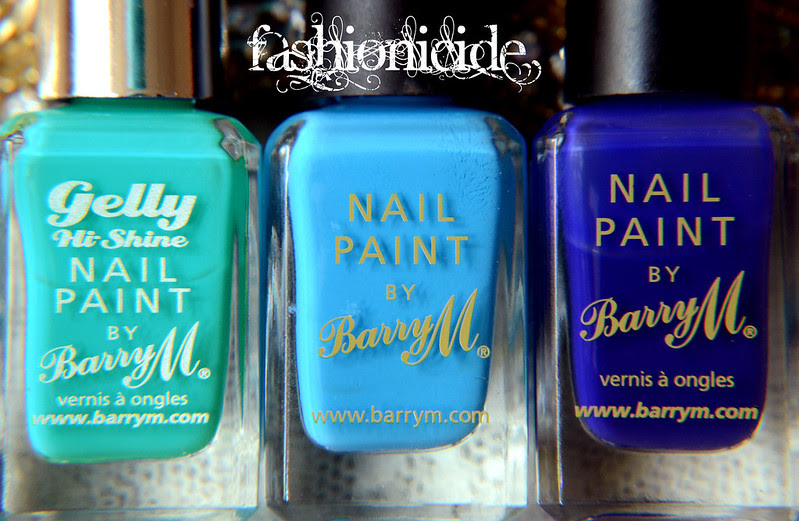 Whilst Barry doesn't quite have that same mystique, he definitely doesn't disappoint either with his range of shades! The Gelly range has a number of unique colours with a super glossy finish. It's a shame the longevity is pants, else it'd be near perfect.

I forgot to include it in the picture, however I also used Barry M's Matt White as a base. I applied two coats of this stuff to make it opaque and left it to dry. 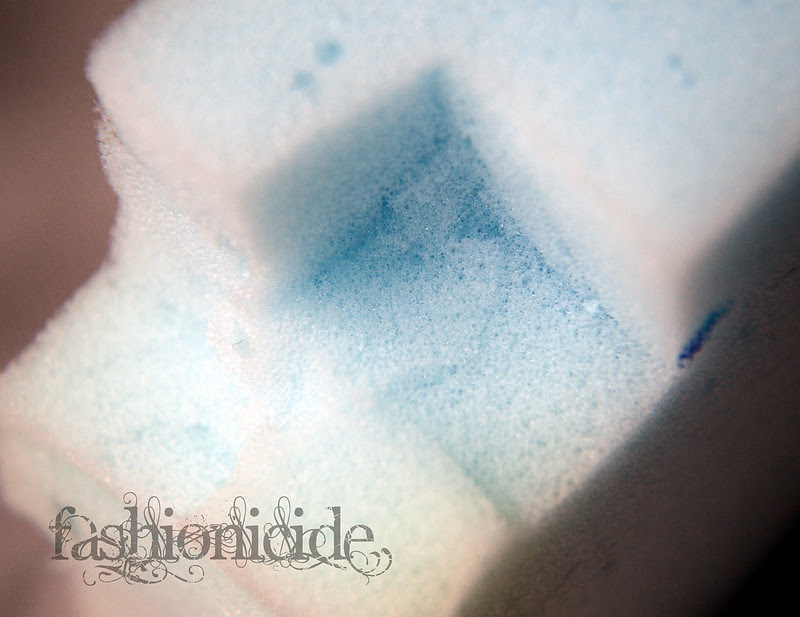 I purchased a cheap bath sponge at just under £1 and cut a small chunk of it out. The size doesn't really matter as long as it covers the whole nail. And by the way, once you've finished with it, it makes a great toy for kittens! I applied a generous amount of each colour, lined up next to each other on the sponge. Then I began dabbing the sponge directly on to the nail, moving it up and down slightly to blend the colours into each other. Of course sponges have loads of tiny little bubbles in them, leaving the nails a little bumpy, so to iron out these bumps I applied two layers of top coat

At this point the nails will look messy as anything as the colours will have rubbed off onto your skin around the nails. I used to peel these bits off in the shower, but now I use an old eye-liner brush, dipped in nail polish remover and brush over the messy edges. 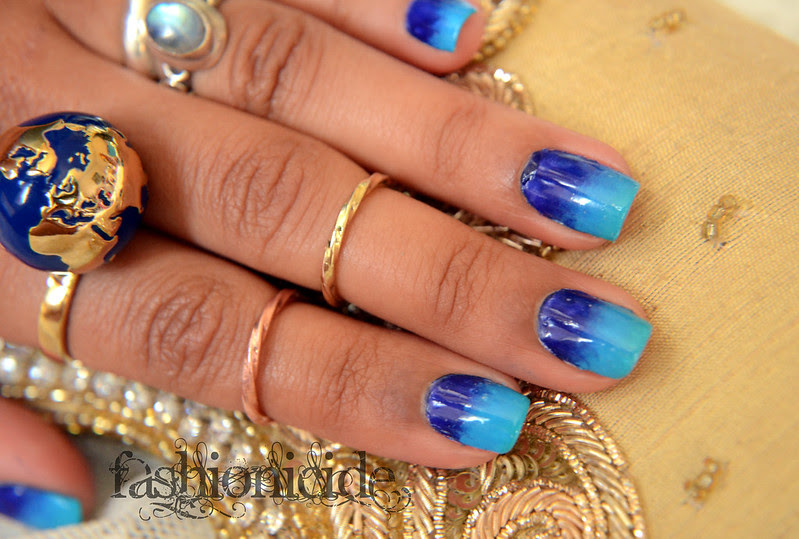 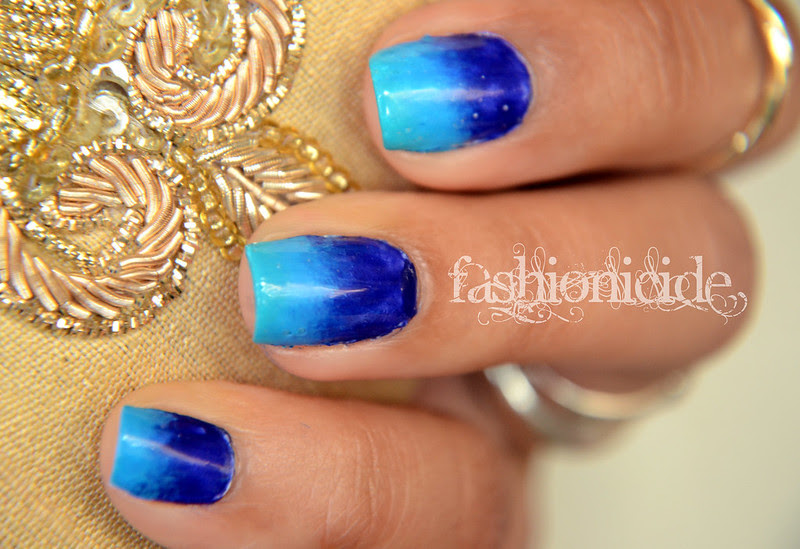 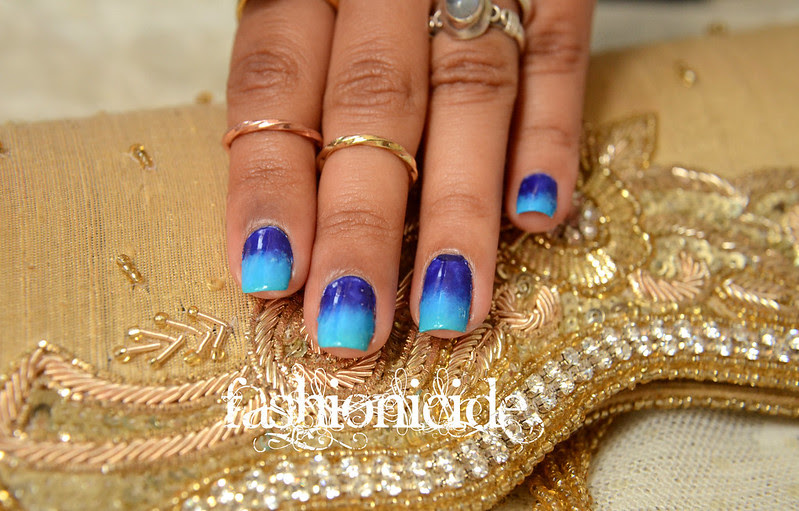 I have to admit that I'm not very good with nail art, but I'm really surprised how easy it is to ombre nails, and it looks so good!

Once I've finished with the bath sponge I'll most likely purchase a make-up sponge instead. I mean it's great and everything but I think the flatness of the make-up sponge will make the whole process even easier!

What to try next?

I'm a fan of Astronomy too. Perhaps Galaxy nails? ;)