So we're right at the beginning of that time of year they call 'Festival Season', a season that seems to last from April thro... 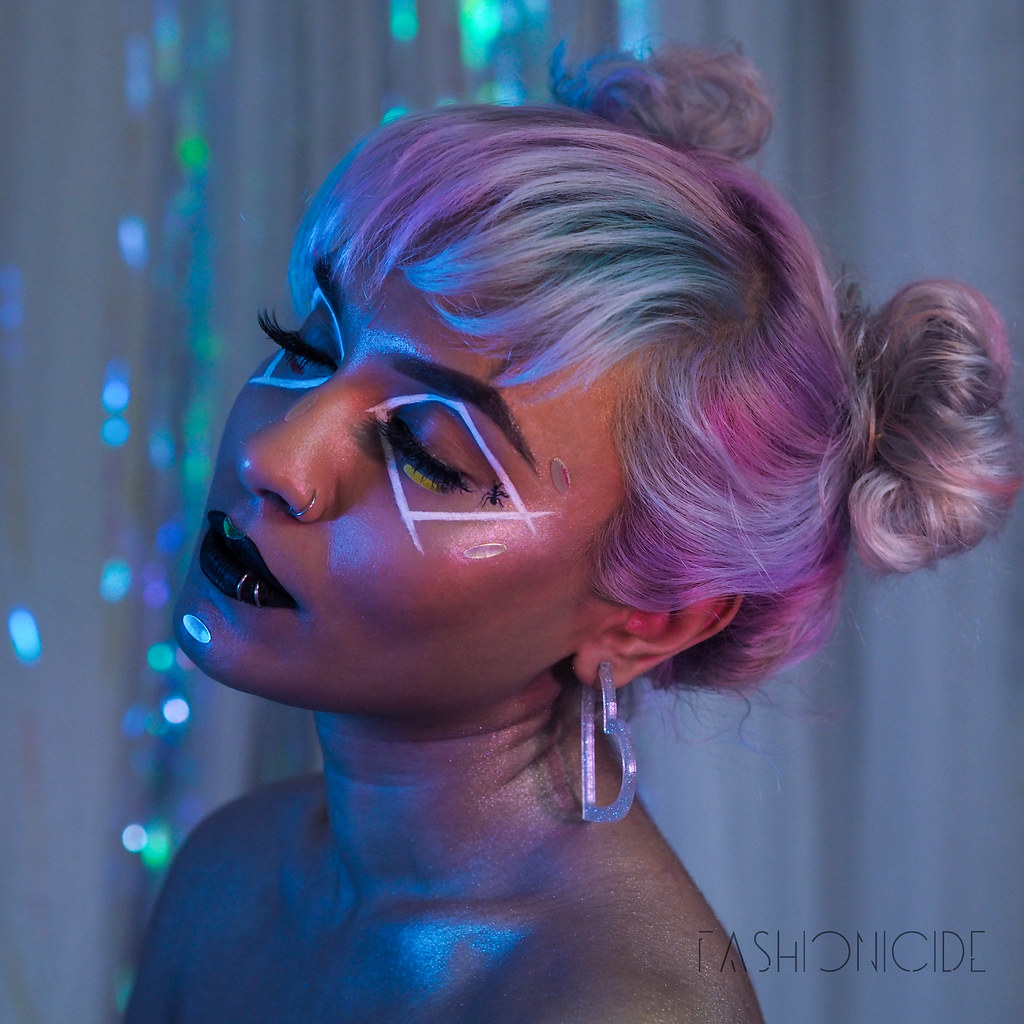 So we're right at the beginning of that time of year they call 'Festival Season', a season that seems to last from April through to September, which is almost half the year. Anyway, Festival Season usually brings with it endless fashion and makeup tips that don't really seem to be all that different from last year, or the year before, or the year before that, etc...

And I have to say that I really dread hearing or reading that word: 'Festival.' Don't get me wrong, there aren't many things better than being sat in a field, drenched in sun, listening to your favourite bands with your favourite people. But what fills me with dread is the annual appropriation. Of course, it's only natural that festival goers would want to look as effortlessly cool as possible, but appropriation does the exact opposite.

We've had bindis, Native American Headdresses, Cornrows, Saris - I'm trying to think what might come next, Hijabs?? Seriously though, it makes me feel so frustrated that so many ignorant 'Bitches be like' parade all over the show appropriating various cultures without giving it a second thought. And of course, why would they? Because the appropriators have never been on the receiving end of systematic, institutionalised oppression, so they 'don't see colour' and they definitely don't see the abuse that people born into the cultures they appropriate have faced all their lives, simply for being a part of that culture.

Unfortunately, ignorance sells, so I don't see this coming to an end soon. Once upon a time, these festival trends were part of the alternative scene, but as is typical with these things, it's now becoming part of the mainstream. Our best hope is that they eventually become bored and move on to the next fad, because I get the feeling there's no way in hell they'd ever take stock and realise the error of their ways. 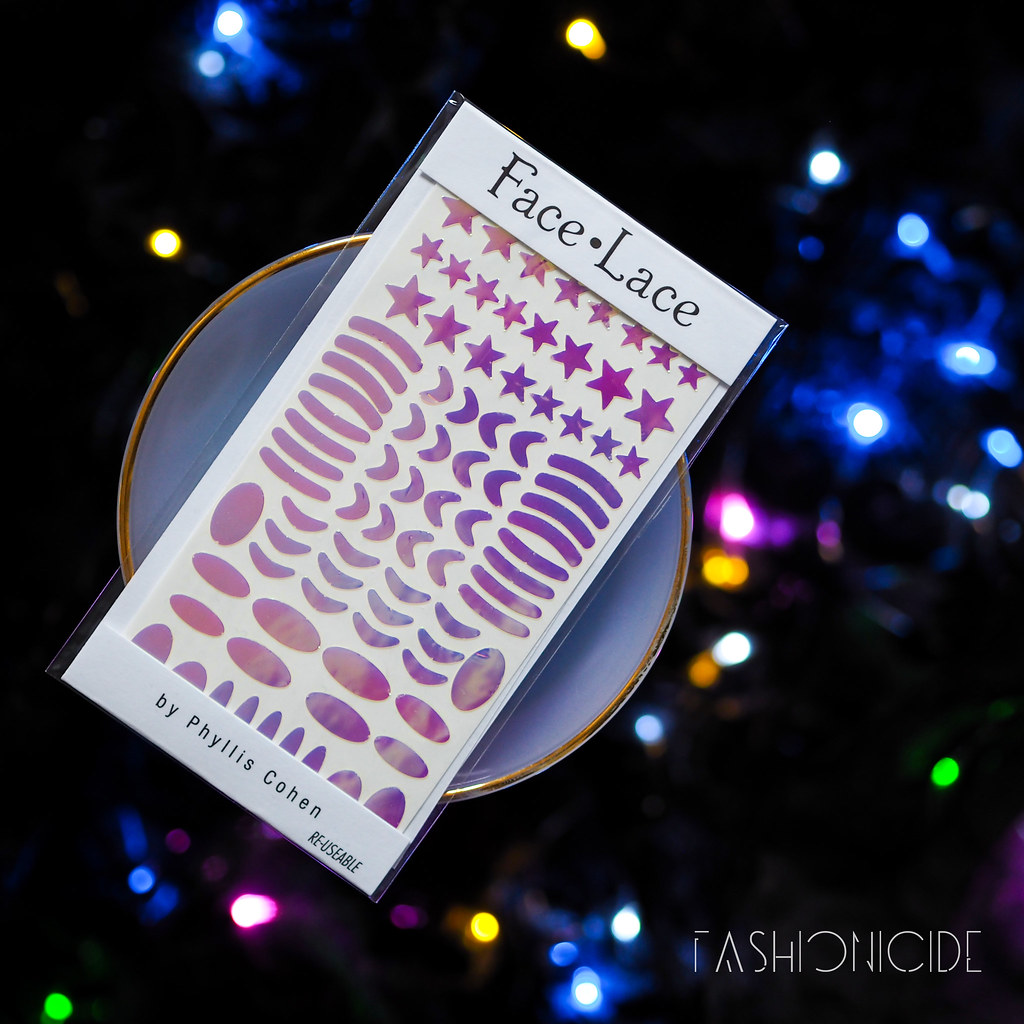 BUT, there is another way to look effortlessly fucking awesome, without insulting vast swathes of the global population. Yep, Face Lace have released their *Dazzledots. Put simply, it's a sheet full of iridescent shapes for the face, to compliment your makeup looks by adding a severe dosage of dazzle. The great thing is, they're reusable. So unless they fall off and land in a Glastonbury-esque puddle of muddy water, you can take them off at the end of the day, and slap them back on the next morning. 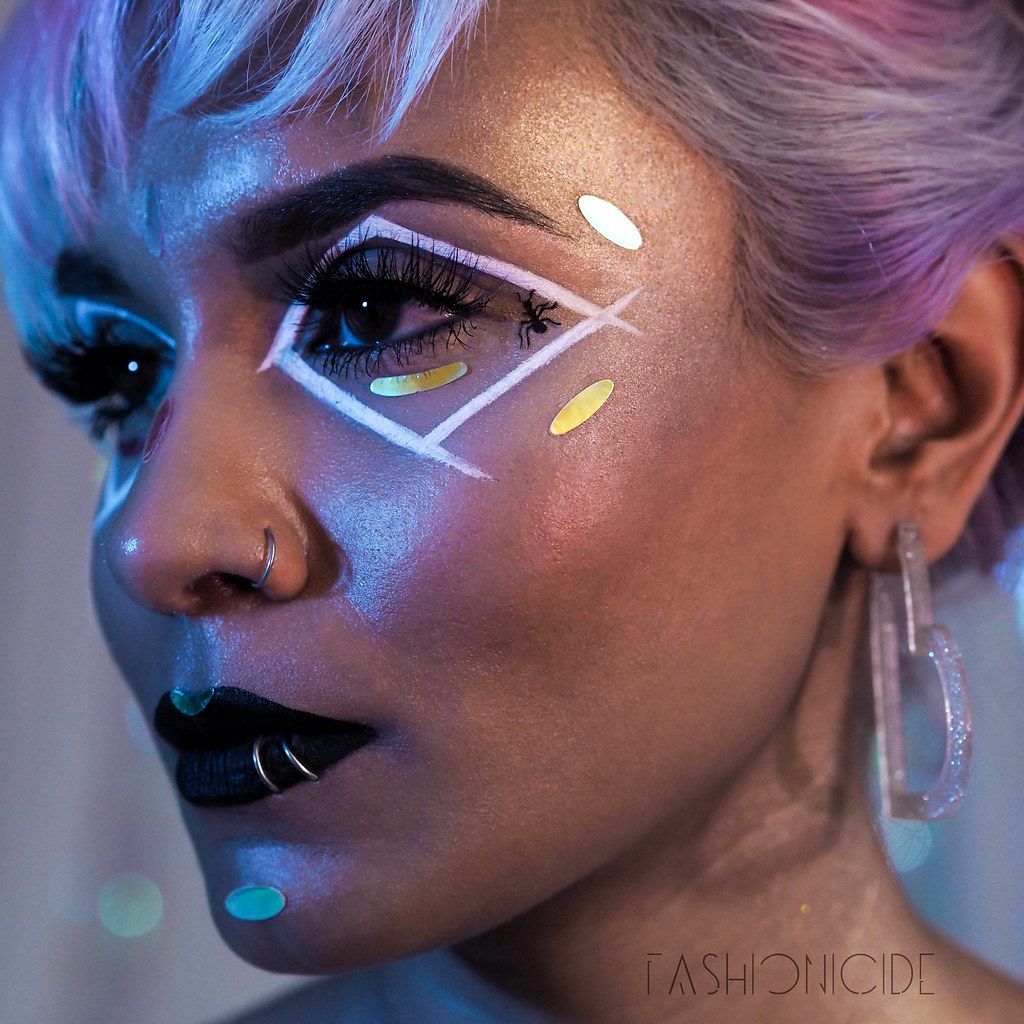 The stickers included on the dazzledots sheet come in a range of shapes and sizes that can really add to your looks. My current favourites are shaped as such that I use them as alternatives to a cupid's bow highlighter and an inner corner highlighter, but there are a few others that can be used as liner both above and below the eye.

Not only are the stickers reusable, they also seem to deal pretty well with my oily/combination skin too. Usually, if I wear anything with adhesive on my face, it tends to fall off before the day is out, but with Face Lace, I find that they stay in place! 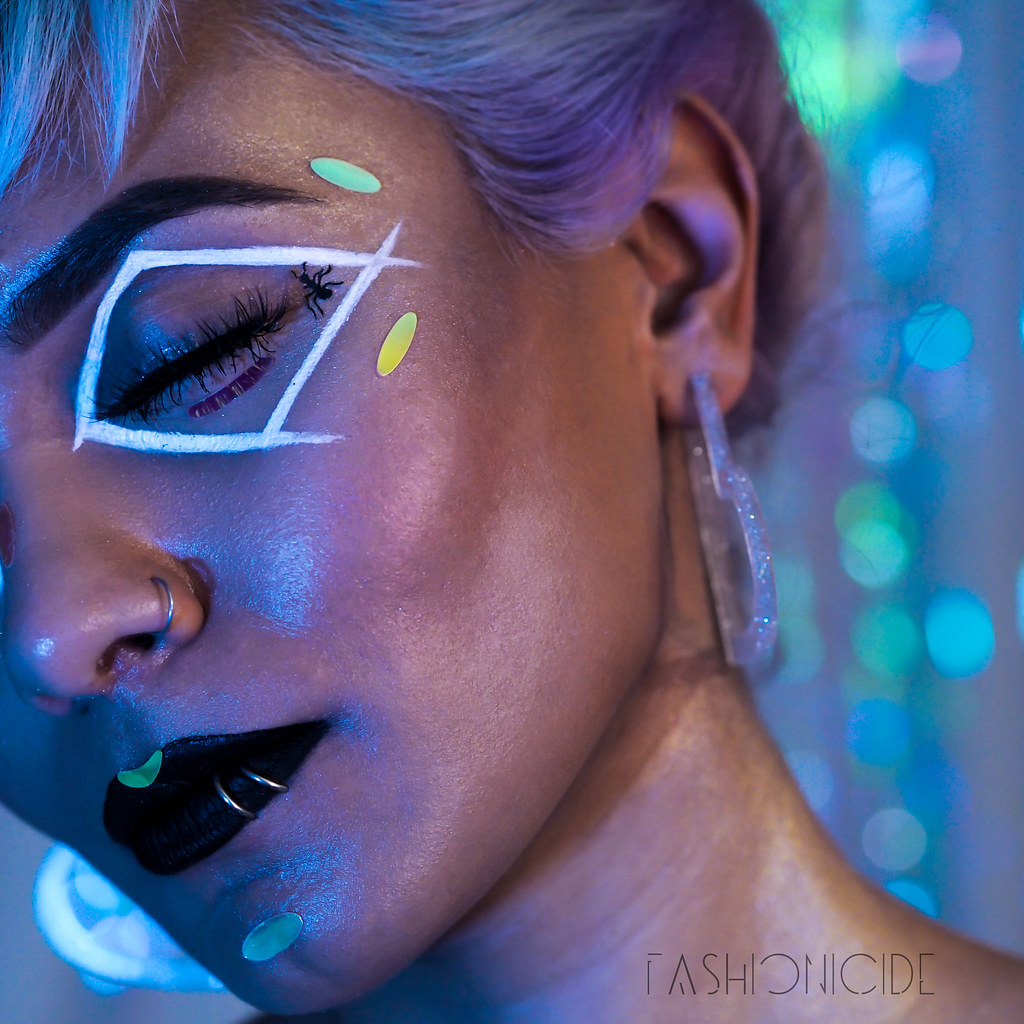 Face Lace's Dazzledots will set you back just £12.95, and can be purchased from their website **HERE**