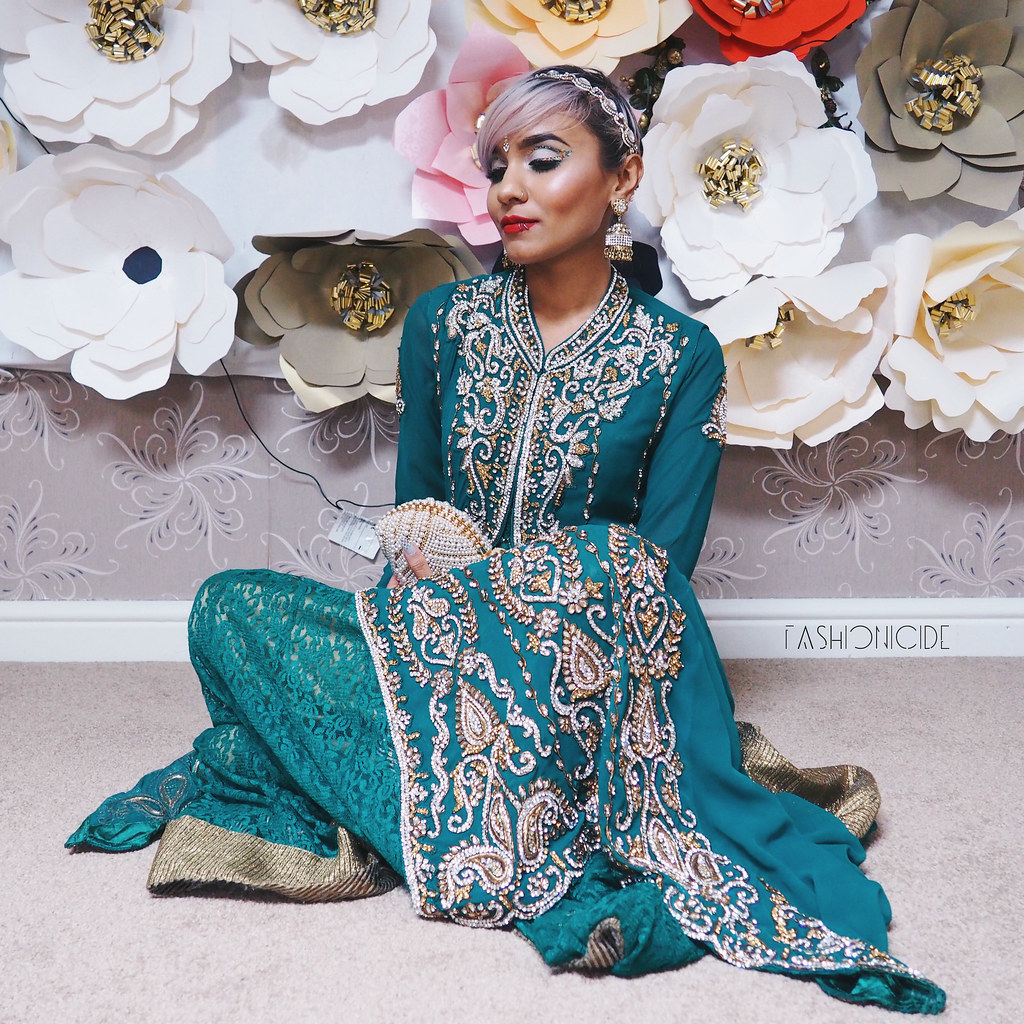 So Eid Al Adha fell on the 12th September, I'm pretty certain the entire Muslim world breathed a huge sigh of relief after it avoided falling on the 11th. Can you imagine the uproar in certain gutter elements of the press had there been images of Muslims all over the globe celebrating on the anniversary of September 11th? Although to be fair, a few of them were already getting in on the act a few weeks ahead of the day. Oh well.

So what is Eid Al Adha? And does it have anything to do with the Hajj pilgrimage?

I won't get too religious on you here, because let's face it, most of you just want to see the outfit and/or the makeup, but I think it's nice to give a little background at least. Eid Al Adha falls during the Hajj, and forms a part of it. Usually an animal is slaughtered in your name (not every single year though), you take a portion of the meat for your household and the rest is distributed amongst your neighbours and the poor, or you can just have it done abroad where it is all given to those who need it. Those taking part in the Hajj will have theirs distributed across the globe and given away as charity. Our family tend to have it done in the UK though, as it teaches the kids a lesson about where your food comes from, and not to take it for granted. 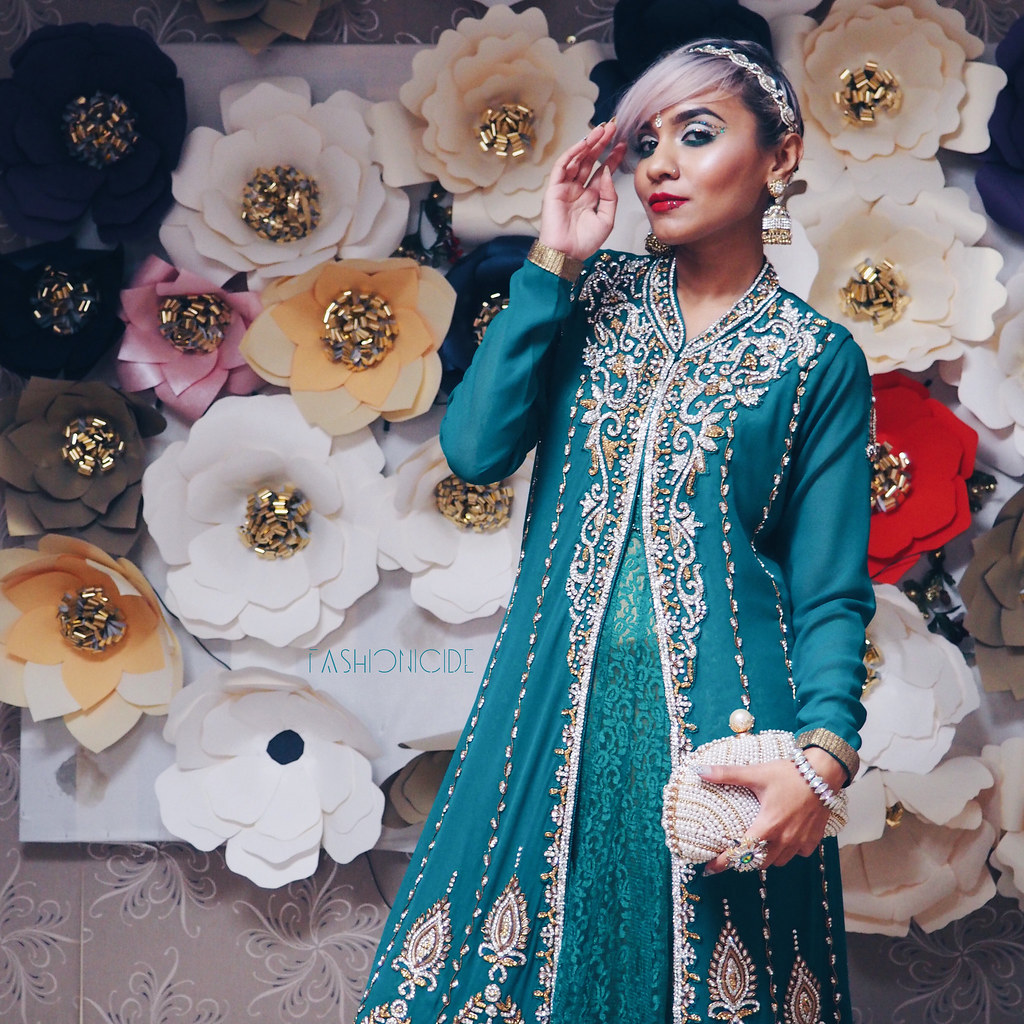 Now, on to the outfit! This Eid, I decided not to wear something new. It seems a little wasteful buying something brand new each year to wear it only once. Instead, I opted for an Anarkali with stone work on the sleeves and a heavy embellished long jacket on top. This was the outfit I wore to my sister's Walimah - Google that to find out what it is - and I loved it so much I just had to wear it twice! 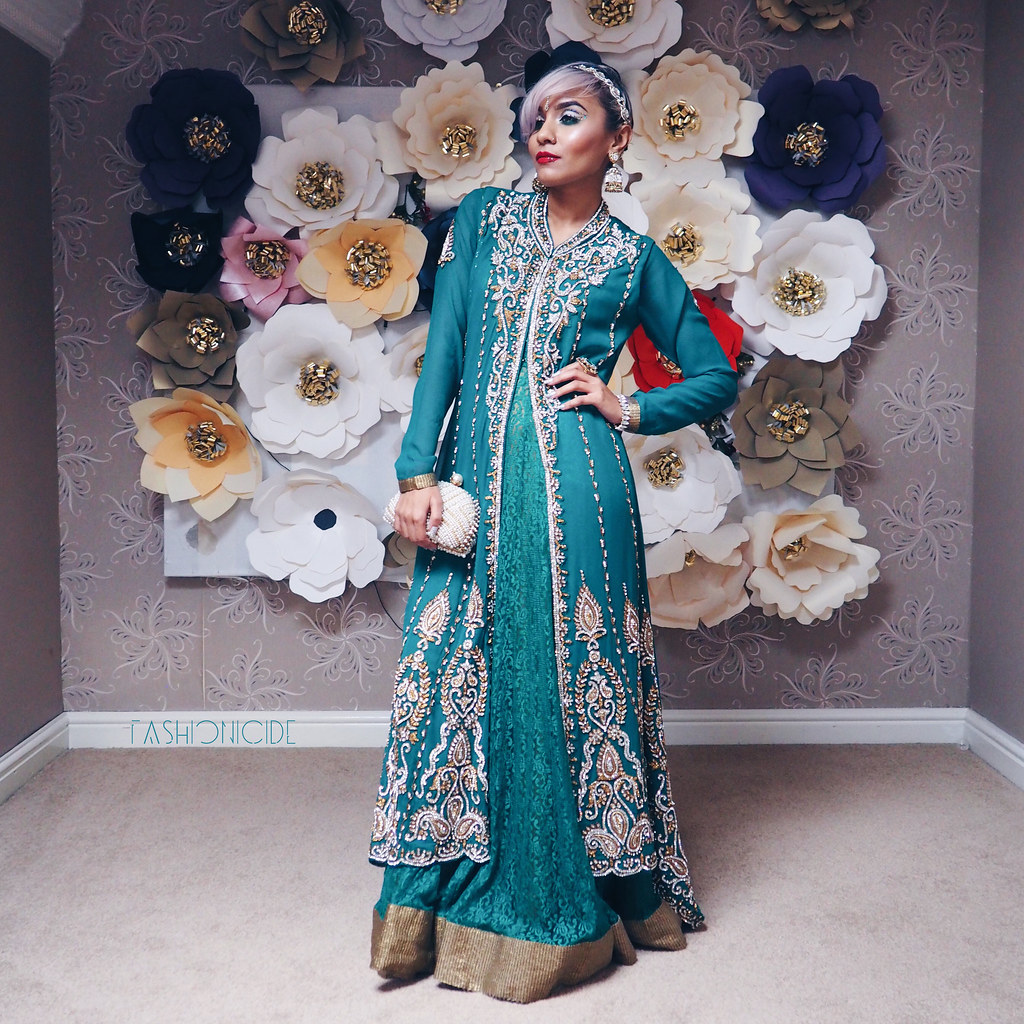 Overall the dress is pretty heavy and incredibly flarey, so whilst it's beautiful, it's not the most practical thing I've ever worn. In fact, to walk up a flight of stairs, I'd have to lift the dress up to my knees just to avoid falling over! And due to the length of the thing, you can't even see the killer gold heels I wore with it! 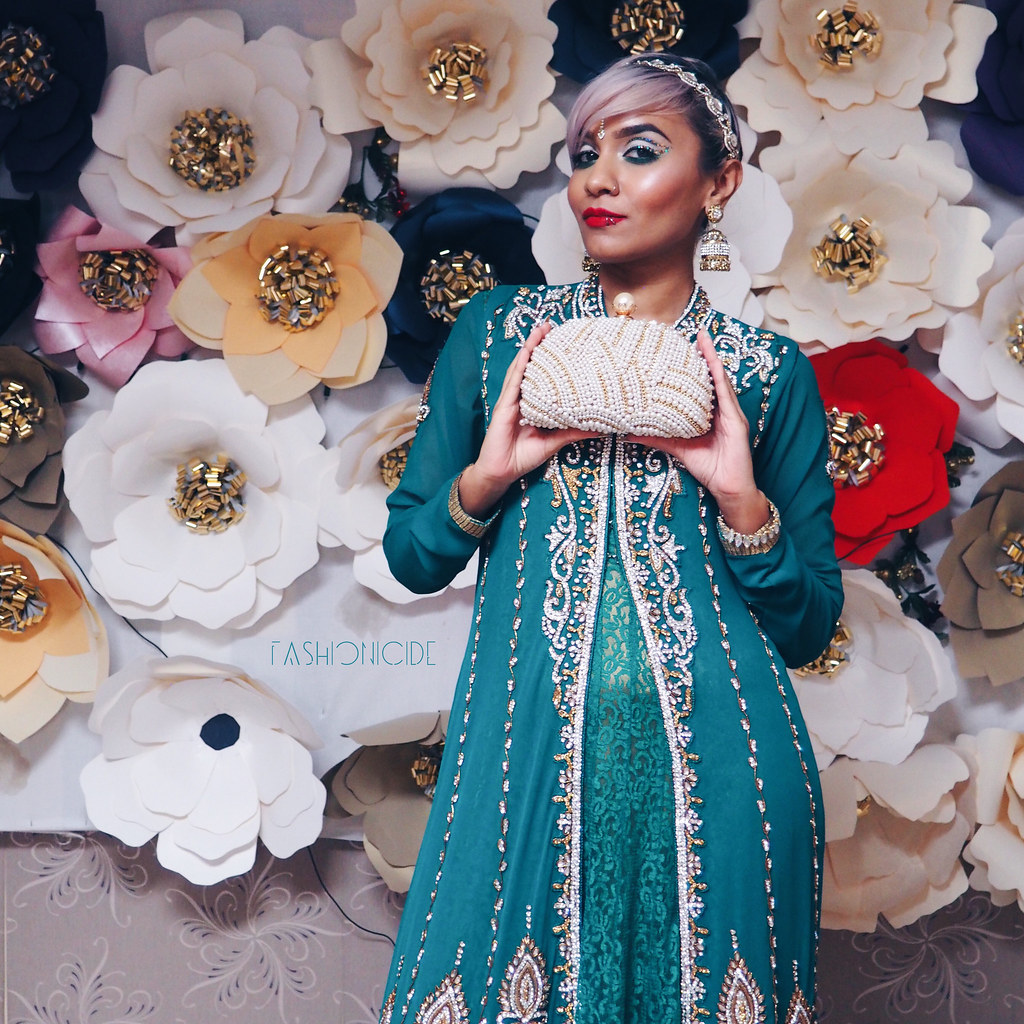 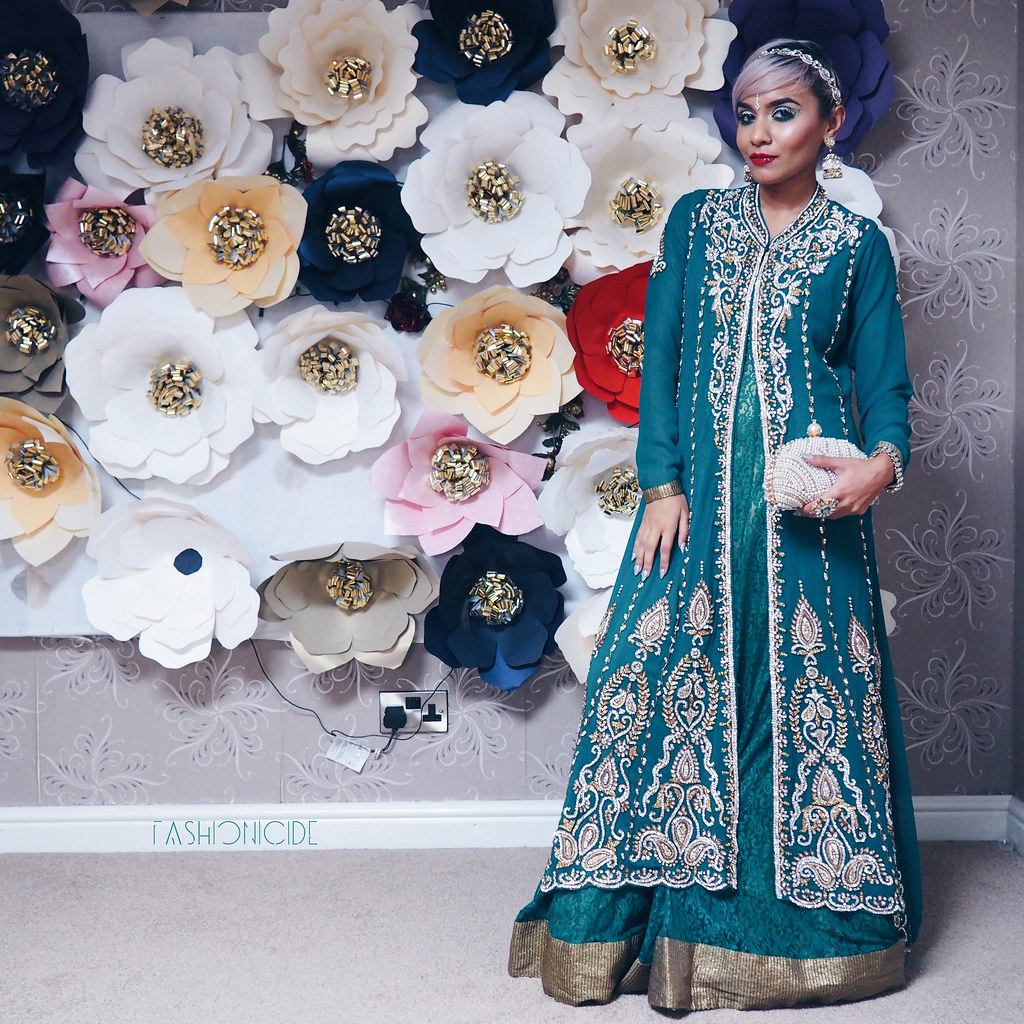 As for the makeup, I thought I'd go a little extravagant and experimental so I punctuated my tried and trusted 60s liner with sparkles of glitter, though I'm not sure whether it best resembles sequins or fireworks. I won't go into any detail here as to how I managed to pull that off, but I will be posting about it in the very near future so keep your eyes peeled! 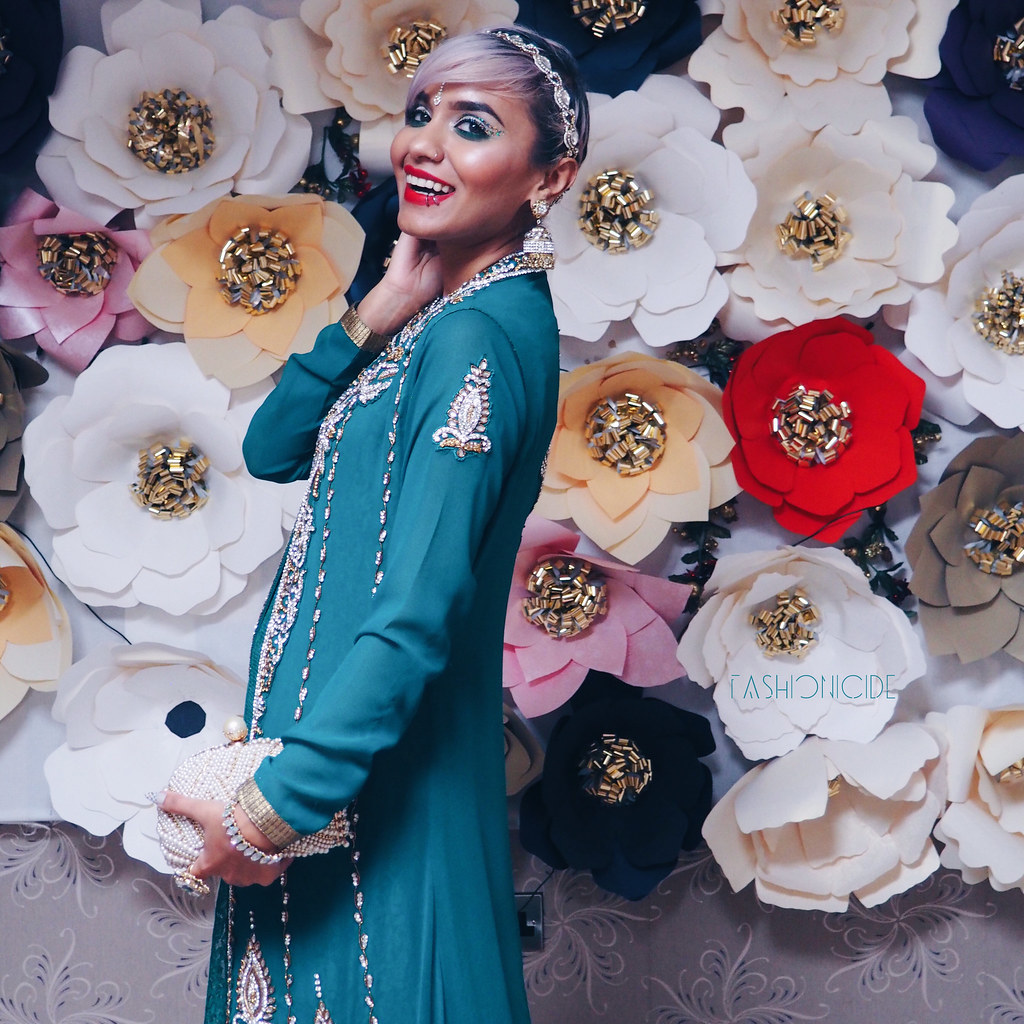 Finally, Eid is always a good time to remember just how old you're becoming. As each year passes by, you suddenly find yourself getting less and less Eid money, and you end up actually dishing some to the younger generation too. How did this happen exactly? When did I get old?!