Well, I have to say that it's about bloody time I reviewed this cream. I've been using it consistently for months now, and i... 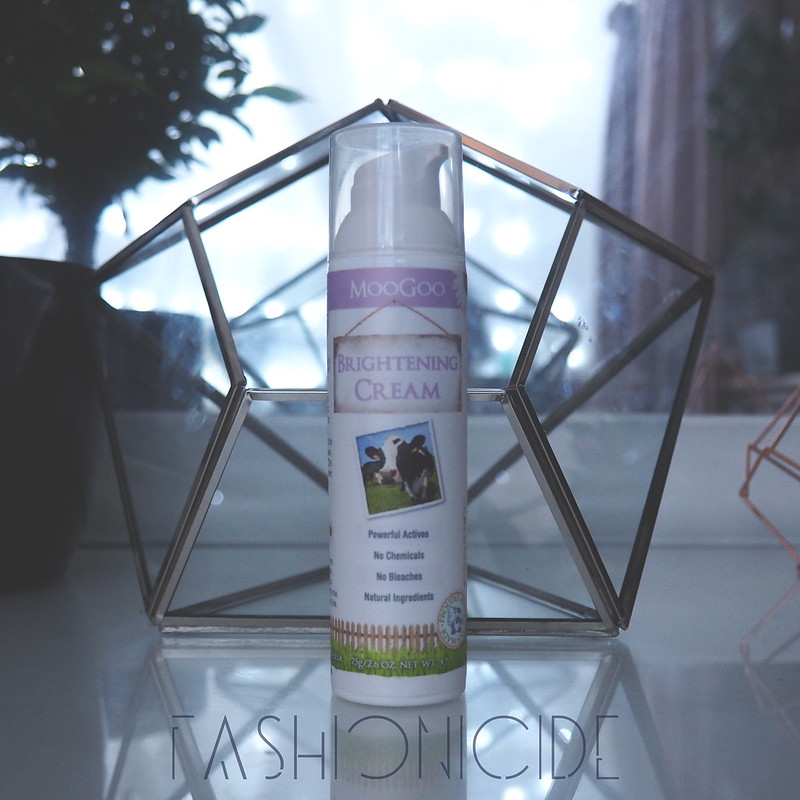 Well, I have to say that it's about bloody time I reviewed this cream. I've been using it consistently for months now, and it's pretty much on its last legs.

I first came across MooGoo last year whilst looking for something containing Vitamin C for around the eyes. My skin reacted really well to Perricone MD's Vitamin C Ester Serum, but the beauty junkie within me obviously had to seek out something different, something better perhaps. So I scoured the internet and found MooGoo. I think I was drawn in at first by the name, the simple nature of the packaging and had a little look around.


It turned out that they had their very own Vitamin C Serum - perfect! When I read the small print and saw it actually contained 30% Vitamin C, I was shocked! 30% is some seriously potent stuff! The brand originates from Australia, and the idea behind their first product was actually the founder's mother applying a thick cream to the udders of her dairy cows to keep them soft and supple. The formula was so good, she used it on her own skin condition and was then adapted to make it less thick and creamy and more suitable for human usage.

Thankfully things have moved on a bit since then, to the point they now have their own UK-based website, meaning I won't have to get the stuff shipped over from Oz. I purchased the Vitamin C Serum, as well as their Brightening Cream - anything with the word 'Brightening' usually ends up in the basket!

The products arrived in the post a few short days later, unfortunately not delivered by a Milkman (that would have literally made my day!), but within the parcel MooGoo had actually enclosed a hand-written note thanking me for my purchase and telling me what they love about the items I'd purchased. They also included a sample of the Udder Cream that started it all - so quite a nice touch from them.

But whilst I originally found them as a result of their Vitamin C Serum, and despite being intrigued by the Udder Cream, this review is all about the Brightening Cream. No prizes for guessing that it's supposed to gradually brighten the skin, even out uneven skin tone, reduce dark spots and hyper-pigmentation - just like every other brightening product out there really.

As I touched on before, the packaging is very simple. I don't really care too much about the packaging of products in general, as long as the product is easy to extract from it and actually works the plastic on the outside is all superficial. That being said, I actually like the simplicity of MooGoo's packaging. It's humble, understated and relatively cute. It's a pump action tube, and really you'll only ever need a half-pump of this. 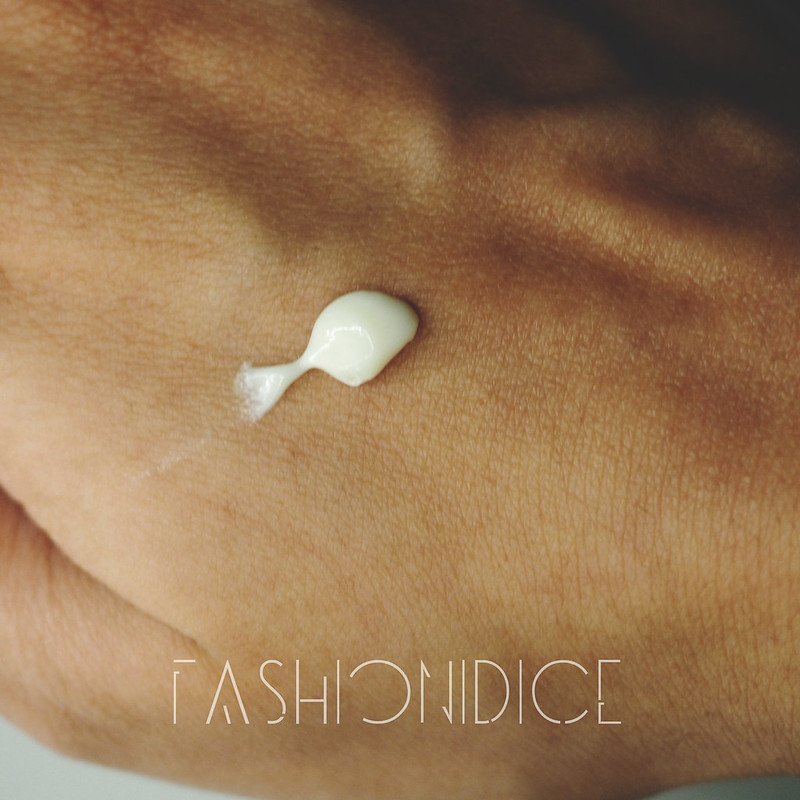 The cream itself is fairly thick, so when it comes to applying it I warm it between my fingers to thin it out and make it easier to apply. MooGoo advise to use this cream straight after cleansing and onto damp skin. The only problem with that is it puts it into direct competition with my beloved Pixi Glow Tonic - and let's face it, there's no competition there.

So I ignored their advice a bit, instead choosing to apply the Glow Tonic, spritz a fine mist of water onto my face and then apply the MooGoo brightening cream. The next step would be to then massage it in to my skin for about 30 seconds until the cream absorbs in to the skin. The last step is the best of all - go to sleep and leave it on over night! :)

Straight fter applying, my skin felt really moisturised, but unlike standard moisturisers I couldn't see or feel that weird film that forms a layer on top of the skin - it just doesn't happen with this. You'll also notice the scent is very, very familiar. I couldn't put my finger on it for ages, but eventually it hit me - Mini Milk Ice Lollies! Remember those?

As my skin is oily/combination but partial to dehydration if I don't drink enough water, I can't really comment on its effectiveness for other skin types. But for my skin type, the level of moisture is perfect. I use this cream at night mostly, but every now and then I'll also apply it in the morning under my makeup. The non-oily texture and lack of a 'film' allows it to work pretty well as a base. I've loved the product so much, that I've been using it every night for a couple of months, and only now it's beginning to run out. 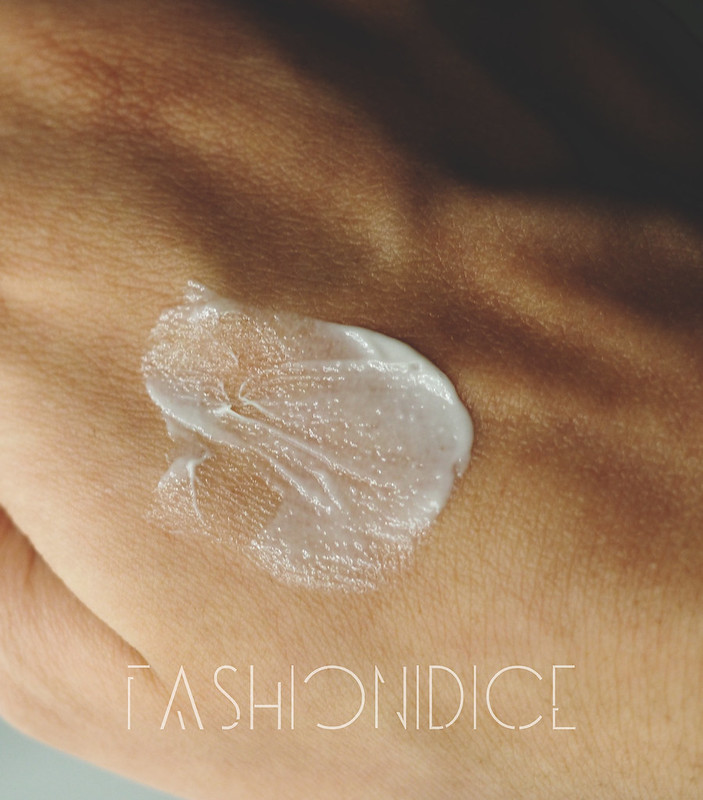 MooGoo themselves state that this cream brightens the skin gradually, and I have found this to be very much true. Within a month of consistent usage the results were clearly visible. My skin looked much more alive with improved clarity. The scars left behind by recent spots always fade away quite quickly anyway, but this seemed to speed up the fading ever so slightly.

Almost every Asian or Desi woman out there will know and feel the pain of hyper-pigmentation. With any brightening cream, you'd expect it to have some kind of positive impact on that, and MooGoo did, but only to a small degree. If you're after a product to make a significant difference on that front, this may not be for you. But for me, over the years I've come to accept this as a fact of life that I can't get away from. It doesn't bother me so much, so if it goes it goes and if it doesn't it doesn't.

For those currently fighting the scourge that is Milia, or with skin that is prone to it, this doesn't aggravate the existing milia or create new ones. Looking at the ingredients, I can't see any silicones in it, so you shouldn't encounter any problems with MooGoo's Brightening Cream. 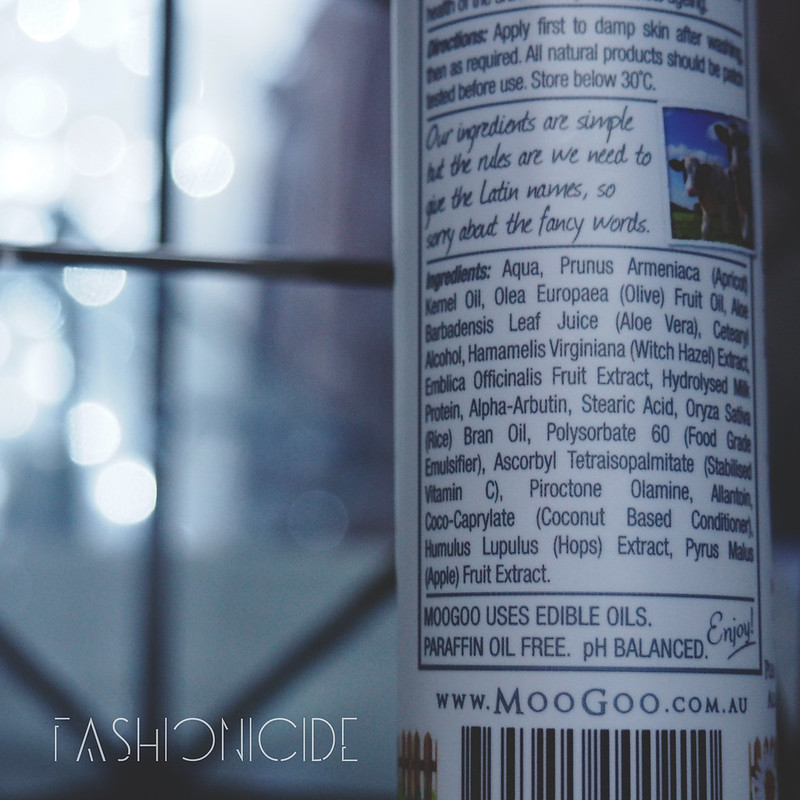 The cream retails at £16.90, which isn't too bad at all. It really is a unique product with a no fuss texture that delivers to a certain extent. Would I recommend it? That all depends on what you're looking for. If your aim is to brighten the overall appearance of your skin, I'd wholeheartedly recommend it.

If you're looking for something to tackle your hyper-pigmentation, it's difficult to say because everyone's skin is so different. It didn't really make great strides in that department for me, but if you flick through the testimonials on their site, you'll see there are a few happy customers. At under £20, it may be a worth a go!

And just remember, if you are using brightening products it's essential to use SPF - even if the sun is hiding behind the clouds. Those nasty UV rays still penetrate the clouds and your skin is more vulnerable to them with brightening creams on.

You can purchase MooGoo's Brightening Cream direct from their UK website HERE, as well as a whole bunch of other interesting looking products!