Hello m'dears!  Not so long ago, I made the classic makeup addict error. I was seduced by the variety of colours on offer in a... 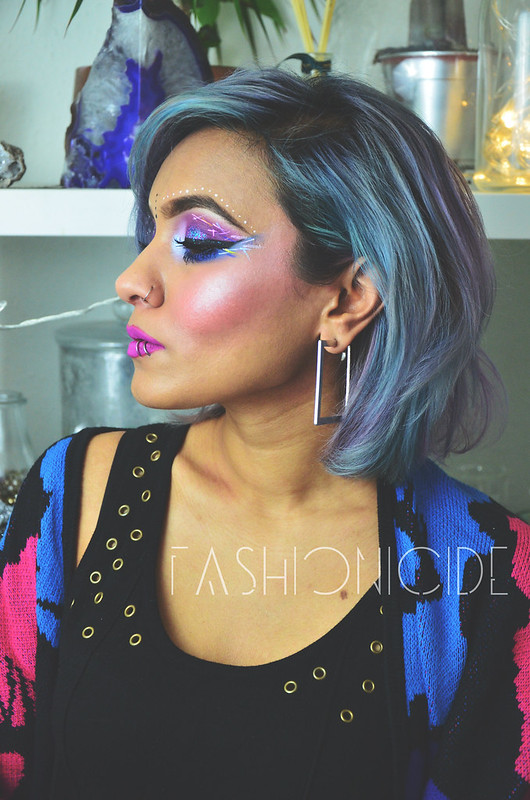 
Not so long ago, I made the classic makeup addict error. I was seduced by the variety of colours on offer in a particular range, and of course decided to buy the whole lot, more than I could ever want or need. At the time, this thought wasn't on my mind at all though, my mind was more like a moth to a flame: "They're so pretty!" And that was that. Bought.


I didn't have the dreaded post-purchase blues either, I wasn't wondering 'What have I done?' and I wasn't regretting it either. Until they arrived through the post that is. When I'd ripped open the packaging and laid them all out on the rug, they still looked pretty, but it's like the practical side of my mind started up belatedly and abruptly burst this bubble:

"What the fuck are you gonna with all those?"

And no, Practical Lima didn't hang around to sort out this shit-storm of a makeup purchase either, it just went back to sleep, leaving daydreaming Mer-Lima to make everything ok again. Mer-Lima all of a sudden realised that she doesn't really like Liquid Eyeliner, because it cracks all too easily. Damn it. I should take Practical Lima shopping with me more often.

But don't let a bad purchase haunt you forever. Don't let it become like 'The Tell Tale Heart' looking longingly you at you, laughing at you for making such a silly mistake, taunting you every time you do your makeup. No. Bad purchases only seem bad, because you don't like using them for what they're supposed to be used for. So what are you to do? Use them for something, a little different.

That's exactly what I did with these Liquid Eyeliners I purchased during the Lime Crime Black Friday sale. They set me back just $5 each, down from the usual $14 so I just couldn't resist! Instead of using these dazzling coloured liquid eyeliners to line my eyes as they're supposed to, I used them to create a new look. The only alternative was to just leave them in my makeup drawers, collecting dust until I need to clear up some space and eventually discard them, unopened, unused to the graveyard of poor makeup choices.

I tried the white one as a top liner, but it behaved exactly as I expected it to: within a few hours, cracks began to emerge. Disappointing if not unsurprising. But with Gel liner I tend to find it stays put, even with the poorer quality ones, they tend to fade away, instead of cracking. I much prefer the fading to the cracking, that's for sure. 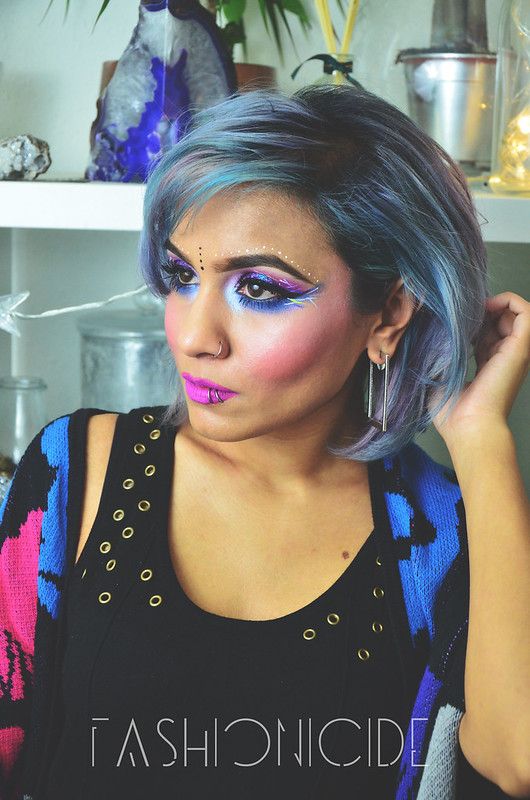 Anyway, for this look I used my tried and trusted Precision Gel Liner from Illamasqua as the actual Eyeliner, applied some gorgeous eyeshadow and topped it all off with several criss-crossed streaks of Lime Crime's Coloured Liquid Eyeliner. I used pretty much their entire range, with the exception of the gold - I just ran out of eye space!

The criss-cross look isn't technically difficult to achieve, you just draw on a selection of straight lines in different colours at random points around the eye, making sure some intersect with each other. The difficulty lies in picking the right colours and applying them to the right places to give you an inspired, fresh look as opposed to a mess. I think I managed to get it looking pretty good, and in a way they seem to resemble fireworks! 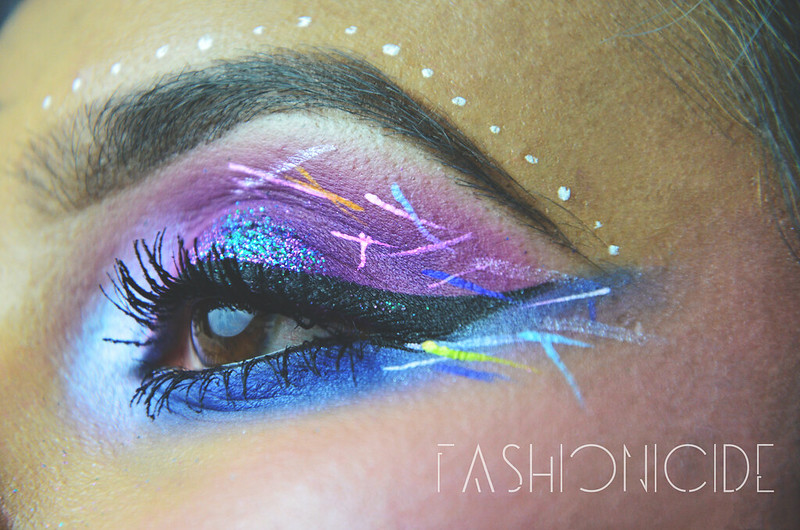 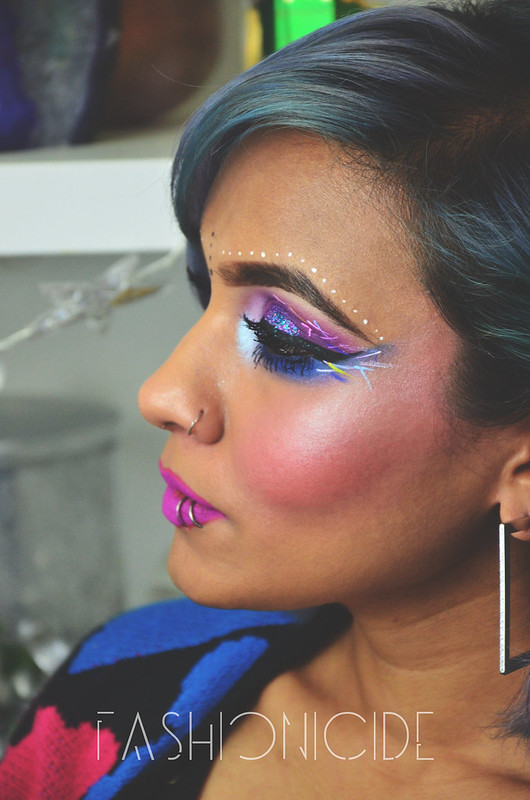 Lime Crime Velvetine in Utopia
I'm actually quite happy with the way this look turned out, specially as it was the first attempt - I had visions of awkward looking lines scrawled all over my eyes but it seems to compliment the bold, vibrant eyeshadow. Of course I couldn't just stop there though, so I added in a line of white dots above the brow and a line of black dots above the bridge of the nose. All in all, there's a lot of things going on, but they all come together very well.

Have you tried Criss Cross Eyeliner before? Or have you made some spectacularly bad makeup purchases? I want to know!