I feel like I’m on a bit of a blogging roll at the moment, banging out a couple of posts each week! But I guess that reflects the f... 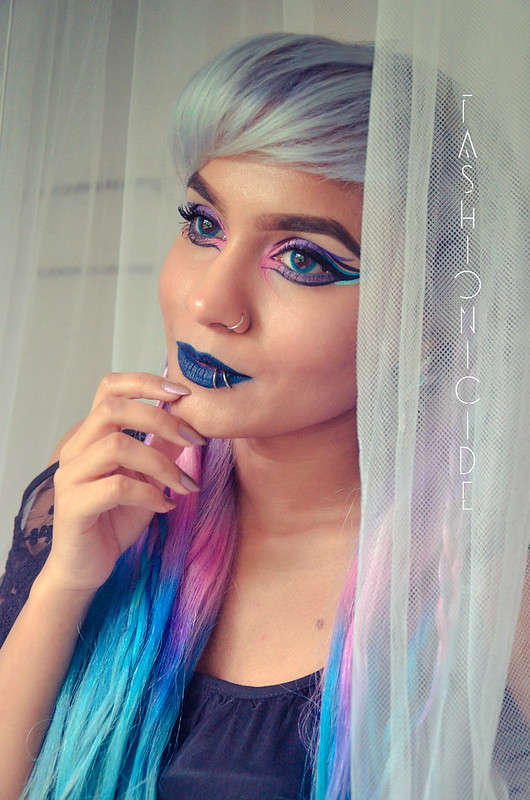 I feel like I’m on a bit of a blogging roll at the moment, banging out a couple of posts each week! But I guess that reflects the fact that I just have an awful lot of opinions floating around, jostling for position, in my mind and I need to get them out there. I tend to find that’s what happens when I’m working 9 to 5. It’s like a part of my brain is refusing to lie down and accept the mundanity of office life and wants to break free.

Makeup Revolution sent me this palette a couple of months ago, it’s called Mermaids Forever, and I have to say I really appreciate how kind the people there have been to me. I discovered them pretty early on in their life, and have really enjoyed the vibrance and the energy their products bring to the marketplace. I don’t ever feel like I need to review their products, but sometimes I think it’s only fair that I show you what I’ve been doing with their stuff.

From the moment I received the package and ripped it open, I had a good feeling about this palette, after all, it has a name that’s after my own heart: ‘Mermaids Forever’ it’s called. ‘Fuck yes’ I responded, aloud. As usual, there’s plenty of colours within the palette to play with, all with a metallic tinge, and it genuinely looks exciting and fun. Imagine then, my disappointment, when I gave it a whirl one morning and applied it over my lids and crease, only to find that the colour pay-off was just ok. It wasn’t anywhere near as vibrant as it was in the pan, particularly with the lighter shades. 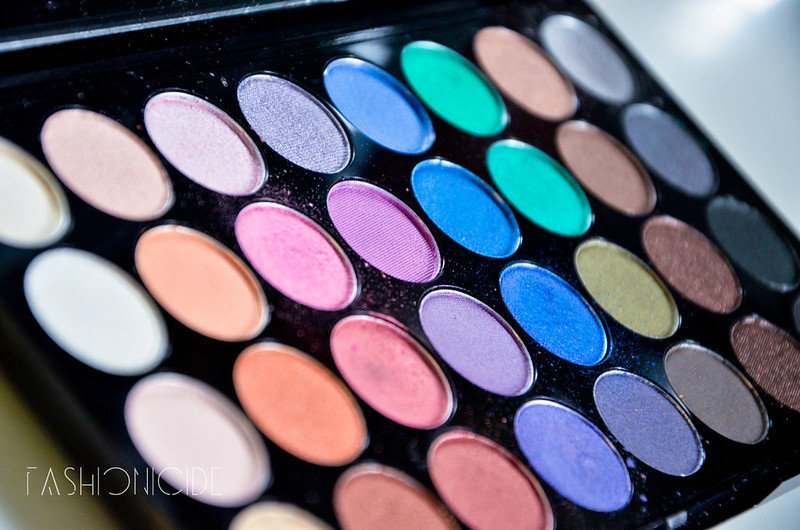 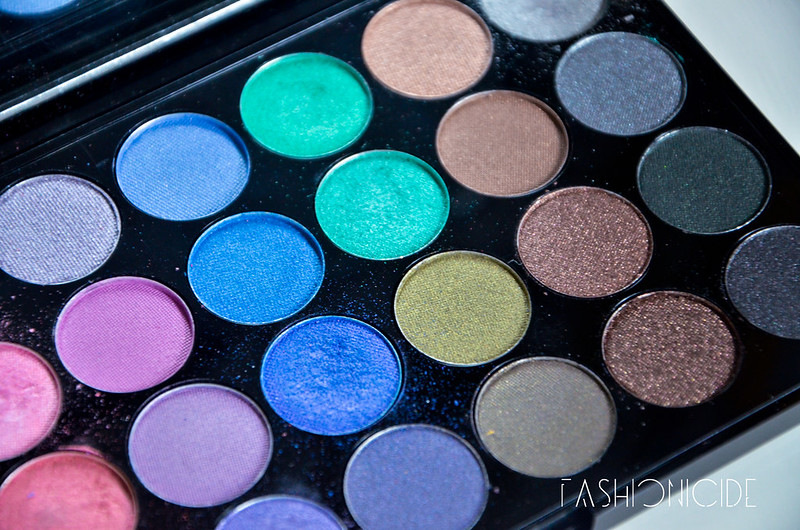 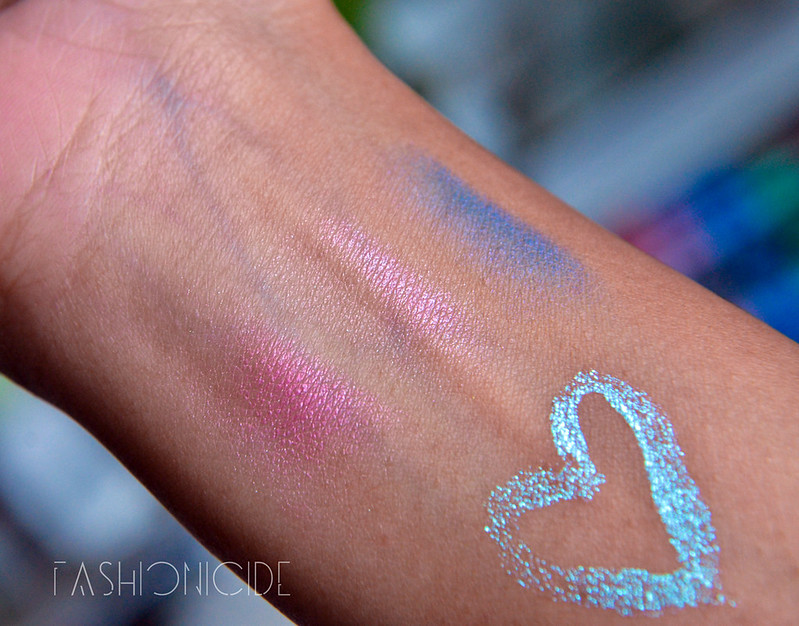 No matter, I thought, they’ve put out so much good stuff over the past year or so, they can’t get them all right, right? But blending was proving to be a bit of a nightmare too, so I decided to take it to Twitter: “How can I blend metallic eyeshadow?” Like a guardian angel, appearing magically out of thin air Lauren came to my rescue and told me I shall go to the ball. Her advice? Use a matte eyeshadow underneath. So simple. So devastatingly effective.

The next time I attempted to use the palette, I applied Makeup Revolution’s ‘Mono’ eyeshadows underneath. These colours are pretty similar to the Mermaids Forever palette, so it seemed natural to go with that. I applied the Mono to the lids and the blending seemed to be working!

Also, I have to give special mention to Essence's Crystal Eyeliner - it can really add a new dimension to your makeip looks 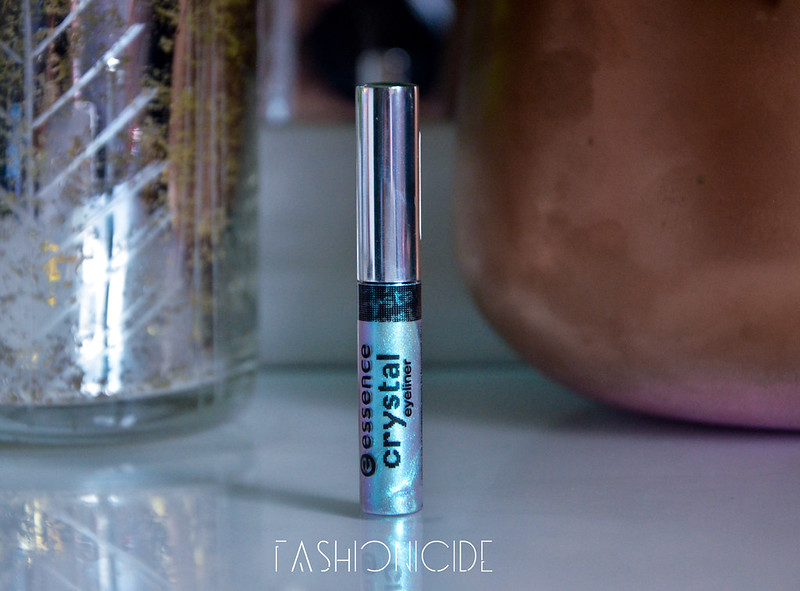 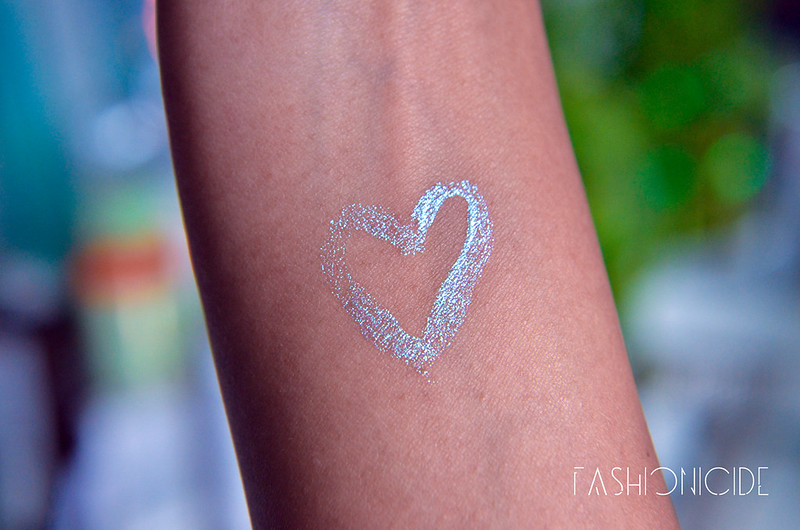 So for this look I applied the Essence Crystal Eyeliner atop Inglot’s gel-liner to finish it off – it’s a faint light blue iridescent eyeliner that gives a different effect with each different base colour you use. I bought the Essence liner when we had a standalone kiosk in Manchester City Centre, but sadly it no longer exists. 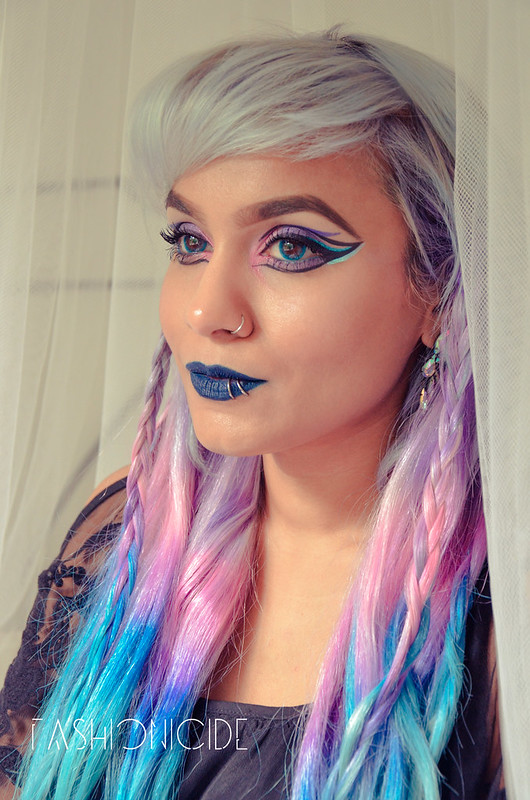 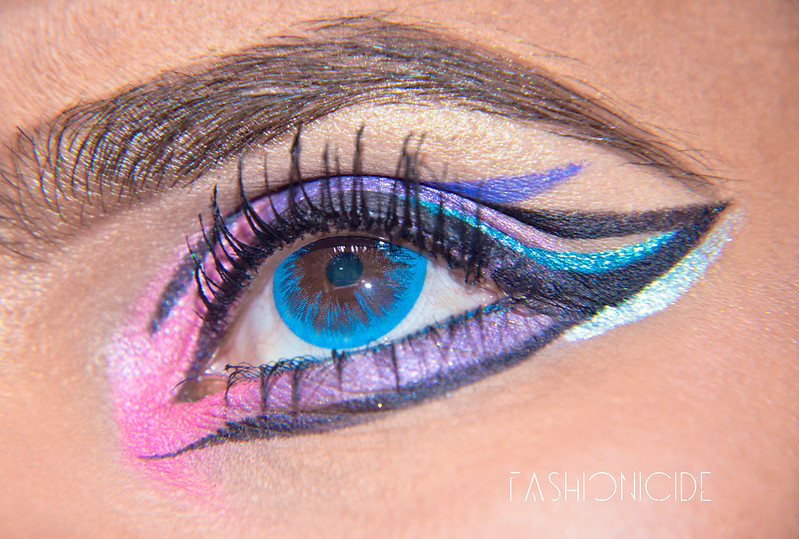 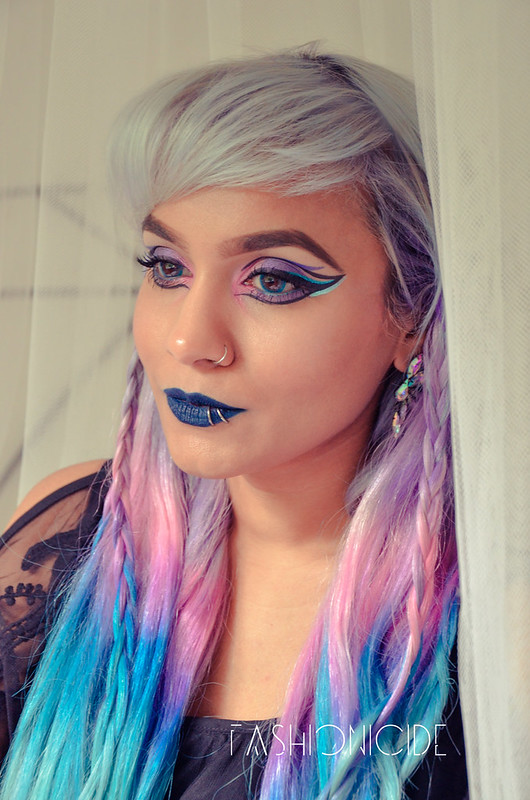 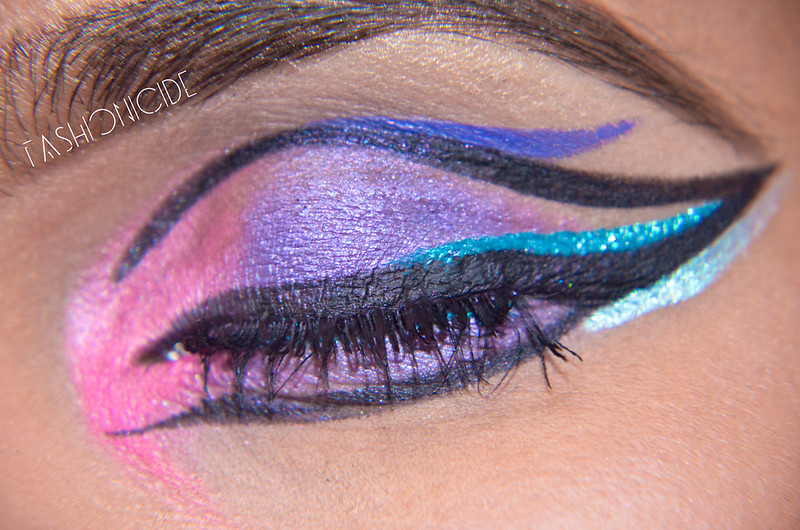 In my opinion, this look is an interesting mix of the strong, thick, black graphic liner of the 60s combined with the bright metallics of the 80s. It sounds like it shouldn’t really work, but I love the final look!

I guess the big question is whether I still use this palette on a regular basis, say, as much as the All Brights palette? And the answer is probably a surprising yes. I don’t go all out every morning, but what I do use this palette for is the inner corners. I don’t really touch the darker colours though, as I like having it quite light around my eyes. The blues, the pinks and the other fainter colours are perfect for this. Long gone are the days where I stick exclusively to boring beiges and wearisome whites – nope, it’s all about the colour!

Every now and then, I’ll sneakily apply a shade or two from the Mermaids Forever palette to my inner corners in the morning and head off merrily(ish) to work. I don’t think they even notice, but I’m fine with that. It’s just my little way of rebelling against the 9 to 5 monotony. ;)