It's not too long ago that I was singing the praises of Depop on the blog, but I have to say when it comes to clothes I've just ... 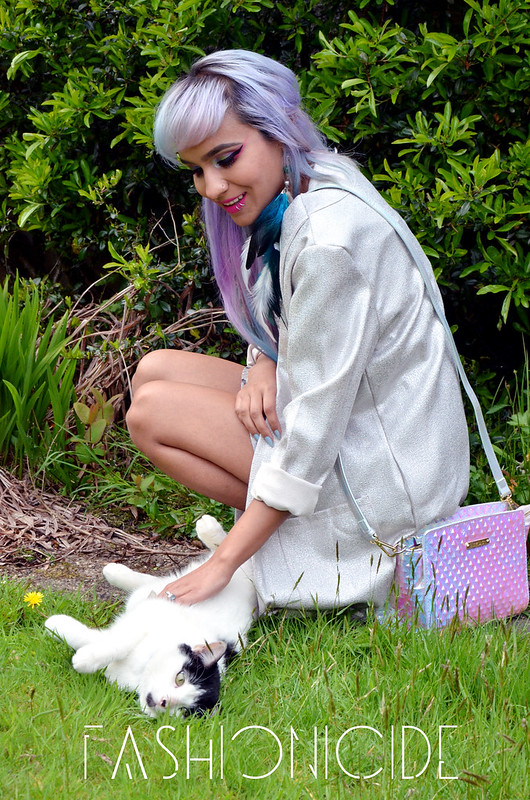 It's not too long ago that I was singing the praises of Depop on the blog, but I have to say when it comes to clothes I've just gone off it a bit lately. As with any of these websites where you buy secondhand goods from complete randomers, it's always a bit hit and miss. Before I used to justify it by telling myself that the hits were worth all of the very many misses, but there's only so many disappointments one can take. I'm not saying I'll never buy from Depop again - don't be silly! But it will take something very special indeed.

I went through a bit of a phase where I was addicted to Depop, I was on it for hours on end stalking the Iridescent tag (naturally), and it was on one of these hunts for shiny multicoloured goodness that I came across this Blazer. The lady selling it turned out to be one of the good eggs on there, and she was selling it with a matching pair of skinny trousers. I skipped over them though, I'm just not a trouser kinda girl.

The actual blazer itself is in the style of a boyfriend blazer, oversized  and draping over the body, but with shoulders slender enough not to swamp me. Yup, it's a boyfriend blazer, not your mother's jacket! When I first received it through the post, I was a little underwhelmed if I'm being honest. It was less iridescent and more silvery, I usually love silver, but when one is promised a rich tapestry of colour, one expects a rich tapestry of colour!

Upon closer inspection, the silvery sheen transforms into that rich tapestry of colour in the form of millions of specs of microscopic glitter hiding upon the surface. Unfortunately I couldn't quite capture that in the photos, I struggled to get photographs to my usual standard as the greenery in the background was just too vibrant.

The dress I've paired it with for this OOTD is from Motel was purchased in one of the many ASOS sales, I genuinely cannot remember which one now! It's a lilac and silver number, that reminds me of my hair from around December 2014 actually! It's really structured, not quite a fit and flair but the fabric is quite stiff with a nice cut out back detail. The first few times I wore it, the cut out detail made my back itch quite badly though, so now when I wear it I usually have a vest underneath. See, even Bloggers favour comfort over fashion! 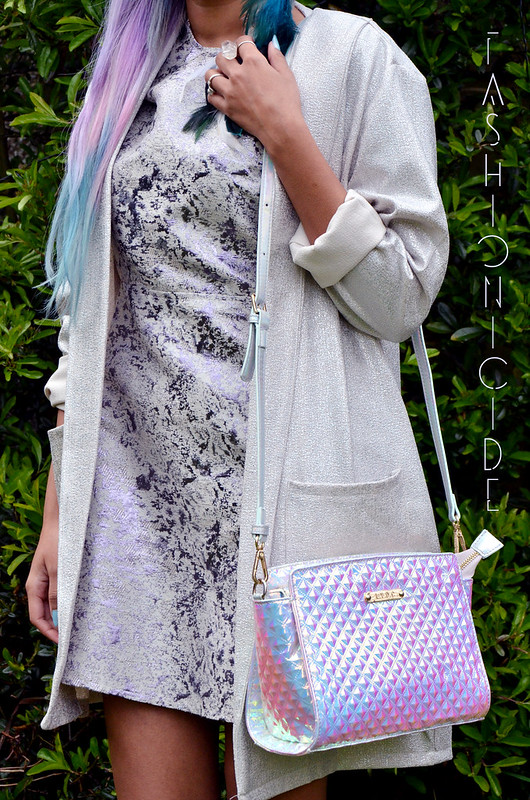 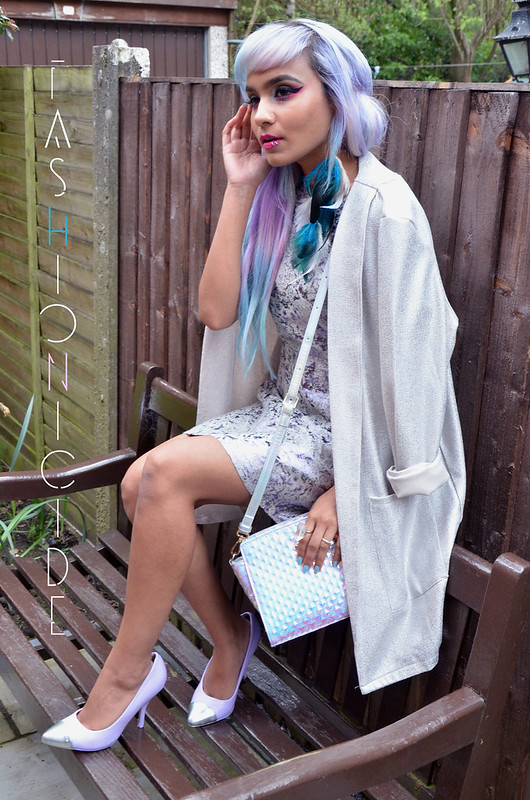 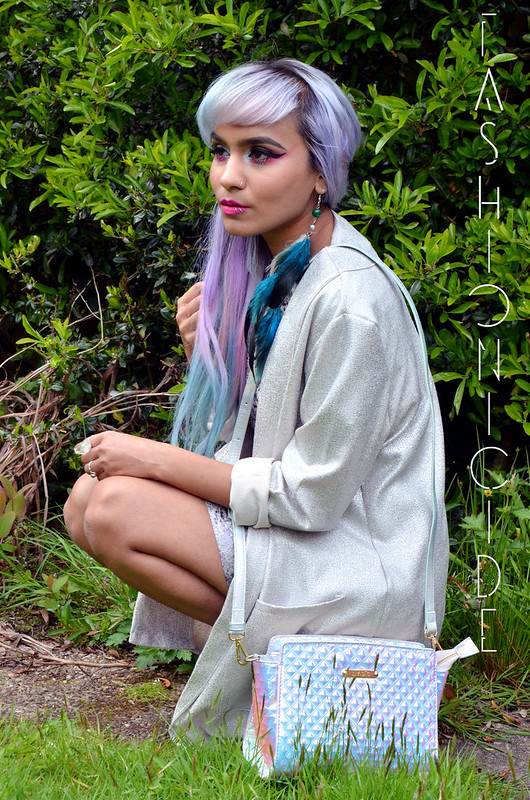 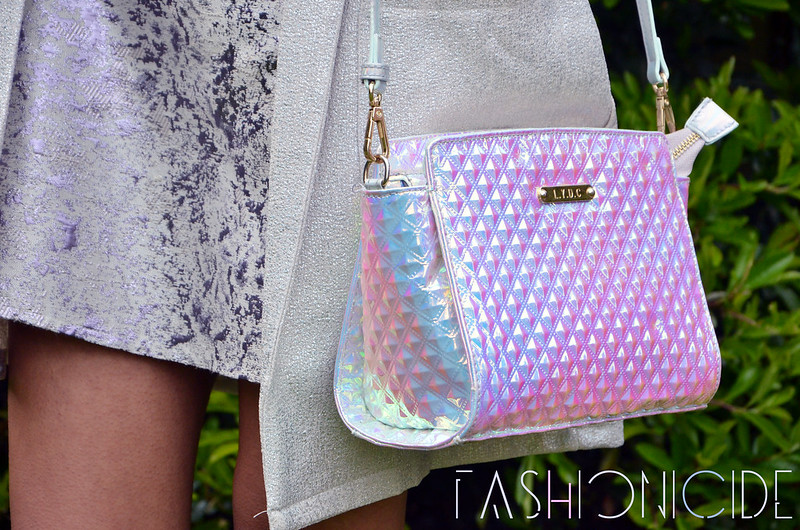 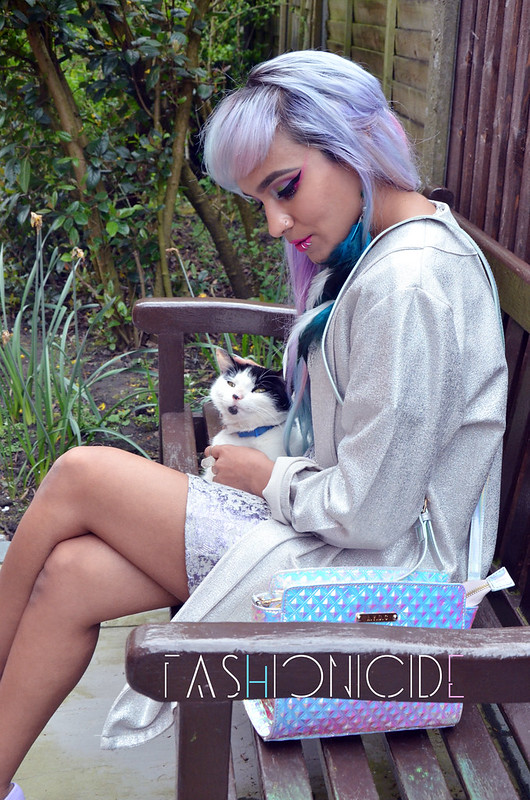 So, this was another of my huge backlog of posts that I'm desperately trying to clear up! I've got some really exciting stuff that's just itching to be blogged about, and I can't wait to finally get around to it. If only there were more than 7 days in a week!