Hello Hello! I've picked up a bit of a bad habit of late - I keep seeking out homeware stores, having a good wander around every si...

I've picked up a bit of a bad habit of late - I keep seeking out homeware stores, having a good wander around every single aisle and buying lots of pretty things! I suppose it's not that much of a bad habit, because my house is starting to feel much more like my own space.

I popped into Dunelm last week, after hearing (and smelling) some good things about Wax Lyrical's Reed Diffusers. My sisters are currently obsessing over them and practically forced my nose into the bottle so I could get a sniff. Anyway, I shoved five into the basket and was browsing around when I came across a little stand for Kilner's.

Kilner's is a real old-school brand dating back to 1842, specialising in glass bottles and jars. I feel like they're a brand that subconsciously everybody has heard of, and even if you haven't directly heard of them, you'll have probably reaped the benefits of their innovation at some point in your life. Presented on their stand was all manner of swing top bottles, clip top jars and jam jars - they all look so homely and stir up seemingly distant memories of British summers. 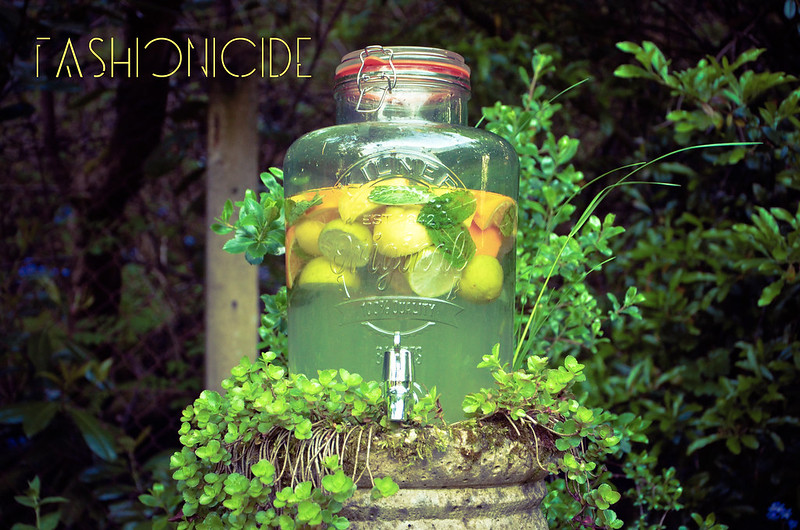 At the bottom of the stand was this enormous beast of a clip top jar. No ordinary clip top jar, you might say, for this clip top jar also had a little tap at the bottom for dispensing its contents. This was an 8 litre Drinks Dispenser, and it looked pretty damned impressive. Immediately my mind raced at the possibilities - Barbecues on hot summer days, dispenser loaded with refreshing ice-cold fruity punches, summer evenings lazing in the garden, dispenser at hand with more of said fruity punches etcetera, etcetera.

But the idea that really sealed the deal for me was Fruit Infused Water. I know we're all supposed to drink anywhere from 1 to 4 litres of water, depending on who you read, but water just isn't exciting or even remotely interesting for me to drink so I find it a little difficult. But with this drinks dispenser, I could fill it with water and chuck in loads of citrus fruits, a dash of ginger, a smattering of mint leaves and plenty of ice - all of a sudden, water is exciting! 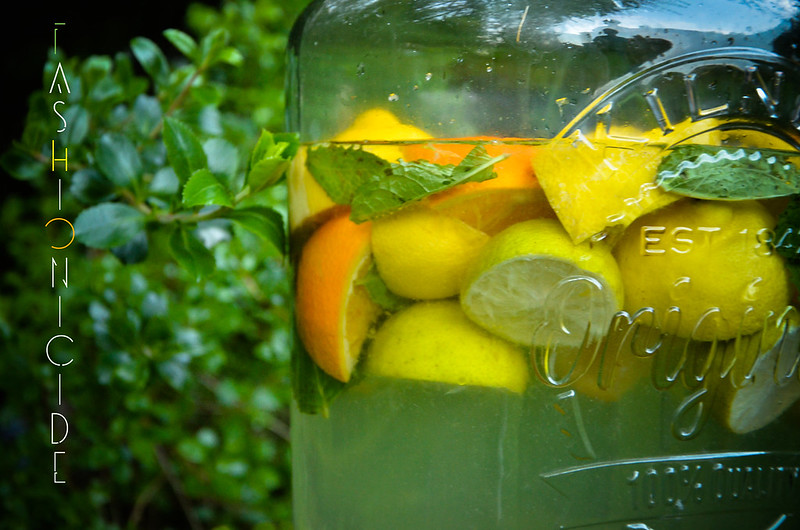 So yeah, I bought it and put it to good use at the weekend, it felt like the first real summery day of the year so we planned a barbecue in the garden with some friends. To make the Fruit Infused Water was simple enough - fill up the drinks dispenser with cold water, cut some Lemons, Limes and Oranges into halves or quarters and chuck them in, throw in some peeled Ginger and Mint leaves then close the seal. Leave it for a couple of hours for the infusion magic to take place then chuck in some ice to cool it and hey presto - ready to be served! 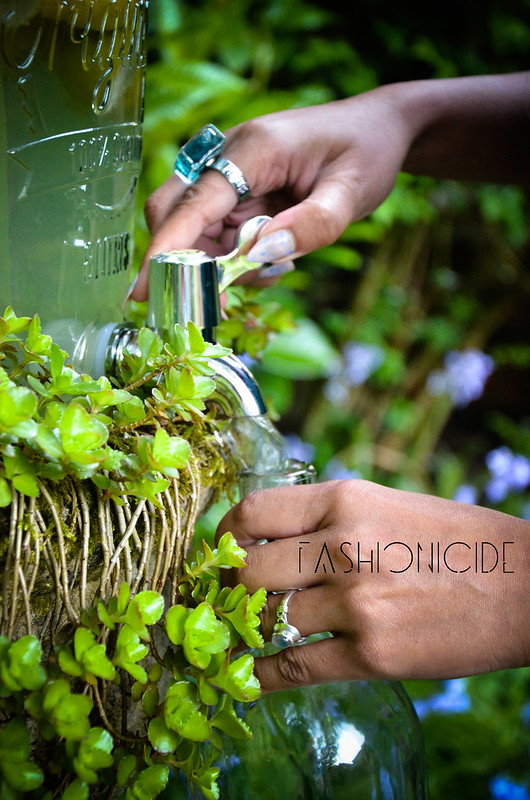 Our little party went through about 6 litres of it during the BBQ, it really did taste cool and refreshing and added a little excitement too! The remainder was poured into a swing top bottle, stuck in the fridge and saved for another day. A couple of tips worth bearing in mind if you want to try this out: might be worth peeling the fruit first, as the peel can leave a slightly bitter taste and don't keep the actual fruit in the jar any more than a day as it will start to decay. 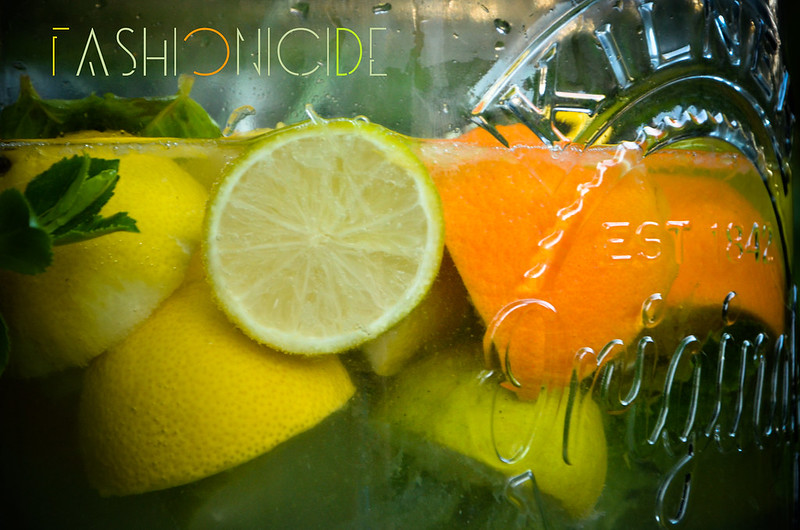 All in all, I'm extremely happy with this purchase, it really adds something to those summery days in the garden (let's hope there's plenty of those this year) and hopefully the initial buzz of using it to create my own fruity infusions lasts long beyond these summer months.