Isn't it just typical? It's been the worst summer in years, nay, ever, and when the sun finally decides to show up two things hap...

I must accept my share of the blame though, I have an irritating habit of not finishing off my courses of penicillin. So when the tonsilitis abated a little, I stopped taking it and hey presto. It was back, with a vengeance.

I was tidying up my cardigan hooks in the bedroom when I (re)discovered one that I had completely forgotten about, buried beneath 5 or 6 others. I have to say, I am ashamed of my bedroom, I imagine that Oxfam's clothes sorting depot is more organised, and probably with less clothes too. I think I need 3 wardrobes to be ok, for now...

I think the cardy is a bit Native American, with a cape style and some retro shades. And it got me myself feeling a bit native, prompting me to dig out a beaded kaftan I purchased in the backstreets of Pokhara, Nepal (Google it, it's beautiful). I tucked that into my trusty bodycon skirt, and wrapped my shiny black ASOS belt around it.

To finish it all off, I stuck on a diamante encrusted feather headband I snapped up in the Winter Topshop Sale. 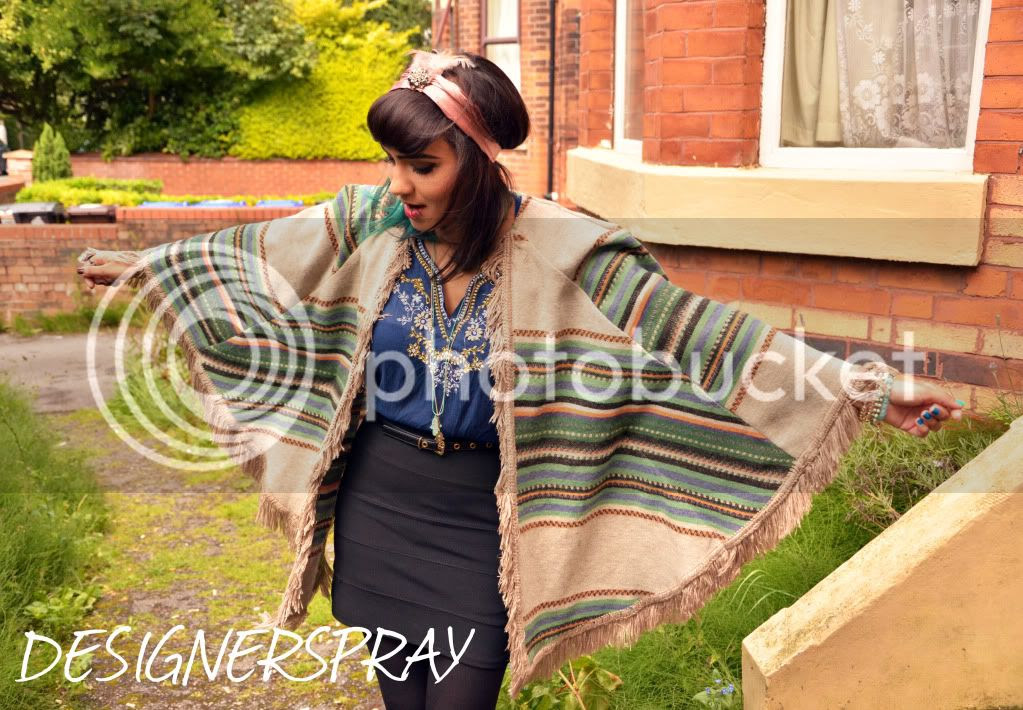 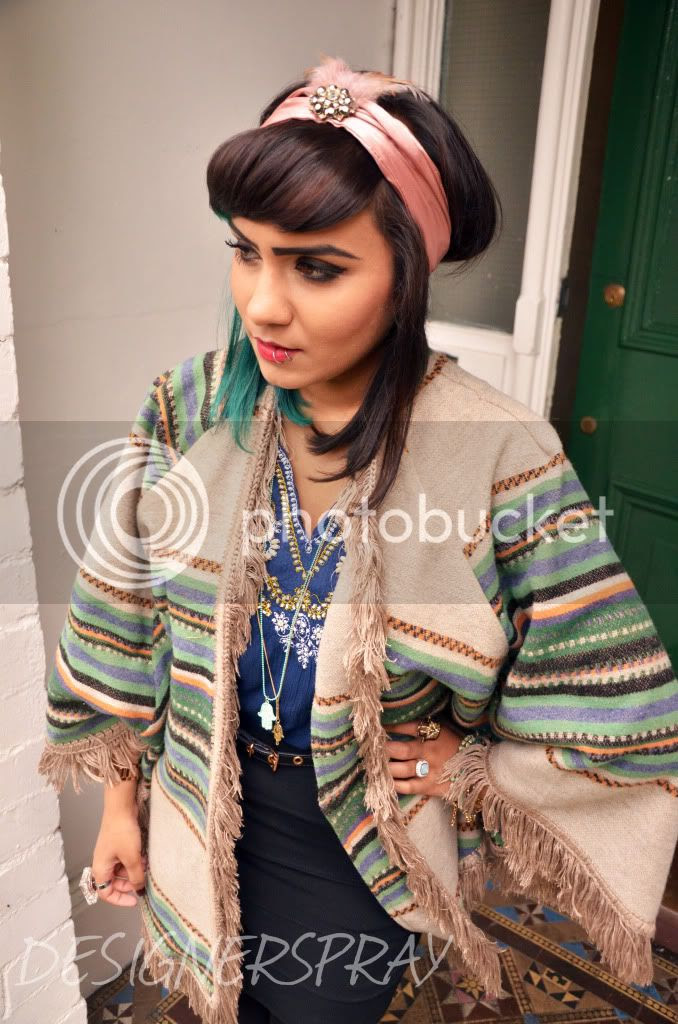 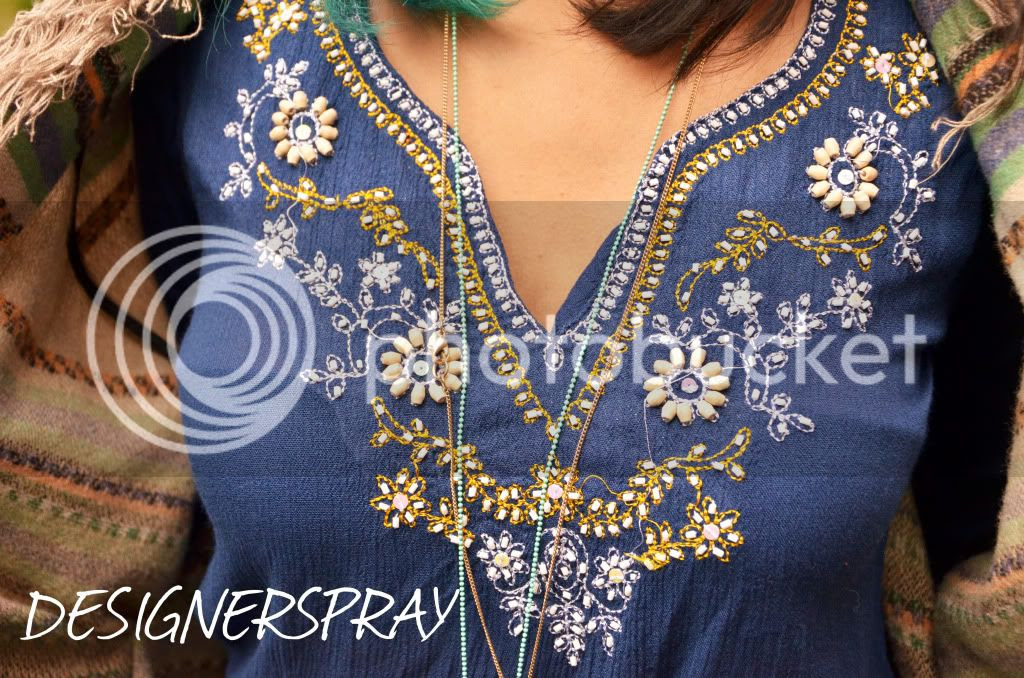 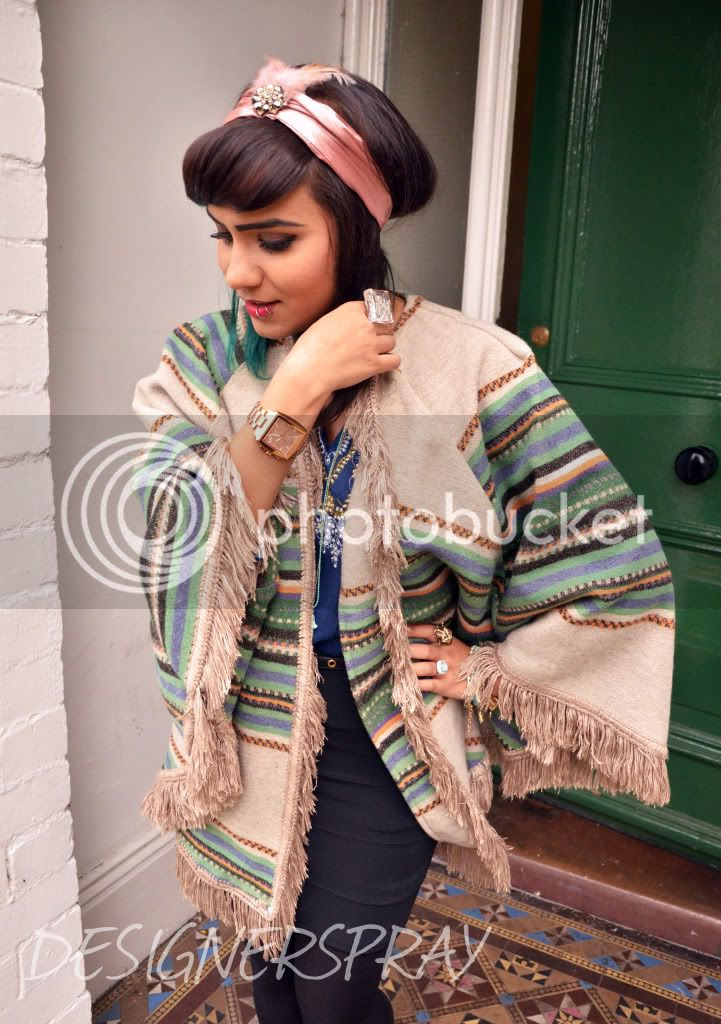 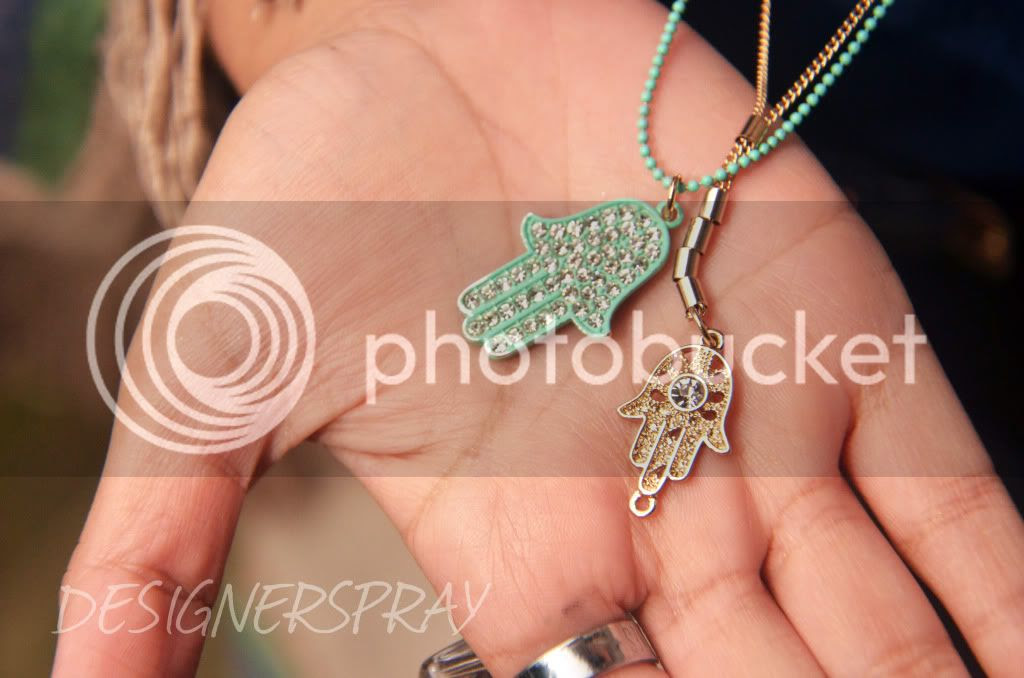 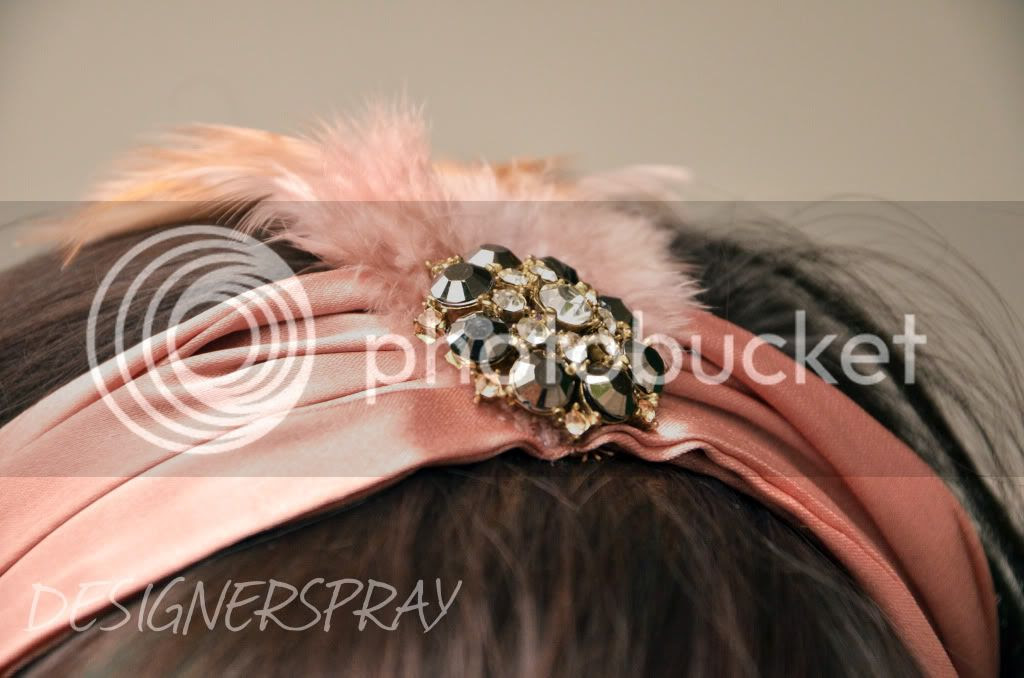 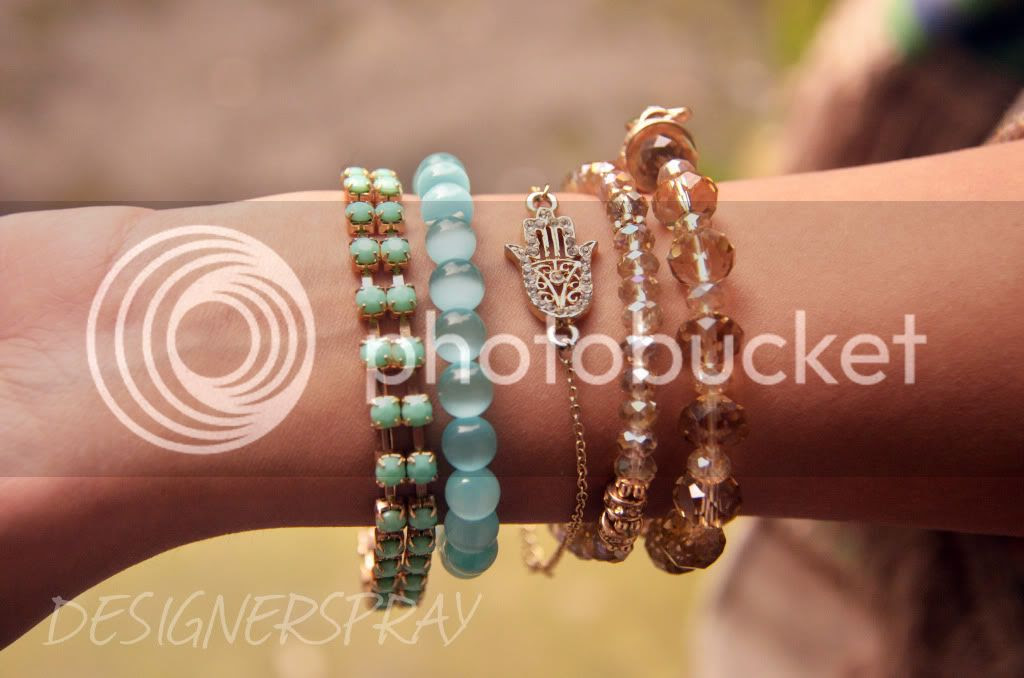 What with being so annoyingly ill all the time, I've been pretty much house-ridden. To keep boredom at bay, I've downloaded the Nyan Cat game on the iPad. If you've ever seen the Nyan Cat video (if not, where have you been?!) it's a bit like that. I get seriously competitive on any type of game and must win at all costs.

Now, if you'll excuse me, I'm off to swoop me some milk, cake and gold coins.