Hello Hello! I'm sure I've mentioned this at some point in the past, but I have to say I truly hate charity shops. The focal poi...

I'm sure I've mentioned this at some point in the past, but I have to say I truly hate charity shops. The focal point of the local community is like a mini-high street, that used to have all sorts of useful/odd/cute shops. But the recession has well and truly hit hard, so we're stuck with about 8 charity shops all within 30 seconds walk of each other... ugh!

Aside from the fact they are over-running my little high street, they all seem to be full of complete shit. There have been occasions where I have found literally nothing and just bought for the sake of it. I have this madness that overcomes me, it makes me think that buying from charity shops is cool.

Then I get home, realise I've bought a size 16 cardigan with a zillion holes in it, and think. WHY? and NEVER AGAIN.

So against this backdrop of horrid charity shops and my complete disdain for them, I have to say that I actually have found something worth spending my hard-earned pennies on. Incredibly, it fits me, has no holes in it, it's from Miss Selfridge and it's ace. As soon as I saw it, my brain had a little arguement:

"We've been here before" said t'other.

"Yes it is, it will end in tears and you'll come running to me saying how you should have trusted me etc..."

YES, I won! And no it was definitely not like all the other times, she is a beauty and I cannot stop wearing her. Despite the minor annoyance of there being a bit too many bobbles, I am just too friggin' happy with this. Judge for yourself: 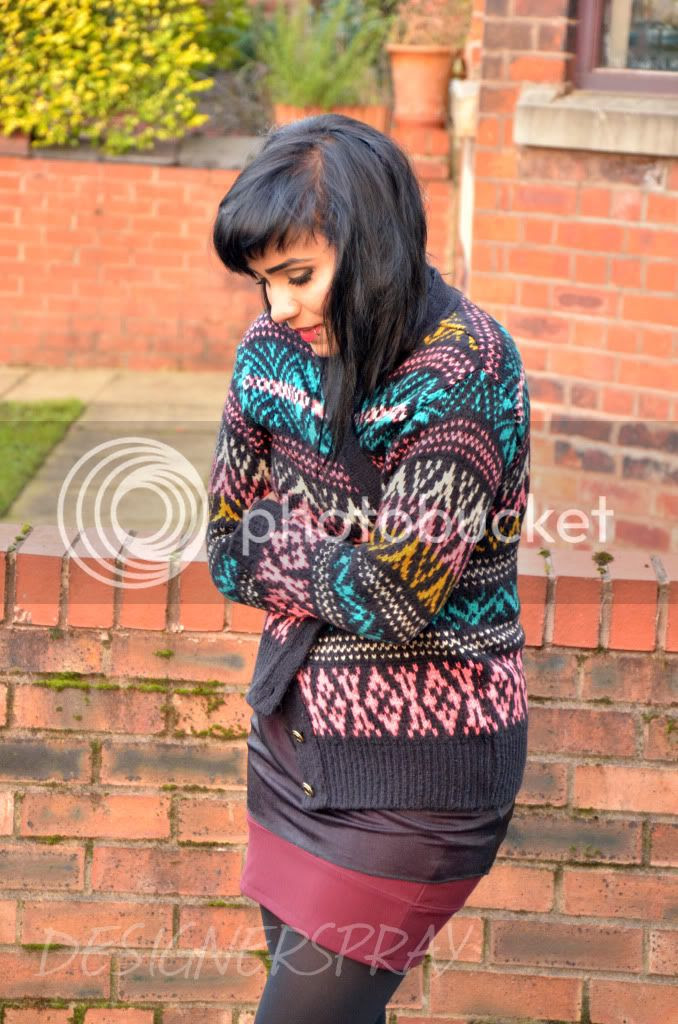 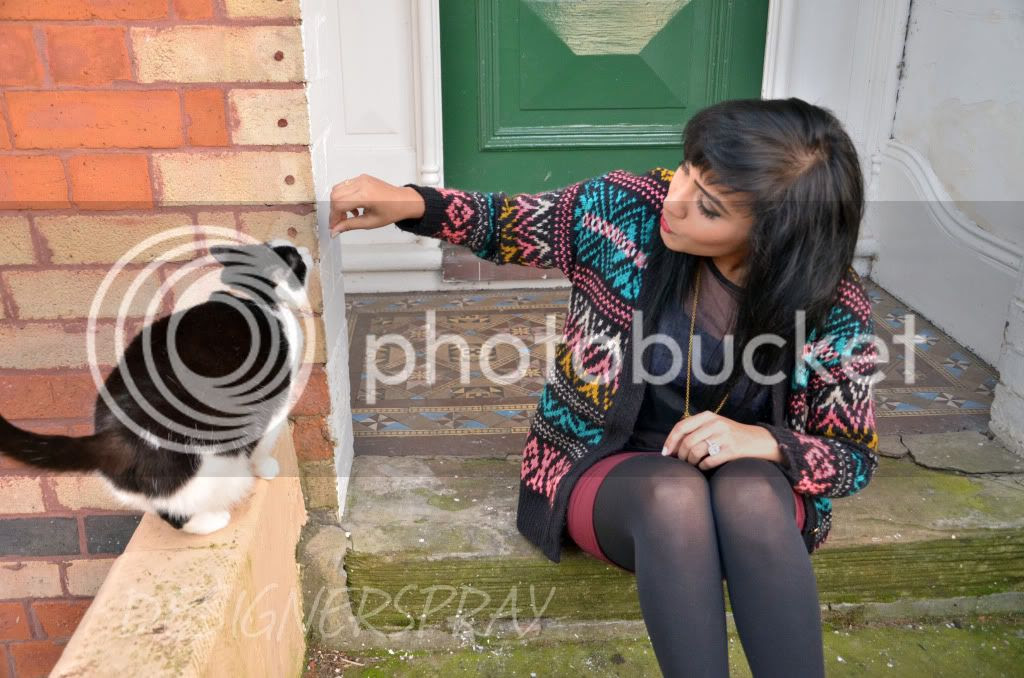 Even Cats love it... 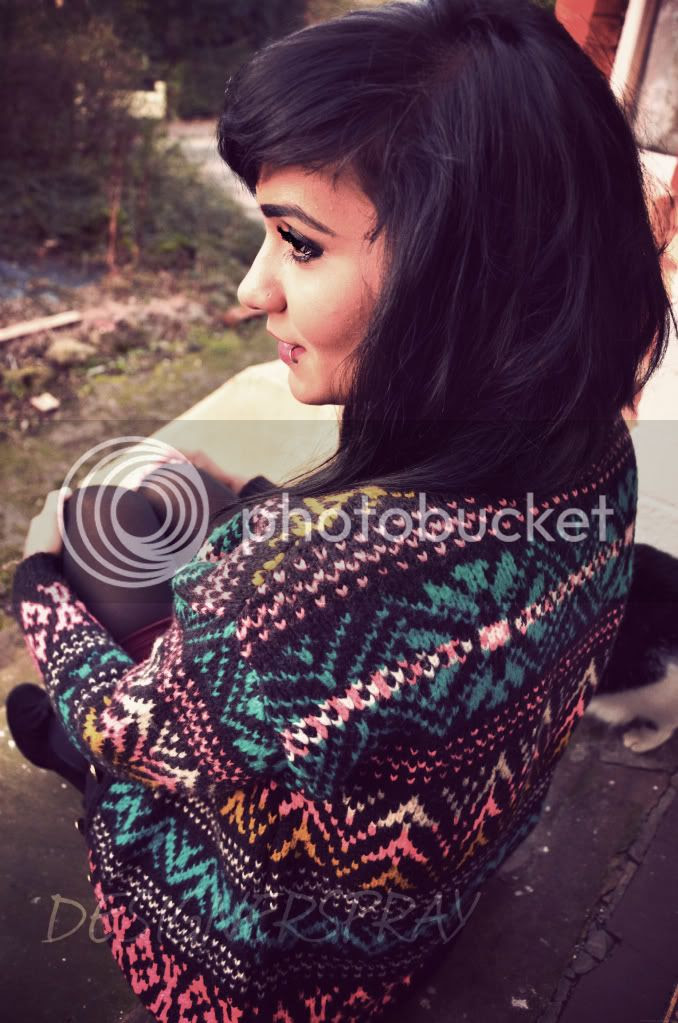 See, she justs wants to be near it... 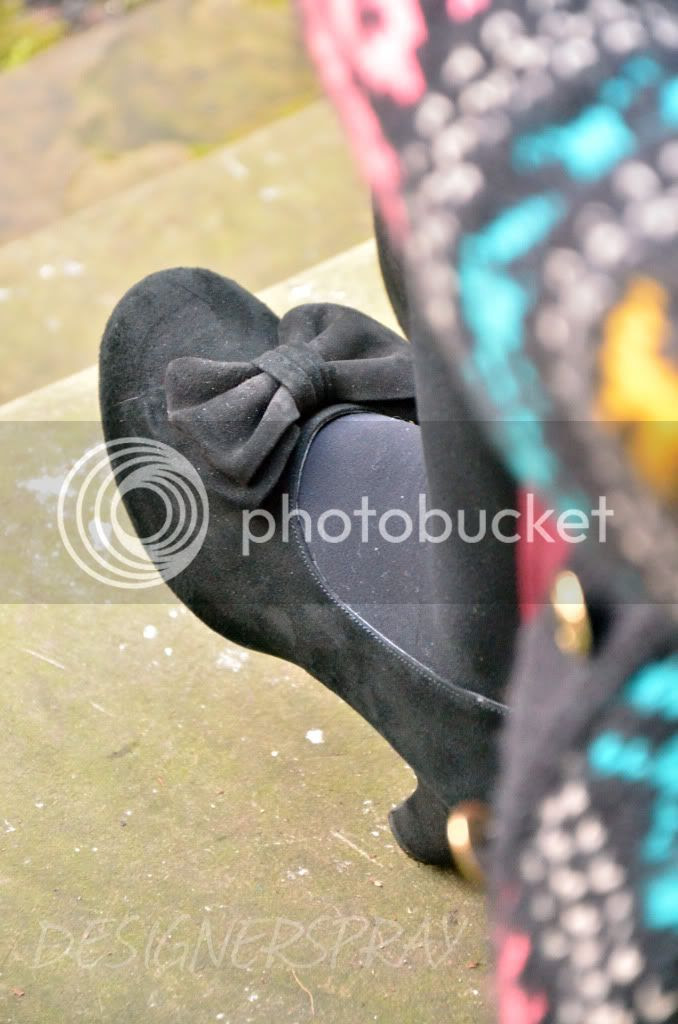 Lightening doesn't strike twice... These suede, vintage-looking babies were definitely not from a charity shop! They were found in another one of my pet-hates. A sale. At Office.

Speaking of the cat, I have discovered she has a bit of an OCD thing going on. Just like most cats, she just loves to clean herself but just lately she's been overdoing it a little and ripping out her fur. Worrying.

I've had a few emails on my fish eye effect. It's not an effect as such, I used the Nikon Nikkor 10.5mm Fish-eye Lens. I bought it second-hand but believe me it was not cheap. My purse didn't like it at first, but I think now they are on speaking terms.

I received the most sweetest e-mail ever from one of my readers. Seriously, I was having the day from hell. Girl, it's people like you that make me love blogging! :)

Luckily for me (and hopefully for you all too) my lifestyle is probably about to completely change for the better 'cause I'll be able to blog more regularly as I'll have more free time to write and take photos during the day.. YES.