OUTFIT: Come as you are

How hot was it today?! BBC Weather tells me that Manchester reached the dizzy heights of 27° C! Where did that come from? And where have y...


How hot was it today?! BBC Weather tells me that Manchester reached the dizzy heights of 27° C! Where did that come from? And where have you been all 'Summer'?

Seeing as it was so sizzlingly hot outside, I decided to go all super casual and sport my new vest from H & M teamed up with my trusty staple of black leggings. I think I'm the only person I know that doesn't own a single pair of pants! 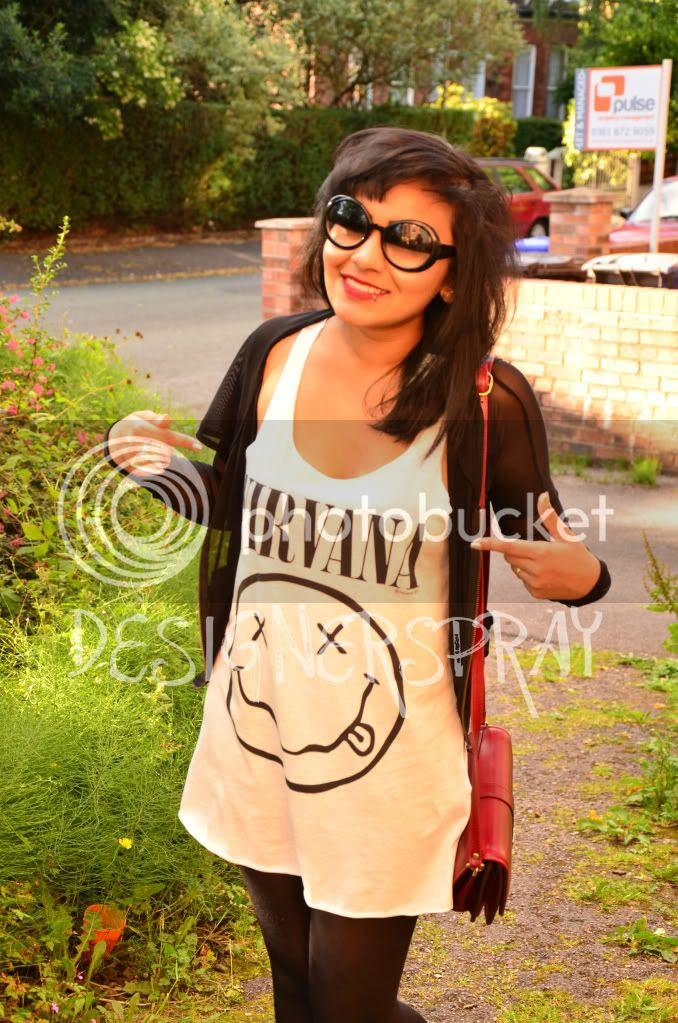 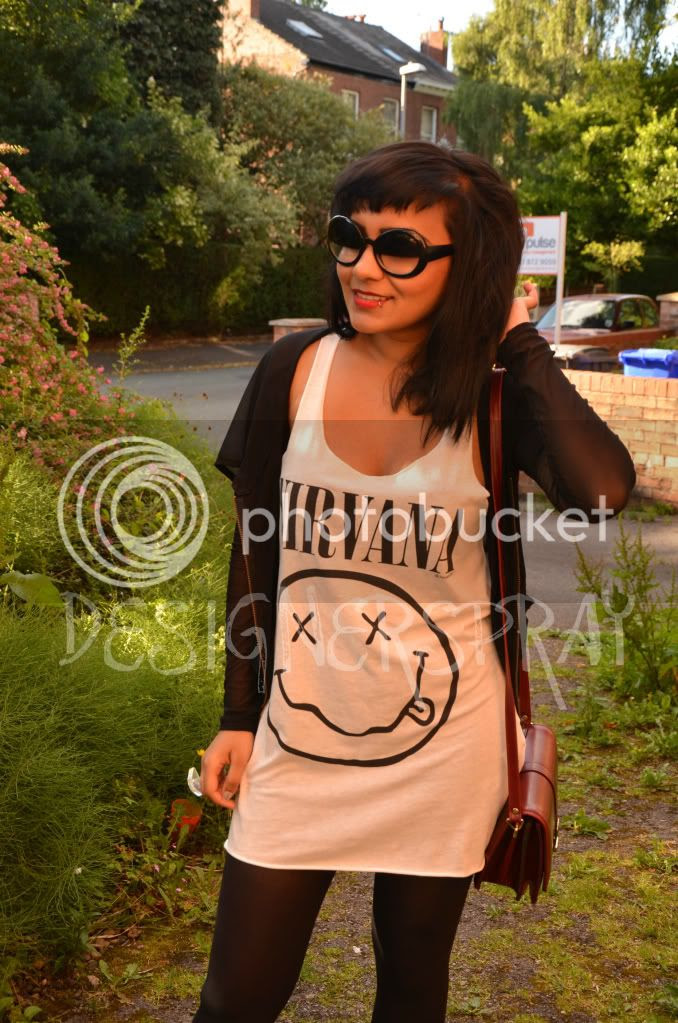 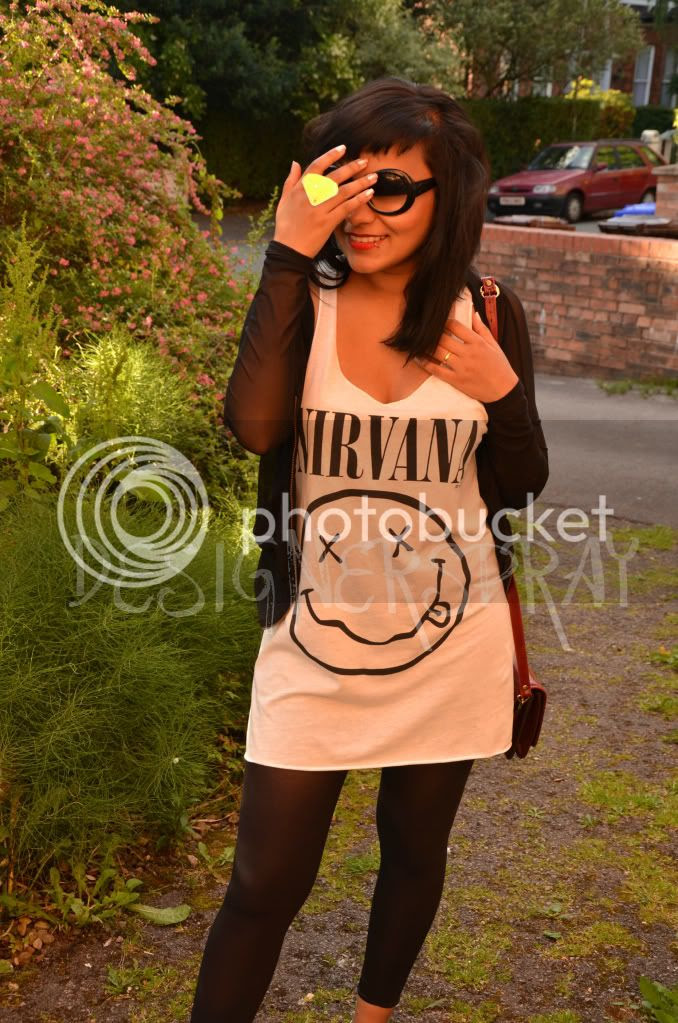 How awesome is this vest??

It's from the Divided section of H & M. I'm not really that keen on H & M, the normal stuff there is a bit blah, but the Divided section does have the occasional gem hidden away at a ridiculously cheap price. I'm a big fan of Nirvana, so when I saw this vest in the window I went crazy! Tis a shame I'll never see them play live :(

I love the fact that the vest is pretty long that an underskirt isn't needed when it's paired with leggings. If it was any shorter though, you wouldn't see me in it with just leggings! Camel toe? Err... No thank you!

Now, onto the jewellery. I thought the vest was a statement in itself so opted not to wear a necklace, shocking right?! Instead I thought I'd go for this awesome Acrylic Diamond shaped ring by Stolen Thunder. I purchased it from the Ark sale a few weeks ago for a bargain basement £11. 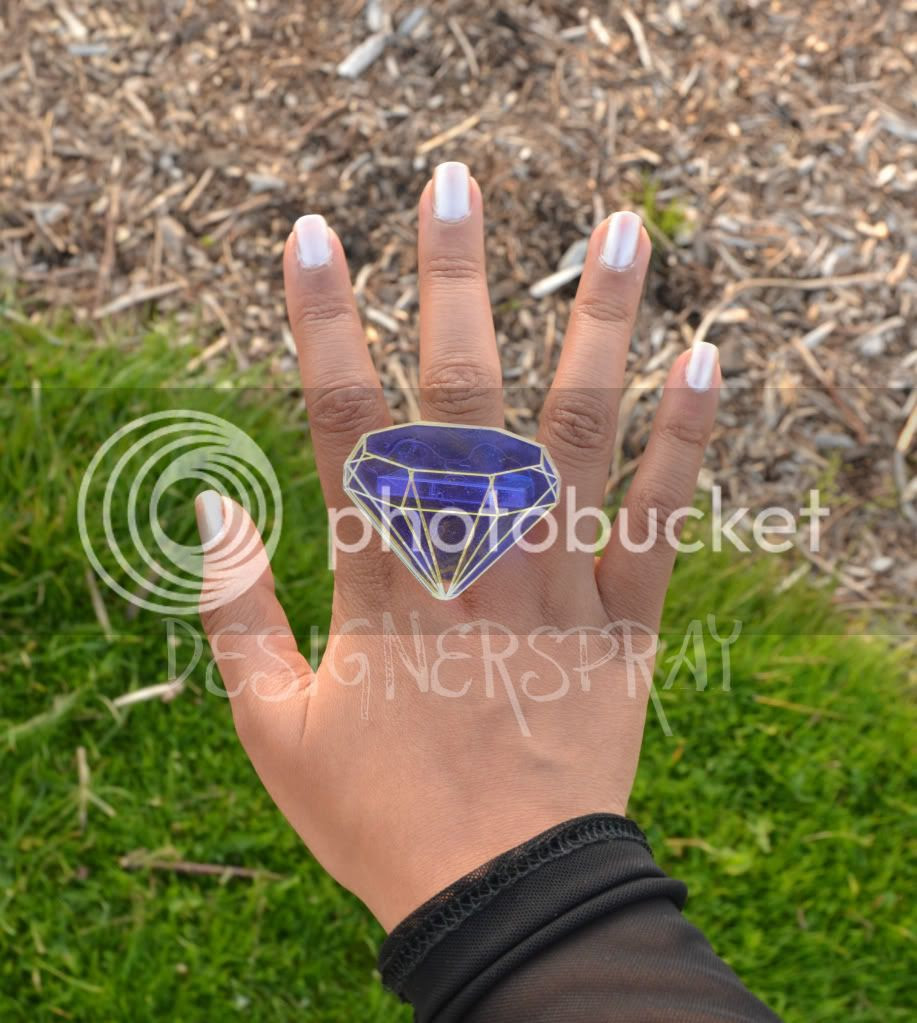 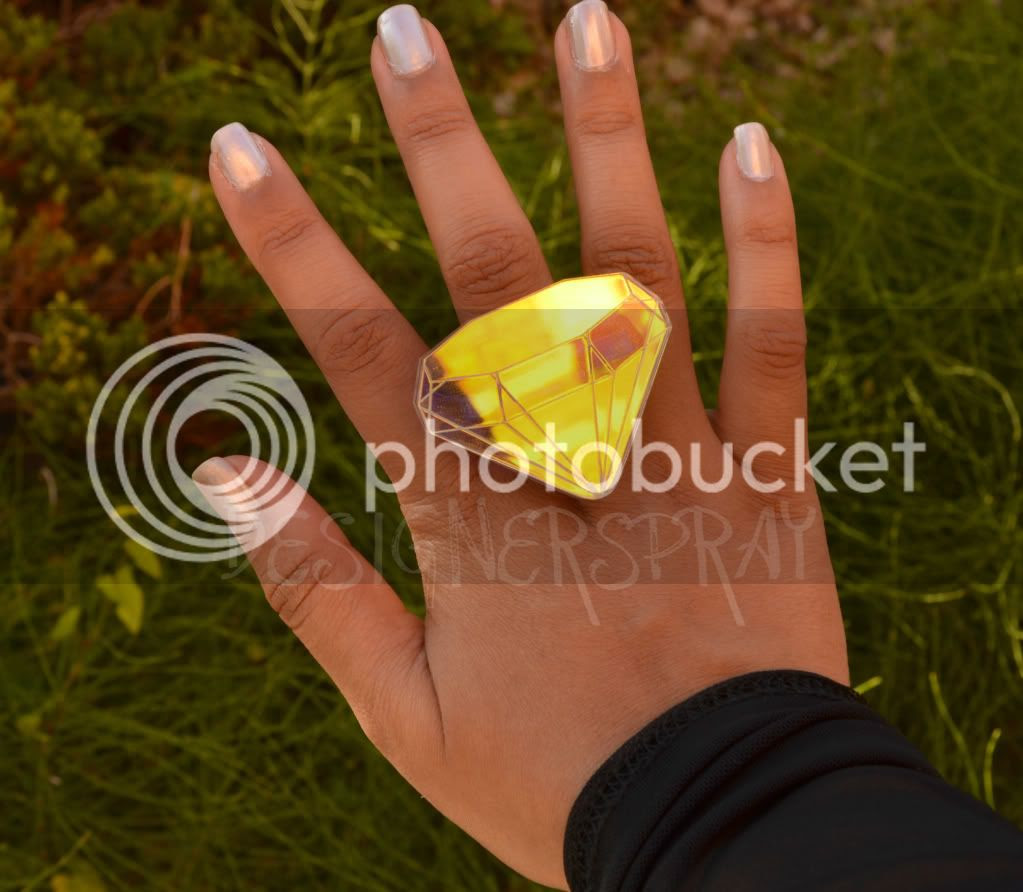 I'm told that Marina & The Diamonds has been seen wearing it a few times. It's a bit of an odd looking ring, the greatest thing about it though is that it's a different colour every time you look at it!

At the time of writing, I'm watching Beyoncé's Glasto performance. She is amazing! Her make up looks gorgeous, and the outfit?! Mental note: Never dress like that for a festival. Can't see it working!

Hope you've all had a great weekend! Until next time..