Hello hello! This foundation whore is back for another review of lets guess, errm, foundation! Ahaha. I for one am SUPER GLAD this ...

This foundation whore is back for another review of lets guess, errm, foundation! Ahaha.

I for one am SUPER GLAD this week is finally over. It's been one hell of a week. And for those of you that follow me on Twitter will know what's been going on...

But yes, it's finally over and I am going to have a seriously well earned chilled out weekend. :)

Through all my woes, there one thing that stuck by me. That's right, Bobbi Brown's Natural Finish Foundation. Ha! 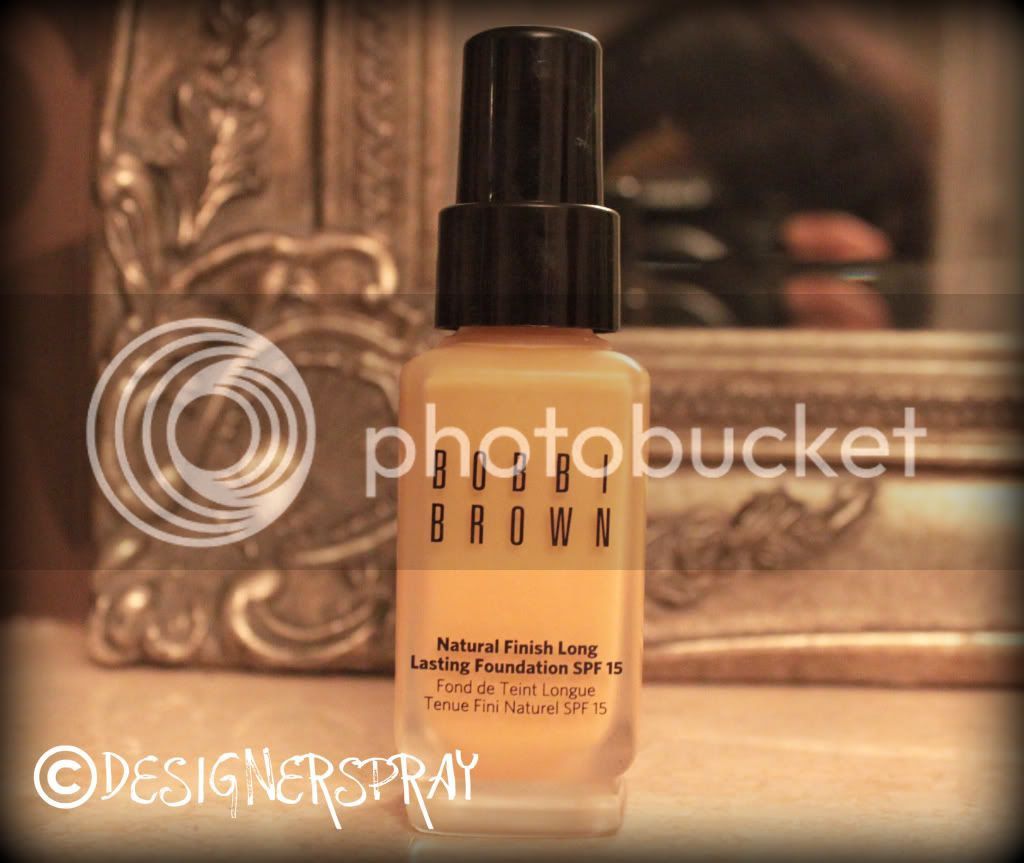 It's true. This foundation is truly long lasting.

This was on my list to buy months ago. And I'm glad I finally got my hands on it.

So what do I want from a foundation? I want close to spot on shade, I want it long lasting, I want something that will make me look as shine-free as possible, and last but not least, I want to avoid that dreaded white cast you get in flash photography. *shudders*.

In my quest for my foundation Holy Grail, I've been through few a fair few brands, formulae and shades. While a few have raised my hopes and made my heart flutter momentarily, they have agonisingly ticked three of the boxes and just when I think: "I've found it!" they've delivered crushing blows and demolished my hopes. *sad face*

I expected Glam-X to give me a nigh-on perfect shade & prevent the flashback photo face. And it did, but the longevity was awful and it felt like crap on my face. At that point I was so used to MAC Studiofix, I didn't even realise that formulation was such a big deal.

MAC Studiofix fluid's formulation was a dream! It lasted ages, I didn't need to apply much powder throughout a full working day and I'd still have a radiant 'glow'. Sounds perfect, no? Yeah, but the colour wasn't ME. NC37 was the closest match, but when I was tanned I'd use NC40.

In reality though, I feel I'm in between those shades. Why have MAC decided to just skip from 37 to 40? Where is NC38 & NC39? GAAH. Also, the colour is not warm enough. And as I've said before in my Glam-X post, MAC's NW range is waayy too orange. I want a bit of warmth, not orange, pfft.

Bobbi Brown was my last resort, I never paid too much attention to them as they didn't seem as fashionable as MAC or NARS. But I'd read that their foundations were yellow-based and more suited to Asian skin tones and formulations for all skin-types. What was there to lose? (Other than money!)

I did have some issues at the beginning getting matched at the counters. They initially matched me to a 5.5 Warm Honey but this was way too dark. Why do make up artists have a habit of doing this?! I asked for foundation, not a bloody bronzer! I say this time and time again. After much ado (long story), I managed to get hold of some samples of lighter shades. And within those samples, beaming out at me with it's golden aura, was 4.25 Natural Tan.

There were many formulations to choose from, in the end I went for the Natural Finish Foundation as it was oil free which is more suited for my oily/combination skin.

Here is what Bobbi Brown have to say about it:

"Oil-free, all-day wear so you'll have soft-matte, even-looking skin without having to pile on powder throughout the day. Made with sponge-like powders absorb excess oil on the surface of the skin, while emollients lock in moisture to ensure skin remains perfectly balanced. Transfer-resistant formula helps create a barrier against heat and humidity for 8 hours of wear. Even in the most humid climates, makeup stays in place. And like all of Bobbi's foundations, the
shades are yellow-based for a natural look. Perfect for oily and normal/combination skin." 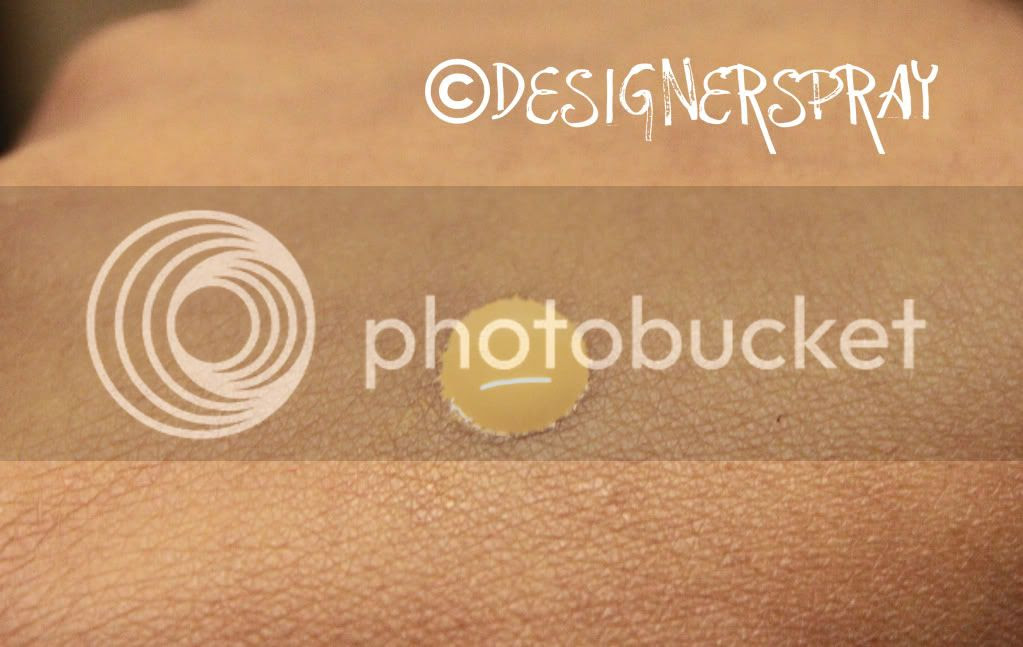 Looking at the picture above, it is immediately apparent it is warmer than NC37 and is clearly not orangey. The consistency is quite runny. But not as runny MAC's Face & Body, think NARS Sheer Glow. And it blends seamlessly into the skin easily.

Through trial & error I've came to the conclusion that this goes on much better with fingers or my MAC 109 brush. At first I used to use my ELF powder brush but realised I needed to use 3 pumps! and yes, guys, it comes with a pump, woop! 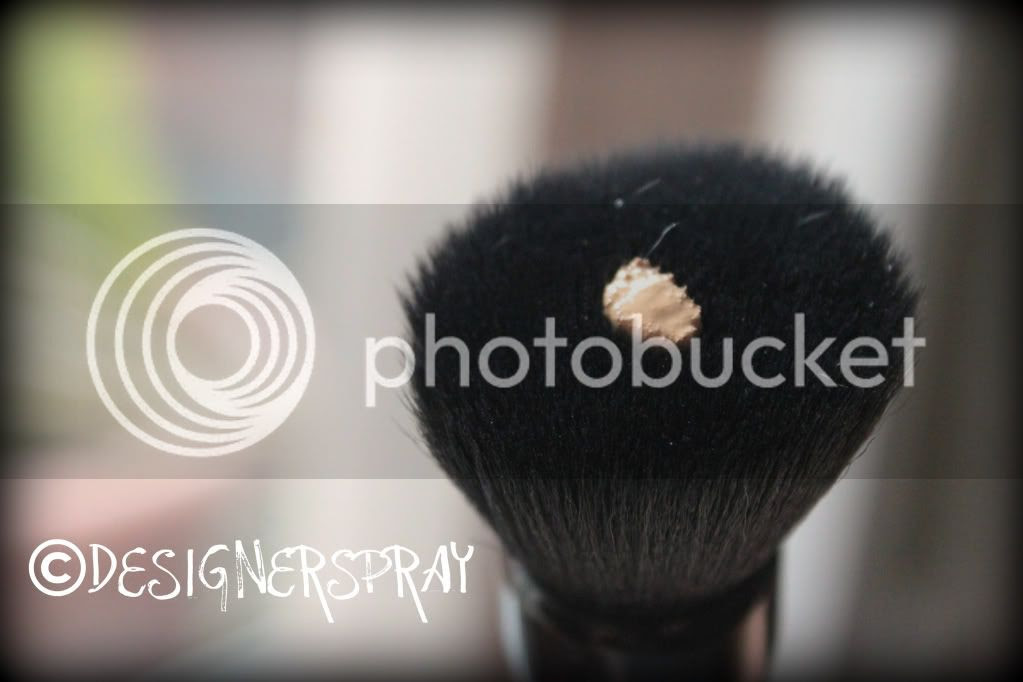 Two pumps was enough for me, one pump would have left me with sheer coverage. It is definitely buildable but it doesn't cover imperfections such as scars as well as Studiofox Fluid. If you do want to build it up, you'd need to let it dry first then apply another layer on top.

My skin at the moment is relatively clear (touch wood) but as I do have the odd scar on my cheek I dab on my Make Up Forever Full Cover concealer to cover any imperfections.

One thing is for sure, the finish does look natural like it says on the bottle. It dries to a semi matte finish so it doesn't look shiny, although throughout the day I notice my skin begins to look much dewier, probably due to my natural oils breaking through. But it doesn't get to the point of looking shiny. At times I get a bit self-conscious and just want to look flat out matt, so I'll dust a bit of MAC's Prep & Prime powder on top.

Another thing I've noticed with this is that it is probably the best foundation I've tried for hyperpigmentation. I've got quite a bit of pigmentations around my temples and around the mouth and this really helps even it out without looking grey.

It also contains SPF15. And you know SPFs can leave that horrid white cast in flash photography, but in this case, it doesn't! 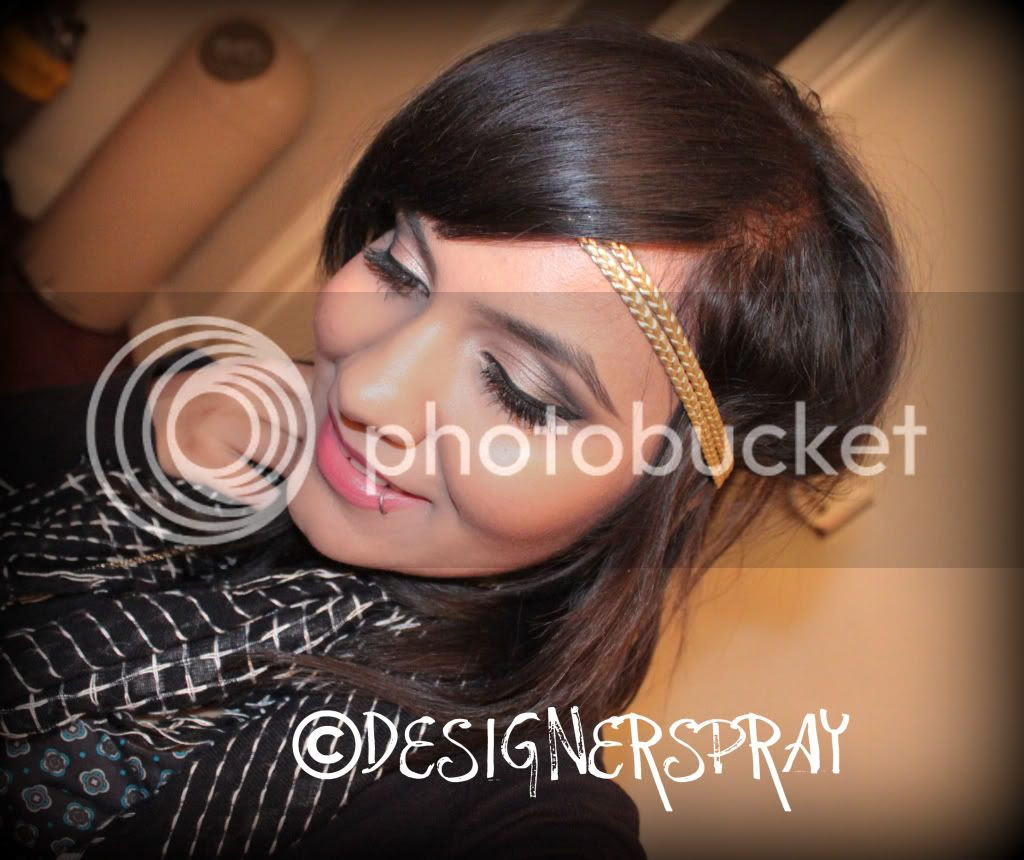 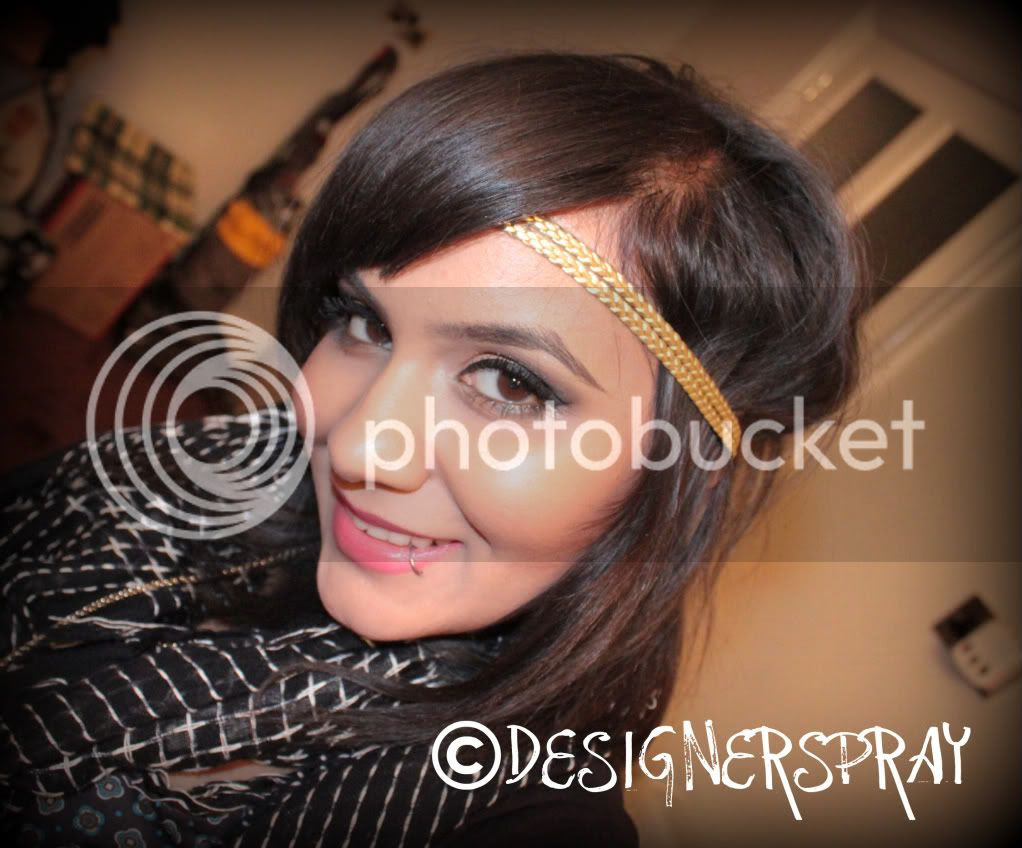 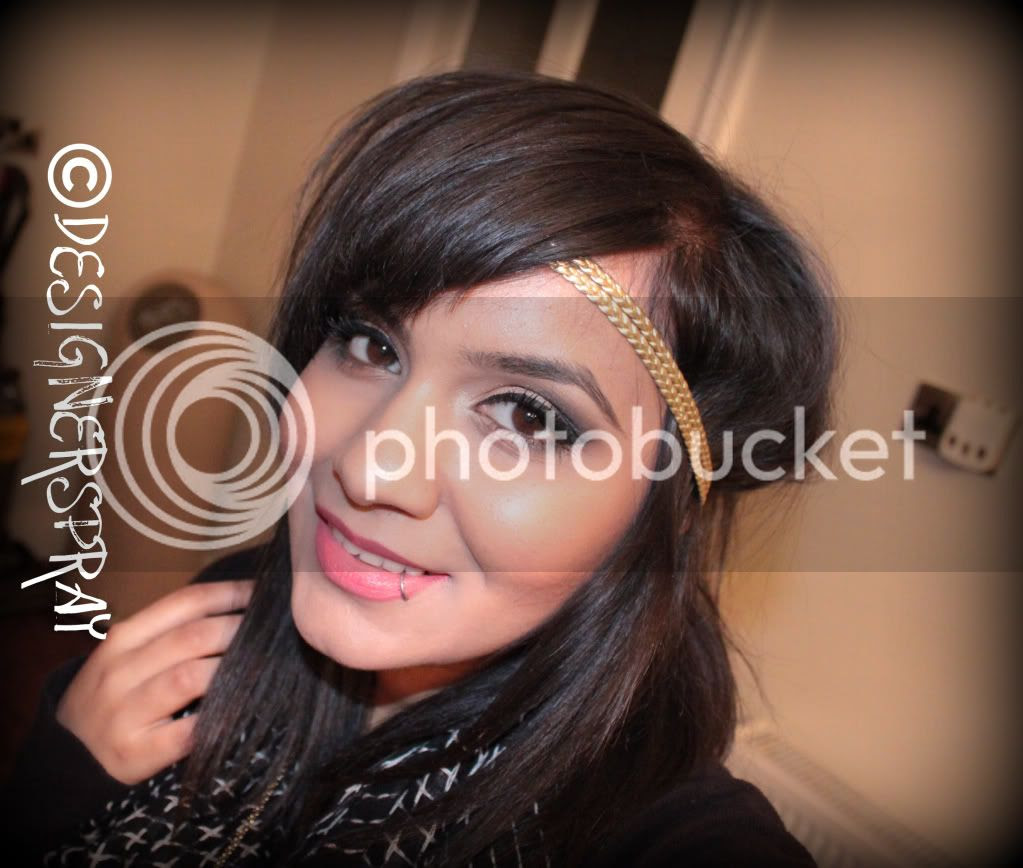 My skin looks dewy & the foundation is still on even though the picture was taken at night. Just goes to show how long lasting this foundation really is. Also, doesn't it just look like real skin instead of looking 'too done'?

Absolutely. It cost £28 but I am happy to pay for a foundation that actually lives up to it's claims and matches my skin tone as close to real. And if my skin carries on behaving, then this is the foundation for me. I love that it minimises the look of hyperpigmentation without looking like you just shoved the wrong foundation shade on it. Is this holy grail material? Probably. I wouldn't say it's perfect but certainly close. The only downside is that it doesn't cover scarring as well as MAC's Studiofix Fluid.

I wouldn't recommend this foundation to anyone that has problematic skin, acne scarring or skin that needs heavy coverage. As this is a light foundation. But it's great for evening out skin tone.

And there you have it, dolls!