Beaming Down to Earth for Eid in the Ultimate Iridescent Dress 👽

It may not feel all that long ago that you were last looking on in awe at my Eid outfit on Twitter, and you'd be right to feel tha... 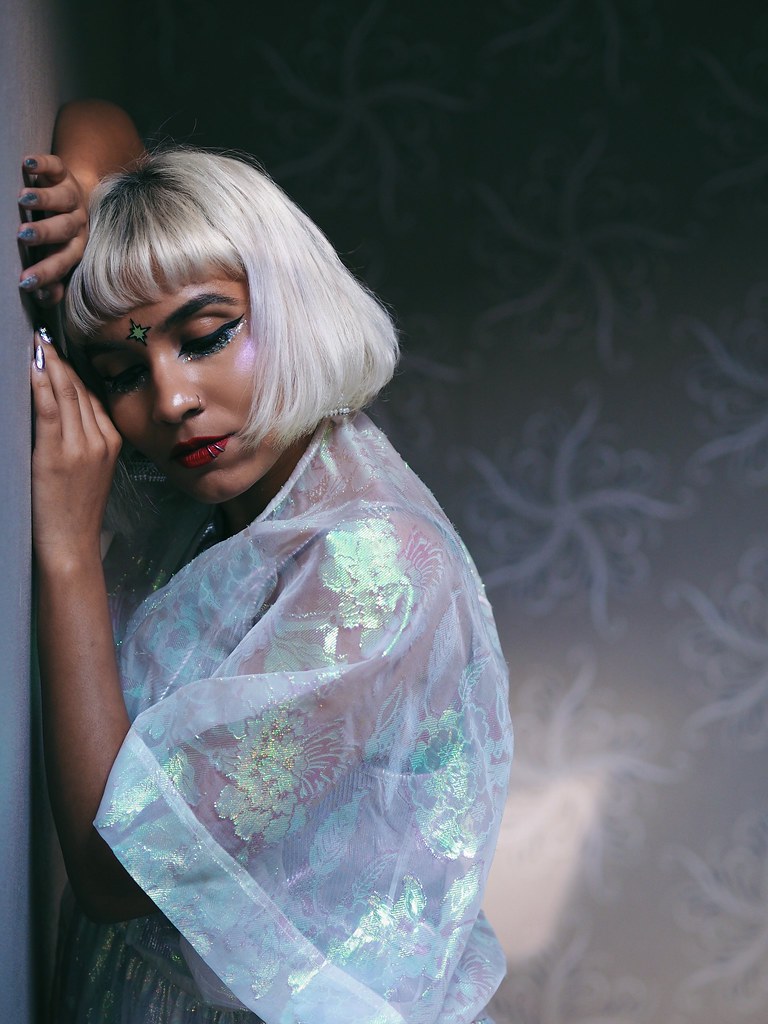 It may not feel all that long ago that you were last looking on in awe at my Eid outfit on Twitter, and you'd be right to feel that way, as it was only in June after all. But, there are actually two Eids each year. Whilst the first one draws to an end a month of fasting during daylight hours, the second one coincides with the end of the Hajj pilgrimage.

So yeah, we get two christmases per year, if you like, so that's two excuses to go all out on an outfit, makeup and nails, and two excuses for me to panic at the last minute as I haven't got my shit together, and there's only two days left to pull an outfit out of the bag. And yeah, whilst I left it a little last minute this time, again, I feel like I pulled something out of a pretty spectacular bag.

Eid does feel a little different now actually, mostly because my younger sister, my partner in crime, now lives in Yorkshire and isn't able to spend it with us anymore, but also because we're much less likely to have a full fucking lamb in the kitchen being cut up to be distributed to the neighbours.

Thankfully, these days, my family have seen sense and realised it's far better to have that done in a country where people have less wealth and less opportunity than ourselves. So say what you like about whether it's a good or bad thing, but when you're providing meat to those who ordinarily couldn't afford it, it's hard to criticise as a whole. Even though some of the 'traditions' around making a big show of it are pretty disgusting, and also not permissible in Islam.


We do have some traditions of our own at Eid, of course, and nothing quite beats my mum screaming up the stairs at 8am asking why I haven't woken up yet, and me sheepishly shouting back that I am awake, before going back under the duvet and watching YouTube videos for another half an hour. FYI, my current watches are Baby Groot videos and all this Jeffree Star drama that's going on. Though, I must admit, I have now stopped watching those, as it's so negative, bitchy and trashy that it starts to have an affect on me. 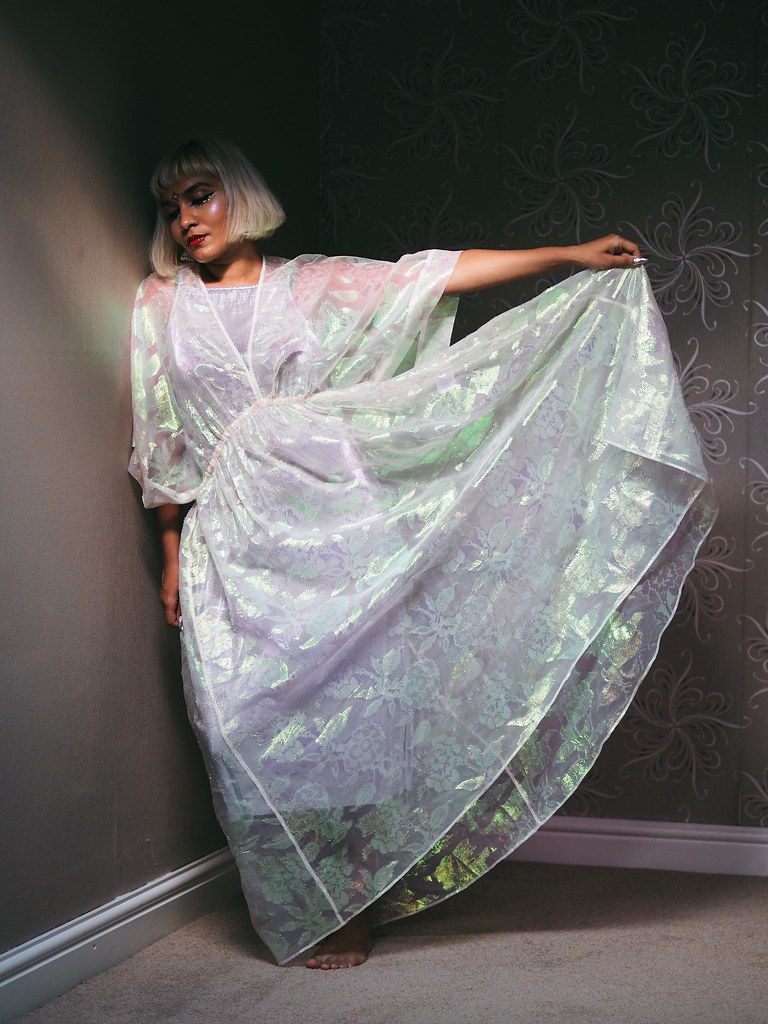 For my outfit this time, I wore an incredible dress I found on eBay of all places. It's a Tory Burch white iridescent number, that I'm told was actually a display model worn on the catwalk! Not sure whether that's accurate, but I don't care, it's blindingly gorgeous, and the iridescent thread woven into it really does shift colour as the fabric moves. 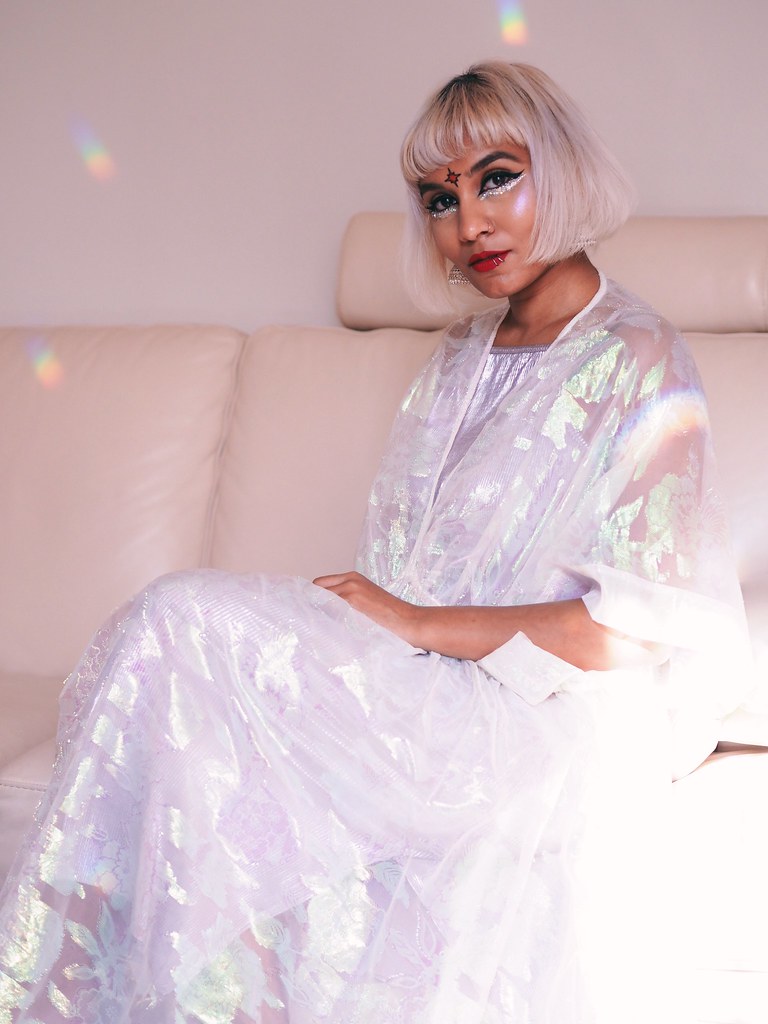 Me being me though, somehow managed to kind of fuck it up a bit, as at the end of the day, after wondering why it looked a little baggy, I realised it had a fucking drawstring at the back to tighten it up. AND THIS WAS AFTER THE OUTFIT SHOTS WERE TAKEN, and when there's Biryani with my name on it, there's no chance I'm posing all over again. No. Chance. 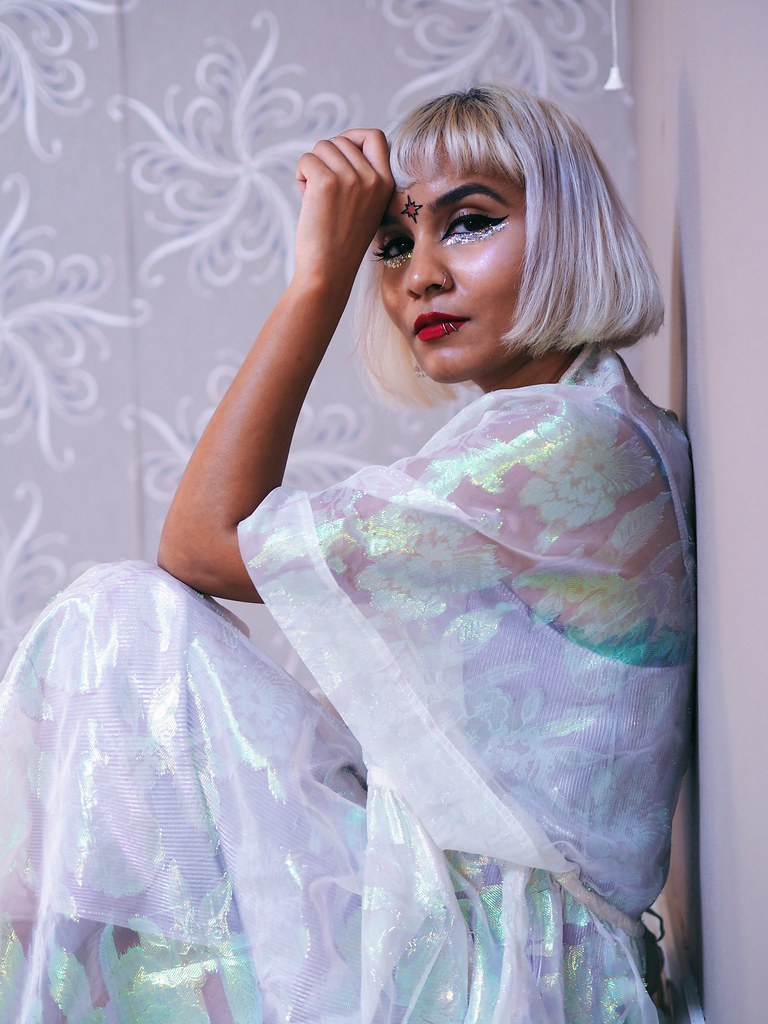 On the bright side, it's just another excuse to wear this beauty all over again, because technically, it will look like a completely different dress! 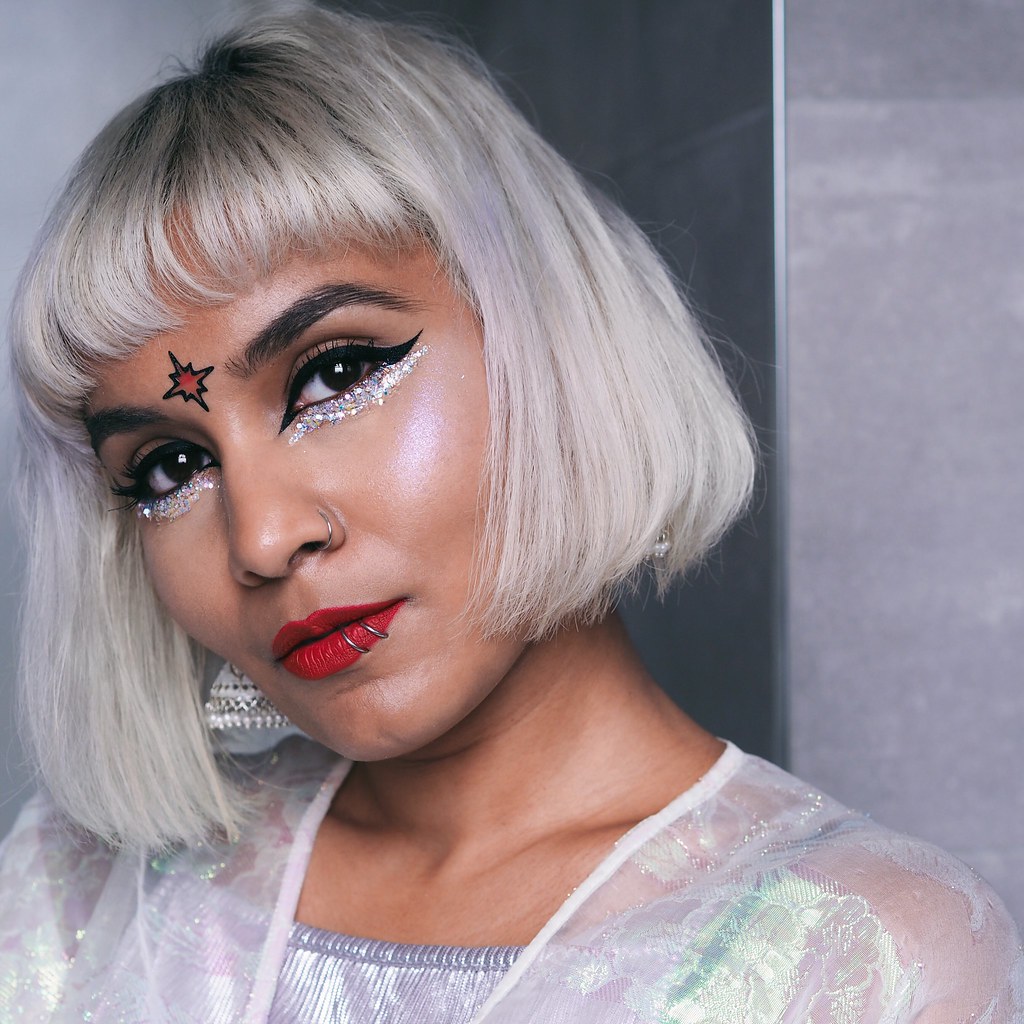 For the makeup this time, I drew inspiration from one of the Chanel Spring Haute Couture 2014 runway shows, where I saw a makeup look that gave the effect of encrusted crystals at the bottom, beneath a thick black liner at the top. Of course, I had to go over the top and lay on iridescent mixed-size glitter like crazy, but I think overall it worked! 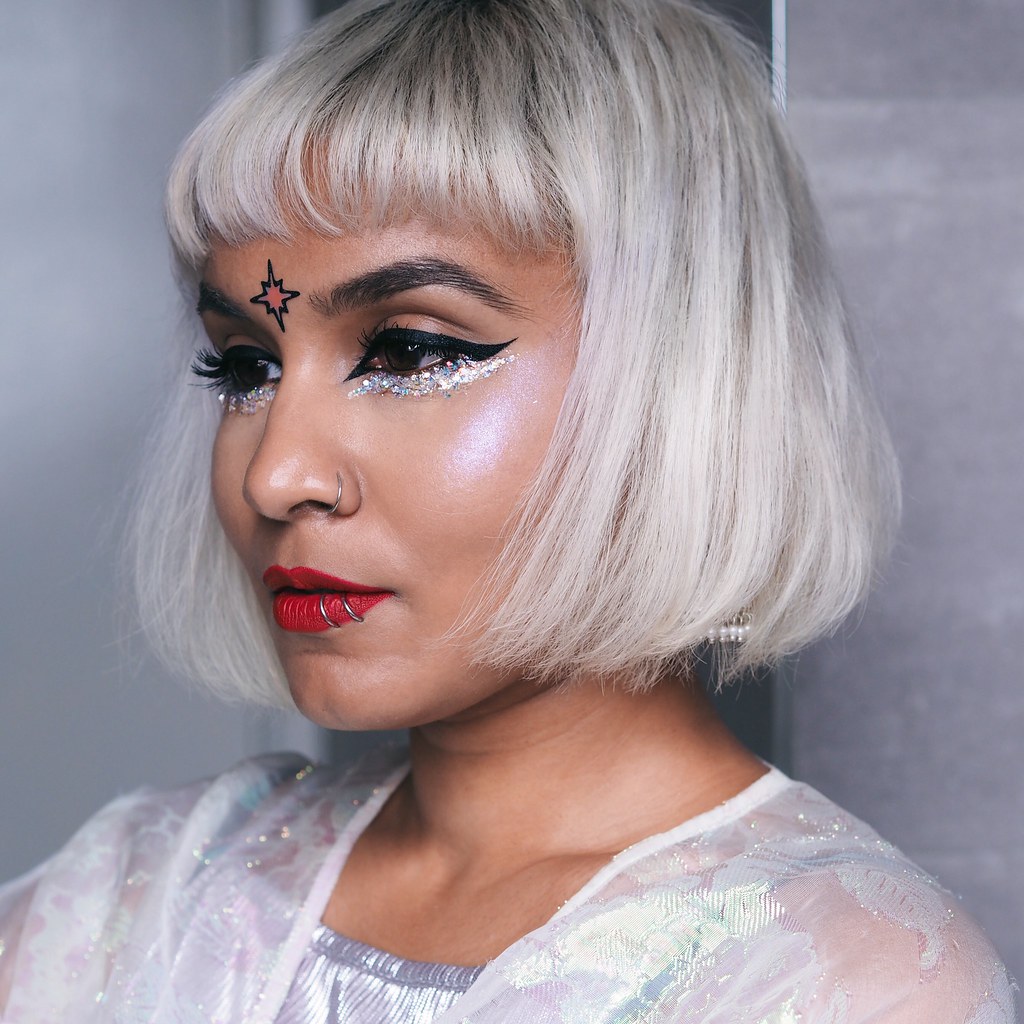 And here's the bad news, the next Eid is in early June 2019, so you've got 10 months to wait for my next Eid outfit, and I've got another 9 months and 2 weeks of not doing anything about it, followed by two weeks of panic stations. Still, it's all about the destination, forget the journey.