In case you didn't know it already, H&M have their own beauty range. Also, if you really  didn't know that, just where... 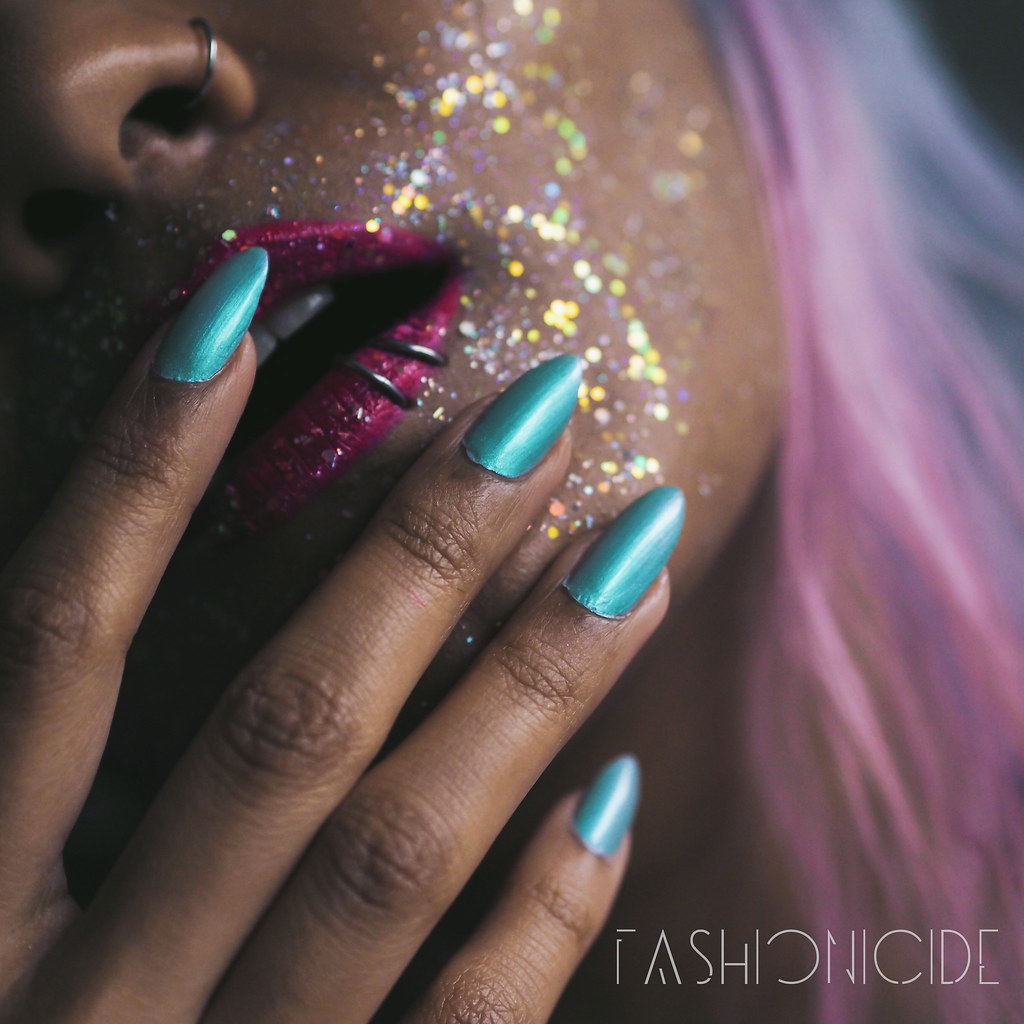 In case you didn't know it already, H&M have their own beauty range. Also, if you really didn't know that, just where have you been?

Their range includes a huge collection of liquid lipsticks, eyeshadows and yes even nail polishes. And my, the range of nail polishes is vast, so vast in fact, they are fast becoming my go-to polishes. And don't spit out your coffee on me, I'm even going to go as far as to say that I much prefer them to Barry M. I'll just give you a moment to digest that before we go on...

Ok, so now that you've regained consciousness, the reason I'm committing such blasphemy and preferring H&M's nail polishes over our beloved Barry M, is due to the colour selection. It really is huge, and contains something for everyone. For example, if you're looking for a mint shade, they have that. But, they have four or five various different options to choose from! They also go above and beyond the standard colours by giving so many shade options, as well as offering iridescents and metallics. 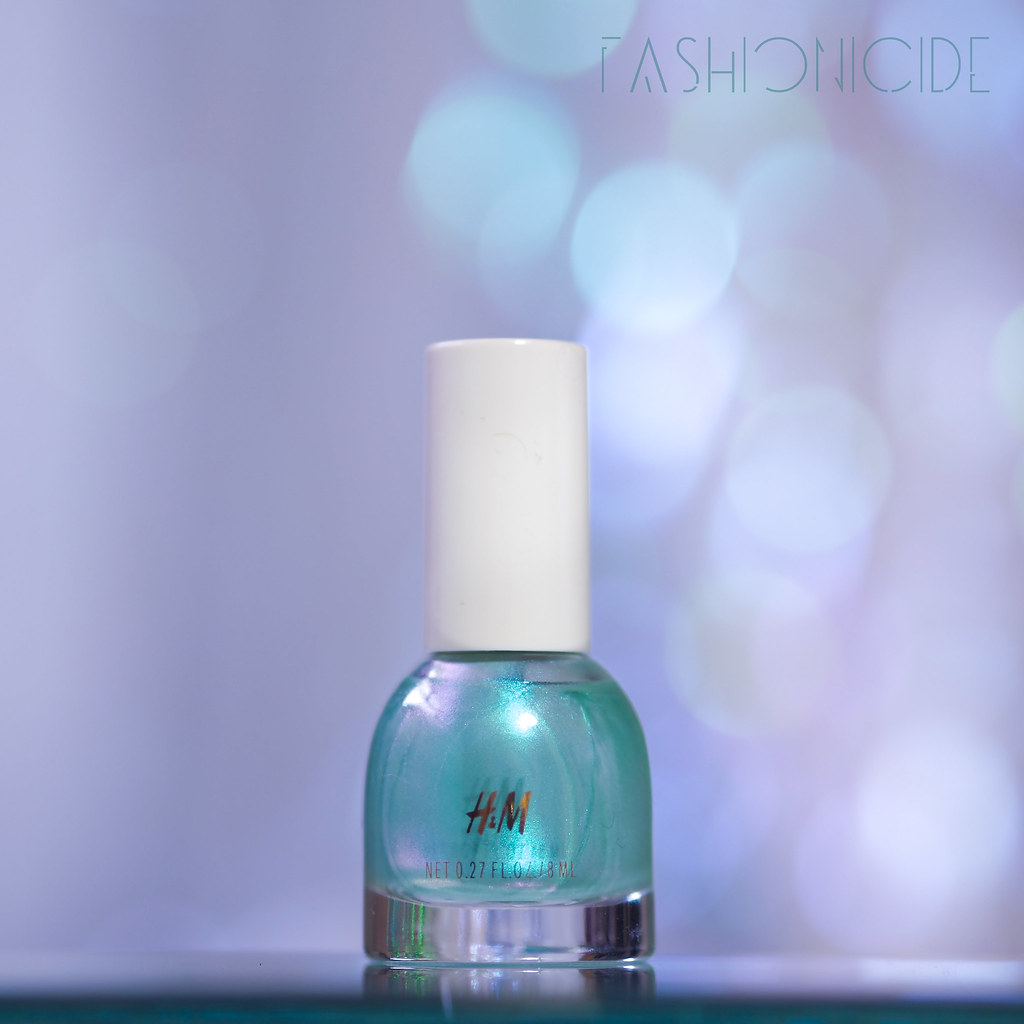 I'd gone in to H&M to replace my beloved 'Skylight' polish, which can best be described as looking like Alien Blood. Unfortunately they didn't have any, and there didn't seem to be any space for it on the display either, so perhaps Aliens have stopped donating their blood for us earthlings to wear it on our talons? So I had a good browse through the range and purchased 'Toprock' instead, which is a turquoise iridescent shade with a slight pink sheen that appears as the light shifts.

The formula is smooth, possibly the smoothest I've ever tried, and is slightly runnier than most other polishes out there, making application easy. It does take about three coats to get that opaque look, but if your nails are shorter than mine you could probably get away with just two. I also found that you don't get bubbles appearing as you layer it on, like other polishes. It's long lasting too, I'm wearing it as I type, and have had it on my nails almost a week, with minimal chips around the tips, but that's more to do with how sharp they are. The bottles also look minimal and sleek, making for good dressing table eye candy. 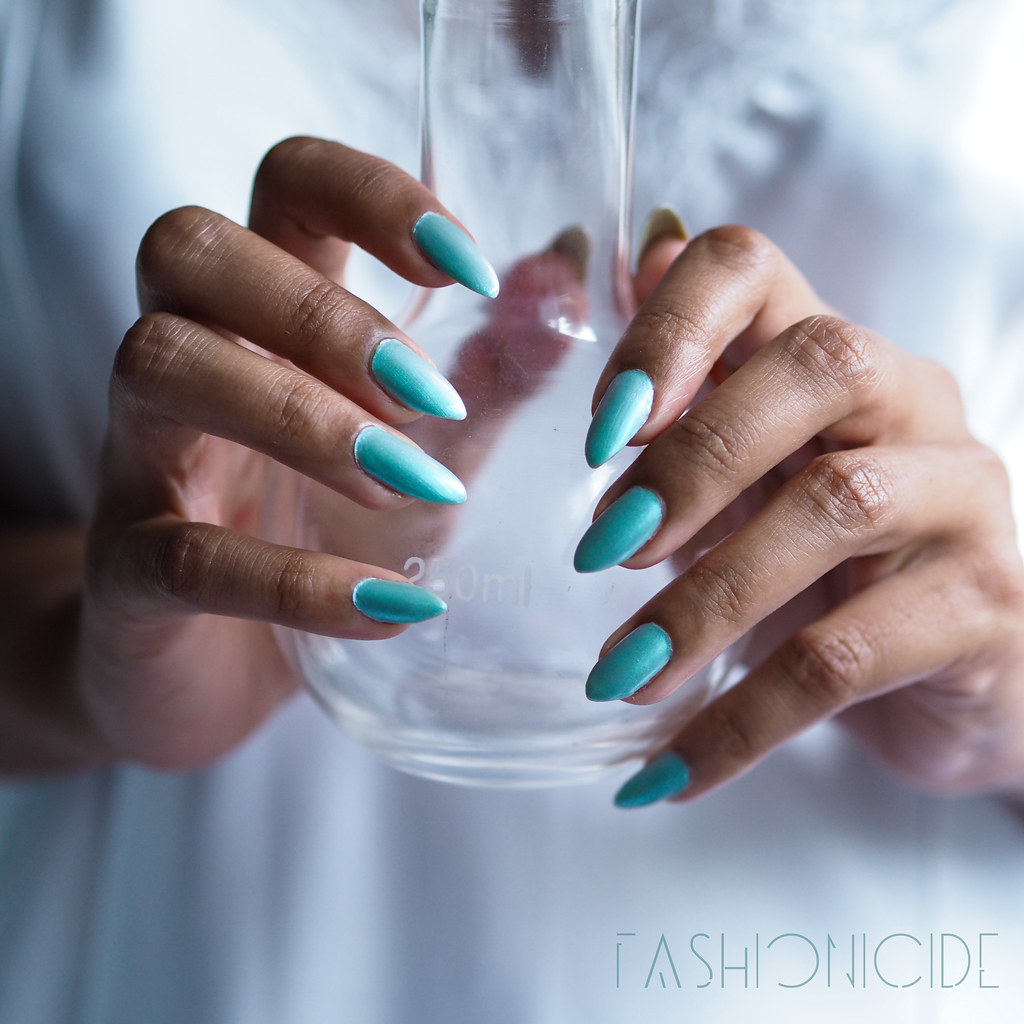 The great thing about the H&M nail polish range is that they cost just £3.99, so it's fairly cheap to try out a new shade. Though I would say that it would be nice if they ran some deals on them occasionally, in a similar fashion to those we see on Barry M every so often.