Yep, stranded. It sounds quite dramatic, and whilst it all worked out well in the end, for 12 hours or so, the prospect of being strand... 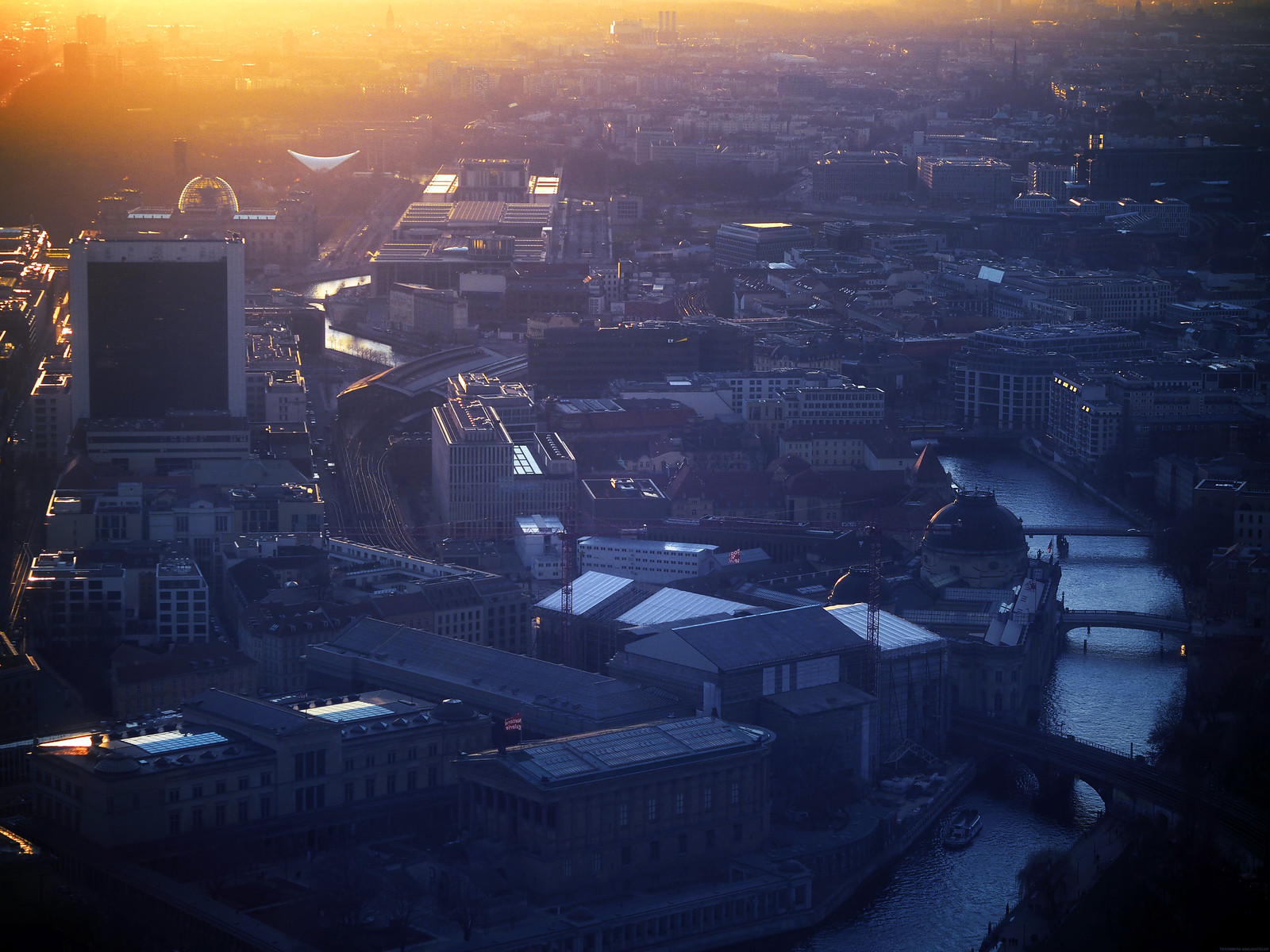 Yep, stranded. It sounds quite dramatic, and whilst it all worked out well in the end, for 12 hours or so, the prospect of being stranded in Berlin was very real. And now you're probably wondering: ''but how though?'

Put simply, the ground staff at Berlin's airports have been going on strike over the past few months. In fact, they were on strike until 5am the morning I arrived, so I was afraid my flight would be diverted to Dresden and face a four hour bus journey that would eat in to my precious Berlin-time. As it happened, I flew direct to Berlin's Schonefeld Airport, arriving into this most magnificent of cities at 11am on the Saturday morning, and that was the end of that.

In just three days, I managed to pack so much in, with barely any pause for breath or thought about anything other than how much I loved this place, I'd completely forgotten about all the strikes until EasyJet sent me a text at 10pm on Monday saying I needed to call them as my flight at 10am on Tuesday was cancelled. I called them: "The opening hours are 8am-8pm Monday to Fri..."

After a few hours scrambling around trying to figure out what to do, I managed to get on another EasyJet flight out of Berlin - on Thursday. Two days later than originally planned. And EasyJet's app wasn't working, so I had no idea where I'd be staying. ARGH. Luckily the OH has some pretty good travel insurance, so we got everything sorted in the end - including an earlier flight back - but hey, at least we got an extra day! 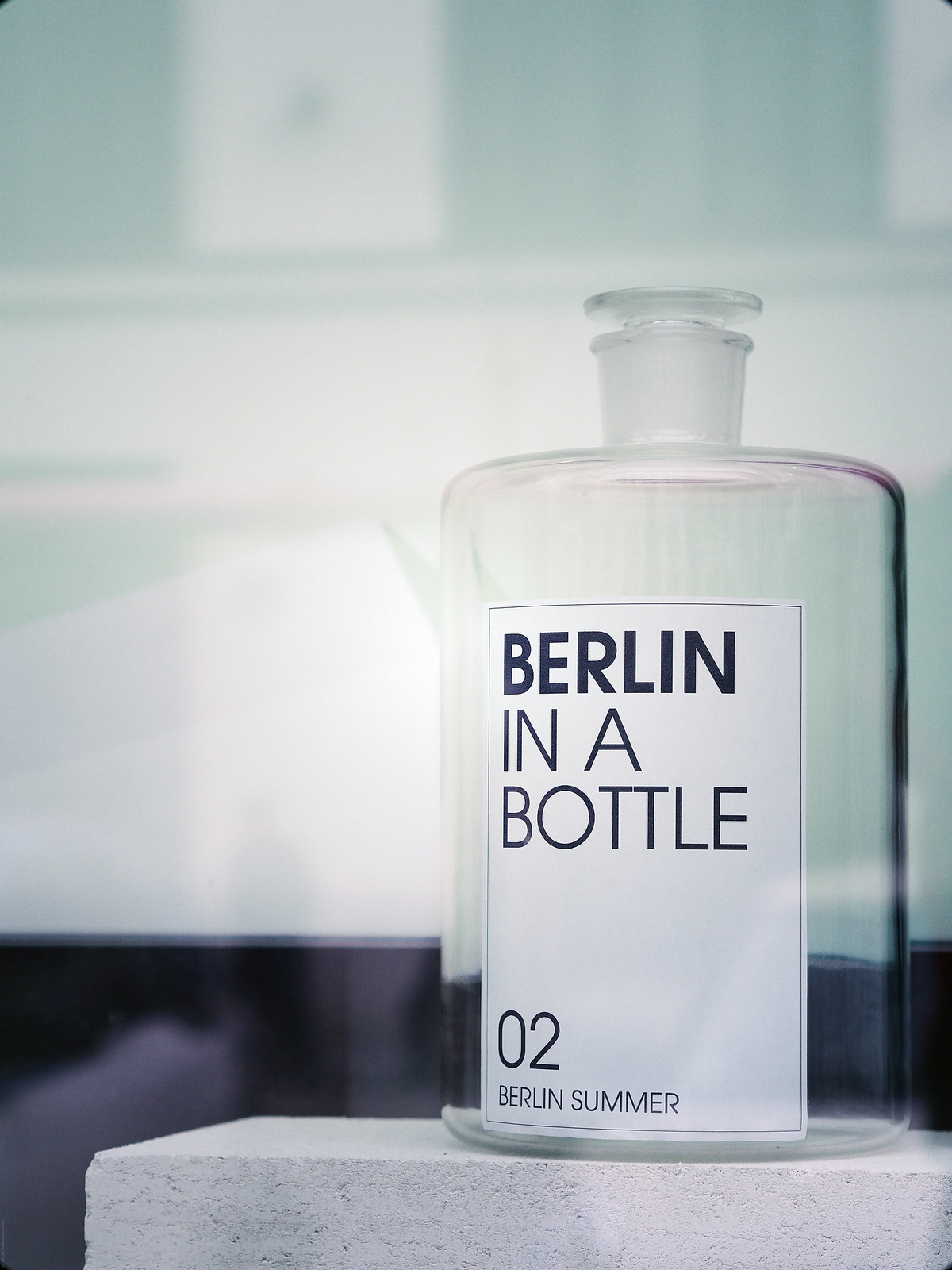 As for Berlin itself. WOW. I've never really been one to travel to Europe, I tend to venture further east because I've always found it more interesting. But with recent political events in the UK and the US, I was struck by a comment from the Mayor of Berlin about tearing down walls, not building them and it kind of hit me that Berlin is the perfect place to visit to get a feel for what might happen if we continue along this populist path we find ourselves on.

And I was right. Everything about Berlin has a certain air of poignancy, and importance. You can't help but wander through it's mesmerising, wide open streets and lose yourself in deep thought. The walls, the roads, the trees - if only they could talk, they'd have some stories to tell, and that feeling just oozes from every corner. 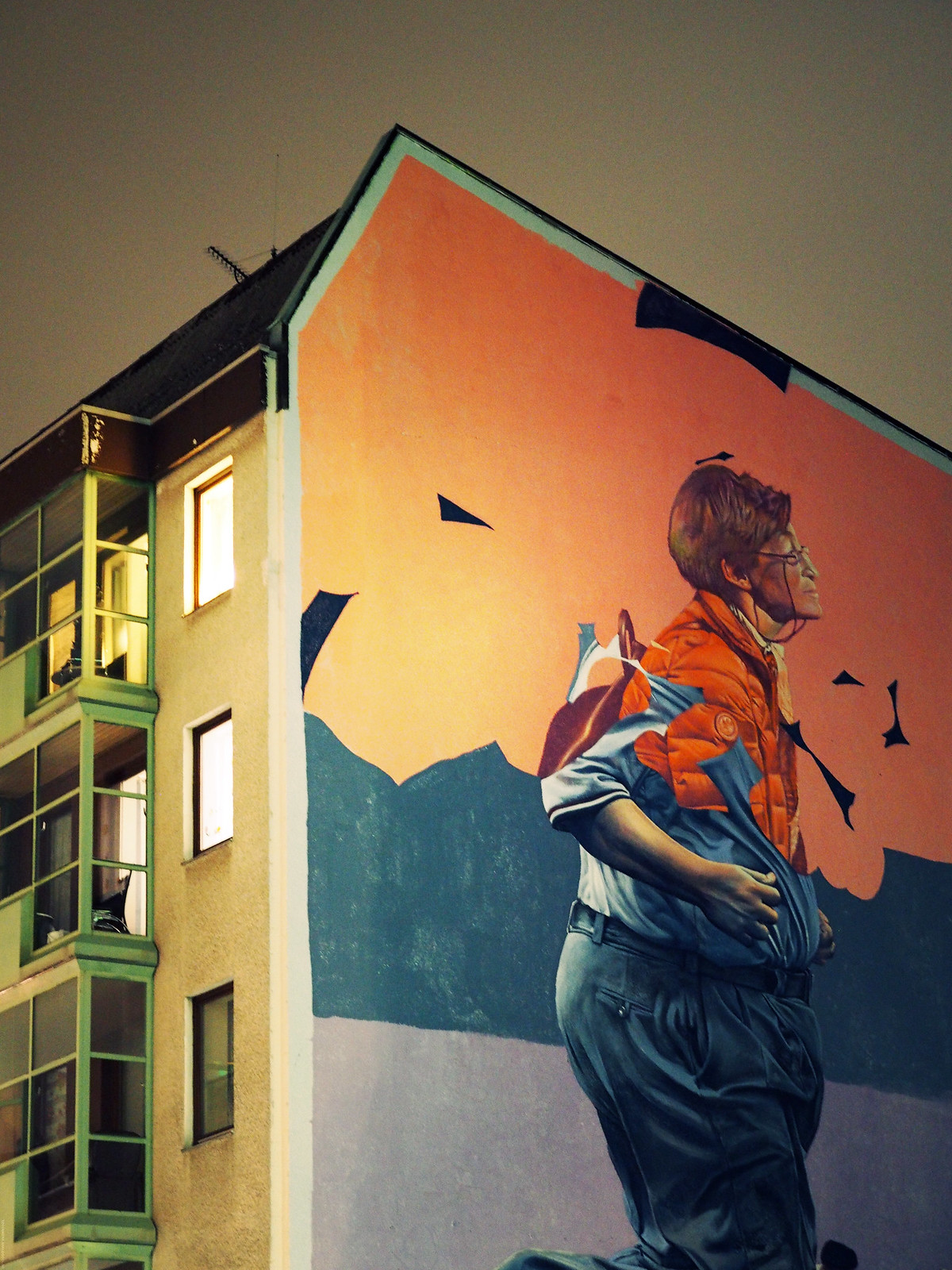 Walking through the streets at first, I kind of felt that it was very similar to Britain in terms of appearance, atmosphere and culture, but by the third day I was starting to appreciate all of the little things that add up to make it so very different. For a start, Berlin is huge - over 3 million people live there, but it doesn't ever feel rushed, congested or claustrophobic. The streets in the central areas are so wide and expansive, I felt like I could actually breathe.

Within the first half hour of arriving, you'll notice there's an awful lot of street art of varying degrees of quality. Some of it looks like it's been created by professional artists, some of it looks like it's been done by school kids who've gotten hold of a permanent marker for the first time, but almost all of it is political or artistic in nature, and often even both. This makes almost every wall in this city interesting, if you're not constantly looking around, paying attention to your surroundings, you'll probably miss out on something special, or strange. 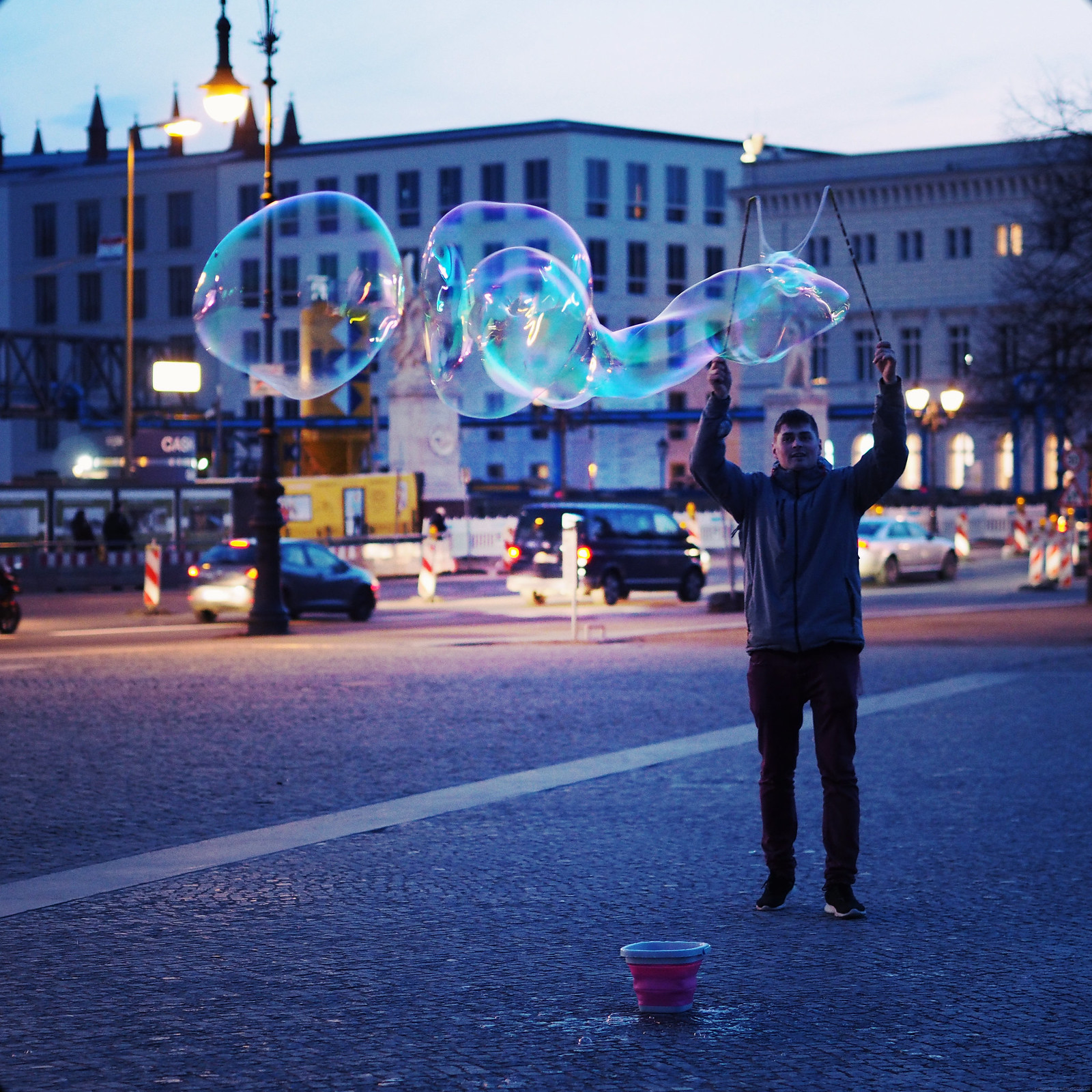 The people aren't especially friendly or unfriendly, they just seem to get on with whatever it is they're doing, without really caring who you are, what you're doing, or more importantly where you're from. This is especially unusual for me, because in the UK there's always been that undercurrent of anti-foreign sentiment, which has become a bit of an overcurrent recently. I didn't experience any of that in Berlin during my stay. 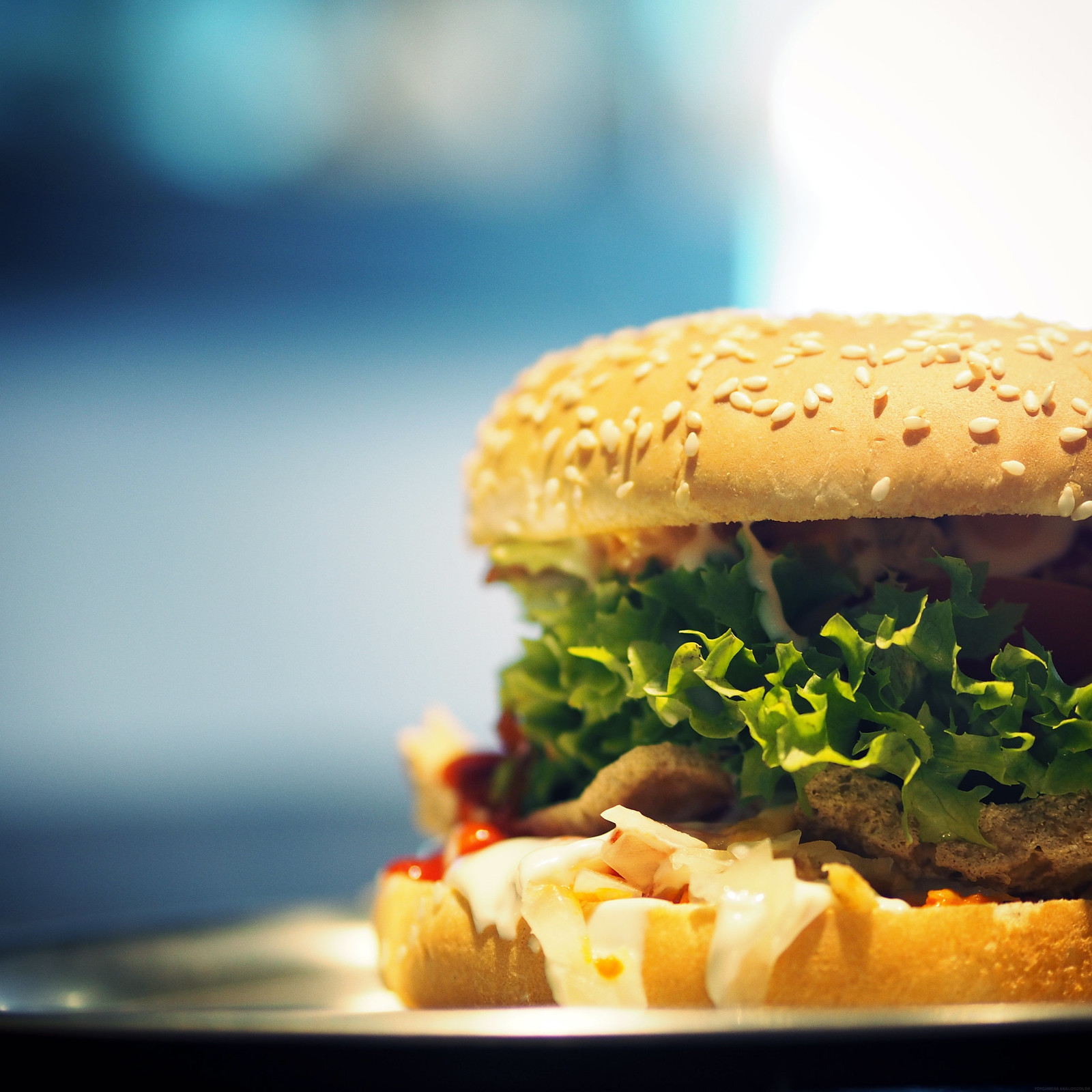 A Tofu Burger - tastes as good as it sounds, and looks!

In comparison to Manchester, and possibly even the UK in general, Berlin is a veggie-heaven. Whilst the Germans are madly in love with sausage, they're also pretty liberal with their food, so if you have any special dietary requirements, you'll have plenty to choose from. A few observations about food then: 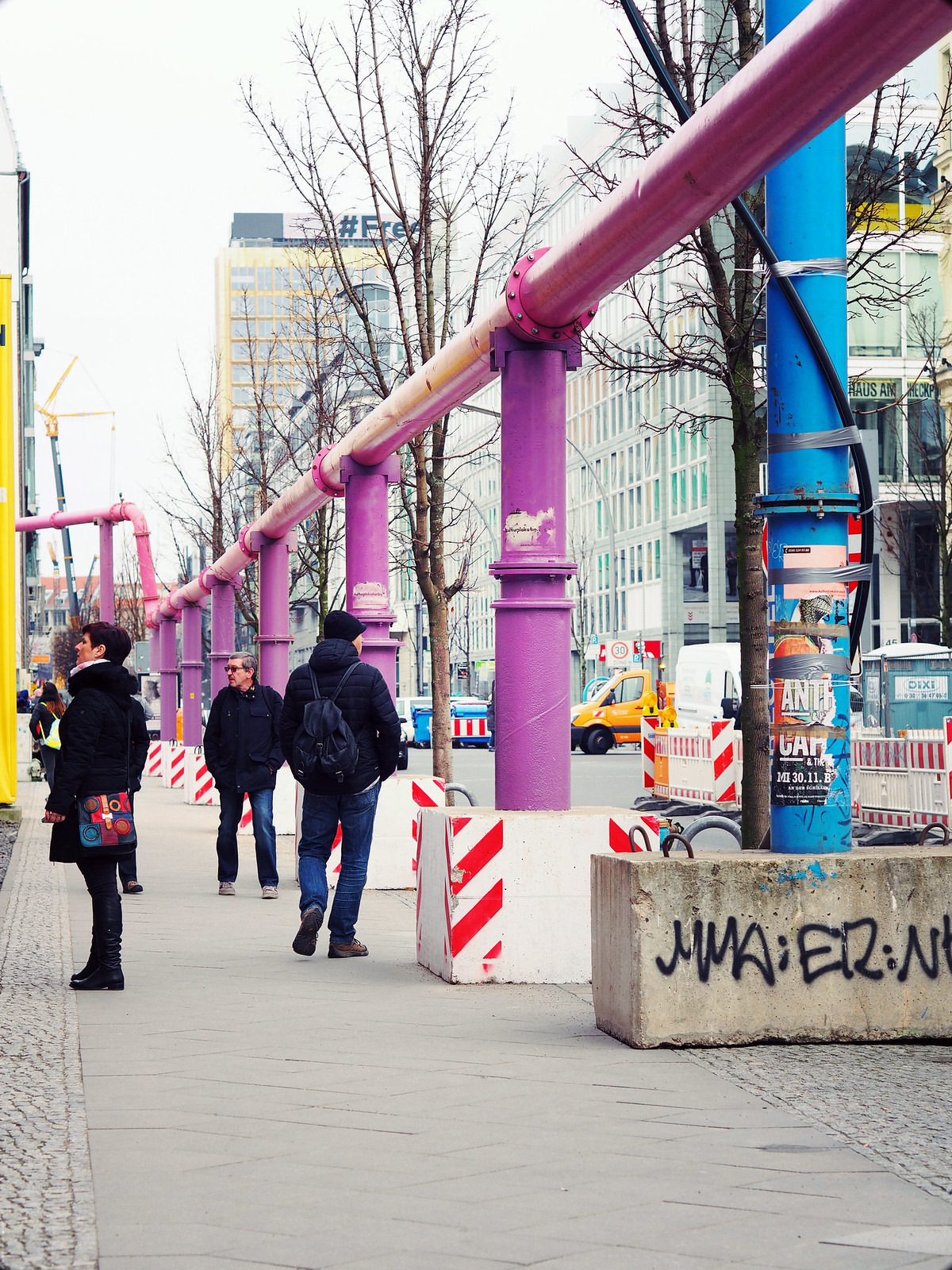 I also noticed a lot of industrial looking pink pipes dotted around the place, that seemed to fit in with the hipstery-vibe that Berlin gives off. At first I thought they were just some kind of quirky urban decor thing, then I wondered if they actually tracked the former location of the Berlin Wall, before finally I was told that they actually pump ground water away from construction sites and deposit it in nearby lakes and rivers, to stop the foundations of new buildings from flooding. Sadly, the reality is a lot less romantic and, dare I say it, a lot more German-efficiency. Still, they capture the imagination.

There were two main things that I wanted to gain from this short trip - firstly, I wanted to find out what exactly the Berlin Wall was, and why it was built, and secondly I wanted to learn more about the Nazis and Hitler. I never studied history at school at all, so my knowledge of both was pretty basic to say the least. 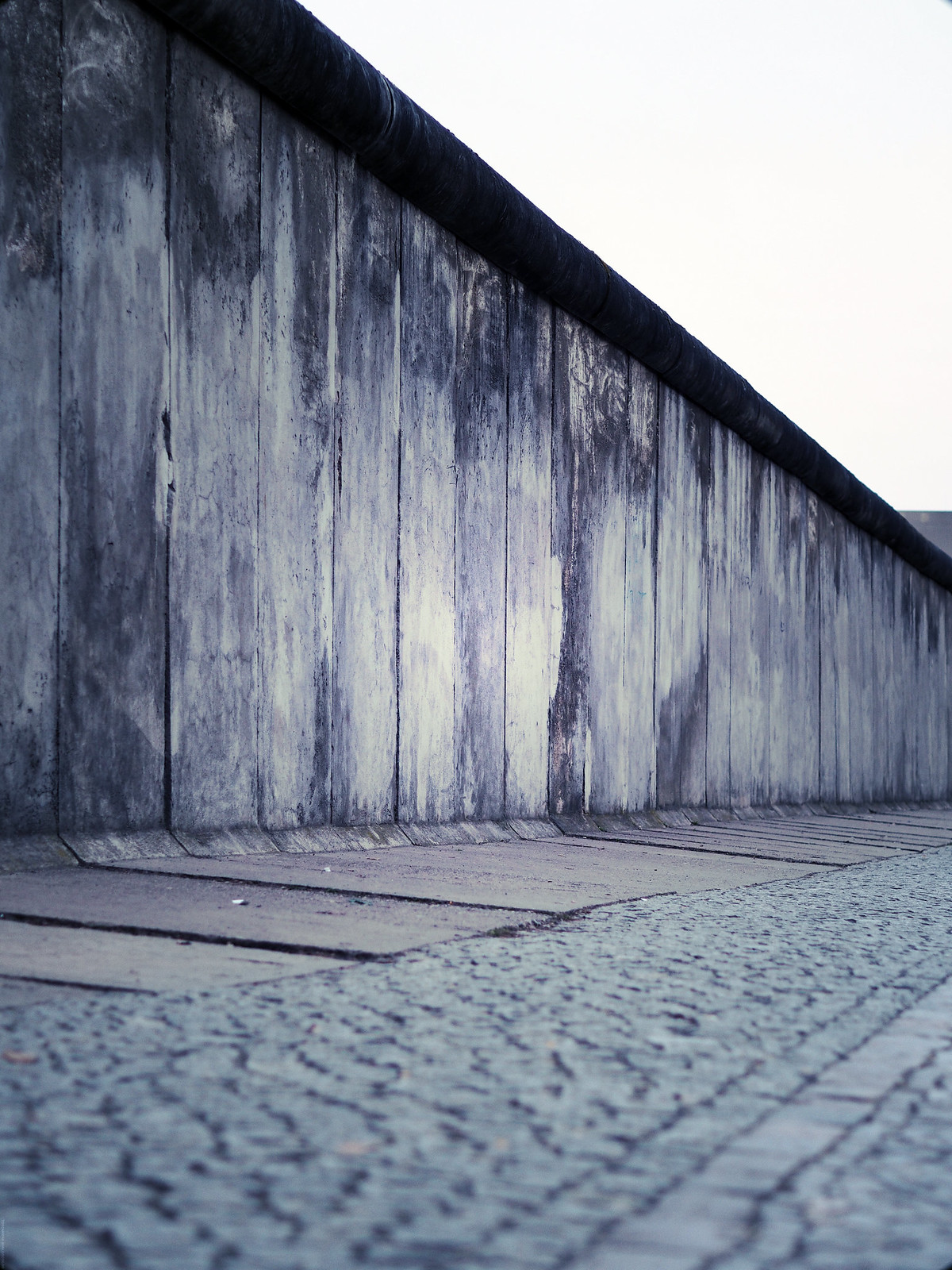 To learn about the wall, I went to Bernauer Straße (that weird looking B actually represents 'ss'!) to see a reconstruction of the wall and a museum. I have to say, the wall itself pales in comparison to the separation wall that exists currently in the West Bank, and I found myself thinking how hypocritical it is that we make such a big deal about how bad the Berlin Wall was, yet we don't really learn the lessons of history, and keep pretty quiet about an actual wall that exists today with a very similar tyrannical purpose.

That being said, it was still a barrier placed in the heart of a thriving city separating streets, neighbourhoods and families where it took over 20 years for humanity to prevail, and for the wall to be torn down. Walking through the city, you can still get a feel for whether you're on the Eastern side or the Western side, and along the path of the wall itself, the buildings retain a mysterious aura about them - they've seen real pain and struggle. 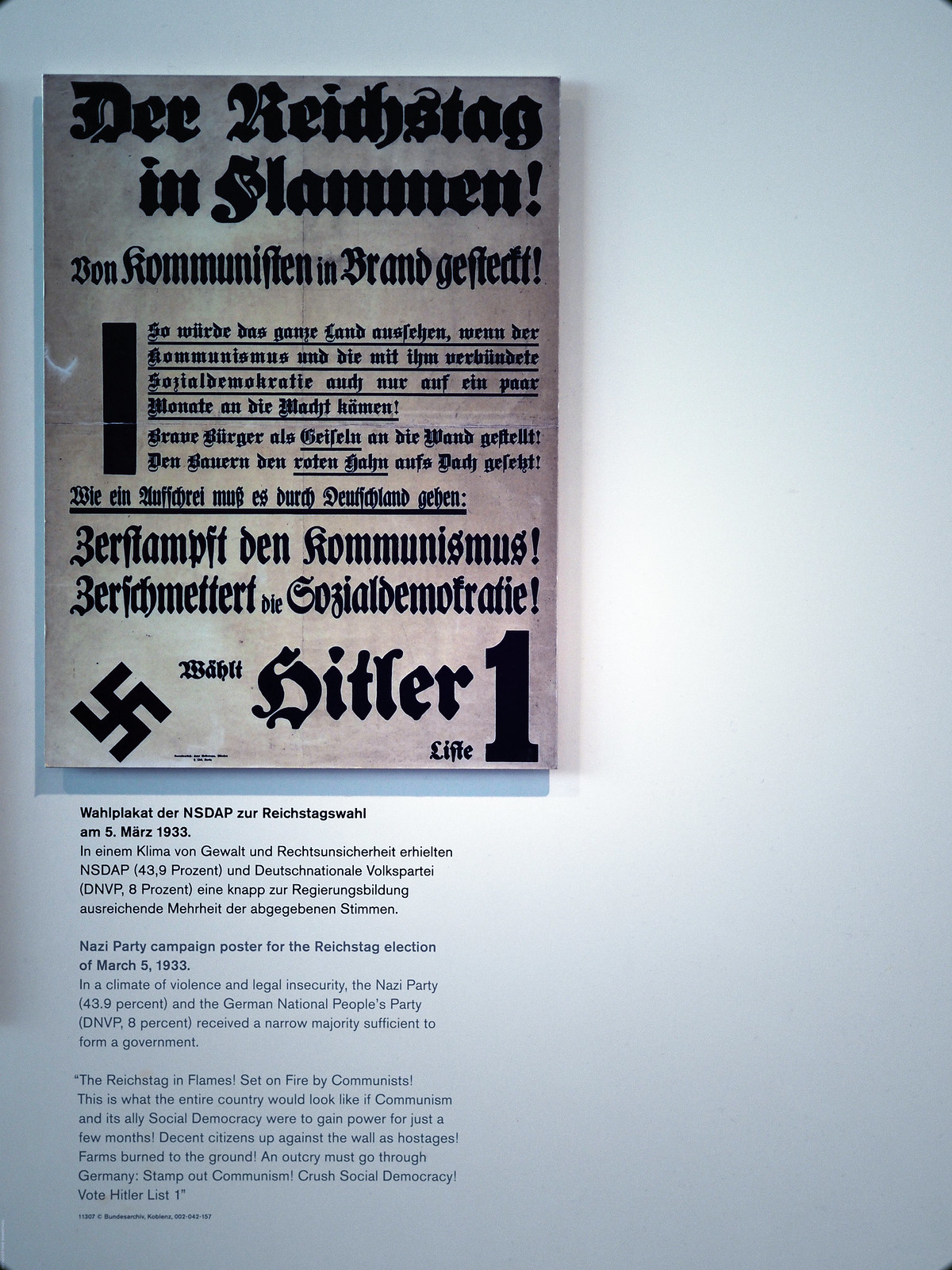 As for the Nazis, I went to the Topographie des Terrors museum. This is probably one of the most informative museums I've ever visited, and it's also quite a harrowing experience just to read about what the Nazis did, how they ascended to power, how they appealed to the masses, and how they tortured and murdered millions. It was a very sobering experience, not something for the light-hearted, but certainly a necessary one. Seeing how the Nazis took control of Germany, there are echoes of current world leaders, and I left wondering how soon it is before history repeats itself.

From what I gathered, they were pretty extroverted in their disdain for Jews, non-Germans, people with disabilities and homosexuals, and led a propaganda campaign to convince ordinary Germans that it was ok to hate these groups of people. It seems that those who covet power have learned from the Nazis. They've learned how to apply similar principles in today's world, without necessarily being explicit in their hatred. The leading figures were also cowards, who killed themselves to escape punishment when their reign of terror was at its end.

It was on the U-bahn home from this museum that it started to sink in, exactly where I was, the history this place has actually seen, and it felt overbearingly haunting. I was ready to go home now, but unfortunately my plane wasn't. 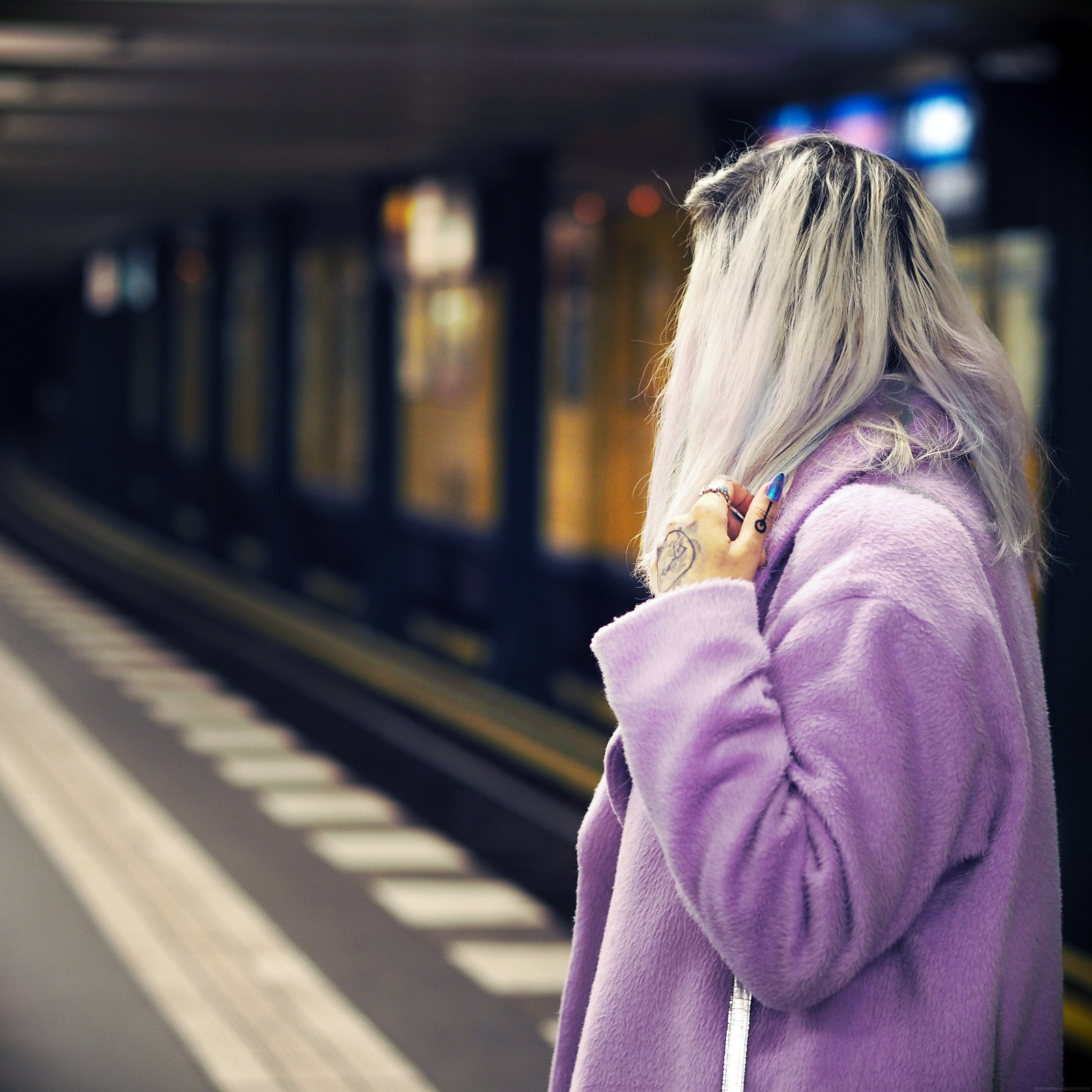 Waiting for the U-bahn - you're never usually waiting long though 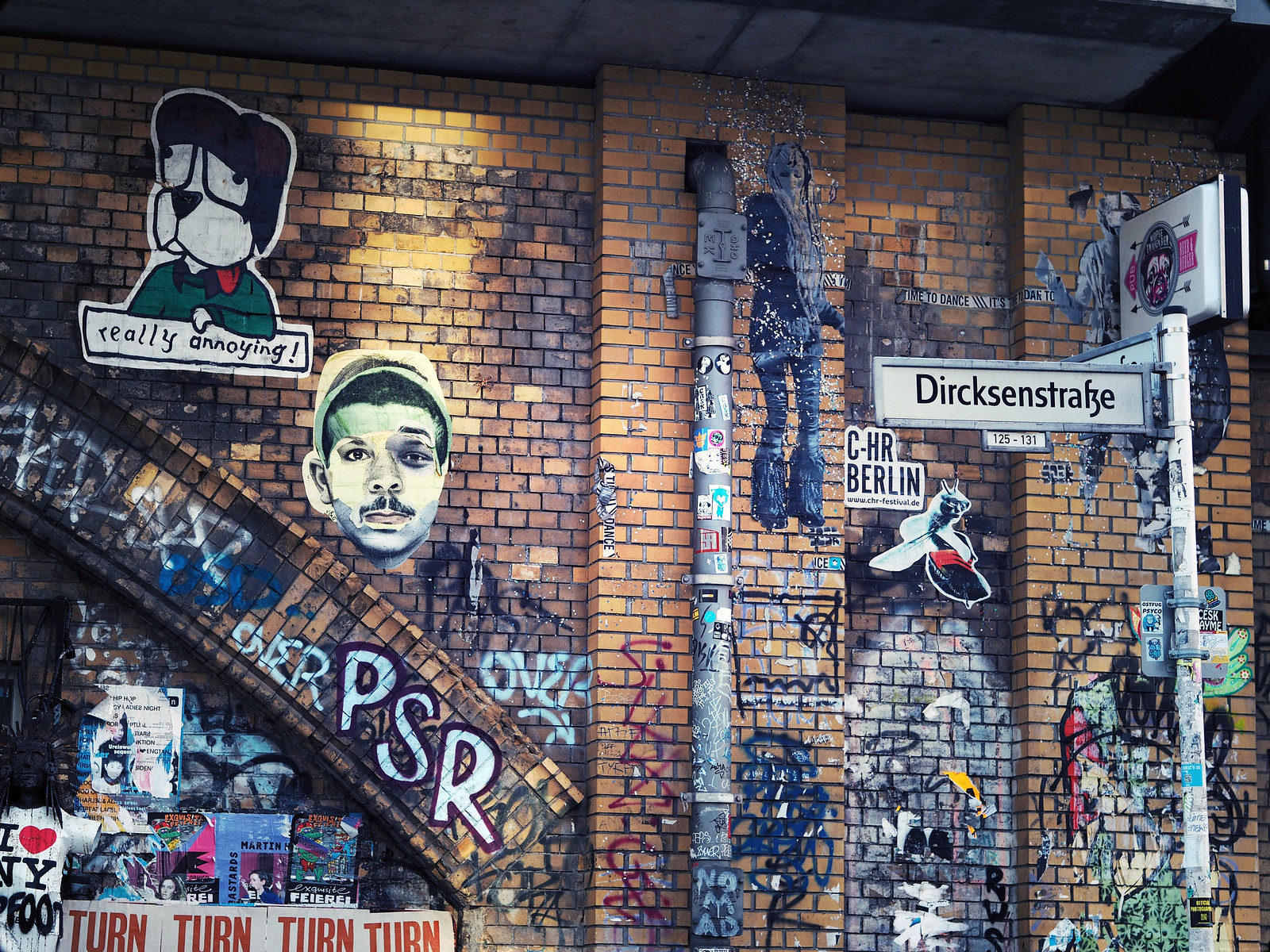 No wall space goes to waste 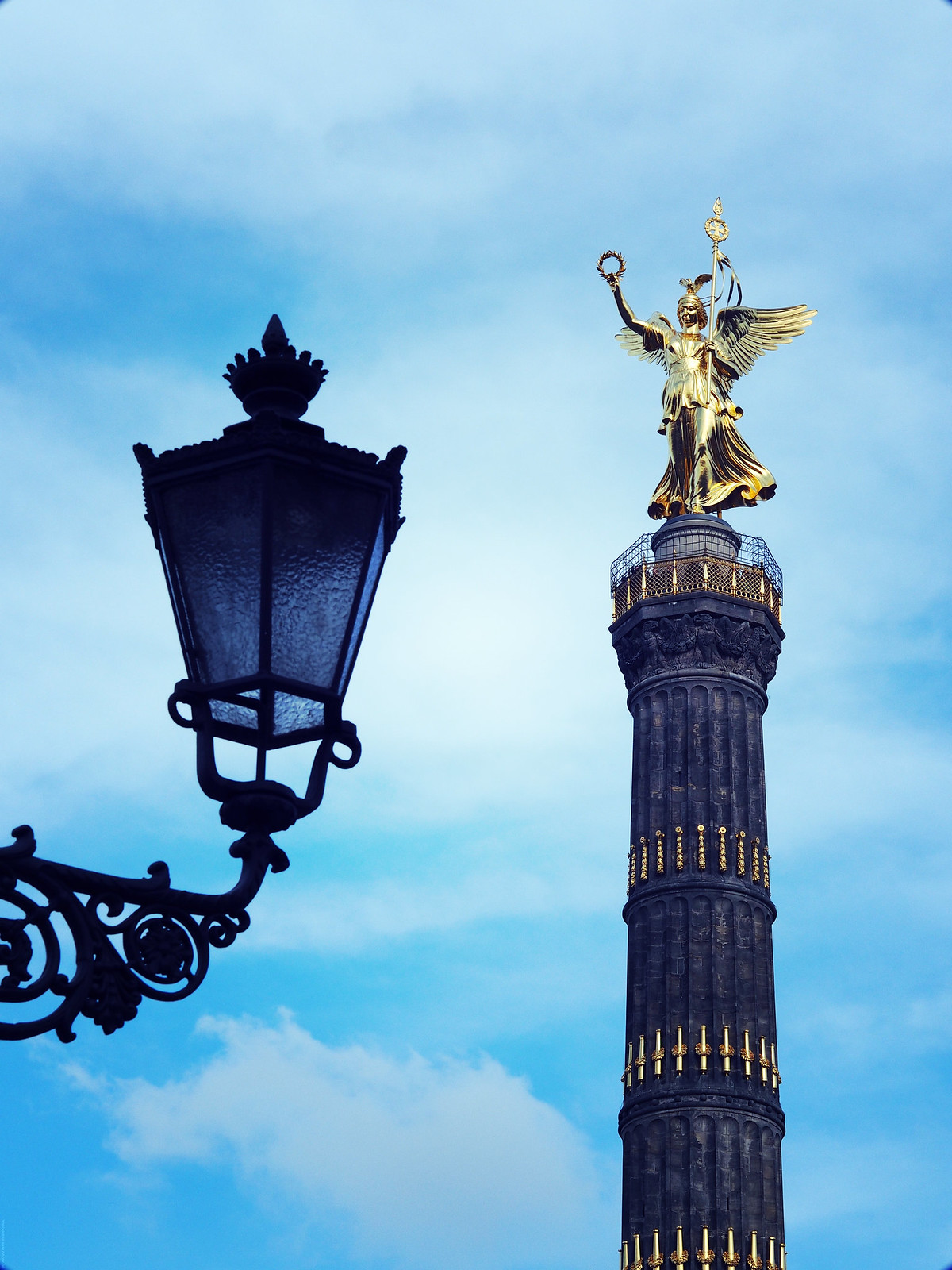 The Victory Column or Siegessäule 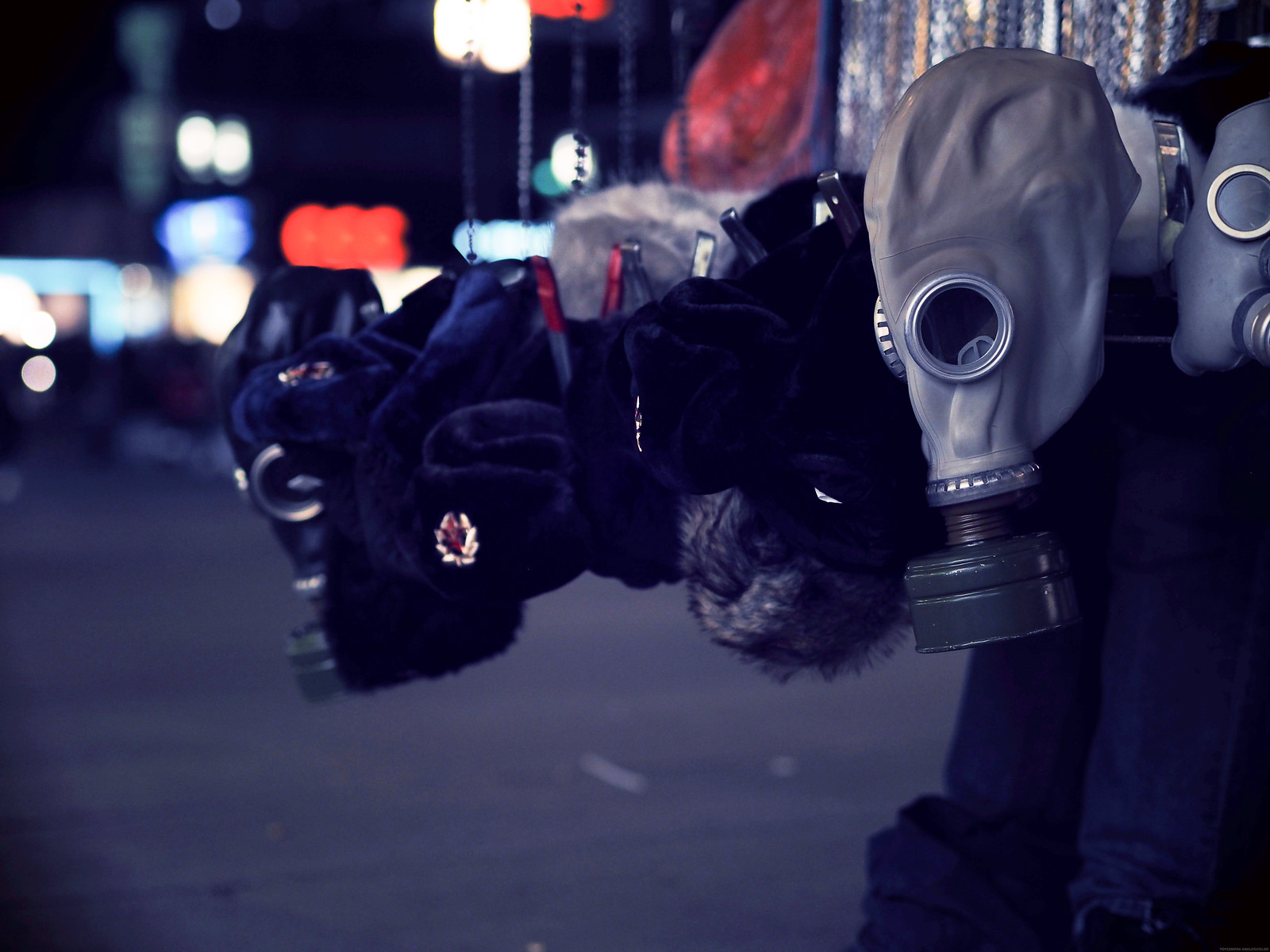 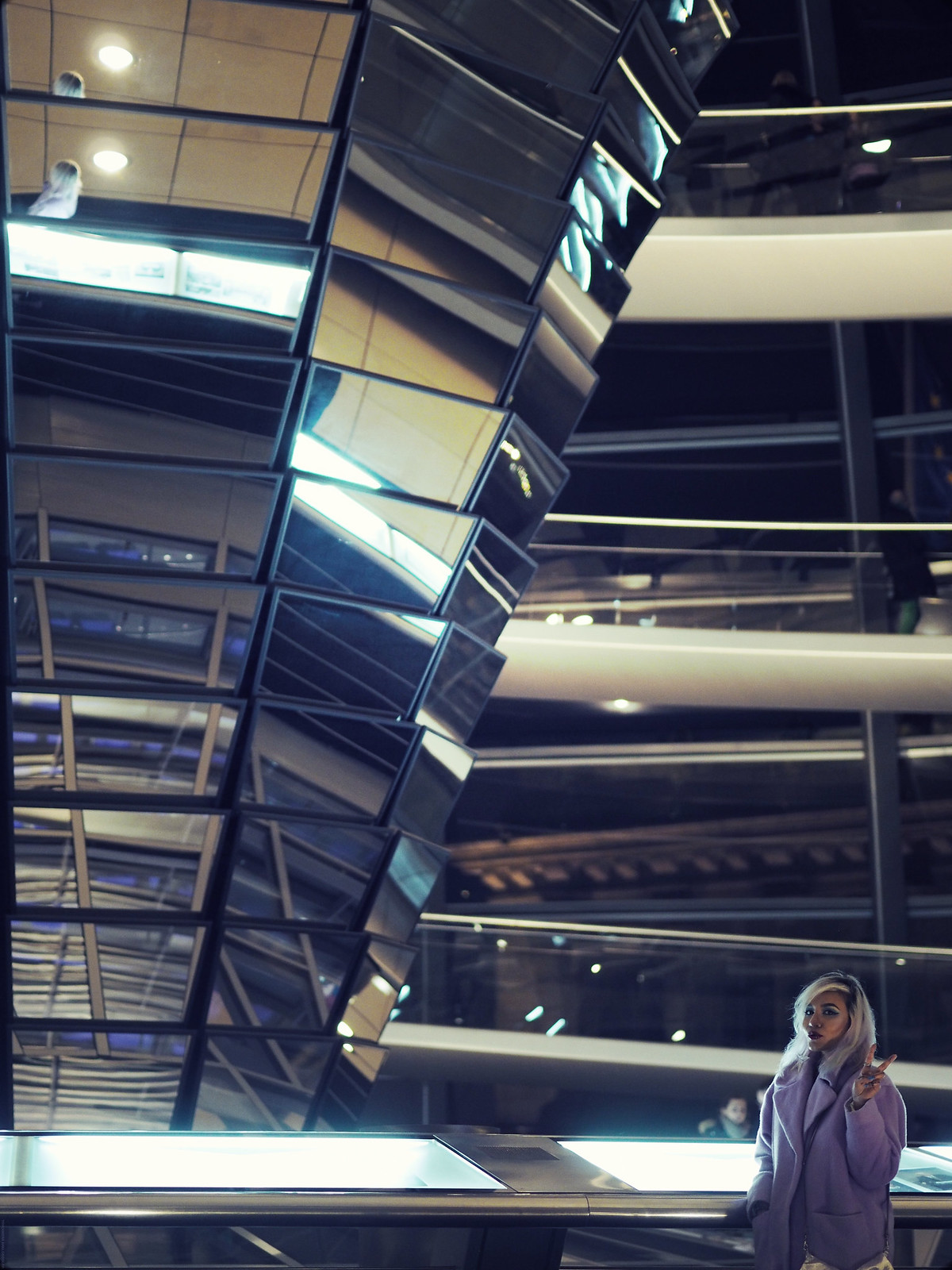 At the Reichstag - The German equivalent to the Houses of Parliament 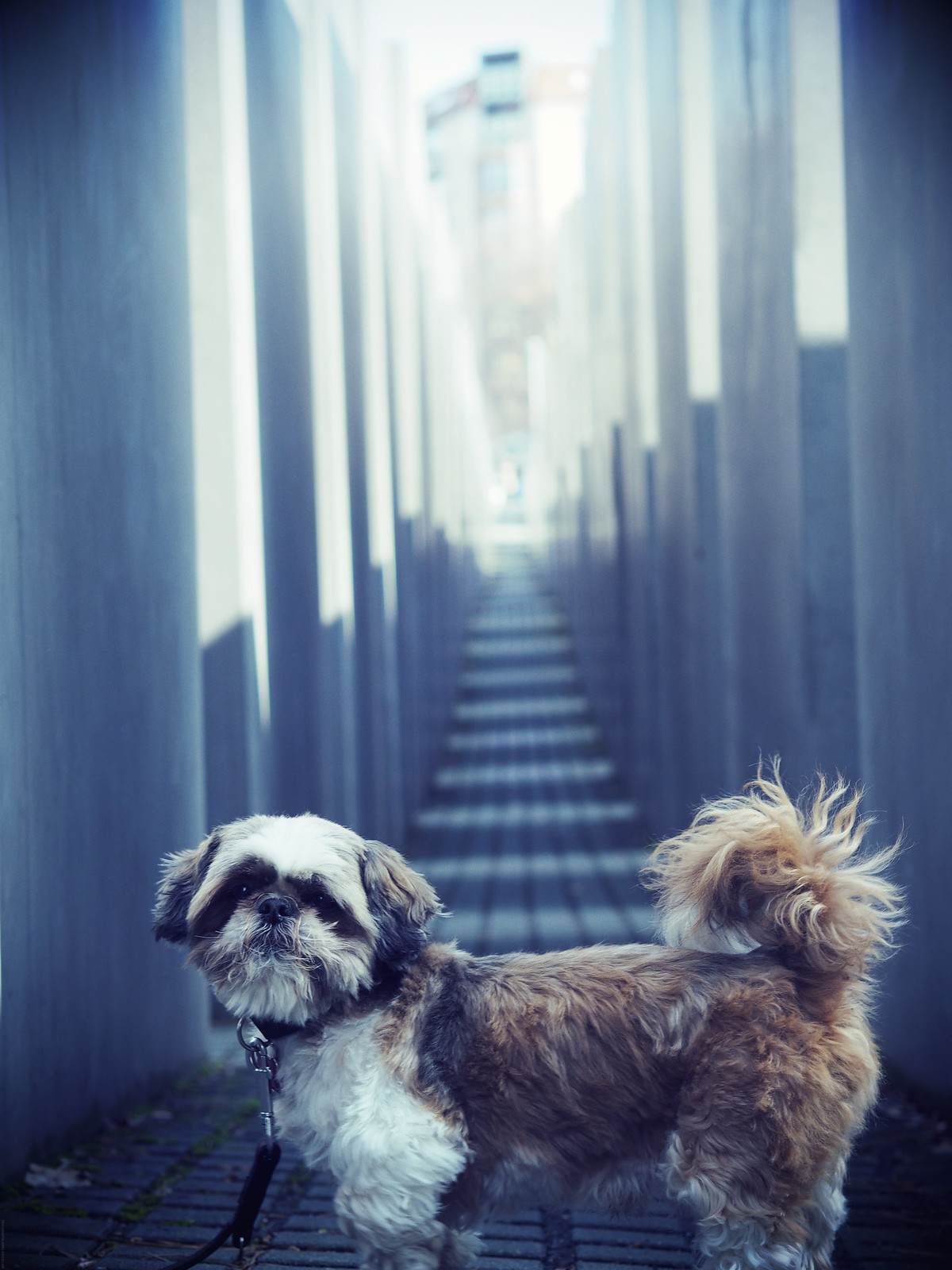 This little doggy stopped by to say Guten Tag at The Memorial to the Murdered Jews of Europe - a truly haunting place. 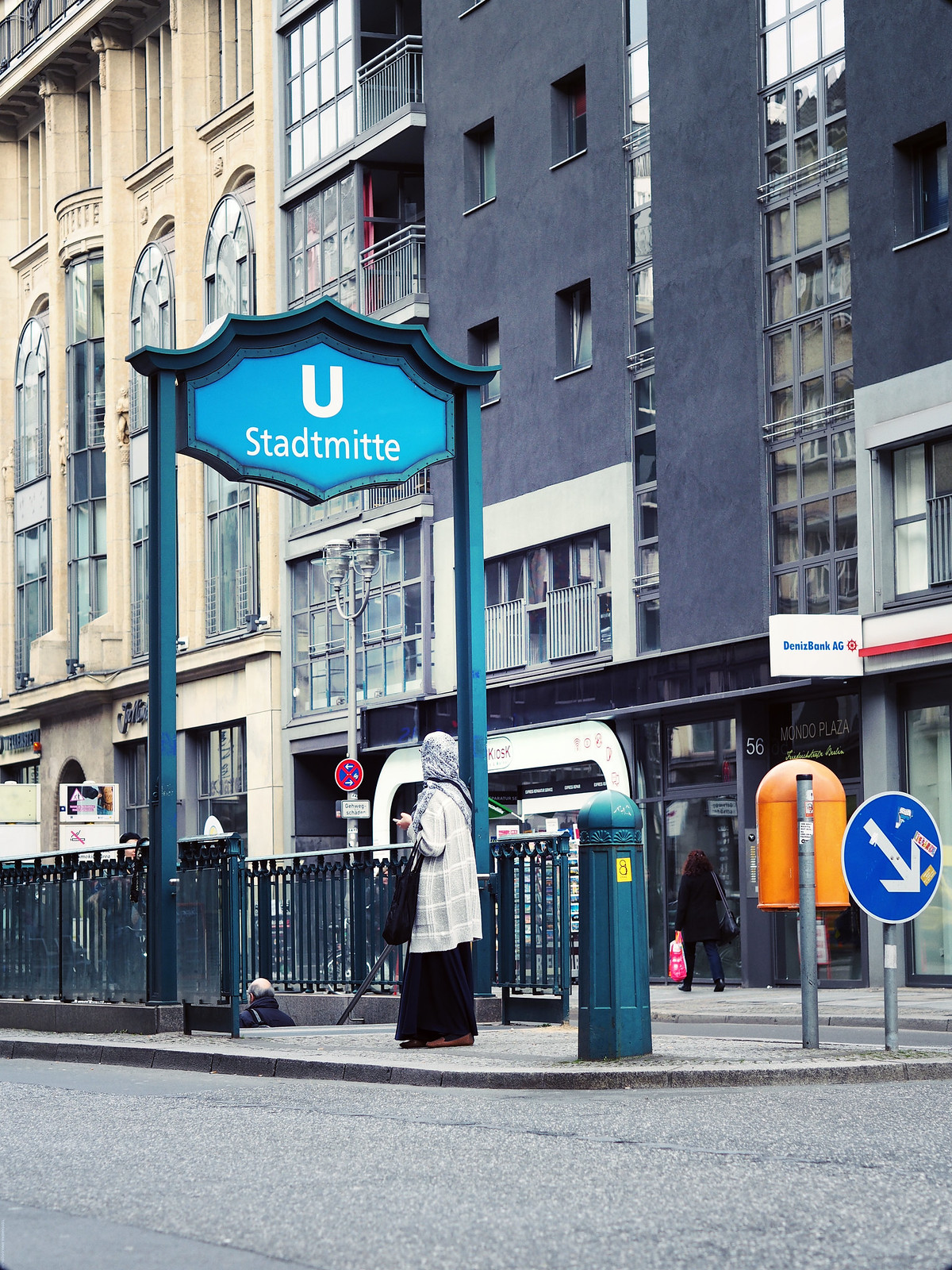 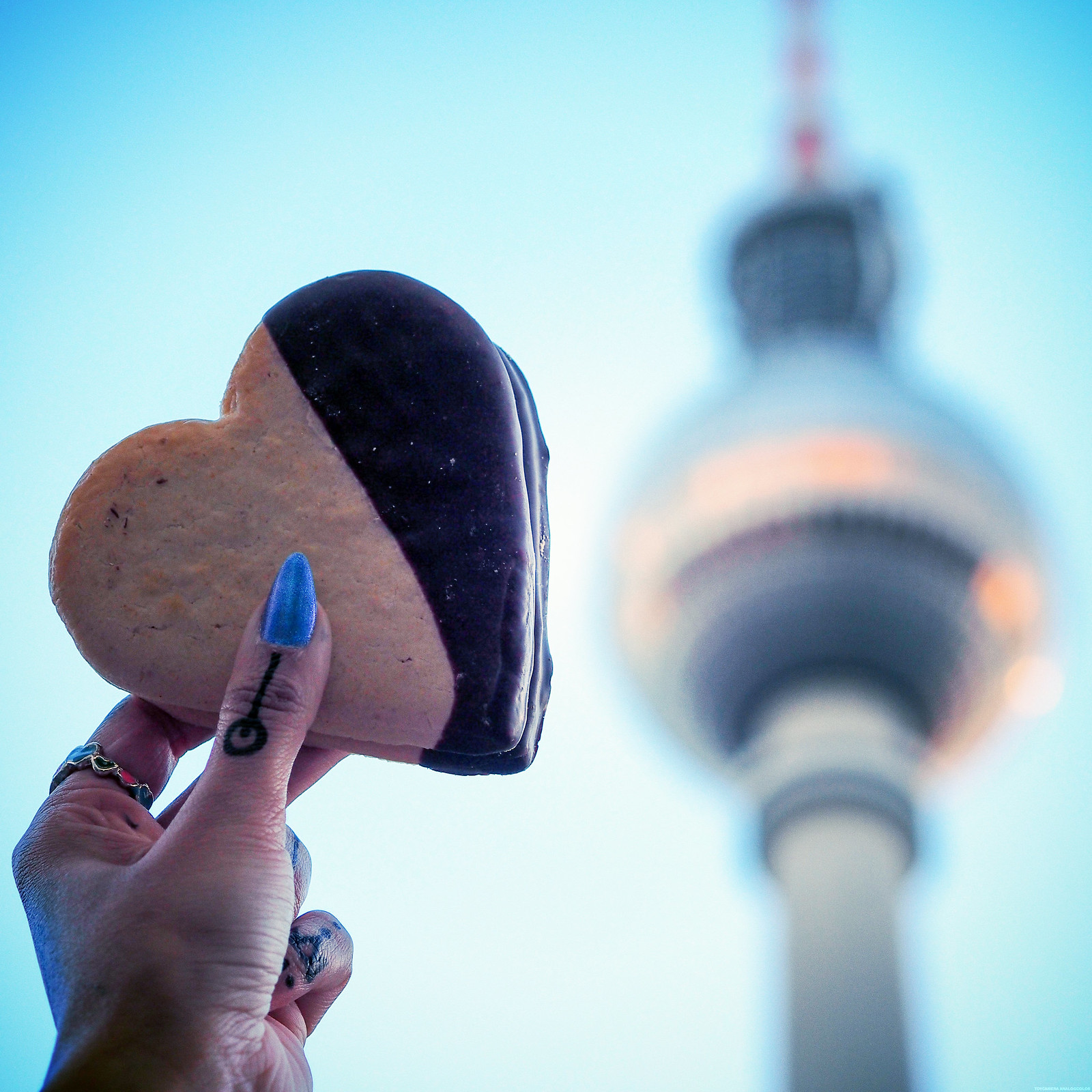 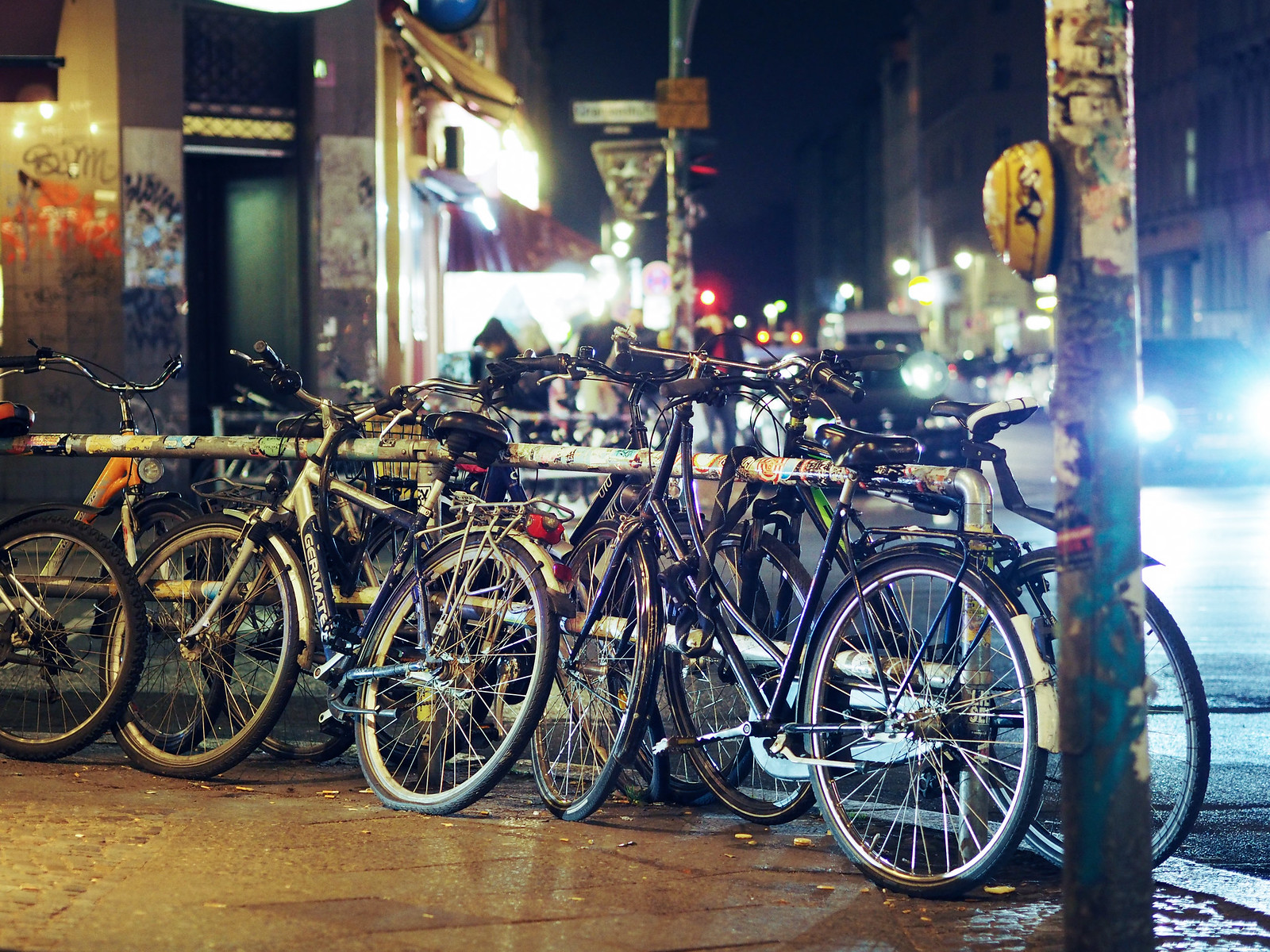 Almost every street I walked along had cycle lanes in both directions.. 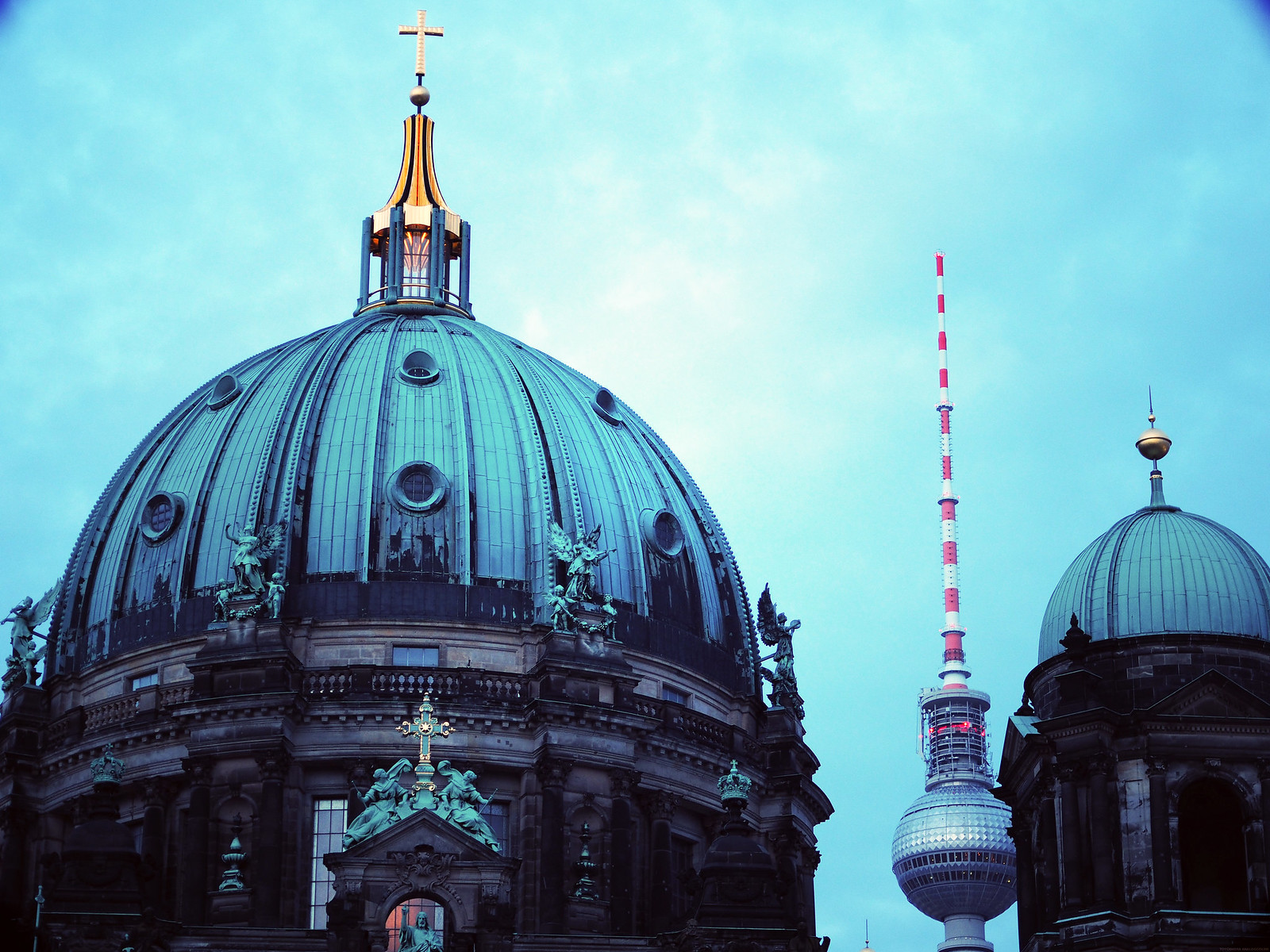 Where old meets sort of new 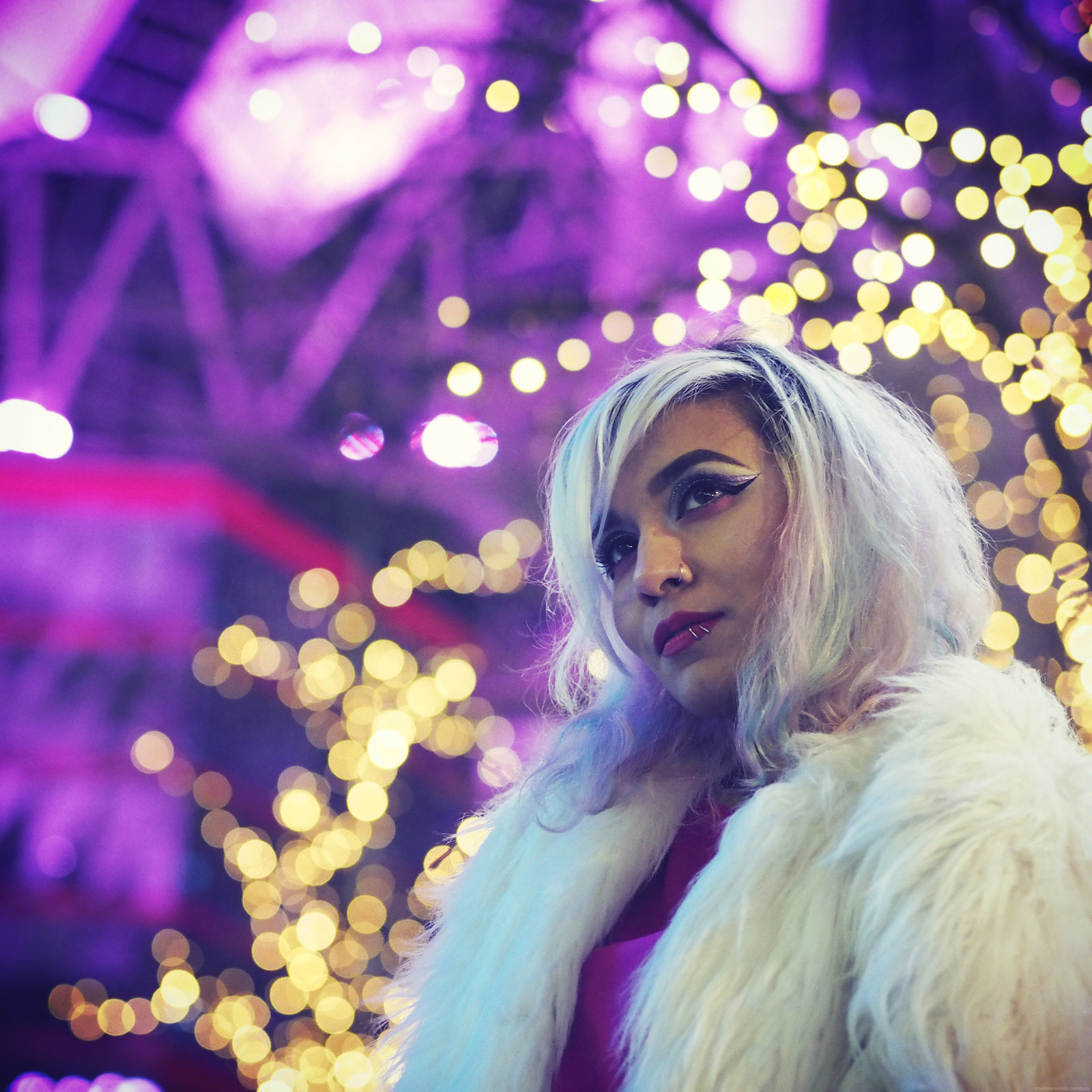 Berlin's got my aesthetic going.. 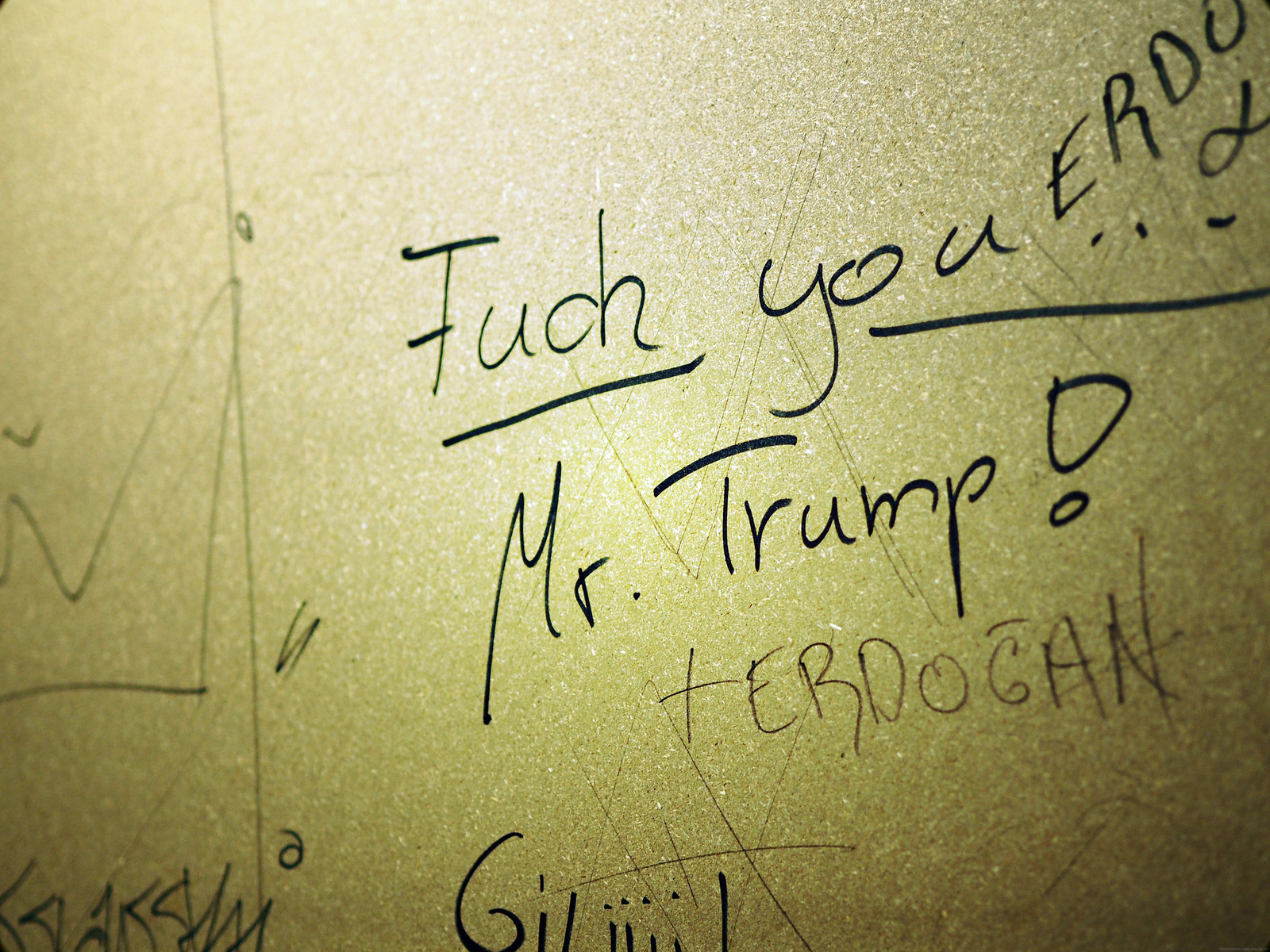 Took the words right out of my mouth.. 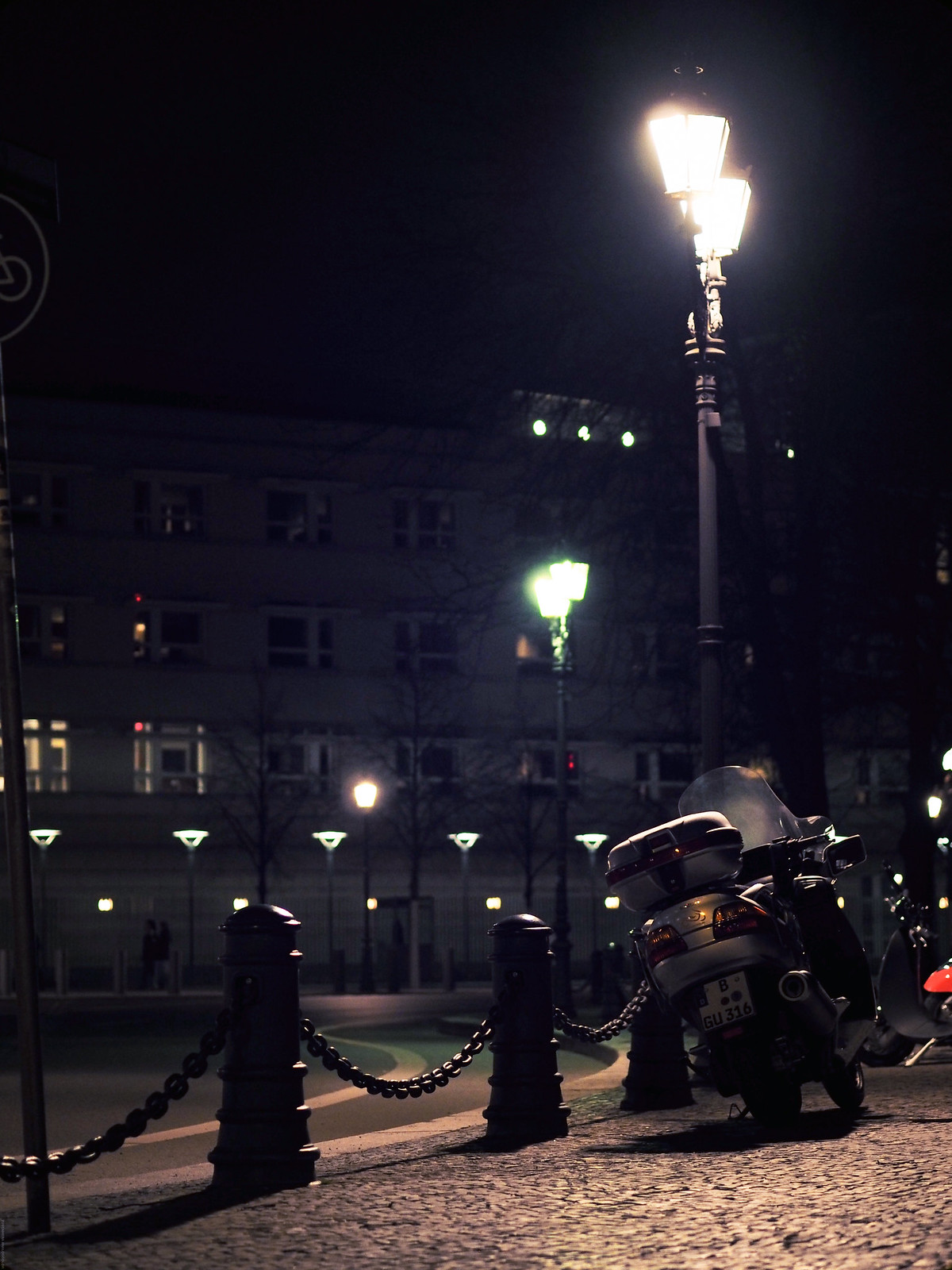 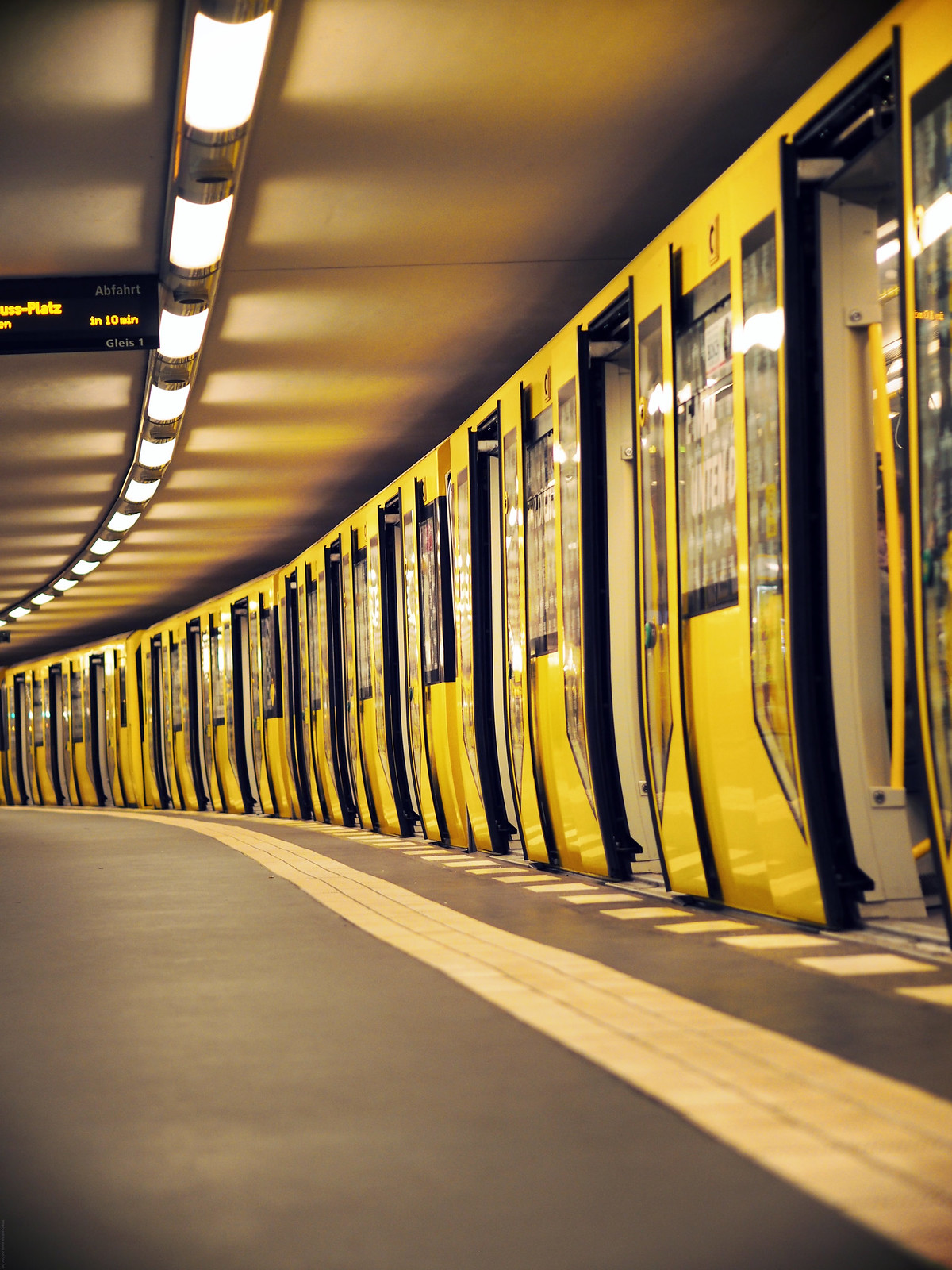 The U-bahn trains are all yellow.. 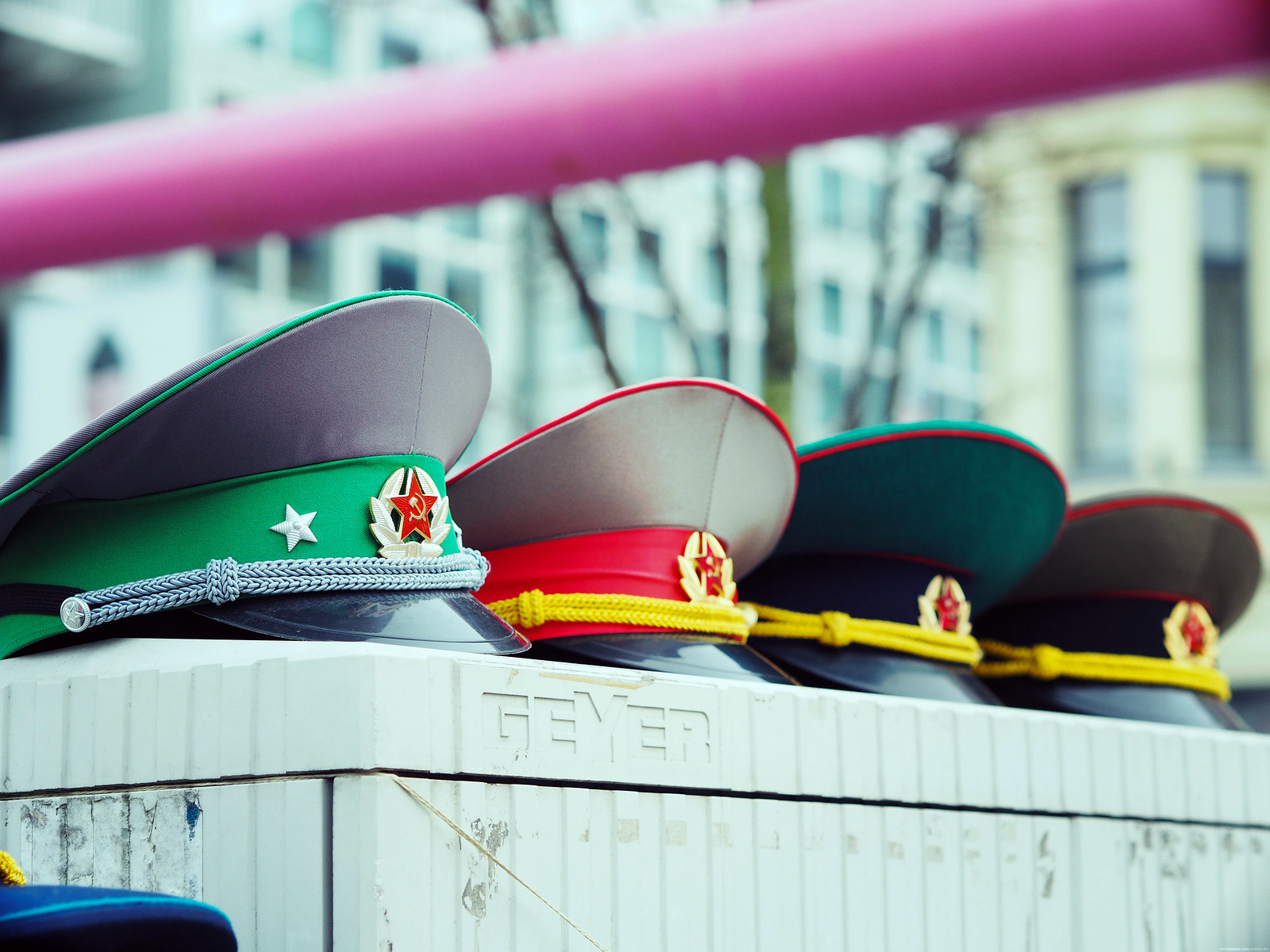 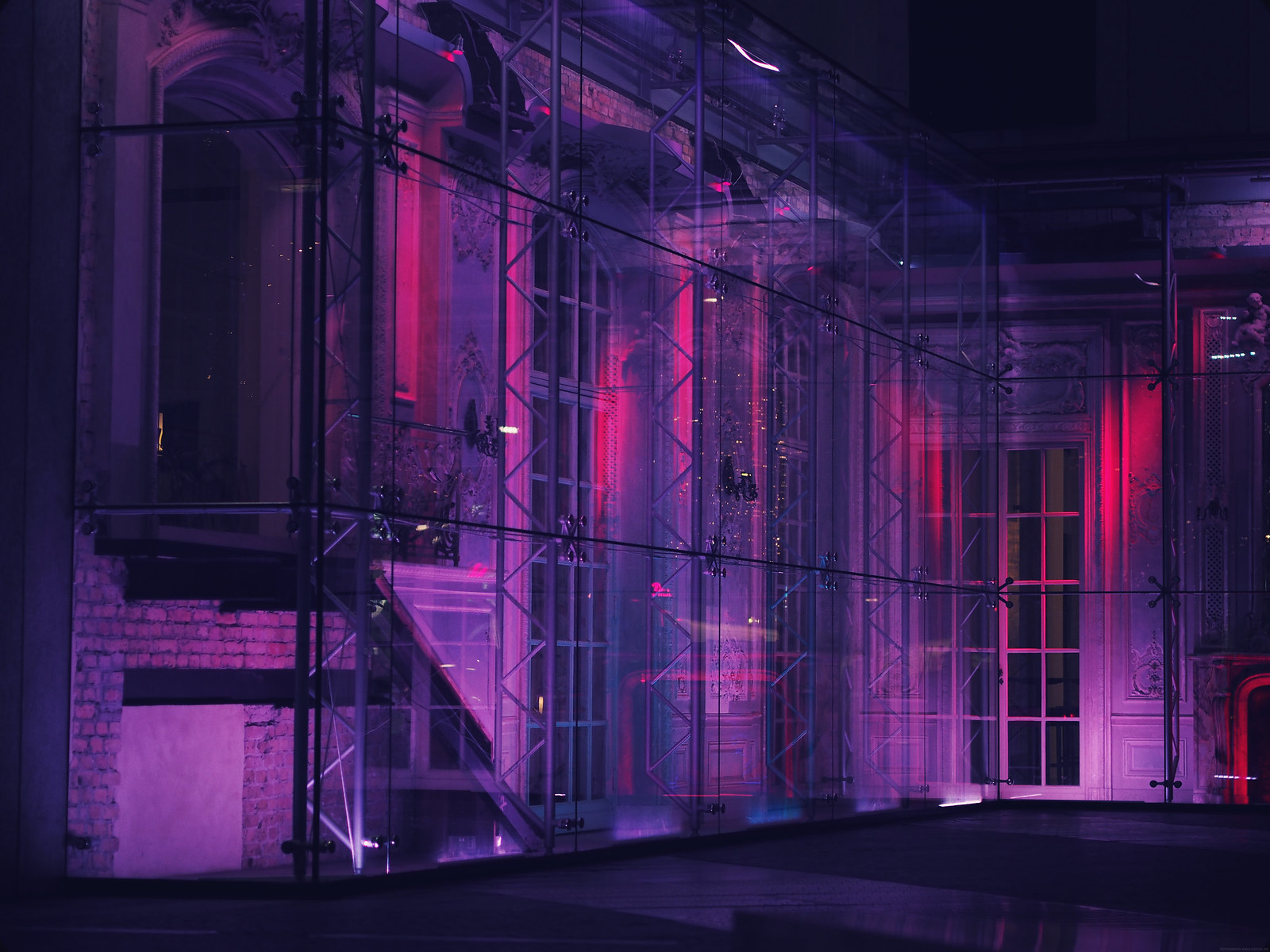 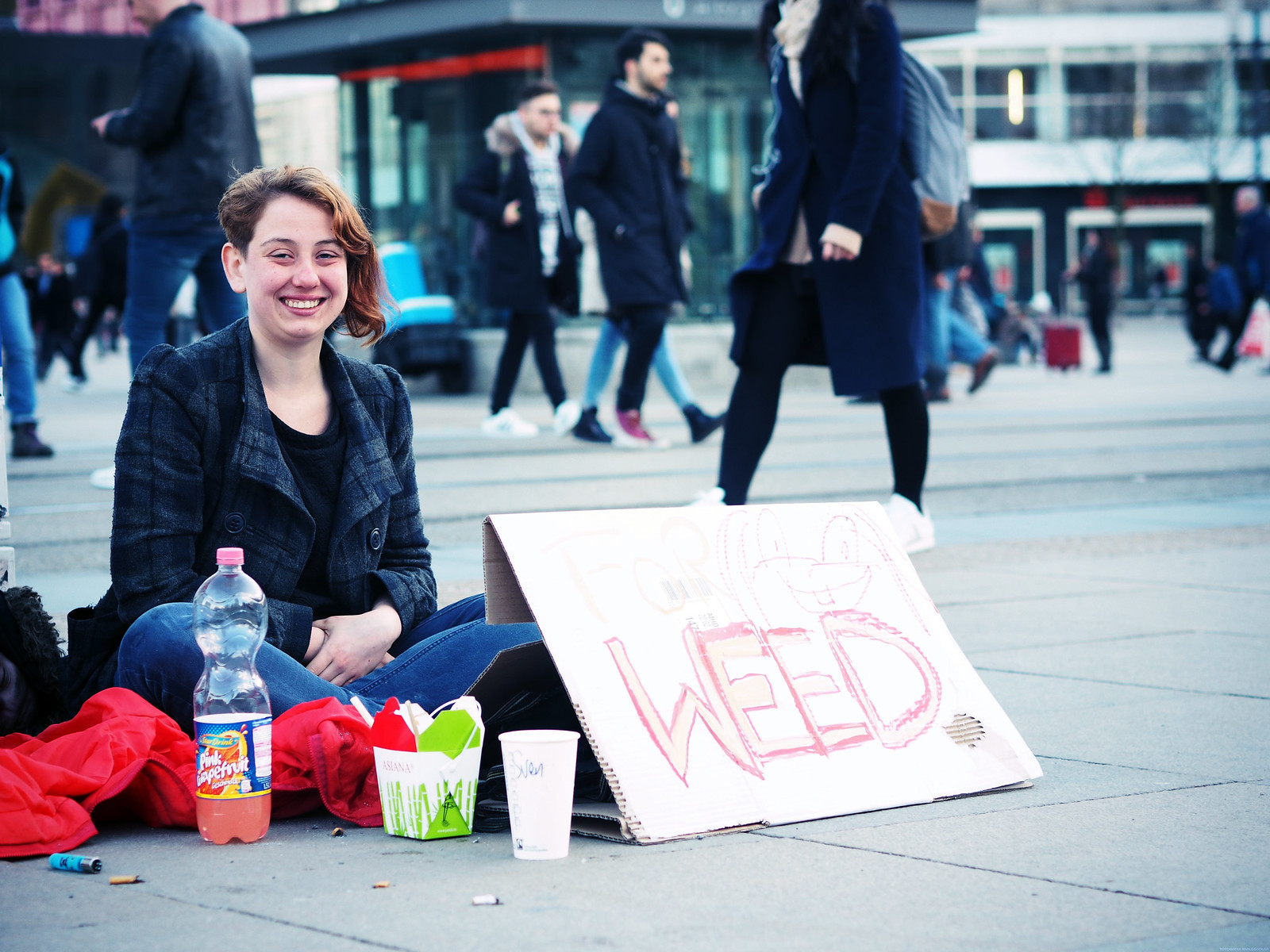 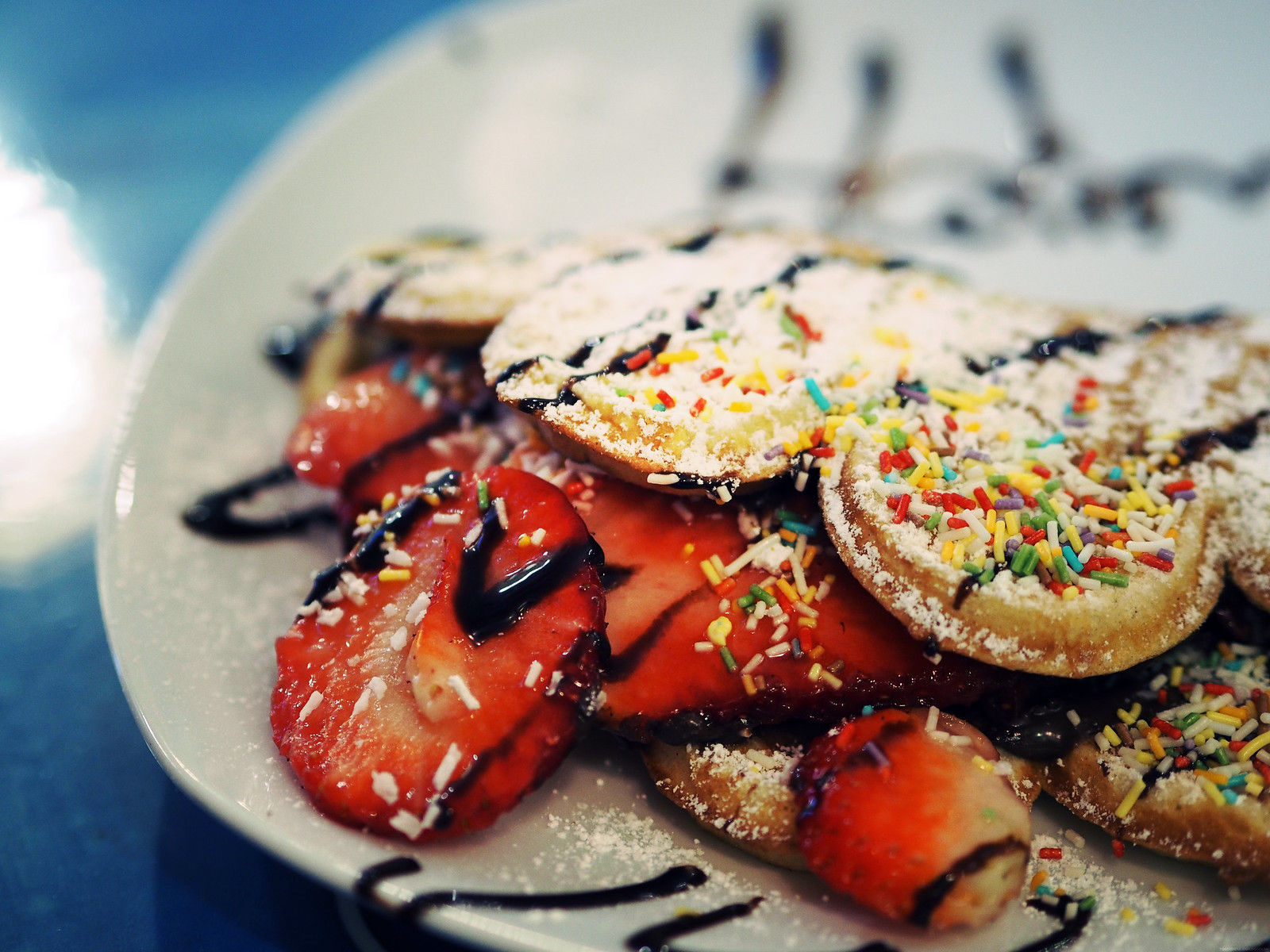 Tasted better than it looks ;) 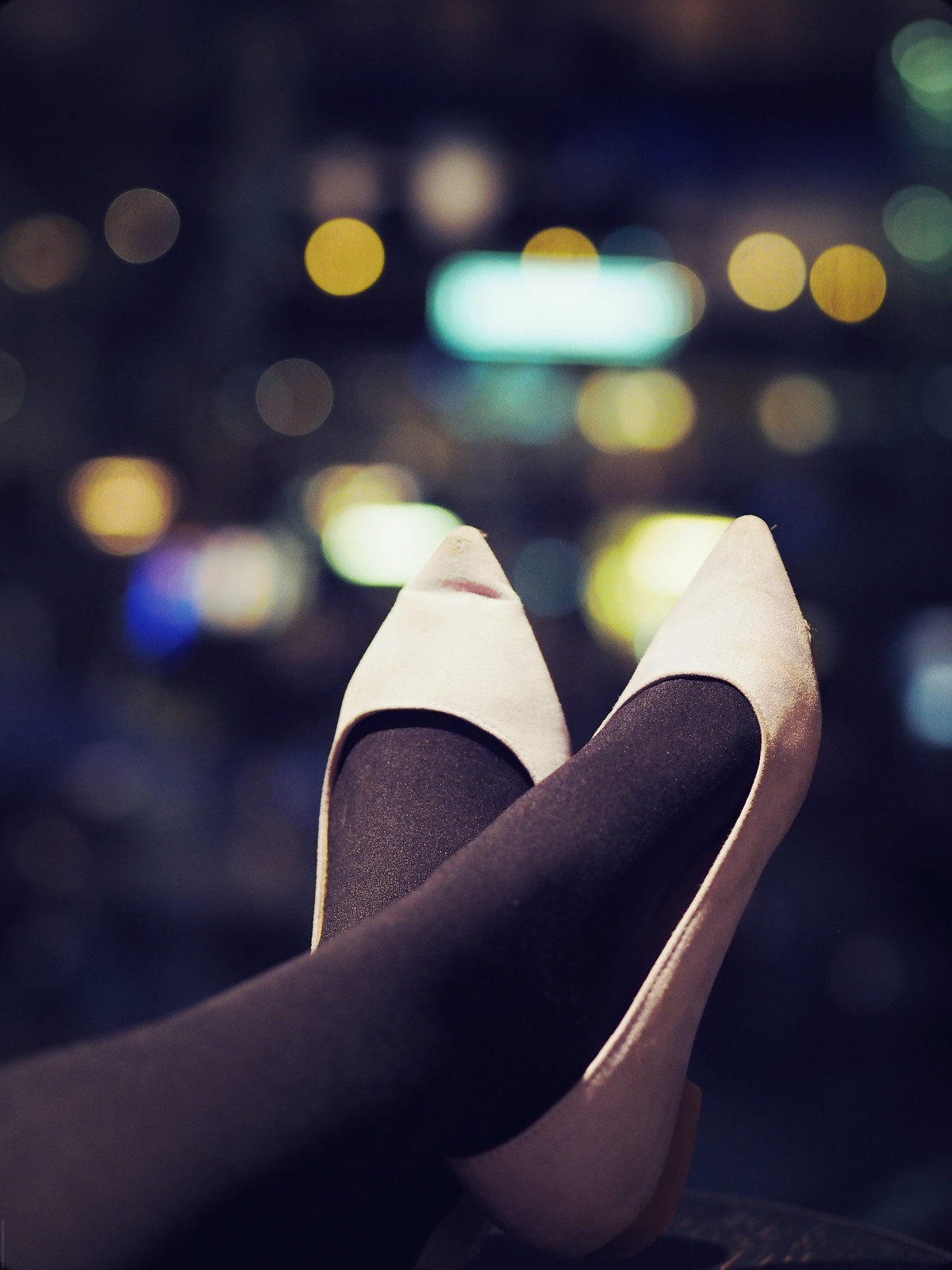 These feet aren't made for walking. 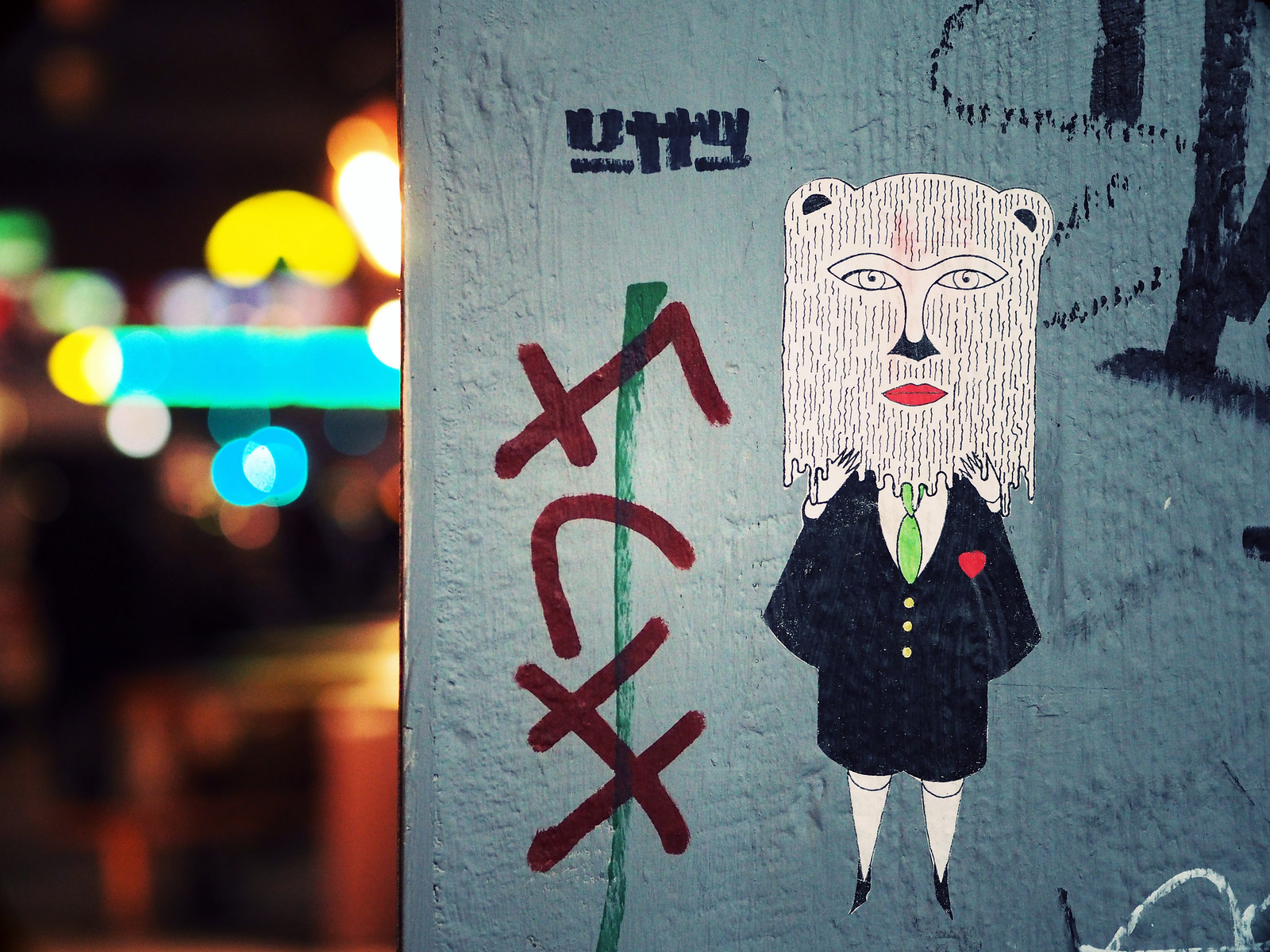 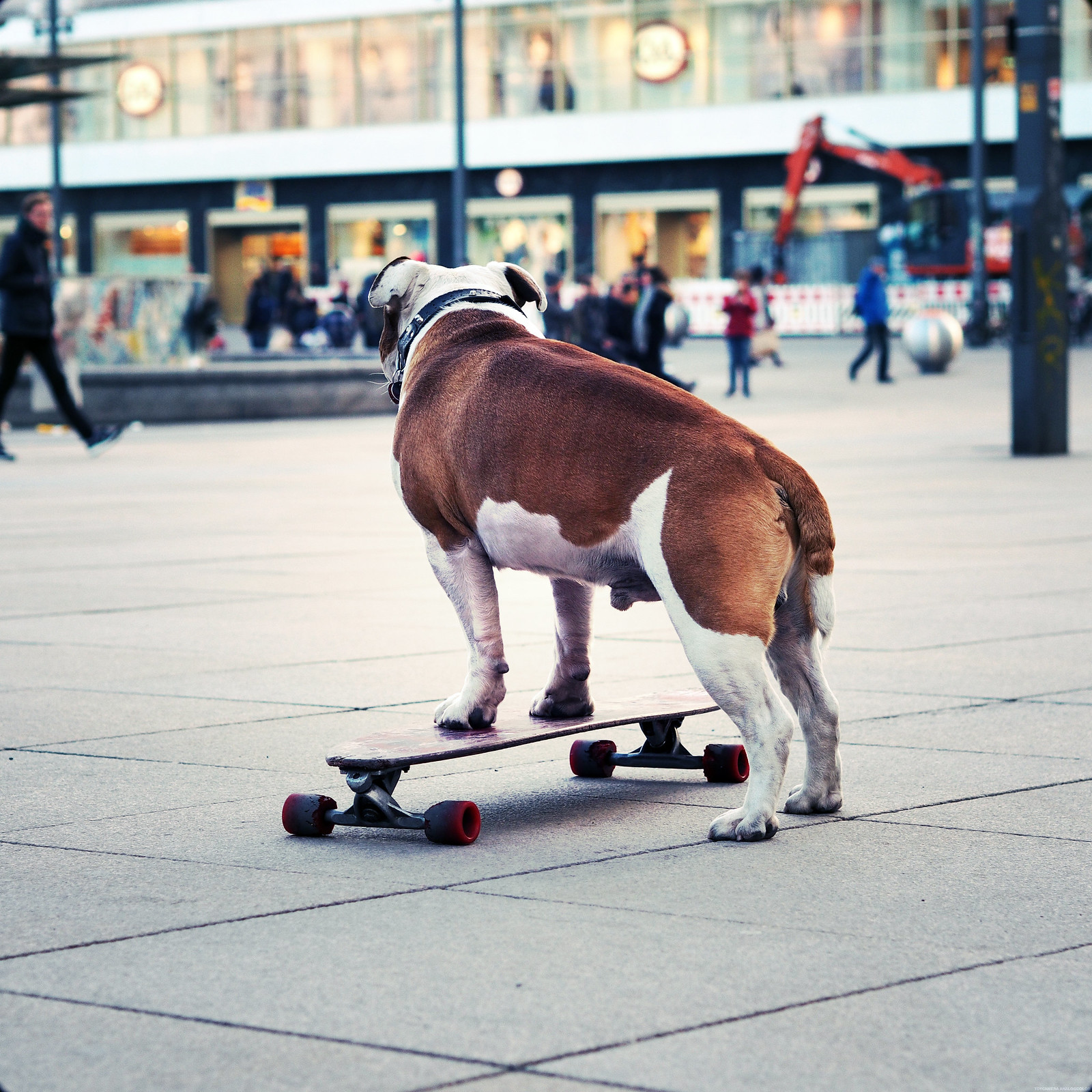 Whatever you do, don't touch his skateboard.. 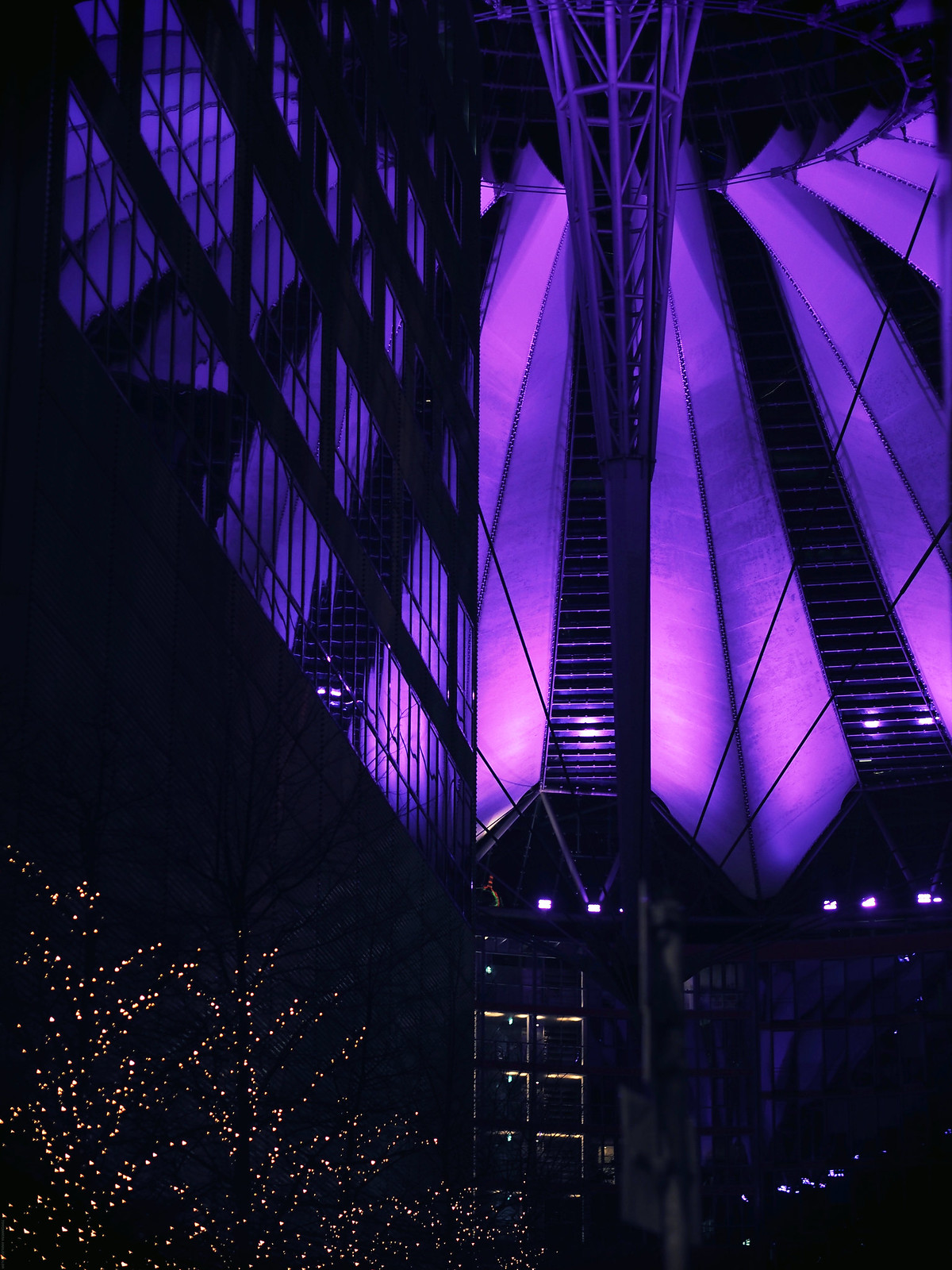 The Sony Centre at Potsdamer Platz

I hope this post has given you a bit of a feel for Berlin, it truly is an incredible city with something for everyone. Particularly if you're interested in history, there must be few cities on earth with more to offer in that respect. I get the distinct impression that I could come back over and over, and discover a whole new side to it each time. In the meantime, if you're after a little more info, visit the fantastic visitberlin.de website. Failing that, just jump on a plane (perhaps not an EasyJet one though)..