It's not all Rainbows and Unicorns Reviewed by Lima on Sunday, August 07, 2016 Rating: 5
Lifestyle

It's not all Rainbows and Unicorns

This one is going to be a tough write, but I feel that it just has to be done. Last night, I was threatened by an individual who seemed ... 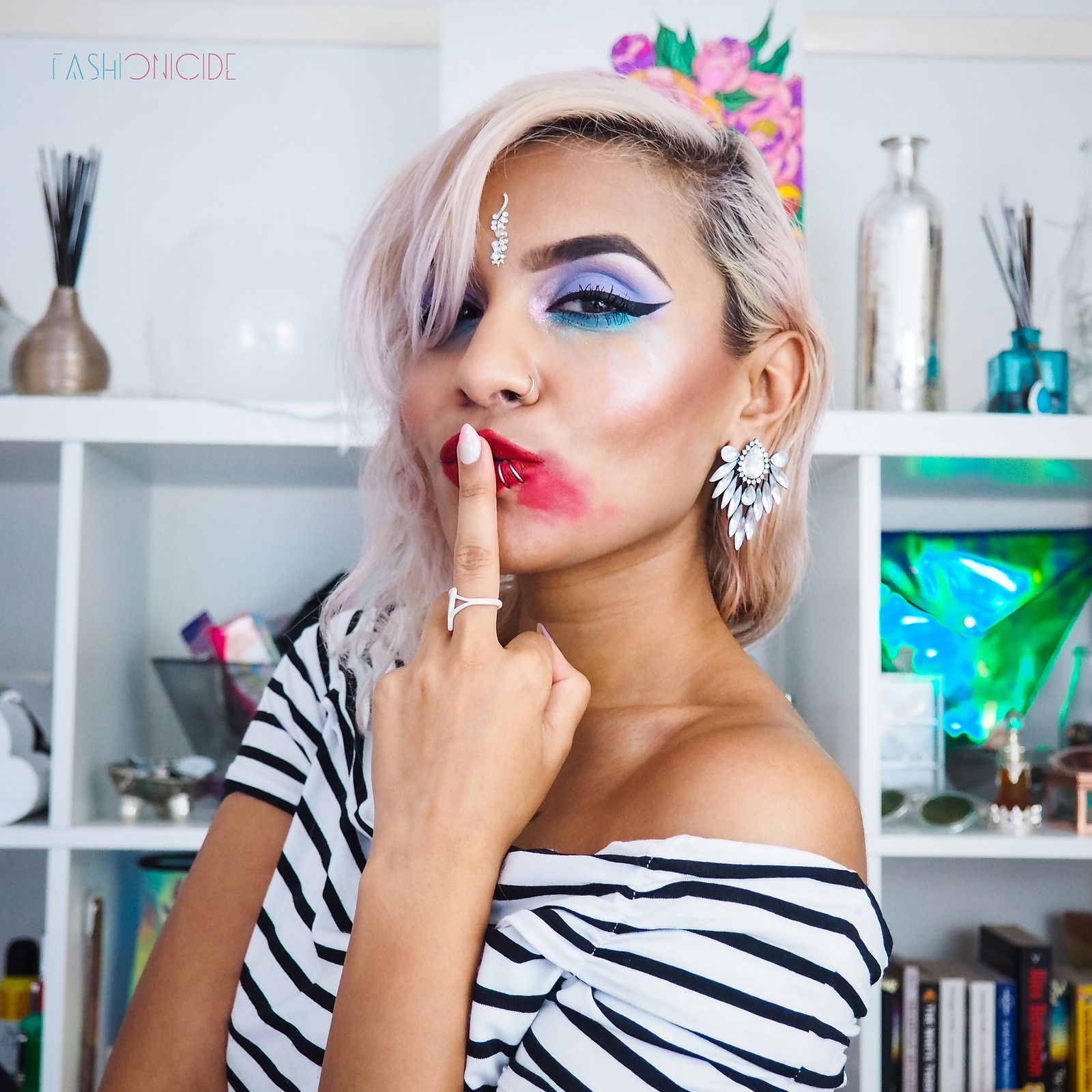 This one is going to be a tough write, but I feel that it just has to be done. Last night, I was threatened by an individual who seemed to take it upon themselves to act as some kind of Asian moral arbiter. In their self-appointed role, they had decided that it was not ok for me to have coloured hair or lip piercings. And because I didn't immediately back down, like all good little asian girls should, I was told:

Sadly it's not the first time I've been on the receiving end of such a threat. It's been one struggle after another for what feels like an entire lifetime, fighting for my right to exist as who I am and who I want to be. Whether that be through my appearance, my choice of partner, my character or just the way I choose to live. I've had it all. And all because, instead of being happy fitting in to a pre-defined, stone-age cultural mould, I want to be free to make my own choices.

This sort of thing hasn't only come from strangers though, sadly, it's come from people that I actually know. I'm not putting out a 'woe is me' post here either, no, it's just I've also noticed that the internet is no longer the safe place it used to be for me to say what I want, and quite frankly, this is my blog so if you don't like it, you're in the wrong place. As the blogging community has naturally evolved over time, I've felt that I've had to hold myself back - not just because there's more eyes on my posts, but it just feels as though I'm being watched or stalked by people with a little too much time on their hands.

From being wolf-whistled at by a passer-by saying they'd like to 'slip a cock in that' (try growing one first), to people giving grief to my parents about how I look and having my character assassinated both on and offline as well as having each and every word and action analysed and over-analysed, it's time to stop. One of the things that has kept me going over the years is my creativity, even though as an Asian female, there's no shortage of people queued up to repress that. And as cliche as that may sound, it's true. My blog, makeup, fashion and various other creative projects I can't mention now - these are my remedies. Without them, the world would feel much, much darker.

I've had this blog since 2009, an absolute age when I think about it, and I've come and gone a few times, disappeared for a few months at a time, but I always come back when I need to release a creative burst. But one thing that has remained is the bitching that goes on: "Did you hear about this person, can you believe they did this, that or the other?!" Really? Wow, since when did you achieve perfection status? Mind if I have a dig around in your closet, I'm sure it's pristine, perfect and has the scent of innocence.

And of course people stand by and just watch. When this kind of thing happens it makes me think of those videos of racist attacks on public transport. It always starts off with a few strangers sat or stood there, not really doing anything, just letting a victim be attacked in front of their eyes. The internet is similar in so many ways, people are harassed, abused, bullied and the majority of people witnessing it just ignore it. People are queuing up to tell you their own stories or bit of gossip, but they're also perfectly happy to stand by and watch someone being taken apart.

After last night's incident, I felt liberated in a way because there were passers by, stood there looking awkward and doing nothing, but I stood up for myself at the time, gave as good as I got, and called the police afterwards, and they are currently handling the situation.

Generally though, I feel that I've been too soft - I've allowed people to guide me where I shouldn't have, I've allowed people to get away with minor indiscretions where I shouldn't have, and those people have taken advantage of my good nature. But from last night, I've decided I'm not taking it lying down anymore. I'll continue to live my life the way I want. I will breathe, I will roar like the lioness that I am and I will exist, until God decides it's my time. And actually, come to think of it, the more shit I get, the better I've always become, the more determined I am to succeed. So, who's the real winner here?