Happy new year folks!  I always find it odd how we celebrate the clock striking the twelfth hour of the 365th (or 366th) day of e... 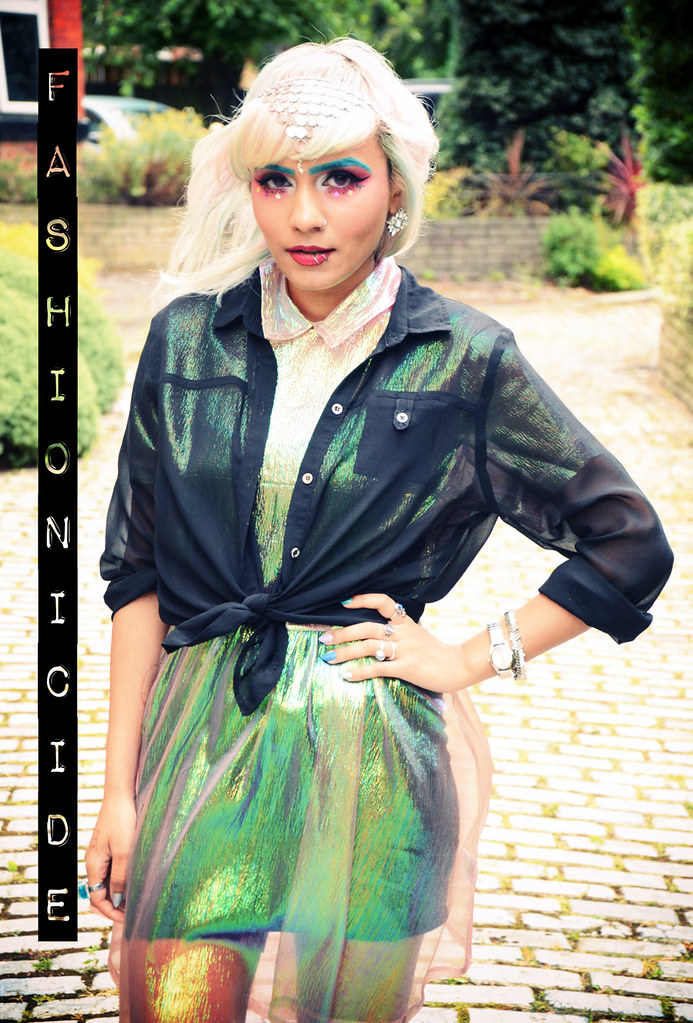 I always find it odd how we celebrate the clock striking the twelfth hour of the 365th (or 366th) day of every year, when Time is an invention all of our own. An interesting thing about time the OH told me, less than seven days a year last exactly 24 hours. The rest of the year it takes earth between 30 seconds less and 30 seconds longer to rotate on its own axis. Well now the boring stuff is over with, I must confess to getting swept up in the whirlwind of OMG NEW YEAR! Bloody Happy New Year!


I guess it gives us a way of breaking our lives down into smaller segments and lets us look back and reflect on these individual segments of time. I've been doing that since December, constantly thinking: what the fuck have I done this year?!

In all honesty though, I can be quite hard on myself when reflecting - I am my own harshest critic - but even this year I'm like: WOW, go me! Here are just a few of my own highlights from 2014, the year that's just been:

1) I went to London Fashion Week and IMATS!

If someone had teleported back in time and told my younger self that I will be going backstage at London Fashion in a couple of years time, I'd have laughed in their face! It might not be such a big deal for those who frequent LFW on a biannual basis, however I really did appreciate the opportunity to go along, watch the models gracing the catwalks with their crazy outfits (which obvs I would totally wear) and witness the madness backstage! In fact, it was so good I went twice.

2) I self taught myself to sew and illustrate.

It all started on a whim really. I'd wanted to learn how to sew for ages as I always found it frustrating that a lot of the stuff on the high street is less than perfect. I wanted to make my own clothes and amend things I'd bought off the shelves. I lucked out a bit when I saw a Gumtree ad for a £20 sewing machine just around the corner and since then I haven't looked back, I've sewn items from dresses to kimonos!

My Dad is now a retired entrepreneur and always wanted his kids to follow in his footsteps. I was working in a dull office-type job and on one particular day someone was given an award for 35 years of service. 35 fucking years in one job. Fuck me. It stirred in me a deep emotional hatred of the thought of working in the same boring, unstimulating, passionless job for the rest of my life. Oh, and working with a bunch of dickheads didn't help either. So I rekindled an idea I'd had back in the Summer of 2013 and went with it, quit the day-job and threw myself into my passion. I hate to be all cryptic (that's a lie - I love it!) but in 2015, you'll see what it's all about...

It really had to be done. Starting up a new business meant that space was at a premium in the old place. I found myself working hunched over a flat square of wood in the living room. Now we're in a bigger, warmer house with my own workspace. :)

With all that in mind, I won't shy away from saying that 2014 was tough, maybe even a rollercoaster of highs and lows, but it's those highs that drive me and keep me going. Even typing them up in this post is reinvigorating and motivates me to push harder and do more!

I do have some goals, though not exactly New Years resolutions, one being to actually launch the business. I have all sorts of dreams and plans of carving out a little niche for myself before going on to branch out into other fields but I need to keep focusing on the basics for now!

On a more personal note, I plan on putting myself first much more often than I do at present. I'm all too quick to put my needs secondary to the needs of others, and that is a good character trait, but I feel that I need to balance out being nice with being me as it does get a bit draining at times. I am a positive person, but sometimes I feel that the negativity of others can drag me down pretty quickly.

And finally, on to the outfit! This is what you might call an OOTD from the archives, that is, the photos were shot in warmer times but I never got around to posting it up to the blog at the time. Personally I think it's worthy of the blog as it's in one of my favourite colours: 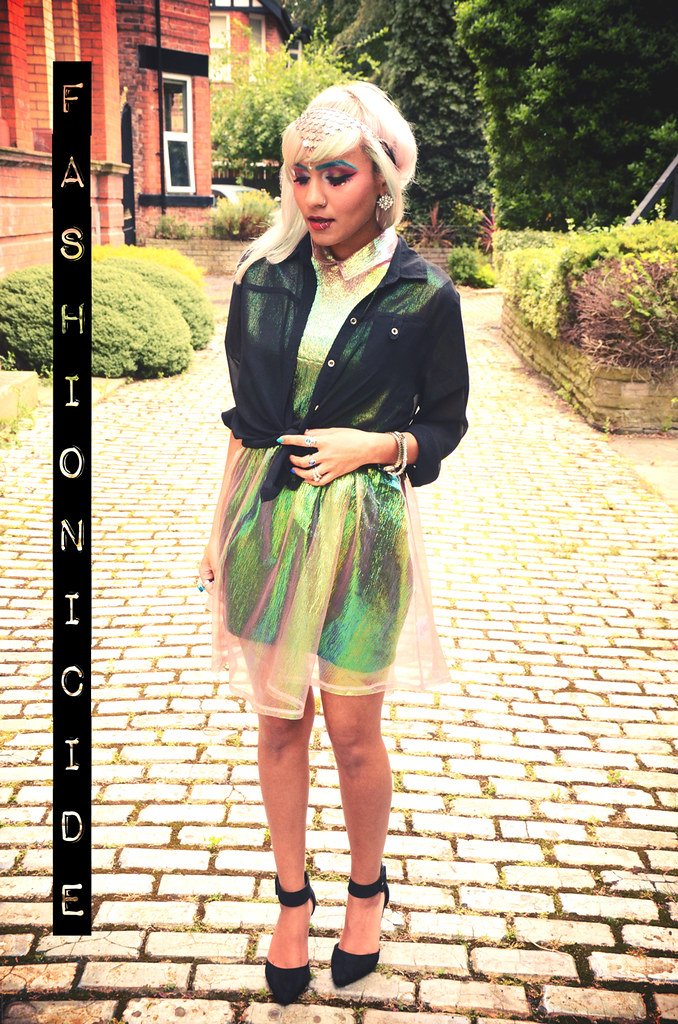 The dress is quite oversized and incredibly floaty, so floaty in fact, a strong gust of wind can make its way up through the skirt to the top. Fortunately it has a zip at the back to fasten it onto the body, ha!

It's also quite sheer and I didn't fancy going commando so I wore a longline black bodycon vest underneath. I then added a black sheer shirt on top and tied a knot at the front to cinch in the dress to counteract a bit of the floatiness of the dress! 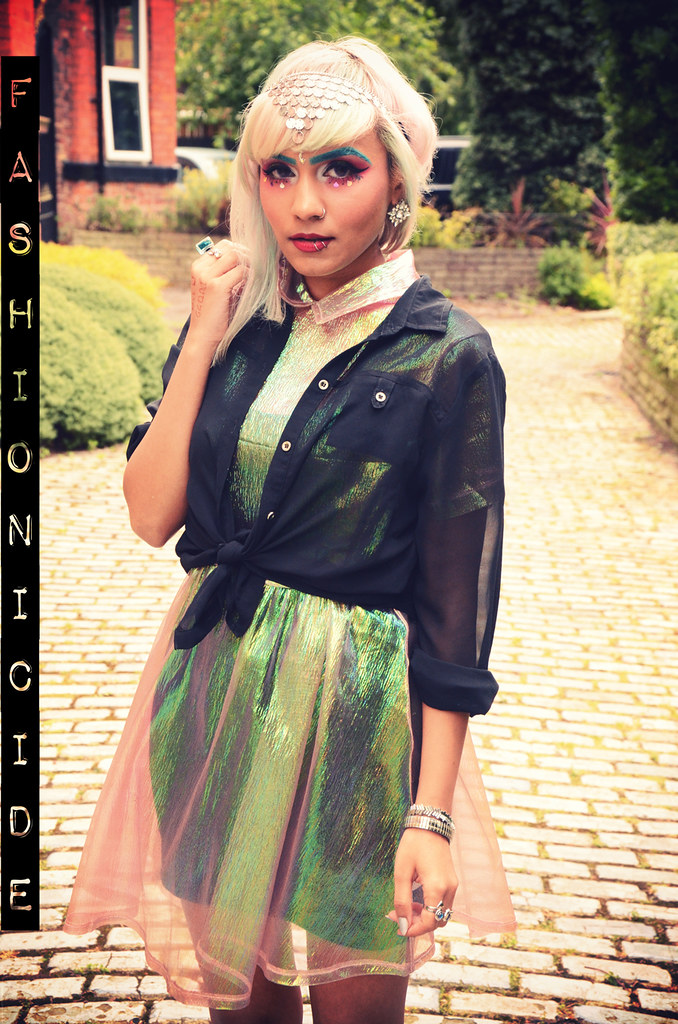 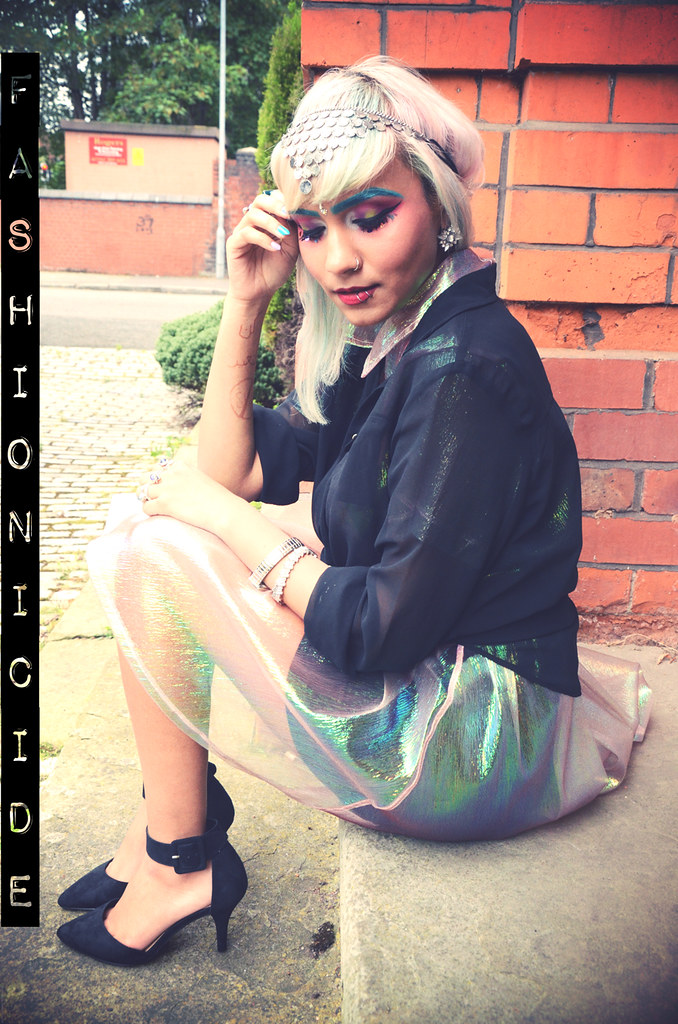 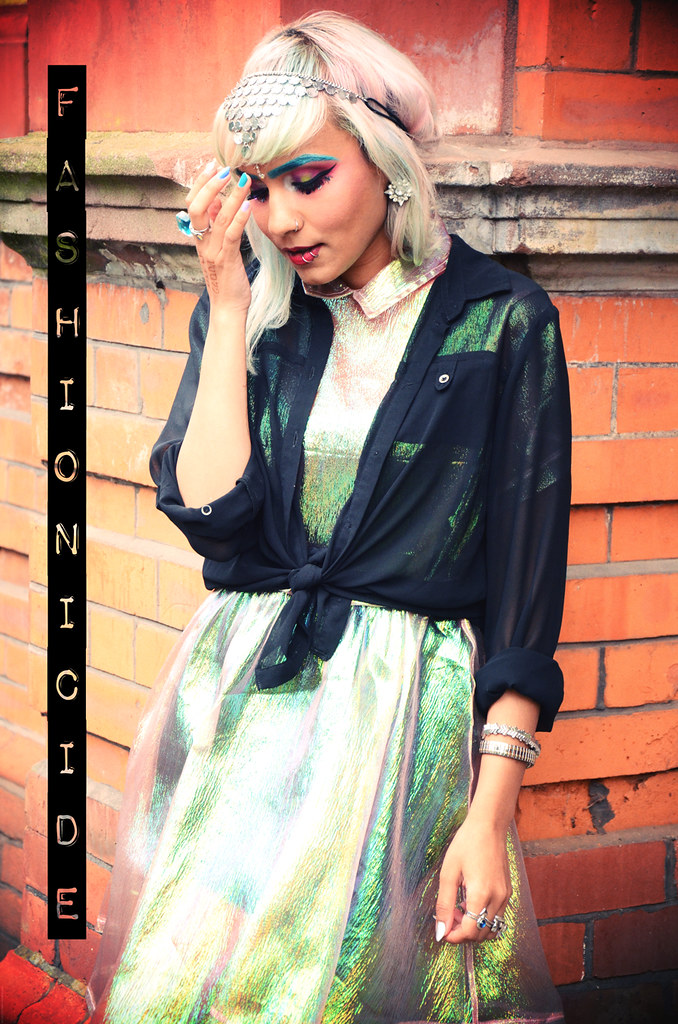 There is just one qualm I have with this Lazy Oaf dress, and that's the fabric. It's so stiff that I find the seams can begin to come apart. It did come with a label advising to handle it carefully as it's delicate, but even a light touch can cause problems, as I found when I first tried it on. I was mortified when the seams at the sleeves came apart, and those sewing skills have came in handy a lot with this dress!

At the time my hair was fading fast from the cotton candy blue, pink and lavender I'd used previously. I decided to let it fade out as I was really liking the white-blonde, faded platinum look and I was getting a little fed up of the high maintenance required of bright coloured hair! So now I've evolved into a lilac, which fades down to a silvery-white that looks pretty epic. Not much maintenance required either so I'll be certain to blog about it later on in the year, some of yous may find it helpful!

And that's it from me!

What were your highlights from 2014?