Lima's Guide to the Galaxy... Nails!

Galaxy Nails! I think I've probably mentioned this before, but ever since I was a young girl I've had this fascin... 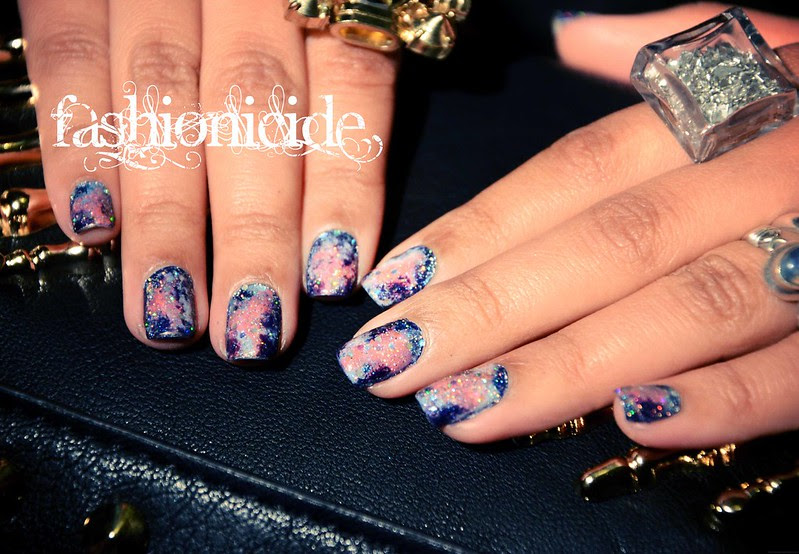 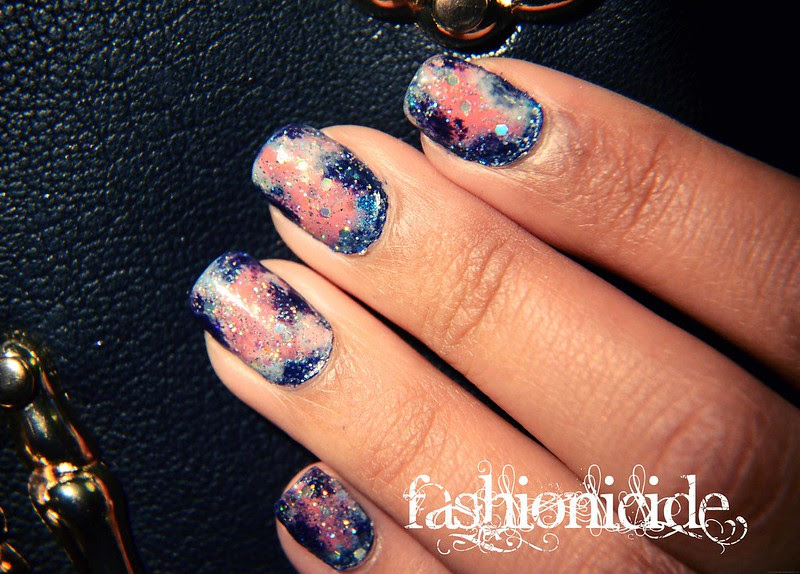 I think I've probably mentioned this before, but ever since I was a young girl I've had this fascination with the night sky. I was never one to really pay all that much attention at school, but one subject that always managed to hook me in was physics. Well, the astronomy bits at least! My curious mind would drag me to the library at weekends so that I could read every book and look at every photo I'd get my hands on.

And just recently I became the proud owner of a telescope! Sadly though, living in a large urban conurbation like Manchester means that light pollution tends to get a little in the way of serious star-gazing. Looks like a trip south to the villages in Cheshire, like Alderley Edge, might be in order!

Either way, the Universe is beautiful. I think it's allure, similar to the ocean, stems from the sense of the unknown. Whilst we humans are prone to fear that of which we know little, there's also a strong sense of wonderment that emerges as you begin to dip your toes into the wide expanses that mankind knows so little of, yet what we do know of is so breathtaking.

I guess you could describe the universe as a beautiful mess, or structured chaos. And that's the spirit in which I attempted these nail: to make an imperfectly perfect look. Whilst it may look like a mish-mash of randomness, there definitely was a structure and some organisation to pulling together this look. From the photo above, I used each polish from left to right. First I painted two coats of Eyeko's Indigo straight on to the nails, letting them dry completely. The next step was the fun bit. I got out the sponge for some galactic magic!
For the spongey bit, I dabbed a bit of Orly's Sweet Peacock on to one section of the sponge followed by a few dabs of Rimmel's 60 Seconds Mary Mary Quite Contrary on another section and then some of the Barry M Pink Flamingo on a third section. Then, one section at a time, I dabbed the sponge on to the nail creating a different galactical pattern each time, making sure I left a few areas of the nail untouched to give that 'Space' effect.

The Pièce de résistance is of course Topshop's Ice Crush. I mean, what kind of a galaxy doesn't have stars in it? I simply applied a thin coating to the nails one by one, after I'd dabbed on the patterns with the sponge. 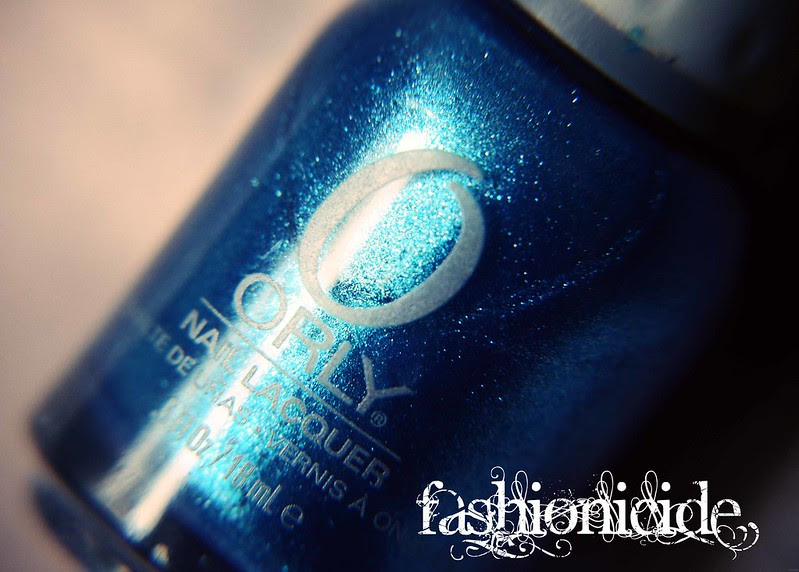 Orly's Sweet Peacock* from the Fall 2011 Birds of a Feather collection.

I have a confession to make on this one ladies (and gents?), I was sent this for review way back in 2011. I applied it once, didn't really think all that much of it at the time so I stored it in my big box of nail polishes. Over time it must have worked its way to the very bottom and only by chance did I stumble across it again. The good news is its now firmly back at the top of the pile, the bad news is its no longer available. This will no doubt end up being a staple for me over the winter, lighting up the short, dull, dreary days with it's gorgeous shimmery electric blue finish. 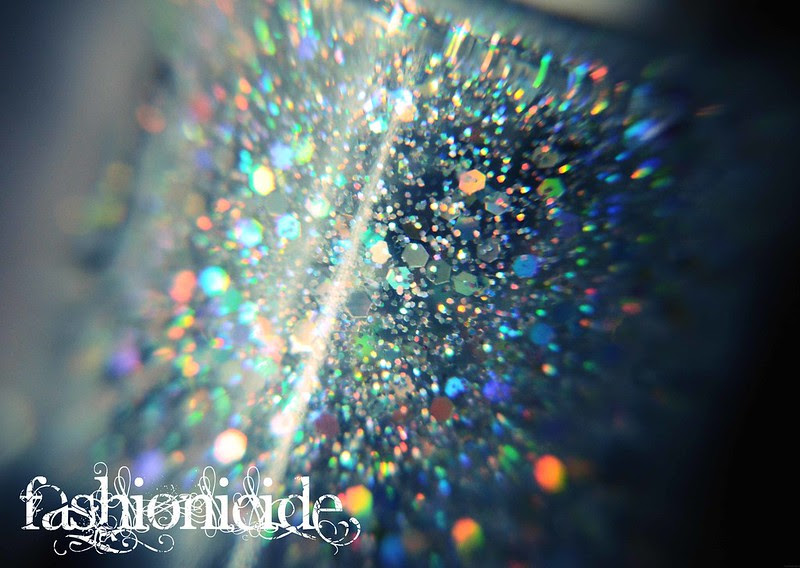 I always come away after buying glittery nail polishes feeling a little cheated. After all, it would probably work out cheaper (and often better) to just buy a clear polish and some cheap glitter from a stationery shop and use that. But Tophop's Ice Crush bucks that trend for me. This is my 'go-to' glitter polish, and I'm currently midway my third bottle.

I think what really does it for me is the two different shapes and sizes of the glitter. This then makes it perfect for this look as it really does seal the deal in terms of making the look seem quite realistic! 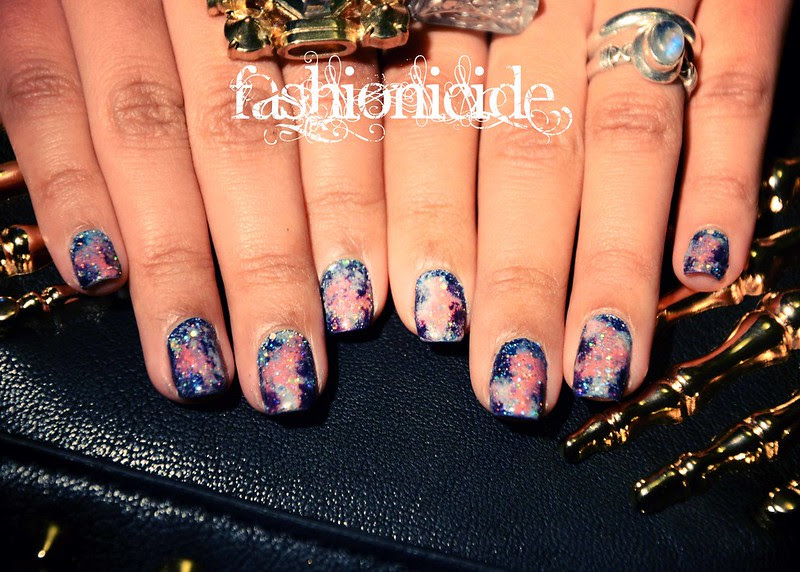 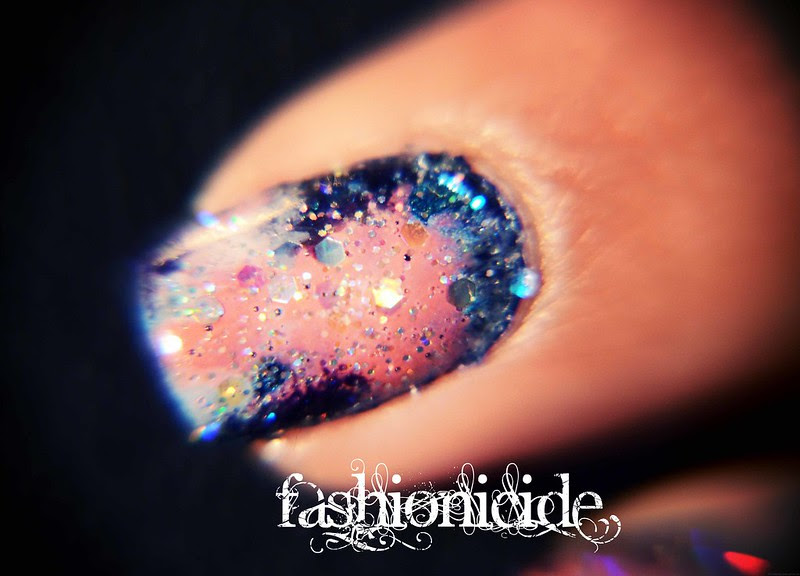 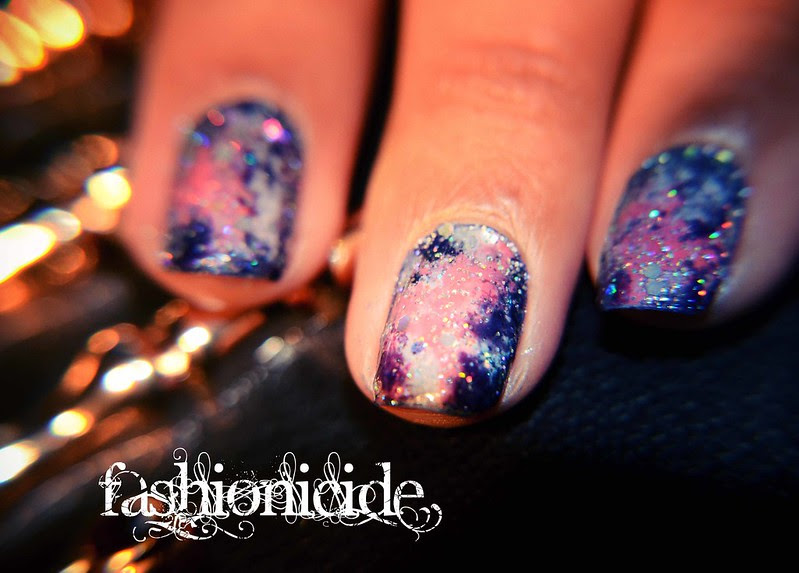 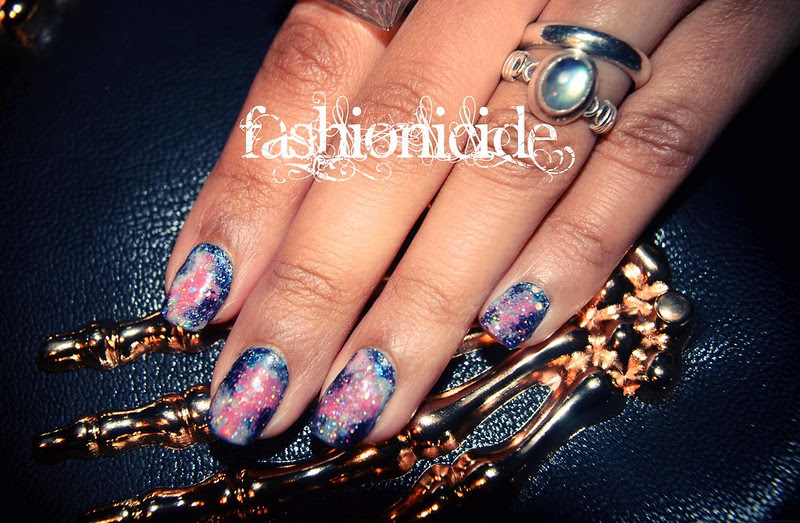 As complex, crazy and chaotic as these nails may look, it was shockingly easy to pull it off. At first glance you'd probably think that this is going to take up a lot of your time and effort, but I think it took me about 20 minutes on the first attempt!

What helped out though, was MissJenFABULOUS' tutorial video. I'd urge you to take a look and come up with some stunning designs of your own! :)