I think I may have mentioned this previously, but I never allow myself to get too excited by an upcoming MAC collection anymore. U... 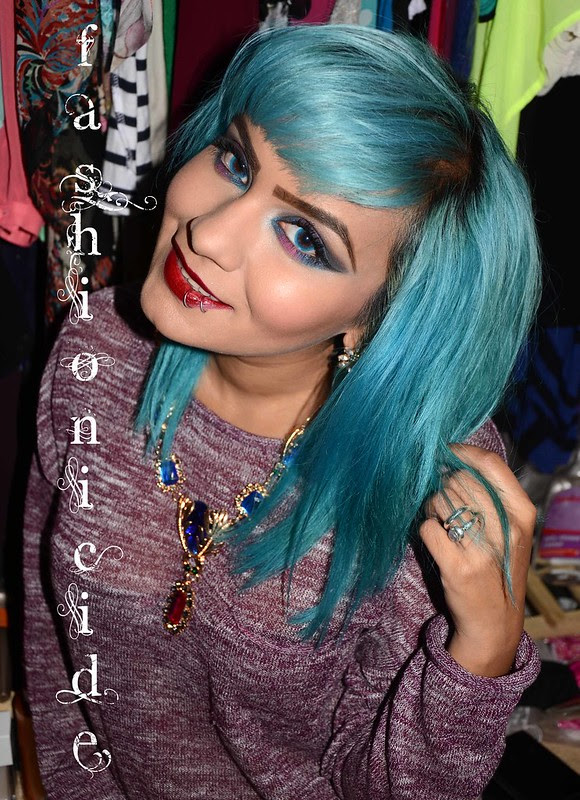 I think I may have mentioned this previously, but I never allow myself to get too excited by an upcoming MAC collection anymore. Usually there's a couple of months worth of pre-launch hype and teasers attempting to make you really want it, then when you go into your nearest MAC counter you have a little browse and notice that it really isn't all that. Even if there is something in there genuinely worth getting excited about, you tend to find that it goes out of stock within minutes. Literally, minutes.

So when MAC started hyping up their Indulge collection I found myself a little surprised. There were a couple of items that actually caught my interest. When the collection was finally released, I had to visit all three MAC counters to get my hands on the one thing I was dying to try. Only one counter had received any of it, and even then they only received three. Yes, that's three for the whole of Manchester!

So what was it then? It was of course the Three Ring Yellow eyeshadow. I was also interested by the Gilt Gourmet Fluidline, which shouldn't come as much of a surprise, but it seems MAC produced quite a lot of that so I didn't have any difficulty getting it. Even though it was a bit irritating to be traipsing around Manchester looking for Three Ring Yellow, every cloud has a silver lining.

Except in my case it was more of bluey-silvery lining. While I was trying out the first MAC counter, in Selfridges, my attention was diverted away from the Indulge collection momentarily by the Veluxe Pearlfusion Shadow palettes, there are six different varieties from pink through to brown, but I naturally opted for the blue one, named Bleuluxe. I swatched it on my wrist and was blown away by quite how sparkly it looked, it's also a little sheer but the microscopic glitter had me entranced. Despite the annoying lack of Three Ring Yellow, I couldn't just leave empty handed so I purchased this little surprise package instead. 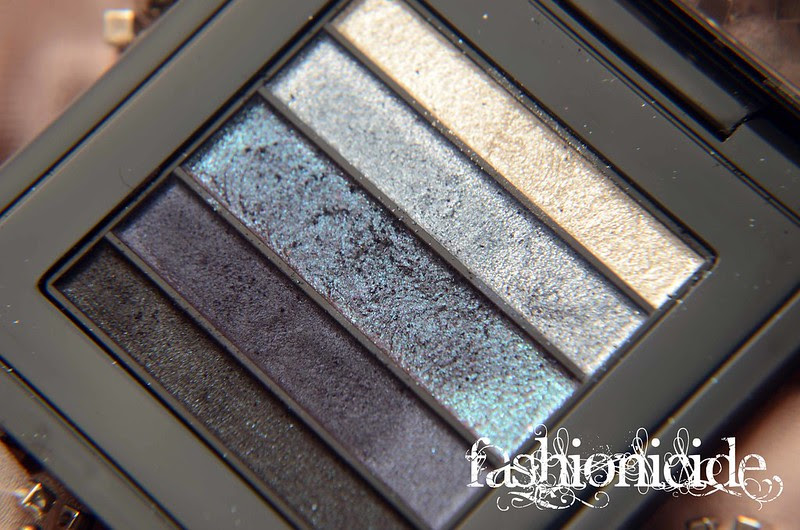 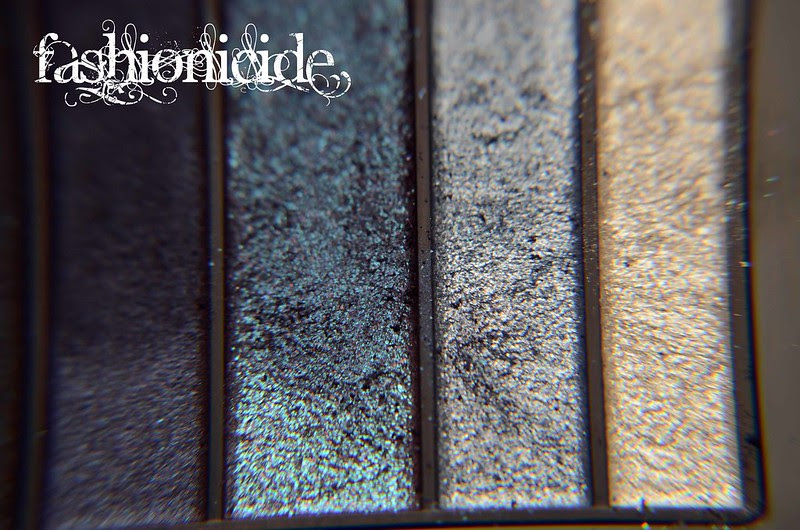 How stunning does this look?

Maybe it was my disappointment about Three Ring Yellow being out of stock (although technically it was never in stock), maybe it was the misleading fluorescent lighting in-store, maybe it was just me acting on impulse or more likely it was a mixture of all three. Either way, I was fooled.

As gorgeous as it looks in the photos, this palette is truly ordinary. Ordinary is probably being a little bit generous actually. The fluorescent lighting definitely played its part in MAC's trickery, beaming down on to every tiny little piece of glitter on the swatch, accentuating the shine and sparkle.

When I took it home, I packed on Bleuluxe 3 (the medium blue in the middle) all over the lid. The colour was quite soft, very sheer and the tiny little glitter particles transferred onto the lid quite nicely, though it did feel a little heavy. I was very, very disappointed with the lack of colour, to the extent I actually wiped it back off. I prefer my eyeshadows to be opaque, and I was probably being naive to think that an opaque, sparkly eyeshadow exists!

After a bit of experimentation I found that to bring out a more intense finish, I needed to apply this wet. This results in a kind of semi-opaque, metallic finish and even then, it doesn't have anywhere near enough intensity for my liking. In the end, I grabbed my tried-and-tested Sleek Ultra Matte Brights Palette, applied the colour 'Bolt' over the lid and lower lash line, with a dab of 'Sugarlite' in the centre of both the lid and lower lash line to add a bit of dimension to the finished eye look.

The results were astonishing. 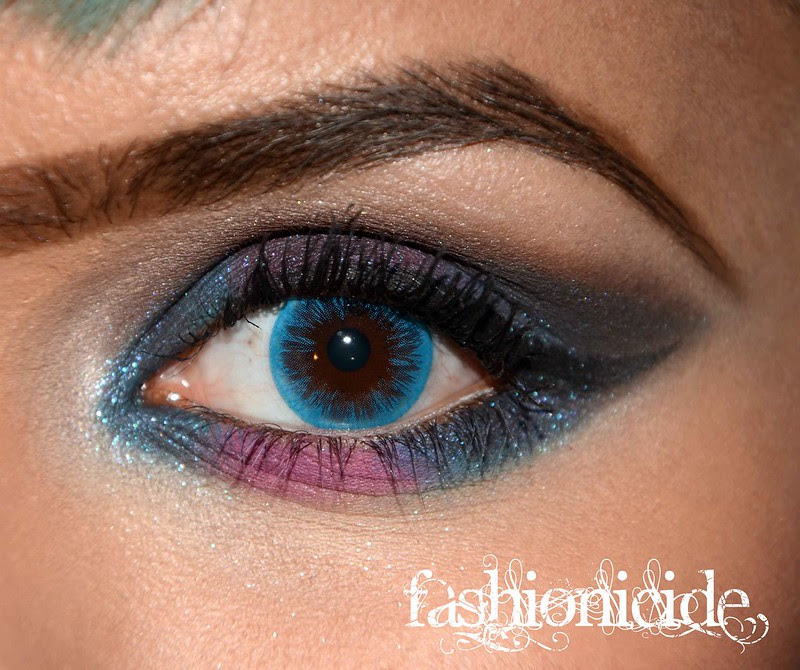 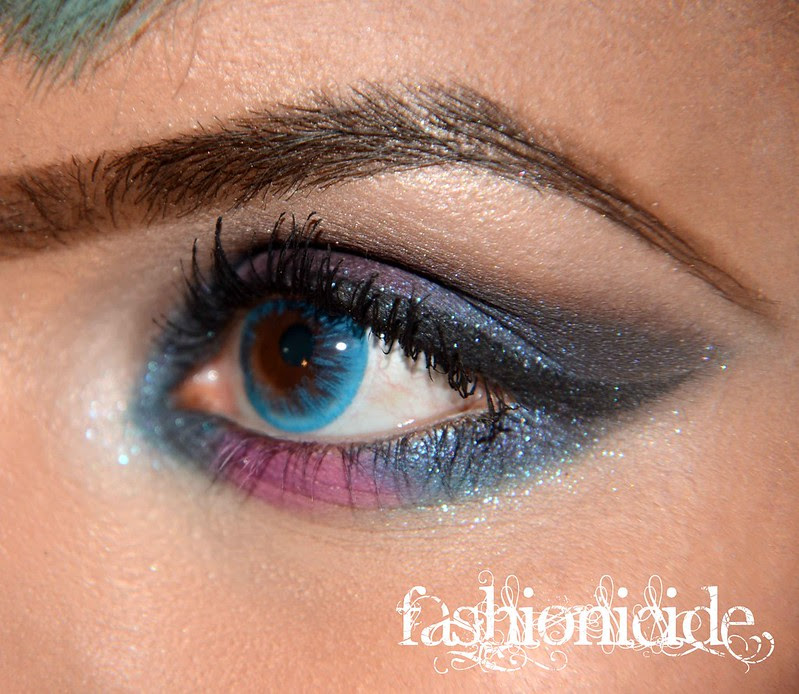 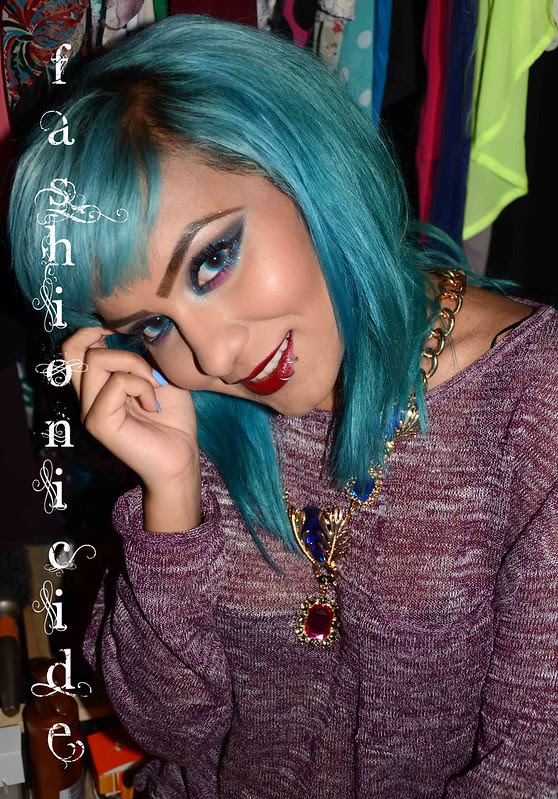 THE REST OF MY FACE:

The finished look is beautiful when using an opaque base eyeshadow underneath, for my look I used the ever-reliable Sleek Ultra Matte Brights palette, but in reality you can just use your own favourite opaque shadow. As good as this look is, there is a teeny-weeny little caveat. The fall-out is pretty bad as you should always expect from a glittery eyeshadow, by the end of the day I had glitter particles all over my face!


As far as the MAC Veluxe Pearlfusion Shadow palette goes, if you are into your big, bold, opaque eyeshadows then I'd give this a miss. It isn't big, it isn't bold, it isn't opaque and it probably shouldn't even be called an eyeshadow either. It's just tightly pressed glitter in a palette.


Having said that, the festive season is on it's way so I'll be using this quite often, if only to make sure I get my thirty quids worth of usage out of it. Yes that's right. £30. Would I repurchase? No. It is ridiculously expensive for what it is and you could purchase a couple of Barry M's Dazzle Dusts to achieve a similar look at a fraction of the price.

Sorry MAC, must do better!