It feels like I haven't banged out a proper nail post for a long, long time! The blogging world has quite rightly gone stir-crazy o...

The blogging world has quite rightly gone stir-crazy over the Barry M  Gelly Hi-Shine Nail Paints. Not only is the range of colours fantastic, but they're bright, cheap and give a super-glossy gel-like finish.

Now, me being a huuuuge Barry M fan, I had to raid Boots and pick up a few bottles. I walked out with a nice mixture including Lychee, Greenberry, Pomegranate and Blueberry. We're all amazed at the lasting power of Barry M's Original Nail Paints, but sadly I was a little disappointed with these. I painted my nails the night before a house party, only to arrive with chips all over my nails!

On one of my wanders through the city centre, I happened to drift into American Apparel. I tend not buy clothes from there as they're usually pretty basic, expensive and the colourful rainbow displays make everything look better than it actually is. A bit like during wintry nights, you have those people selling multi-colour, flashing novelties. Altogether it looks cool, but if you buy one it just looks a bit meh by itself.

I find it difficult wearing just one nail polish on a hand as I have far too many polishes, I usually add 2 or 3 colours onto the same hand. In this case, I went with the one and added some Camden Lock glitter from the Nails INC Graffiti range, it's almost like they were made for each other. 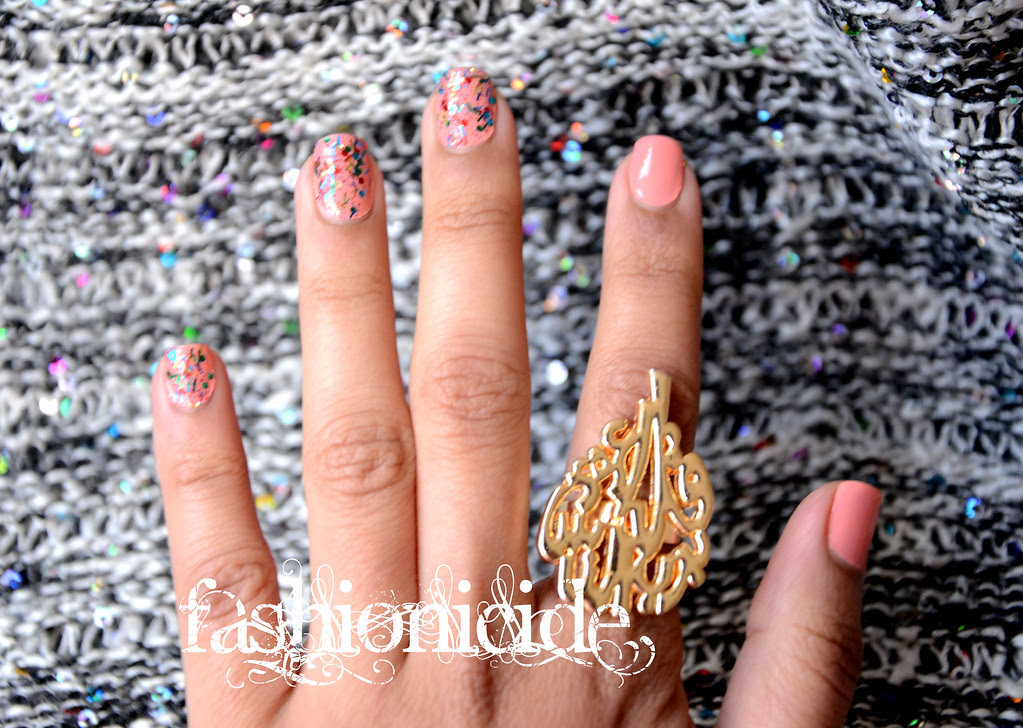 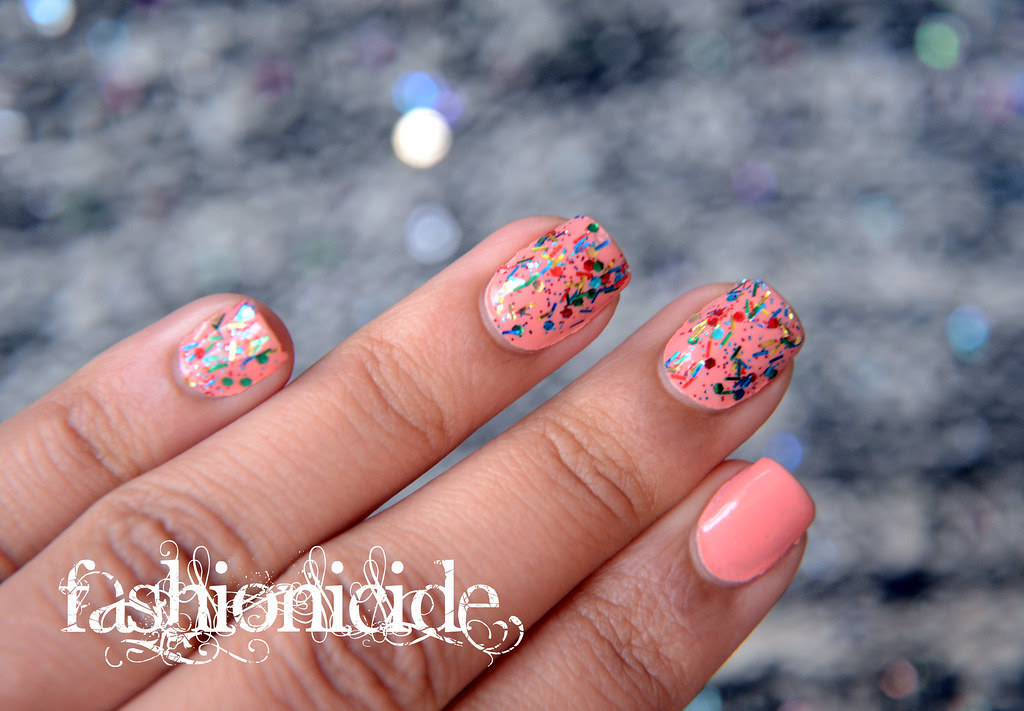 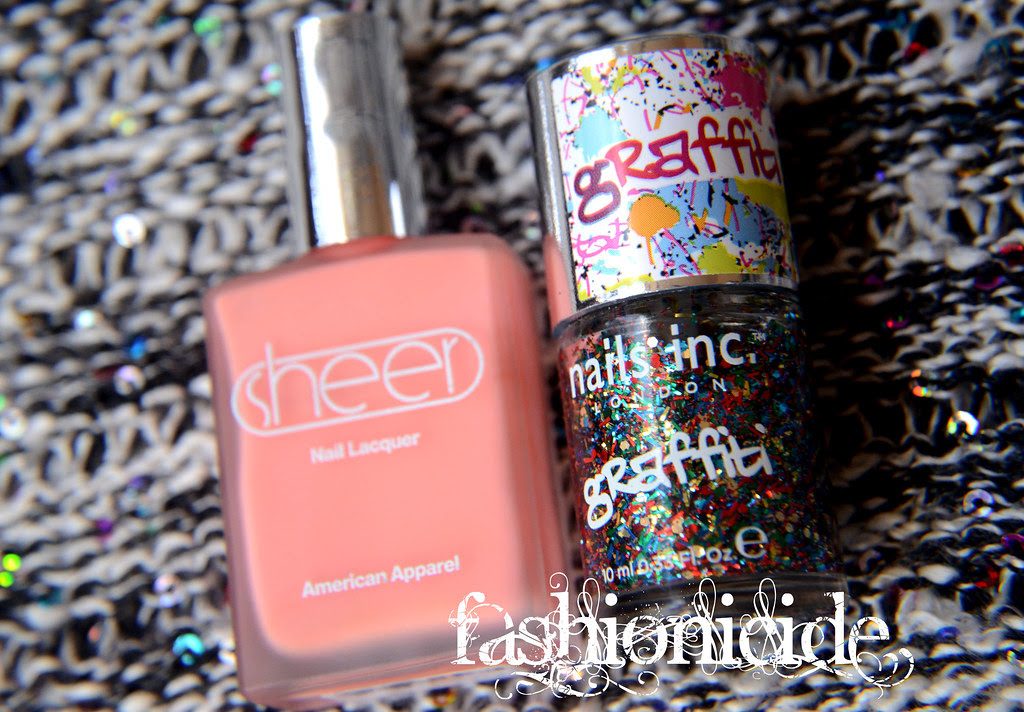 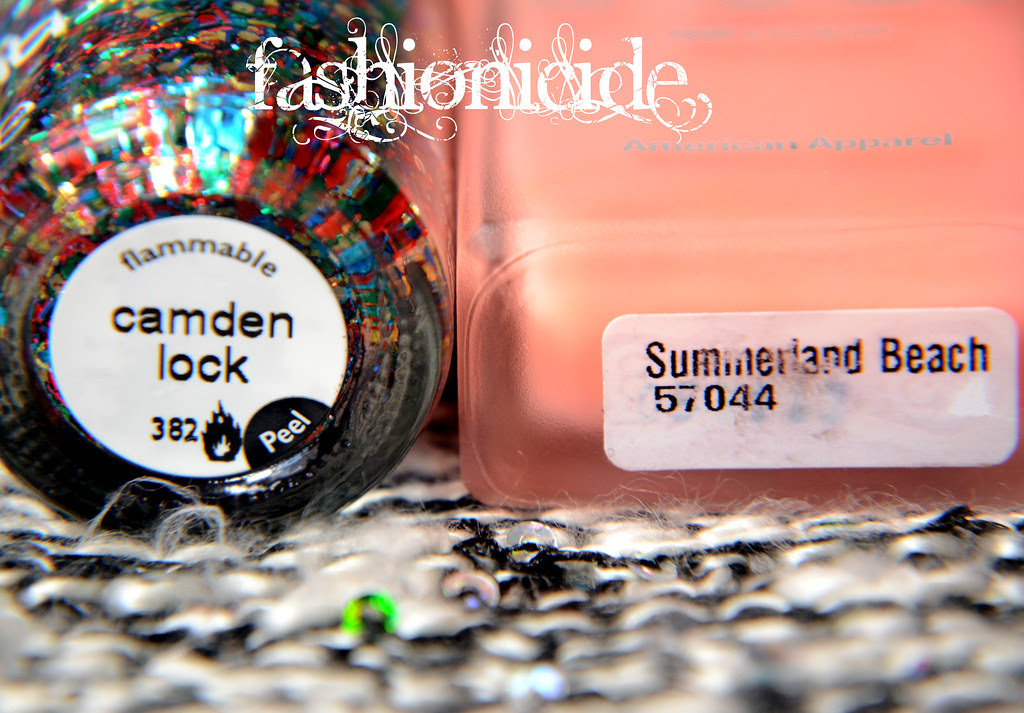 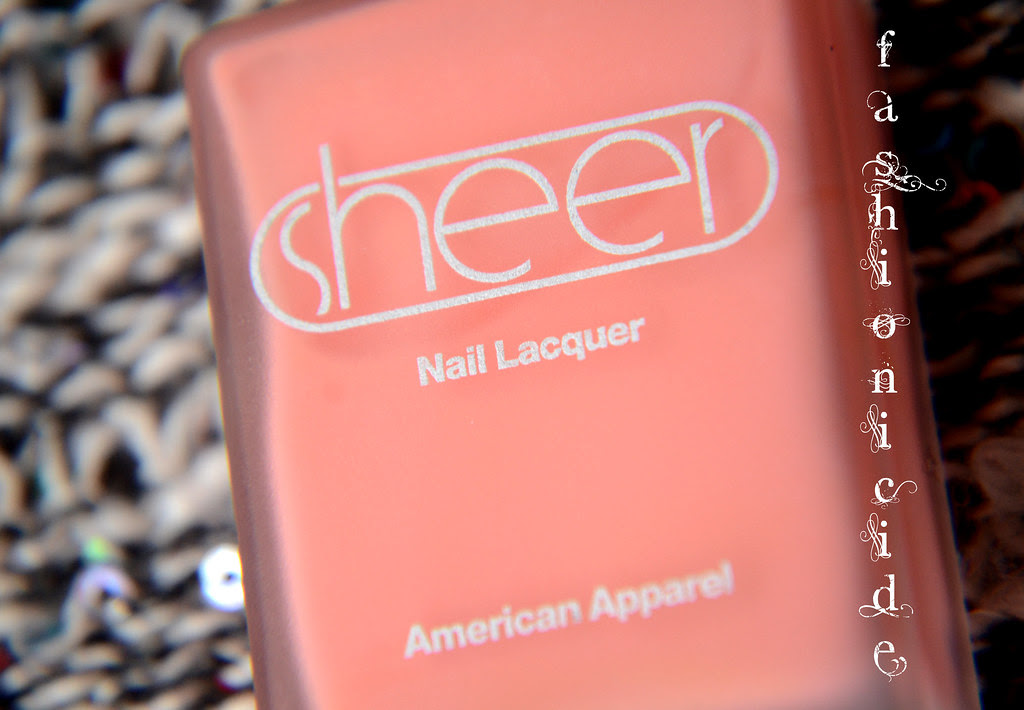 American Apparel Sheer Nail Lacquer in Summerland Beach is a peachy colour with a dash of rose giving it a strawberry milkshake appearance, the formulation is quite runny, but that makes it super easy to apply in thin coats. I have to say that it's also quite sheer so I needed to apply three coats to attain this look, after the second coat the nail line was still visible, but the third covered it. It dries to a glossy, high shine finish quite similar to Barry M's Gelly Hi-Shine. The big difference between these two is the longevity, while Barry M chips after a day, American Apparel was still going strong after three days (as shown in these photos!). 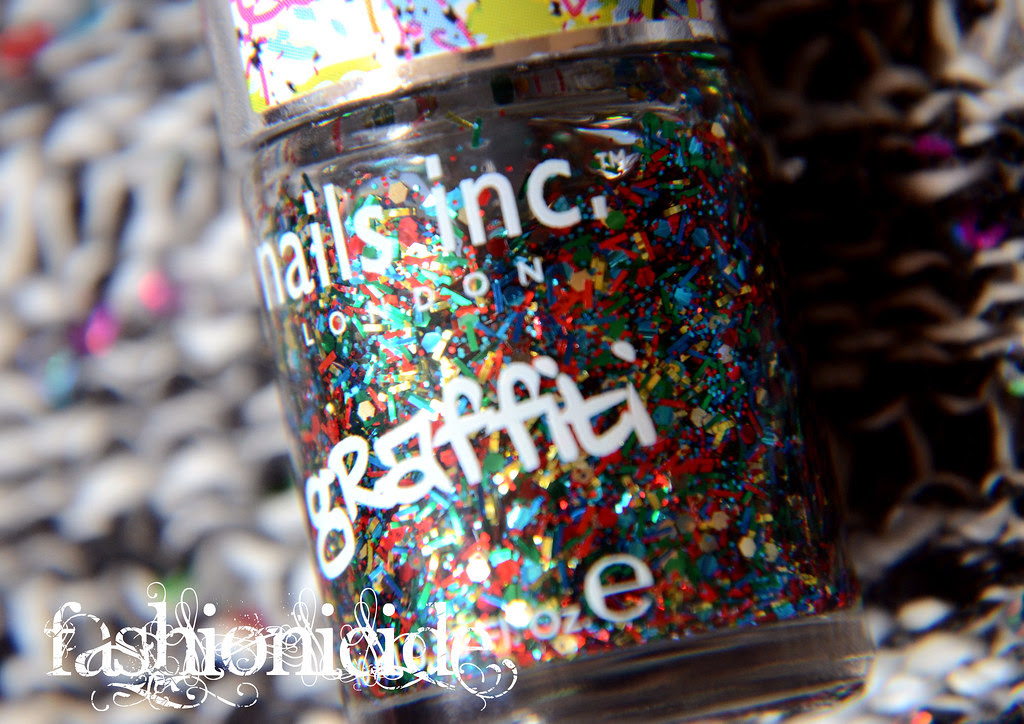 Nails INC Graffiti in Camden Lock is an explosion of glitter in a clear polish. The glitter comes in all different sizes, shapes and colours giving it that edgy graffiti look! I find that just one coat gives a great finish and as with the American Apparel, the longevity of this fantastic!

Back to the American Apparel Sheer Nail Polish though, I do believe this is a great alternative to Barry M's Gelly Hi-shine Nail Paints as the available colours and finish closely resemble each other. The only issue is price, Barry M is priced cheerfully at £3.99 whilst American Apparel looks a bit more daunting at £9. In my opinion though AA beats BM as while it may be 2½ times the price, it does last at least 4 times longer.